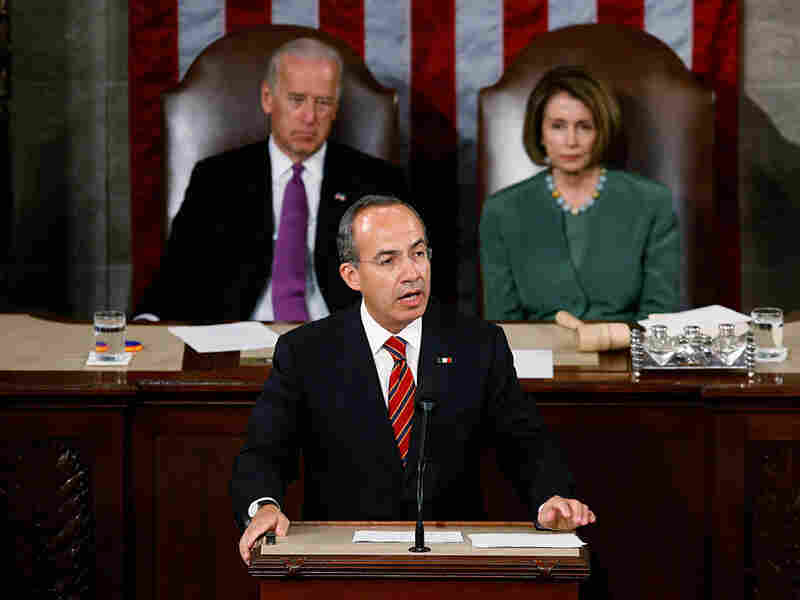 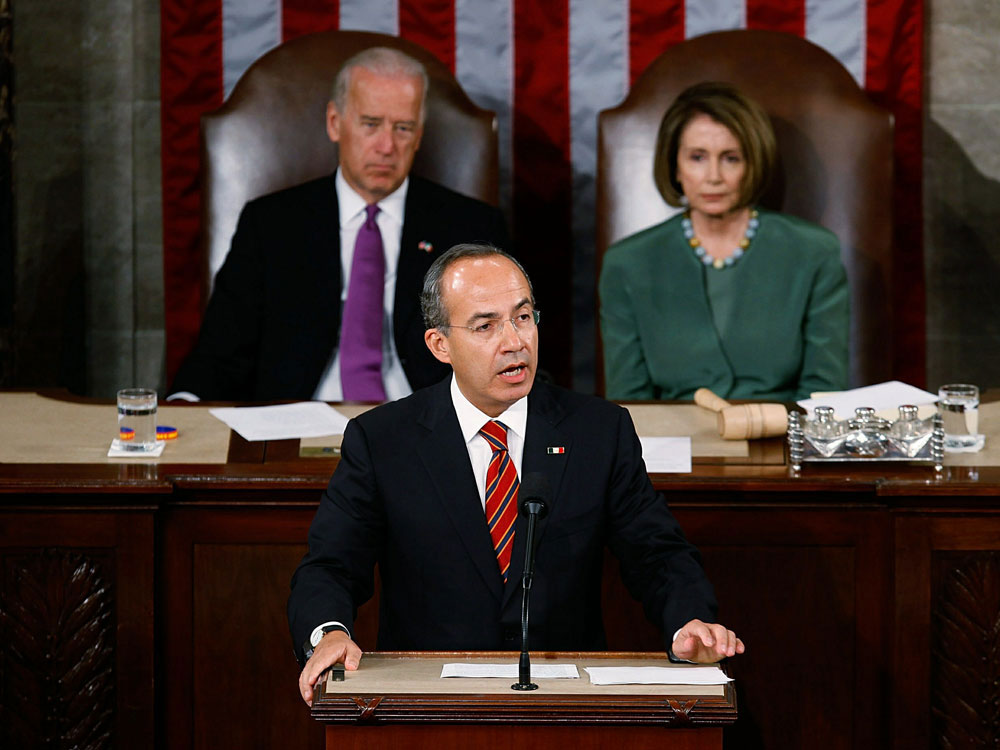 A day after he was wined and dined at the White House, Calderon got a warm welcome in Congress — at least when he was talking tough about battling Mexico's drug cartels.

"One of the main changes taking place in Mexico is our commitment to firmly establish the rule of law," Calderon said, to applause from U.S. lawmakers. "That is why we are deploying the full force of the state to confront organized crime with determination and courage."

But response from lawmakers split along party lines when Calderon started talking about some of the help he needs from Congress.

Calderon says he's worried about the flow of guns from the U.S. to Mexico — and he told lawmakers the violence started to increase in his country soon after an assault-rifle ban expired in the U.S. in 2004.

"I will ask Congress to help us, with respect, and to understand how important it is for us that you enforce current laws to stem the supply of these weapons to criminals and consider reinstating the assault-weapons ban," he said.

Only the Democrats and the large Mexican contingent stood up to applaud that line.

The speech was not particularly well-attended by members of Congress. Staffers in navy blue suits filled up all the empty seats, including several rows in the Republican section.

Calderon managed to split the crowd again on the need to fix what he called a "broken" immigration system.

"I'm convinced that a comprehensive immigration reform is also crucial to securing our common border," he said. "However, I strongly disagree with the recently adopted law in Arizona."

He said the law could lead to racial profiling by police who would have the authority to detain people suspected of being in the U.S. illegally.

Though the Mexican president raised those concerns a lot on his trip — and got a sympathetic hearing from President Obama — the Justice Department has yet to weigh in.

As for immigration reform, Obama acknowledges this will be a difficult time politically to get something done.