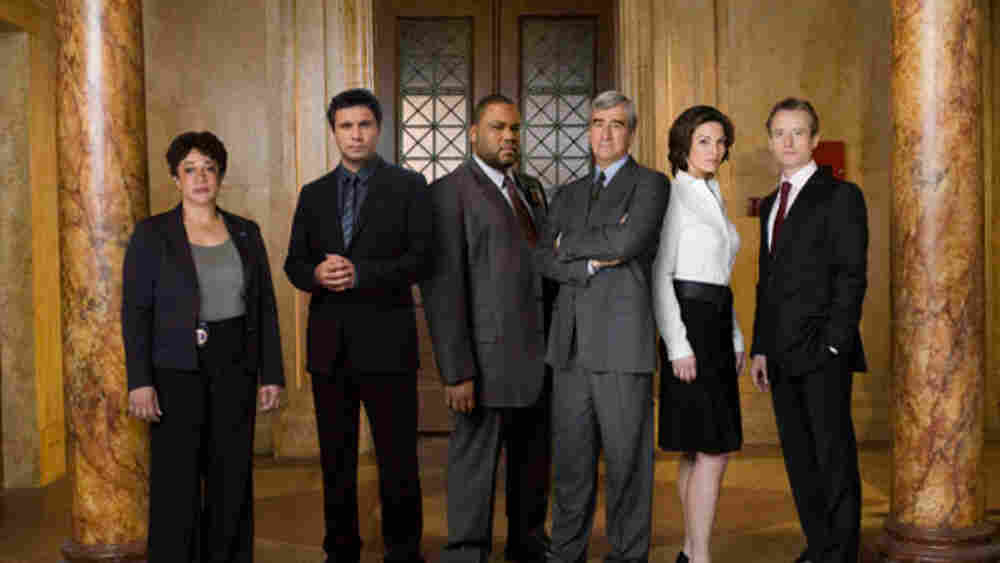 Last week, NBC announced that it would be canceling Law & Order after 20 years on-air. Originally created by Dick Wolf, the decorated crime procedural has featured hundreds of New York-based actors and spun off the series Law & Order: Special Victims Unit and Law and Order: Criminal Intent.

Today's Fresh Air features interviews with series creator Dick Wolf, the late actor Jerry Orbach -- who played Detective Lenny Briscoe until 2004 -- and S. Epatha Merkerson, who played Lt. Anita Van Buren, the series' longest-running character. Below, you can also find Fresh Air interviews with one of the series newest cast members, Anthony Anderson -- as well as interviews with Richard Belzer and Ice-T, both of whom played detectives on Law & Order: SVU. 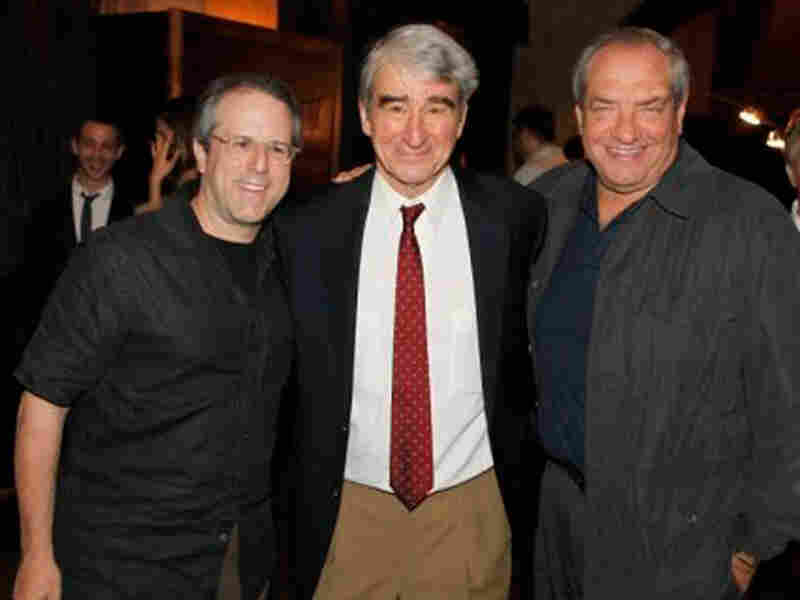 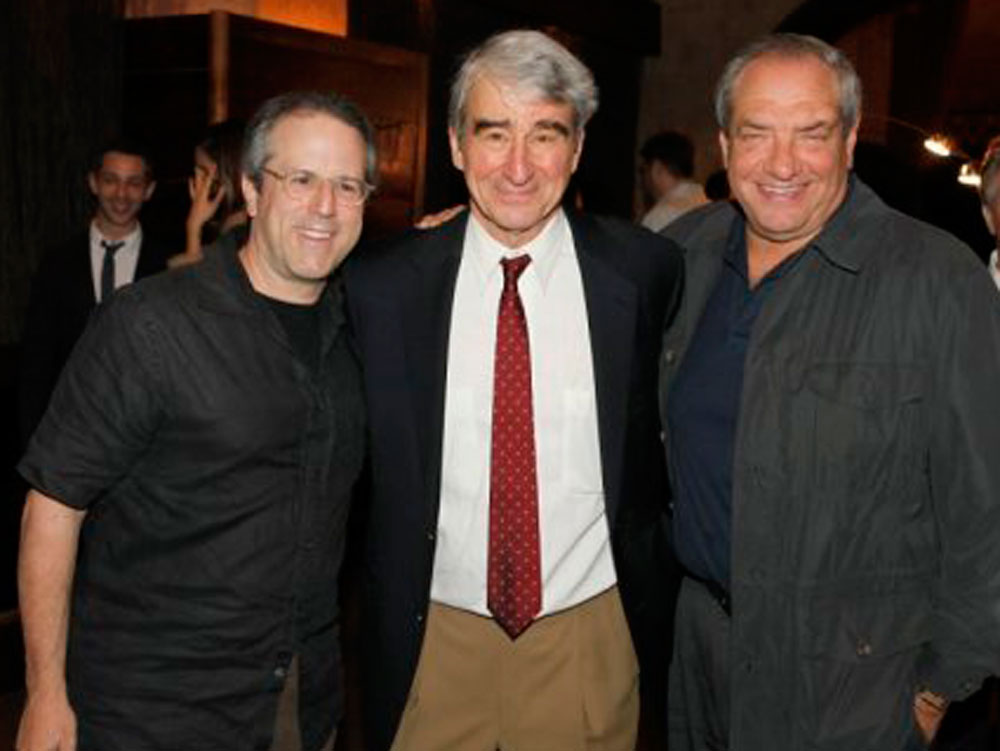 
On the difficulties of casting actors to play the dead body

Wolf: "It's a very, very complex process because everybody wants to be the dead body. It's the only thing that I'm constantly getting requests to be from people. You know, can I be the dead body? And it's highly sought after because you can't be cut out. So, it's a great gig for actors."

Terry Gross: "Yeah, but you don't get to emote or anything."

Wolf: "No. But then nobody can comment on your bad acting, neither." 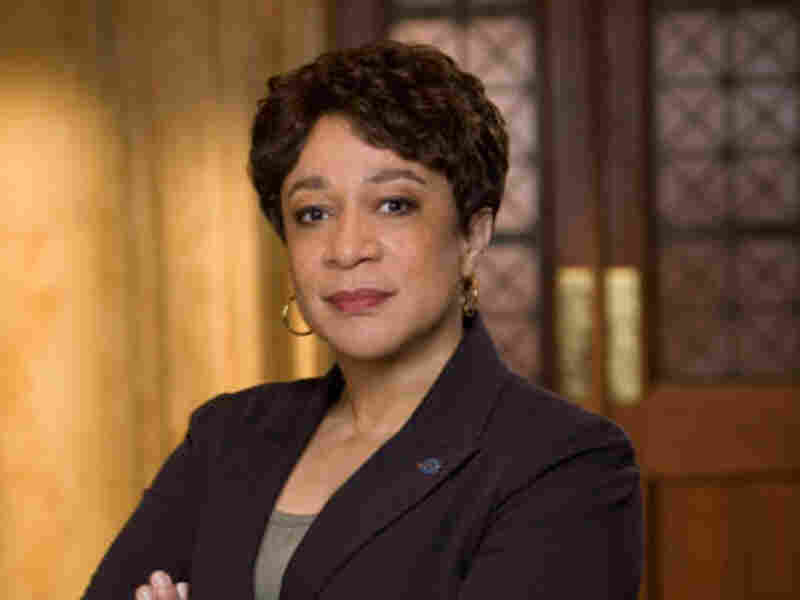 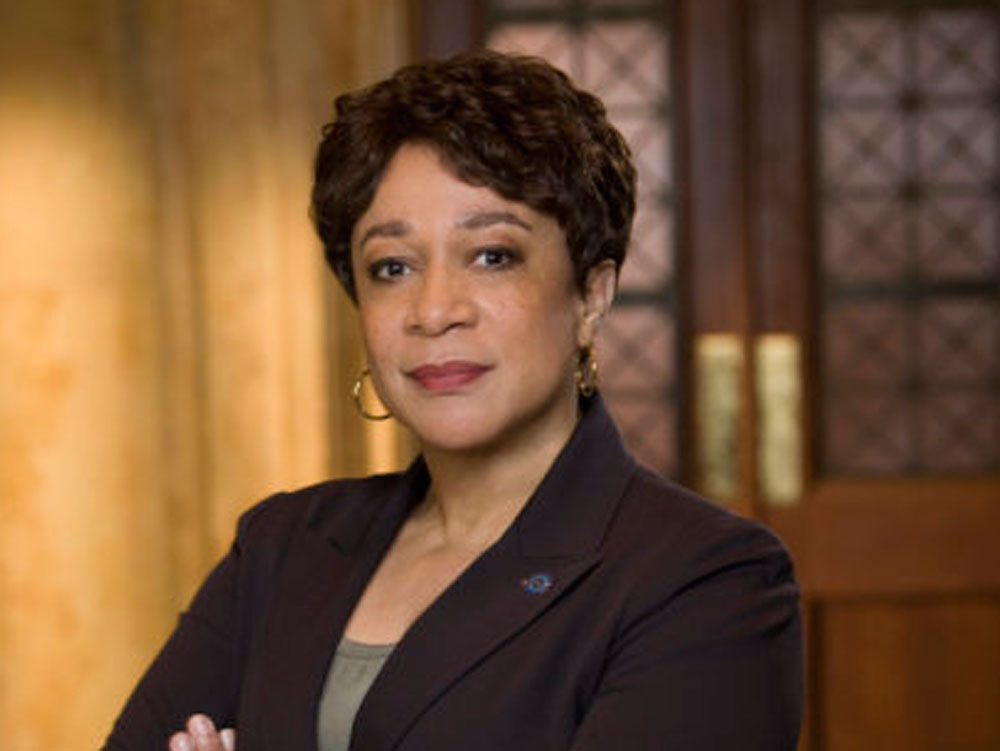 
On how she got the part

On the changes she petitioned for while playing Lt. Anita Van Buren

Merkerson: "Yeah, [I petitioned for a] sense of humor specifically. And, you know, lower that top button, undo the top button on the blouse. We had been doing the top button for about four or five years, and I said, 'I think we can relax her a little bit, undo the button. You know? Undo a couple of buttons. Let her loosen up a little bit.' " 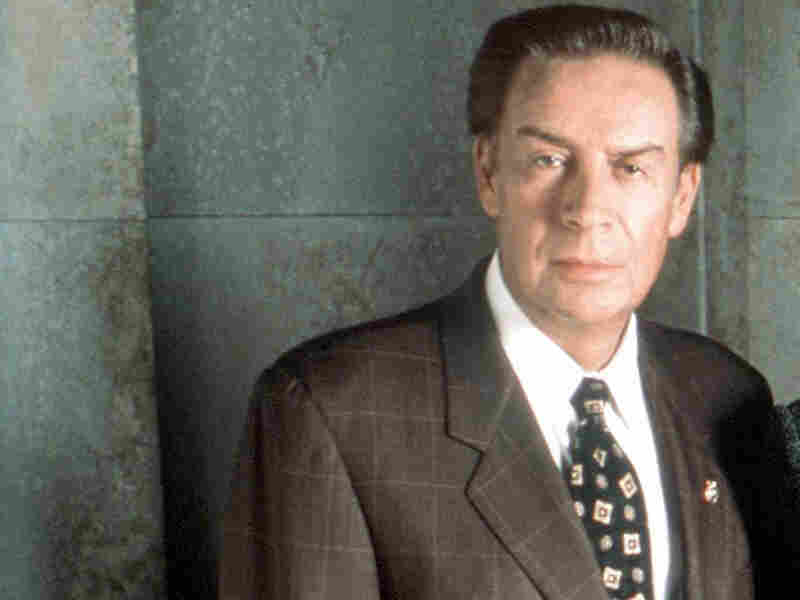 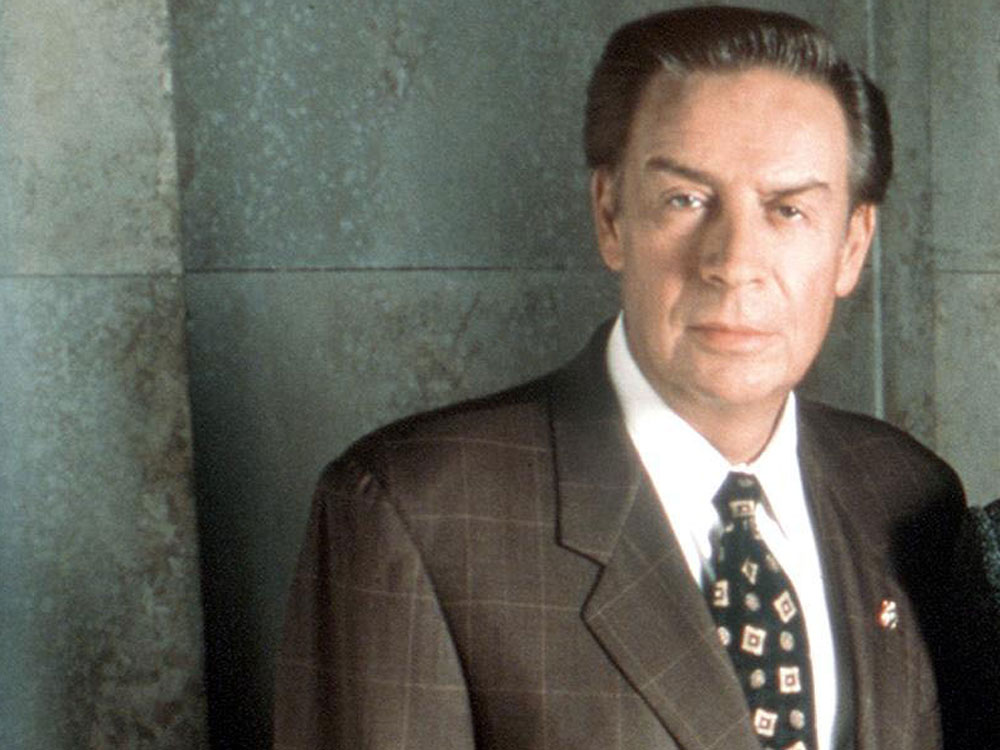 On why he stayed in New York City throughout his career

Orbach: "I always sang and loved singing and studied it. I came to New York after I got out of Northwestern. I was a very serious young actor, wanted to and did study with Lee Strasberg, Herbert Berghof and Mira Rostova, and I worked at The Actors Studio. But the first job I got in New York was to replace the street singer in The Threepenny Opera. And I actually then replaced [the person playing] Macheath [who sang the song] "Mack the Knife" for about six months -- [I] worked with [the actress] Lotte Lenya and everything. And I went from three years in The Threepenny Opera to originate El Gallo in The Fantasticks, which gave me a springboard to Broadway in a show called Carnival. And I just kept going from one show to another, one musical to another, and it was a terrific life. My kids were being born and I was raising a family in New York and all my friends who couldn't sing, who were desperate and out of work and couldn't get a job off-Broadway or anything all went to Hollywood. And some of them became big stars out there. And that's sort of what I wanted to do in the background. I'd always wanted to do that -- work in film. But it just didn't seem to work out that way. I kept working and it was all right." 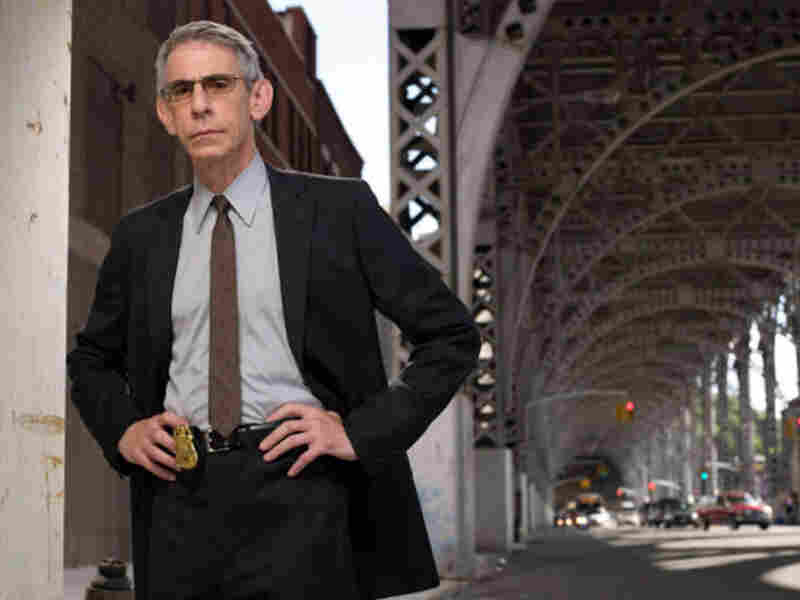 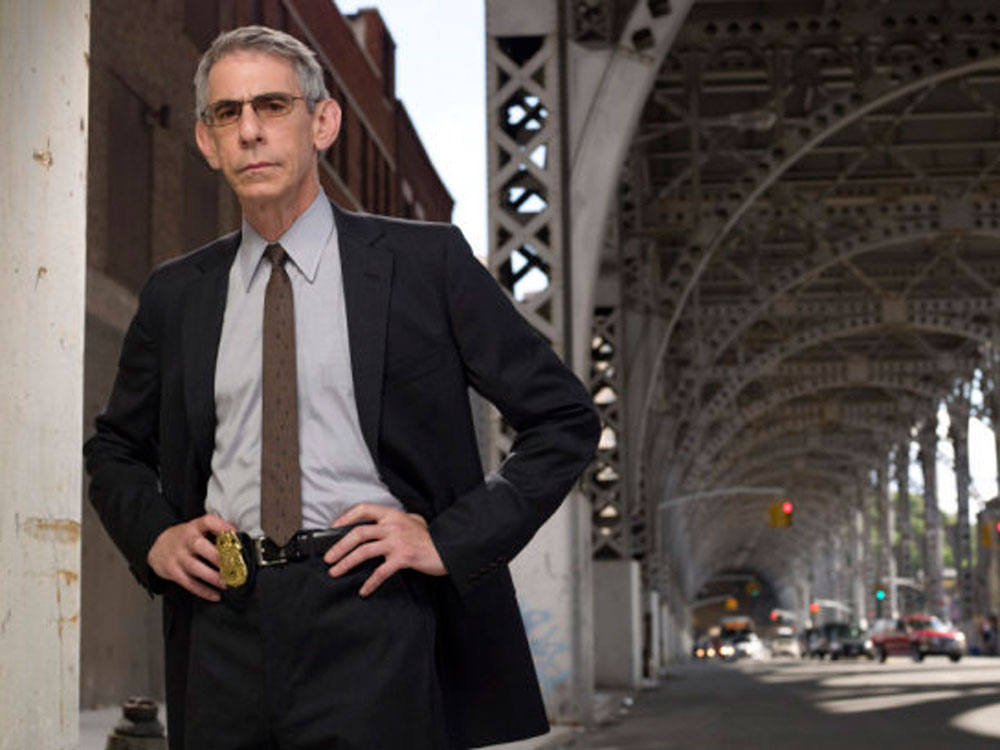 Before Richard Belzer played Detective John Munch on Homicide: Life on the Street and Law & Order: Special Victims Unit, he was a stand-up comic working in the nightclubs of New York. He joined Terry Gross on Nov. 21, 1989, to discuss his comedy career.

Belzer: "My wit has saved me more than once. And I found that when I was a kid, the tough guys -- a lot of the tough guys in the school -- liked my wit. So I would hang around with some tough guys and we would come across some other people and I would like, put them down and they would go to beat me up -- and my friends would beat them up. So I never really had to get into any fights, really. Because I would instigate a fight and then Vinny or Rocko or Vito would do the rest."

On whether his tough family life helped his comedy routines

"I don't think you can regulate a facility to be funny or any talent to a specific psychological situation. I think it has to be talent that is naturally intrinsic to the person and then if there's a psychological situation that makes it come out -- I mean, I don't think every kid that was hit grows up to be a great boxer or a great comedian. But I think there has to be something there and the two have to work together."

"It was thrilling in those days to be a part of that because -- regardless of what anyone said -- a lot of people didn't know how that was going to be accepted. This was like giving the kids the key to the store -- to have all of these 'anti-establishment' people have a TV show on a network. So they asked me to do some sketches and do the warm-ups. I just kind of did what I did in nightclubs. I talked to the audience. I did some of my material but I tried to improvise and ad-lib as much as I could. And it was fascinating doing that in a television studio and not in a nightclub. So it was an interesting situation to be in." 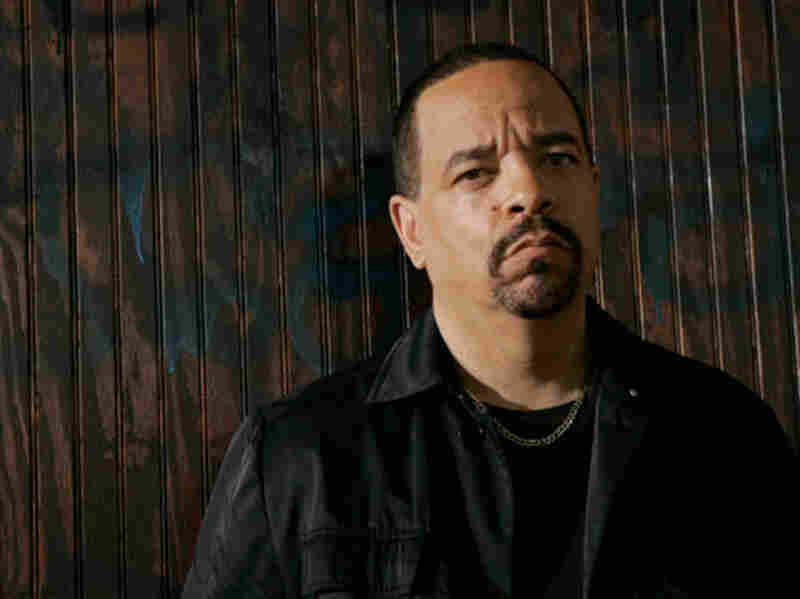 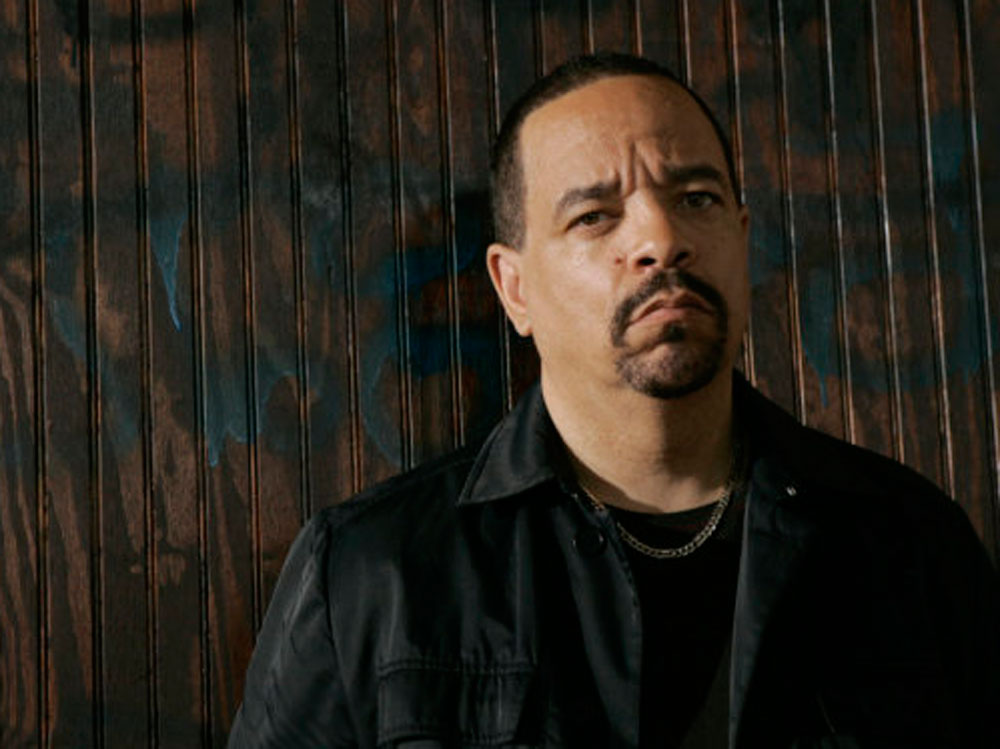 
Since 2000, rapper and actor Ice-T has played Detective Odafin 'Fin' Tutuola on Law & Order: Special Victims Unit. He spoke to Terry Gross on Feb. 15, 1994, about his gangsta rap career and playing a cop in the movie New Jack City.

On playing characters while he's rapping

"There are lots of ways to rap. Sometimes I play characters and I can play a drug dealer or a drug addict. I can become any person. Like [in my song] 'Cop Killer' I became a psychopath who went on a rampage. That's not me. I'm not a psychopath who went on a rampage. I make records. So I can become certain people. Other times I just say crazy things. And other times, I say things that are sincere and true. And I mean them."

On playing an undercover cop in the movie New Jack City

"When I made 'Cop Killer' I was playing a character other than myself. I can understand some of the ideas behind 'Cop Killer,' and I can understand being pushed to a manic level, but when I did the movie New Jack City, I was kind of concerned, but it was more like 'Why does the answer to the problem have to be the police? Why couldn't I play just a citizen that wanted to change the city? Why when the hero comes out, does it have to be the police?' But I talked around and I played it and I played the cop that I wish all cops were like. I think I played a good cop." 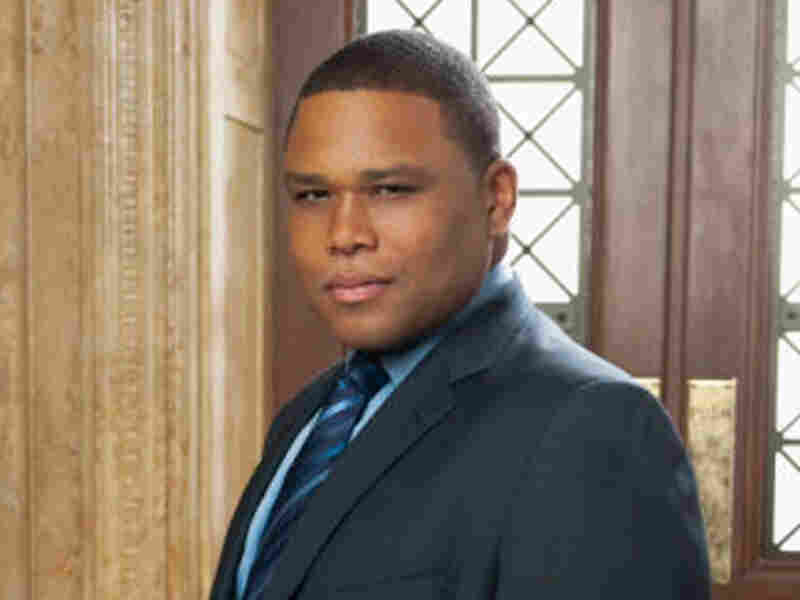 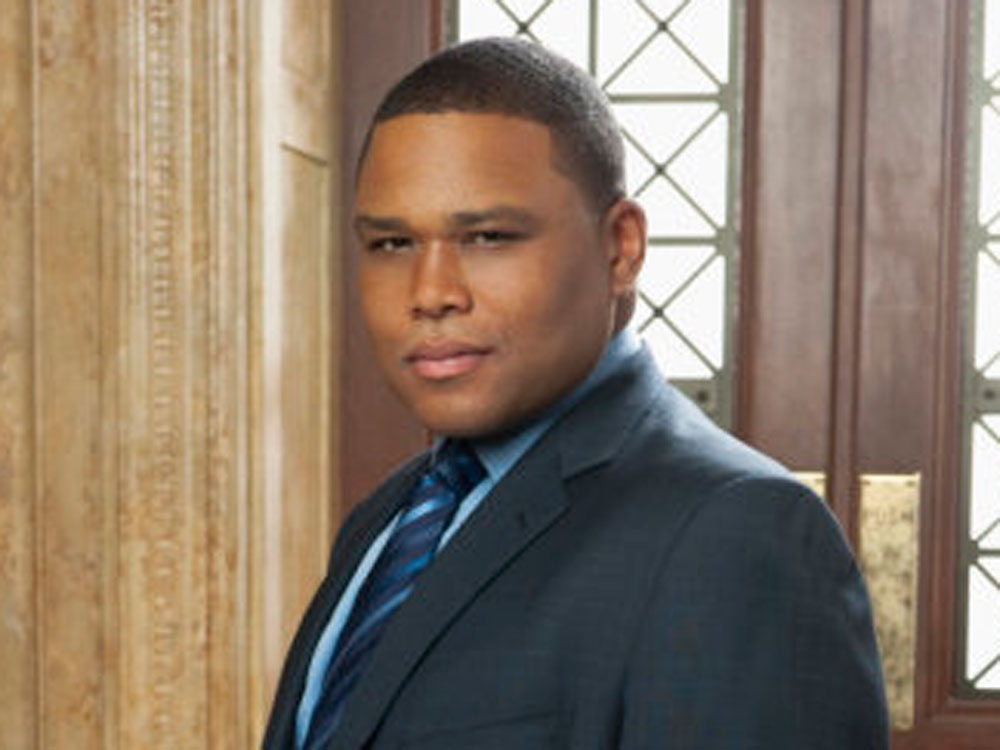 
In 2008, Anthony Anderson became one of the newest detectives on Law & Order, playing Detective Kevin Bernard for the past three seasons. On Dec. 5, 2008, he spoke with Fresh Air contributor Dave Davies about his acting career and his roles on The Shield and K-Ville.

"It was 1 a.m. We got a call that, you know, this was a narcotics house. And so, the SWAT rolls there. They secure the perimeter, and they moved in. And it actually just happened to be a crack den. So, they pull out 11 addicts. Handcuff them to one another round the Suburban. You know, they're all tweaking. And one guy looks over, and I know he's really tweaking now because he's looking at me. He's like, oh, oh, damn, that's Kangaroo Jack. That's Kangaroo Jack! Oh man! You done made my night. You made my night!! And I was like brother, you are handcuffed to 10 other crackheads surrounded by SWAT with assault rifles about to go down. And you're telling me, you want my autograph, and I've made your night? He was like, oh yeah man, yeah. And I was like OK, OK. So that was, that was one of the lighter moments of rolling around with SWAT."

On what his father thought of his acting career

"You know, my father was a man's man, and so he really couldn't grasp that concept of me wanting this. You know, to the point where we got into an argument when he asked me what I did, and I was like, 'I'm an actor.' He grabbed the remote control and turned on the television and flipped through the channels and pointed out people who were really acting. He said, 'Now, where are you?' And I was like, 'Wow. OK, Pops. OK, you got me.' But you know, so that's what it was about and you know -- and before he passed on he was able to see my career and to see my successes and enjoy that with me, and you know, we sat and we'd talk about it, and he understood."