Accessibility links
Perjury Trial Opens For Police Officer Tied To Torture Officials claim former Chicago police Cmdr. Jon Burge oversaw the torture of more than 100 men. The first allegations date back 40 years, but Burge avoided prosecution because the statute of limitations had expired. Two years ago, prosecutors finally brought charges against Burge, though not for torture. They say he lied in a civil suit about the crimes. 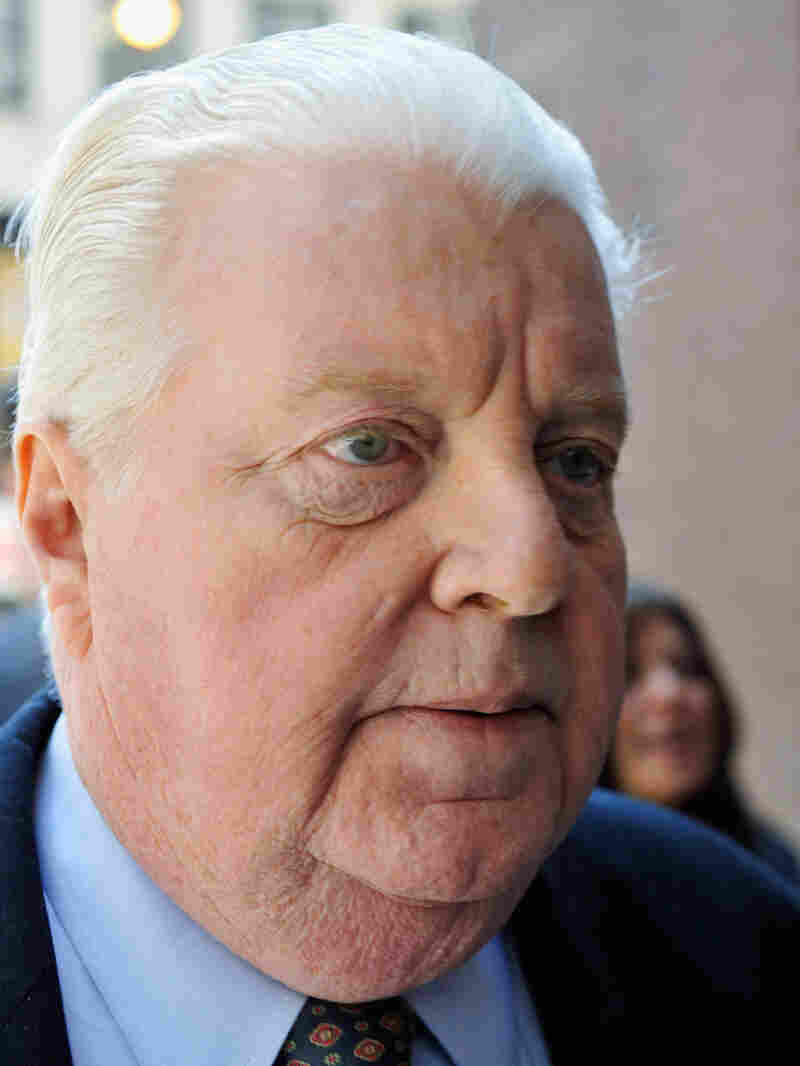 Former Chicago police Cmdr. Jon Burge leaves a federal building earlier this month as attorneys prepared for his trial. Burge is charged with perjury and obstruction of justice and is a key figure in an investigation of alleged police torture. Brian Jackson/Chicago Sun-Times hide caption

A one-time Chicago police commander who officials say oversaw the torture of more than 100 black men goes on trial Monday.

Prosecutors say detectives under his command on the city's South Side tortured suspects until they confessed to crimes they may or may not have committed.

That's what Darryl Cannon says happened to him in November 1983. Cannon says police picked him up and drove him to a desolate spot on the city's southeast side, halfway between downtown Chicago and Gary, Ind. It's bordered by a huge landfill and waterways and large industrial buildings.

Cannon says police didn't think he committed a murder but that he had information about it.

At that time, Cannon was part of a gang, and he'd already done time for killing a store owner during an argument. But Cannon wouldn't talk to police, so officers handcuffed his arms behind him and then hung him from the cuffs, so his arms were forced up backward.

"They told me, 'Holler all you want. Ain't nobody going to hear you or see you,'" Cannon says.

Cannon still wasn't talking, so the officers took a shotgun out of the trunk and forced it into his mouth.

"And they would pull the trigger. When they pull the trigger, click. It was hell. Third time they did that, in my mind, it seemed like the back of my head was being blown out," Cannon says.

Cannon says the officers then repeatedly shocked him with a cattle prod. He says his insides burned.

He confessed to the murder even though he says he didn't do it.

"After being tortured the way that I was, you will agree to anything. You will agree that your mother killed somebody," Cannon says.

Cannon spent more than 20 years in prison, but after a hearing on his tortured confession, prosecutors dismissed his case in 2004. Now he's suing the city of Chicago for wrongful conviction.

For two decades, judges and juries didn't believe gang members with criminal records over decorated police officers. But the allegations were so widespread, they eventually led to a police investigation that found systematic torture in the South Side region where Burge was a commander. Burge was fired in 1993.

Inmates whose murder convictions rested solely on confessions that were beaten out of them started being exonerated.

On his last day in office in 2003, Republican Gov. George Ryan gave a speech that made headlines around the world.

"Because the Illinois death penalty system is arbitrary and capricious, and therefore immoral, I no longer shall tinker with the machinery of death," Ryan said.

Ryan cleared the state's death row, commuting the sentences of more than 150 people.

It was a major victory for torture victims, but Burge himself still hadn't been prosecuted.

Public outcry eventually led Cook County to appoint two special prosecutors to look into the allegations. In 2006, after four years and several million dollars, prosecutors found that there was evidence to show beyond a reasonable doubt that torture had occurred, but the statute of limitations had expired.

Special Prosecutor Robert Boyle had to defend that finding.

"It isn't that nothing can be done because of us, because when we got this case, the nothing had already been done," Boyle says.

Two years ago federal prosecutors finally brought charges against Burge, though not for torture. They say he lied in a civil suit about the torture, and they've charged him with perjury and obstruction of justice.

Burge is pleading not guilty. If he's convicted he'll lose his pension and possibly go to prison. That could bring some comfort to alleged victims, though there are still 20 inmates who are awaiting hearings on their confessions.