Accessibility links
Lydia Mendoza: The First Lady Of Tejano Before there was Jennifer Pena, Laura Canales or Selena, one woman rewrote the rules of Texas-Mexican music and became a voice for the impoverished throughout Latin America. 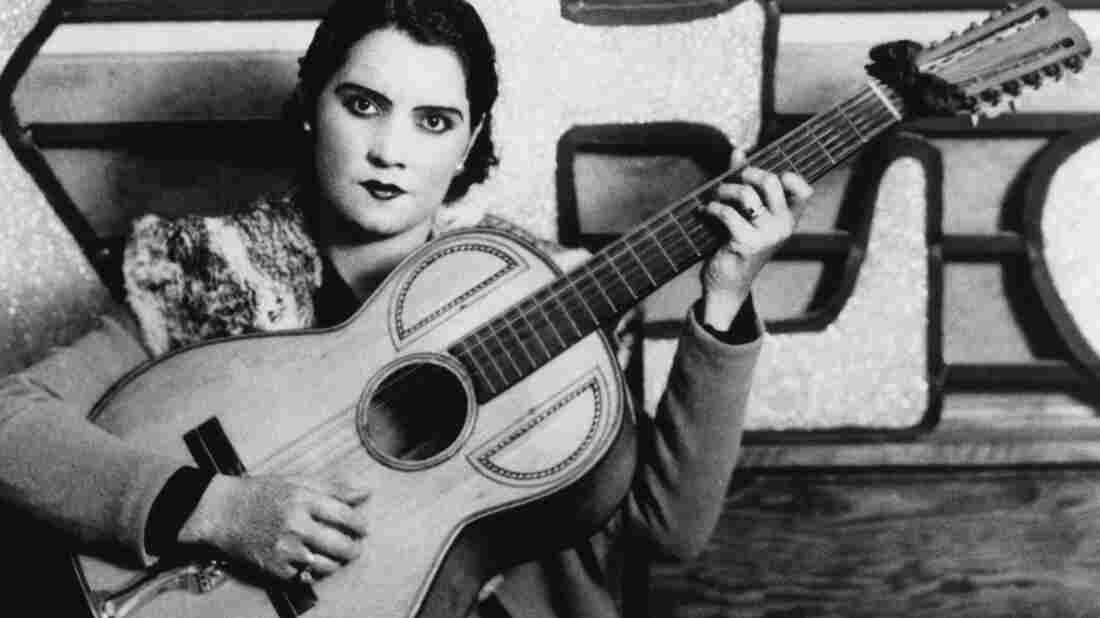 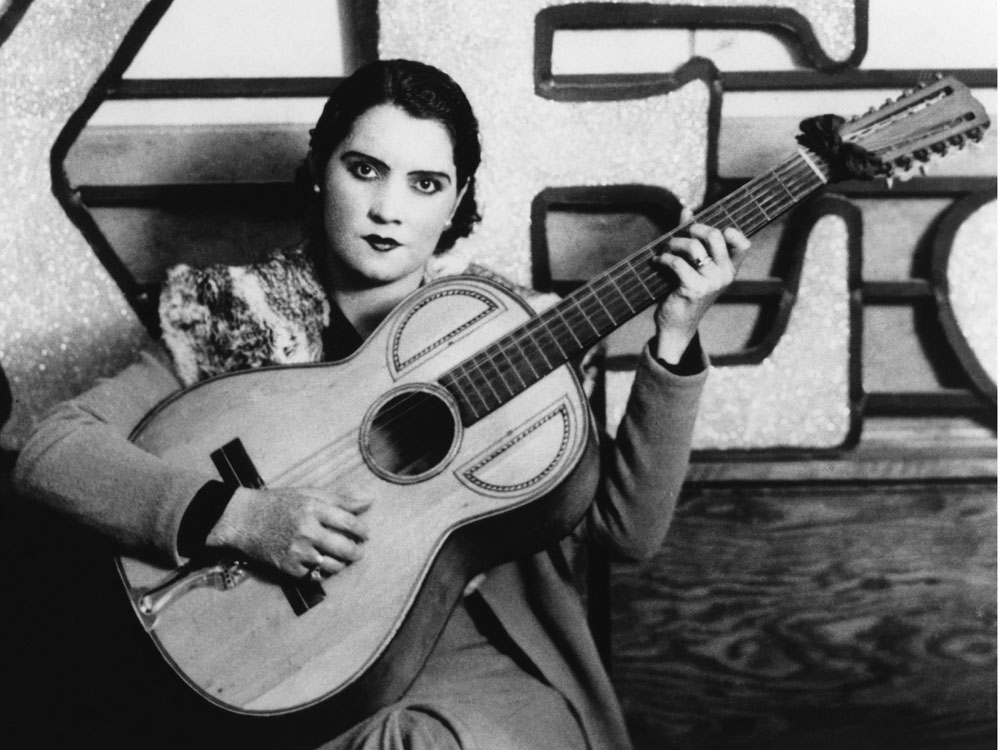 They called her the "Lark of the Border." Lydia Mendoza was the first star of recorded Tejano and Norteno music. Thanks to her 12-string guitar and her clear, heartfelt voice, she became a sensation throughout Latin America in the 1940s and 1950s. She died in 2007 at the age of 91 after a career that spanned eight decades.

Salome Gutierrez, the 79-year-old owner of the Del Bravo Record Shop in San Antonio, specializes in Tejano music. He keeps Mendoza's guitar, her colorful stage dresses and a neon-framed photo of her from 1948. Gutierrez first heard her sing in a bullring in Nuevo Laredo in 1950. People went crazy.

"There were other female singing stars -- one in Mexico, one in Brazil," he said. "But for our people -- Texas Mexicans -- she was the greatest of all."

Mendoza was born in Houston to Mexican parents, who were part of the great wave of their countrymen who fled the revolution for South Texas. By the time she was 11, she was singing and playing guitar in the Mendoza family band. They performed in restaurants, street corners, fiestas -- anywhere they could pass the hat. They barely made enough to eat.

The Mendoza family briefly followed the migrant trail, picking beets in Michigan, but quickly learned that playing music paid better and was a lot easier on the back. 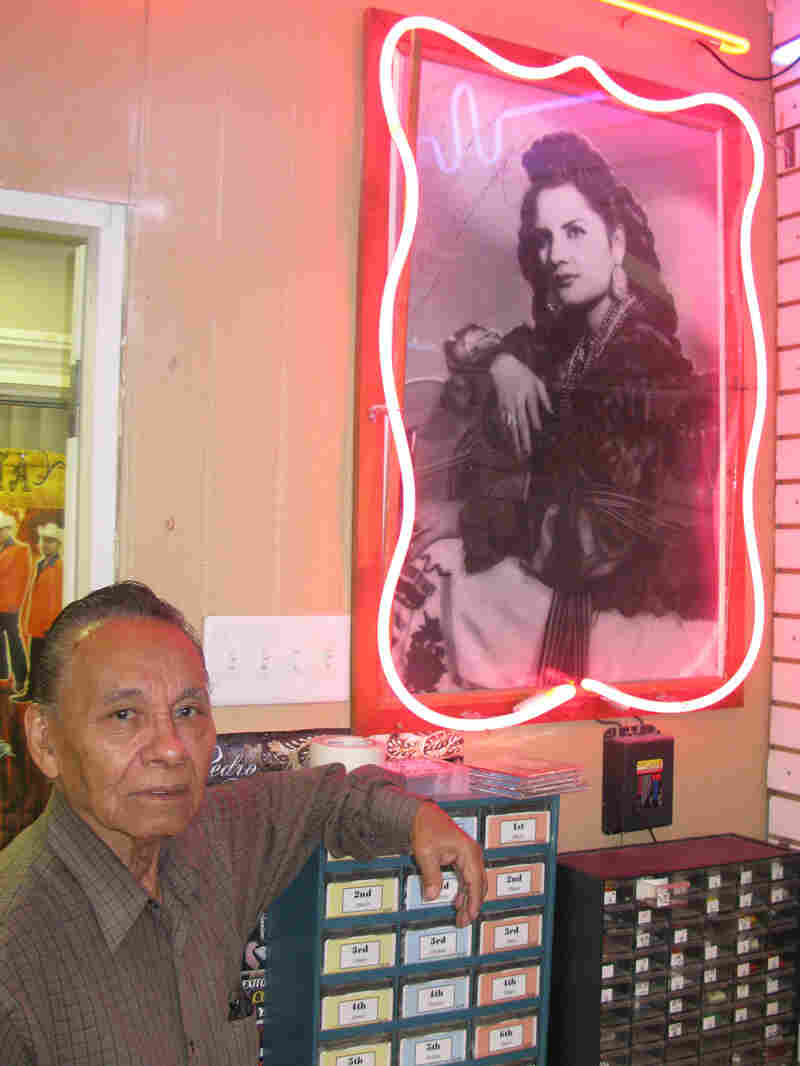 With her clarion voice, muscular guitar style and smoldering beauty, Lydia soon emerged as the star of the Mendoza ensemble. So in 1934, Lydia recorded her first solo single, the tango "Mal Hombre," or "Bad Man," which would quickly become her signature song.

Rita Vidaurri, one of Mendoza's oldest friends and a fellow Tejano singer, said Mendoza differed from many musicians of the time by performing solo with only a guitar. Mexican female solo performers were rare back then.

But what also set Mendoza apart was her audience -- she became known as the Singer of the Poor.

"Lydia sang in the vernacular, which means in the peoples' way of singing, not the highly trained or theatrical performers," said Chris Strachwitz, owner of Arhoolie Records. "She sang like the Carter Family -- just their natural self, you know."

Strachwitz released two Lydia Mendoza albums on his Arhoolie label, and co-produced a classic documentary about border music, Chulas Fronteras. In the film, Mendoza talked about her approach to every song she ever sang.

"It doesn’t matter if it's a corrido, a waltz, a bolero, a polka or whatever," she said. "When I sing that song, I live that song."

Late in Mendoza's career, after her crowds had diminished, she began to be recognized for her tremendous contribution to Mexican American music. She received nearly every accolade available to a Tejana artist, culminating with the National Medal of Arts in 1999.