Accessibility links
Kagan Would Likely Sit Out Some Cases In First Year Elena Kagan's current job as solicitor general would present a conflict of interest if she is confirmed to the Supreme Court. The nominee has said she would not participate in any case in which she signed the brief and would also "look to the letter and spirit" of the Code of Judicial Conduct for further guidance. 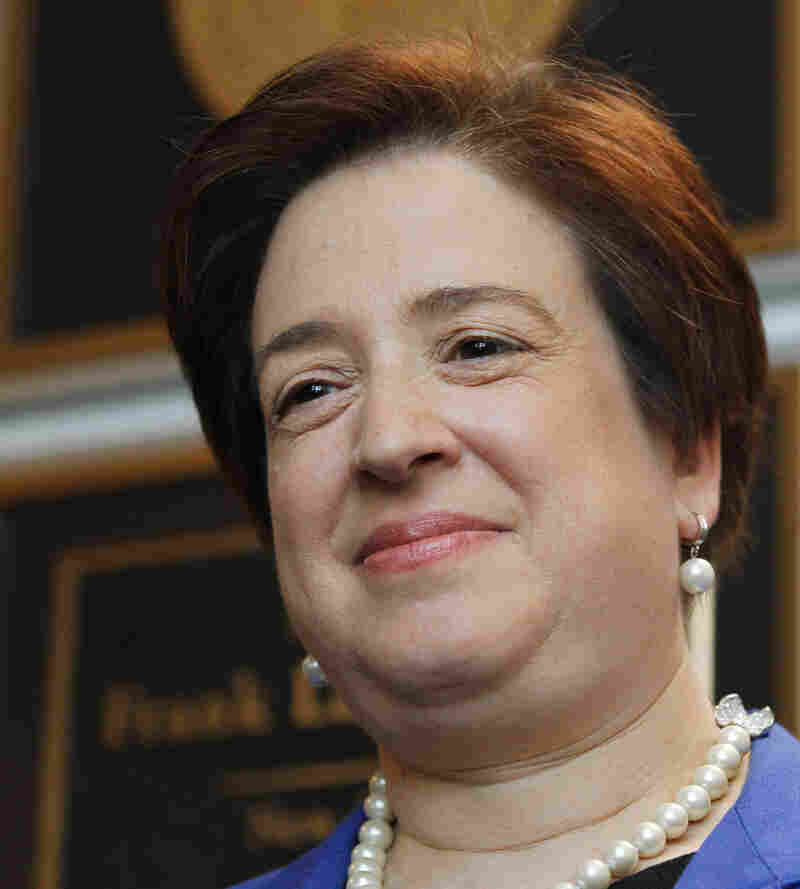 If confirmed to the Supreme Court, Elena Kagan would have to disqualify herself from a number of cases because her current job as solicitor general would present a conflict of interest. Manuel Balce Ceneta/AP hide caption 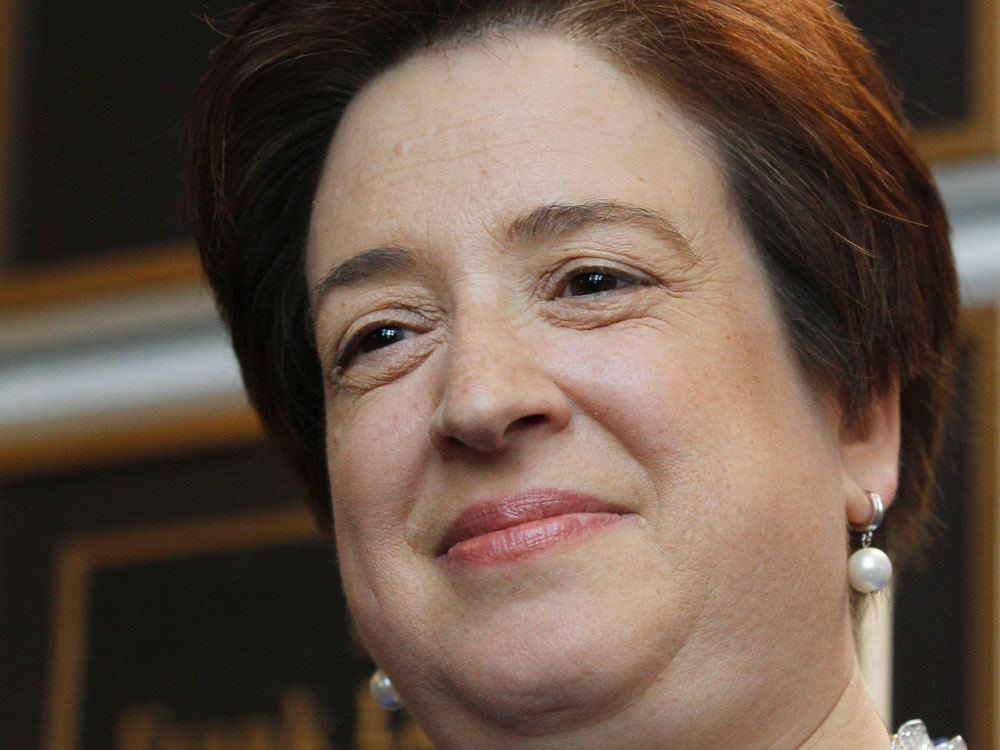 If confirmed to the Supreme Court, Elena Kagan would have to disqualify herself from a number of cases because her current job as solicitor general would present a conflict of interest.

Supreme Court nominee Elena Kagan will have to disqualify herself from ruling on a significant number of cases if she is confirmed. That's because for the last year, she has served as the government's chief appellate advocate, and the government is a party in roughly 40 percent of the cases heard each term.

The last time a solicitor general was elevated to the court, the justice was Thurgood Marshall. In his first year, he had to disqualify himself from about half of the cases the court heard. For a variety of reasons, though, the numbers for Kagan are expected to be far lower, more like a fifth or a quarter of the cases.

On her Senate Judiciary Committee questionnaire, Kagan answered a question about recusal by saying that, if confirmed, she would not participate in any case in which she signed the brief and that she would also "look to the letter and spirit" of the Code of Judicial Conduct, embodied in federal law, for further guidance.

The rules on disqualification spelled out in the code are fairly straightforward, according to NYU law professor Stephen Gillers, author of a leading text on legal ethics.

"The basic rule is that if she worked on a case, whether or not her name is on the papers, she can't be a judge of that very case. End of story," Gillers says.

So what does "worked on" mean? According to Gillers and other experts, it means not only signing briefs, but also editing them, approving them and participating in discussions about what position the government should take in a given case.

However, if the case is in her office and has not yet "bubbled up to her," Gillers says, then she does not have to recuse herself.

Perhaps surprisingly, the solicitor general does not typically involve herself in a case until just a few days before briefs are due to be filed. In an office that handles thousands of decisions on government appeals each year, the preliminary work is done by other lawyers in the office.

Carter Phillips served as assistant solicitor general in the Reagan administration and says that there are so many decisions made on a regular basis that it is often difficult for a solicitor general to have time "earlier than the last day or two before something has to be resolved."

But that is not always true. It is not uncommon for the solicitor general to have discussions about a major case with others inside an administration, as well as with outside lawyers who want the government to take one position or another.

For example, Phillips points to an important immigration case in which he represents the Chamber of Commerce. "The solicitor general sat in on meetings across the table from me to discuss that case," he notes. "It seems to me it would be odd, at least, if she didn't think that was participation within the meaning of any rule."

So Kagan would likely have to recuse herself from that case, even though the government has not yet filed a brief and her name won't be on it when it does.

Phillips says these are the kinds of situations that likely would be the "trickiest" to sort out for a Justice Kagan. If she had a formal discussion about a case, the meeting is likely on her calendar. But what about a quick hit at the lunch table or in the hall? Will she even remember it, and if she does, does that constitute participation in a case?

How Many Cases Would She Miss?

Supreme Court advocate Tom Goldstein, founder of the leading Supreme Court blog, SCOTUSblog, has scoured the record to determine how many and which cases Kagan is likely to be disqualified from.

"I think the range of cases that Elena Kagan will have to step out of in the upcoming Supreme Court term will be somewhere between 15 and 20, so around one out of every four, or one out of every five, cases," Goldstein says. He adds that most of these cases do not involve headline-grabbing controversies.

As for some of the big controversies involving Obama administration initiatives, such as health care, she would not have to disqualify herself, because she was not involved in a particular case.

What's more, the Code of Judicial Conduct allows a justice to participate in a case that presents an identical issue to one the judge participated in as a lawyer or lower court judge.

Chief Justice John Roberts, for example, had to recuse himself from a major detainee case in his first year on the court because he had ruled on that very case as a lower court judge. But when similar issues came up later in other cases, he remained on the bench.

Bottom line? For Kagan, as it was for Roberts, the recusals go away after a year or two.

The other bottom line? In the last analysis, it is the individual justice who makes the decision on whether he or she will recuse. There is no appeal from that decision.