Accessibility links
BP Hard To Pin Down On Oil Spill Claims BP says it will pay all "legitimate claims" related to the Gulf of Mexico oil spill, but such promises raise a crucial question: What exactly does "legitimate claim" mean? BP has declined to define the term, and the Obama administration and Congress want answers. 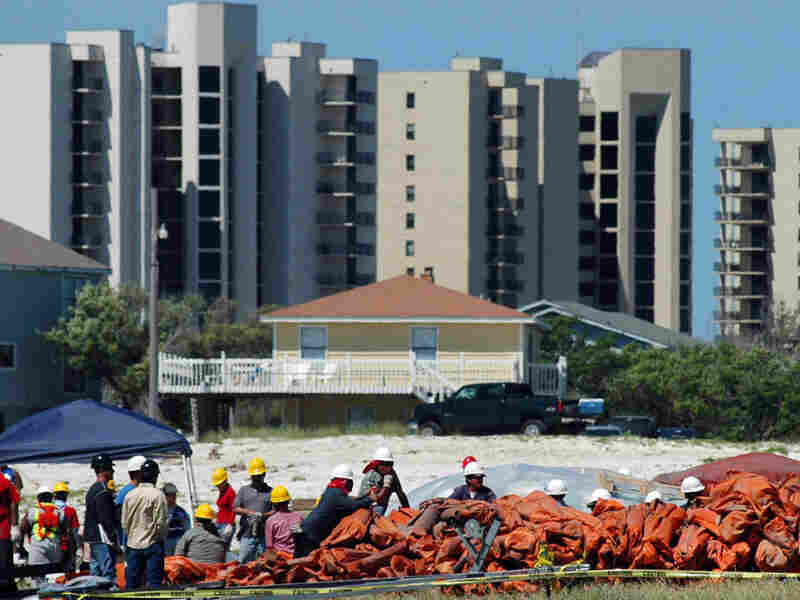 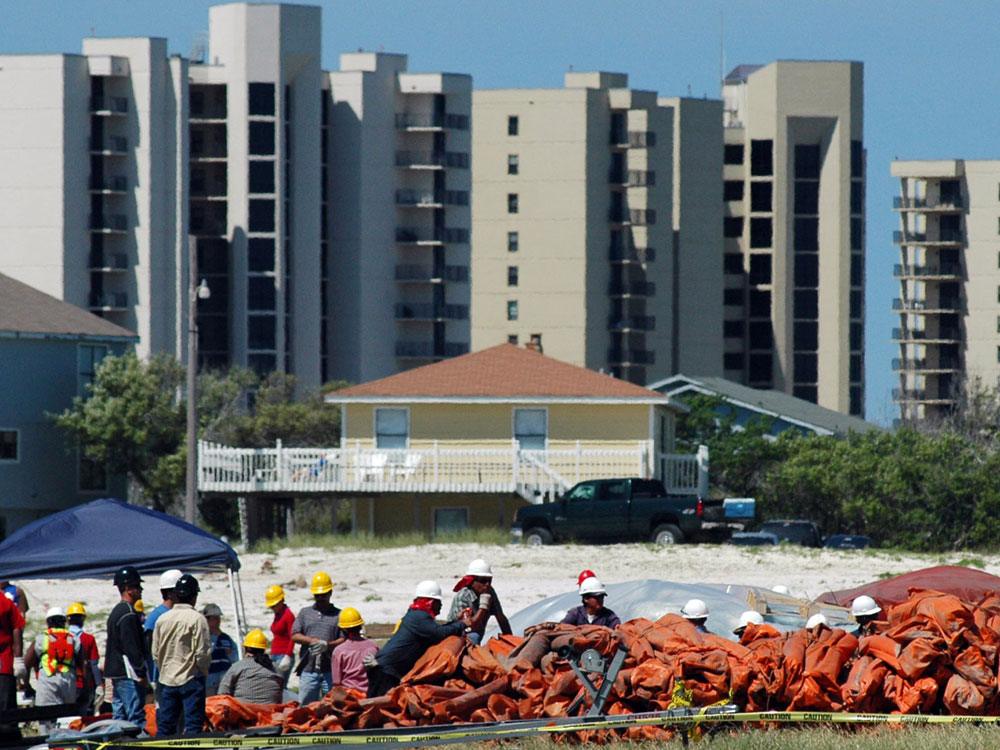 Will waterfront homeowners seeking to recoup loss of property value wrought by the oil spill qualify as a legitimate claim?

BP has repeatedly said it would pay all legitimate claims resulting from the oil spill in the Gulf of Mexico, but such promises raise a crucial question: What exactly does "legitimate claim" mean?

The Obama administration and Congress are looking for clear answers about what the company, formerly known as British Petroleum, will consider a legitimate claim. The administration also sent a letter dated May 14 asking BP to clarify that the company will not leave taxpayers or the U.S. government holding the bag on any damages BP considers not legitimate. And this week, BP faces the House Judiciary Committee, which is probing the same issue.

BP has declined to define the term or provide examples.

BP American President Lamar McKay remained steadfastly vague during a Senate hearing this month. Despite prodding from Washington Democrat Maria Cantwell, McKay would not veer off of his message: We're going to pay all legitimate claims.

A BP spokesman declined to discuss the company's definition of "legitimate." In an e-mail, the spokesman said BP hired a firm called ESIS to assess all oil spill claims. As of last week, it had received nearly 16,000 claims. The spokesman said BP has in some cases paid some claims within 48 hours of receiving supporting documentation.

BP's assurances to do right by the oil spill's victims sound familiar to Walter Parker, who chaired the Alaska Oil Spill Commission two decades ago, after the 1989 Exxon Valdez tanker disaster there.

Exxon "made very similar promises," Parker says. " 'Don't worry, we'll take care of everything.' And they probably used the word 'legitimate,' too."

He says things quickly went sour. Exxon disputed many claims, and the sides spent years in court. So Parker believes Gulf Coast victims will have a fight on their hands.

"When it comes to money, I don't believe anything oil companies tell me," says Parker. "I don't trust that they would do anything to make the Gulf whole again -- anything that amounts to anything -- without tremendous pressure from all states and the federal government."

Exxon officials declined to be interviewed. A spokesperson said the company voluntarily paid more than 11,000 individuals and businesses within a year of that accident.

John Velsko, a fisherman based in Homer, Alaska, was one of those who received payment. He lost an entire fishing season the year the Valdez ran aground. To receive initial compensation, Velsko says Exxon required him to produce three years of fishing records.

"It's like someone asking you when your house is on fire to dig out your tax returns from two years ago," Valdez says.

Velsko considers himself relatively lucky. Exxon paid him better than other fishermen he knew, but he says no one knew how Exxon arrived at those numbers. At the time of the accident, Velsko also owned a home on a lagoon in Homer. After the city blocked the water to prevent the oil from seeping in, Velsko sold the home at a loss, but says Exxon denied his claim to cover that.

BP settled claims after its Texas City refinery blew up five years ago, killing 15 people. BP later pleaded guilty to a related felony charge. Brent Coon, the lead attorney representing plaintiffs in that case, says that made it a mostly open-and-shut case.

"Almost all those claims were extremely legitimate cases, and so there wasn't much debate over that," Coon says.

Coon now represents some injured workers from the Deepwater Horizon rig in the Gulf, as well as some fishermen affected by the spill.

Coon says BP will face many hundreds of times more claims in the Gulf case than it did with Texas City. Waterfront homeowners, for example, are seeking to recoup loss of property value. Coastal communities could see their long-term credit ratings hurt by the spill. All of those might seem like legitimate claims.

But, Coon says, at some point BP is going to start rejecting claims.

"Because of the nature and scope and extent and the massive amount of damage that's done directly and indirectly in this case, they're going to do everything they can for damage control," Coon says. "They're going to say, 'We're not paying here, we're not paying there.' The question is where are they going to draw that line?"

With oil still wending its way through the Gulf currents, it's likely to be some time before that becomes clear.