Accessibility links
Solid Gold: Demand Leads To Record Prices Gold has a universal appeal as a safe haven for investors. Concerns about the Greek economy and the European Union bailout have prompted more people to buy gold. And prices have risen dramatically this spring, prompting some people to wonder whether they should sell jewelry for cash. 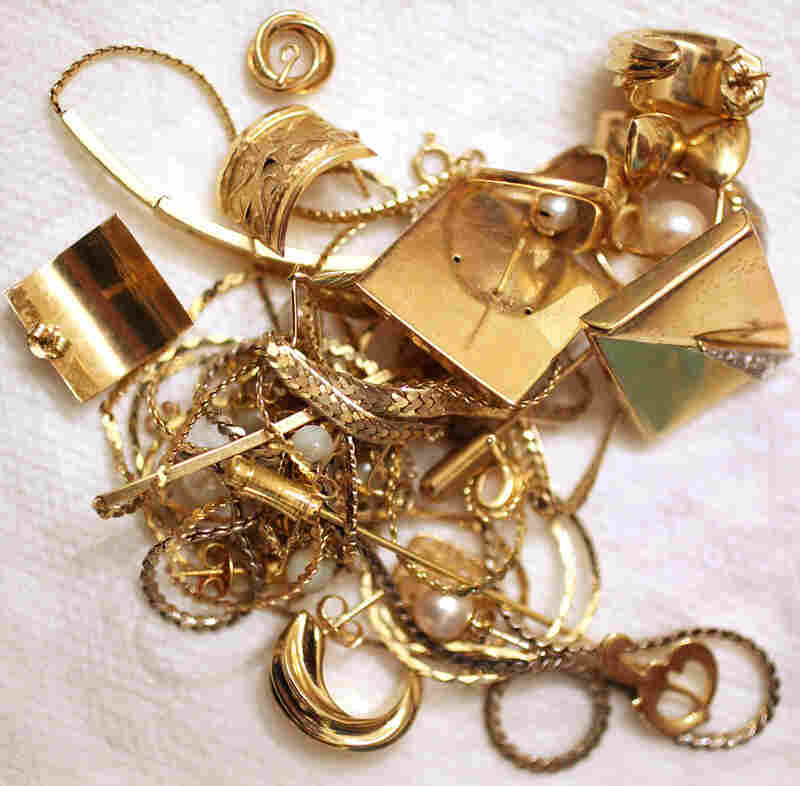 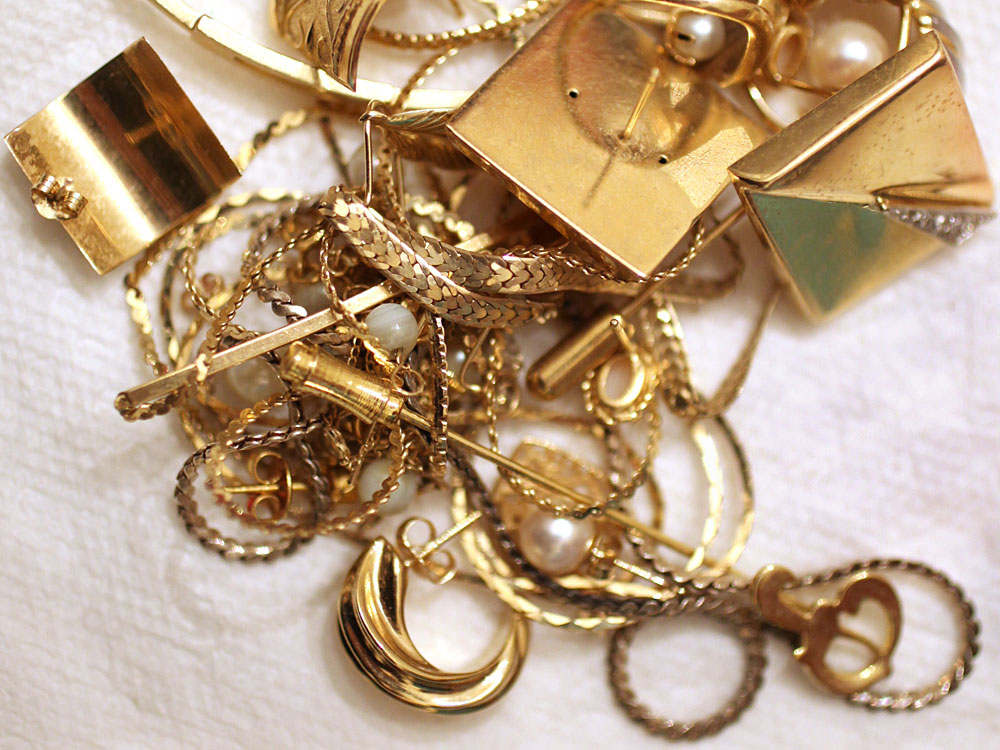 Investors often turn to gold in times of financial uncertainty or fear. This spring, for example, concern over the Greek economy and the European Union bailout drove the euro down in value and prompted more people to buy gold -- sending its price higher.

While its price has eased down in recent days from a record high near $1,250 an ounce, gold remains popular with many investors. Analysts say that's because it's real and tangible; it's not paper money.

Its appeal, suggests Ed Rice of the University of Washington's Foster School of Business, is near universal. It transcends cultural differences and is timeless.

"It's a beautiful thing -- it's a sign of prosperity," Rice says. "And whatever people like about it, they have liked it for hundreds of years, and so the thought is they will continue to like it in the future."

This year's price rise prompted many people to wonder whether they should sell jewelry for cash -- as TV ads and billboards urge consumers to do.

The answer is: It depends. But don't expect to get anything close to the market price.

The price of gold has been on the rise for several years. It got a further boost after the $1 trillion bailout plan was announced for European countries with debt problems.

Seattle area resident William Saxton was in need of quick cash and knew that the price of gold was high, so he took his 1945 two-peso gold coin to the Yuppie Pawn Shop in Kirkland, Wash.

"I figured I'd bring it in and see what I could get," Saxton said.

Most of the gold people bring to the upscale pawn shop is unwanted jewelry. A lot of it is quite dated, and some is "pretty ugly," said Brian Lurie, the founder and co-owner. He tries to pay no more than $200 to $300 an ounce for 14-karat gold.

It's a far cry from the market price but can be a tidy sum nonetheless. Lurie said he gets calls every day from people price shopping on the phone. He tells them that what he will offer will be in the range of what the gold is worth melted down. "We certainly are not going to pay for the beauty of the gold," he said.

Gold's meltdown value has been high -- and Lurie can often sell gold for twice as much as he pays for it. It represents a giant piece of his profits. Companies that urge consumers to mail in their gold to get instant cash are chasing those profits as well.

TV ads and billboards proclaim: "Get instant cash. It's easy."

"Lowballing is rife within the industry," Popken says. "People get checks for pennies on the dollar; they're thinking they'll get $100, maybe $200, and they get back a check for $9."

Popken says some companies lure consumers with a money-back guarantee but don't give them enough time to reject the amount they are sent and then get their gold back.

Many companies have denied engaging in unfair practices. But the spotlight is likely to remain on those people who are trying to capitalize on gold fever.

Legislation has already been introduced in Congress to deal with abuses in the industry.