Accessibility links
Everyone Else Outsources, So Why Can't The Arts? In Columbus, Ohio, nonprofit arts groups are doing what U.S. businesses have done for decades: outsourcing. Financially beleaguered arts groups are handing over the "back office" to CAPA, an organization that handles finances, marketing, ticketing and fundraising ... stuff that artists don't really like doing anyway. 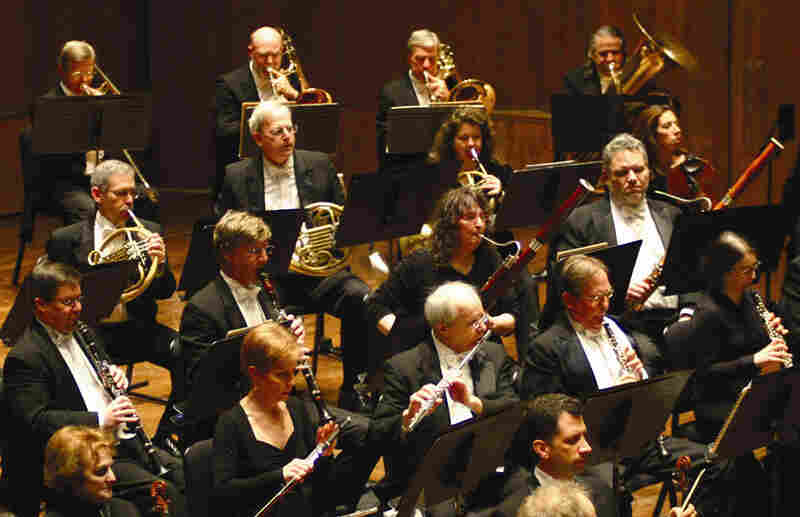 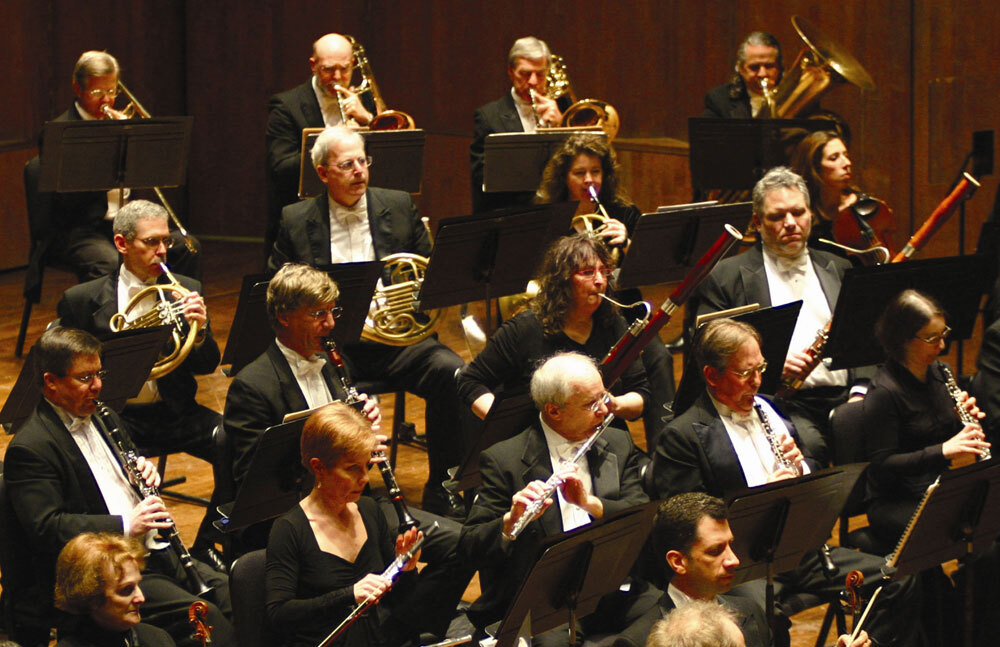 The Columbus Symphony Orchestra is one of the Ohio arts organizations that has turned to CAPA -- the Columbus Association for the Performing Arts -- for help with finances and fundraising.

Courtesy of the Columbus Symphony Orchestra

In Columbus, Ohio, a number of arts groups are doing what American businesses started doing a long time ago: outsourcing. The recession hit nonprofits hard, and now these organizations have no choice but to become more efficient. So they're handing over the "back office" to the Columbus Association for the Performing Arts, or CAPA. CAPA handles their finances, marketing, ticketing and fundraising -- basically all the stuff that artists don't really like to do anyway.

Artistically, the Columbus Symphony Orchestra has a very good reputation, but financially it's been a mess for some time. The recession nearly killed the orchestra altogether.

"It was a matter of running out of cash," says Roland Valliere, president of the Columbus Symphony.

Valliere says the symphony took drastic measures to save the orchestra: pay cuts, fewer concerts and layoffs. But the layoffs left the symphony with such a small administrative staff, that Valliere says it was nearly impossible to get everything done.

"It was like having the shortstop covering second and third base and expecting to win the World Series," Valliere says. "It wasn't gonna happen."

So Valliere went to Bill Conner, president of CAPA, an arts management organization. Conner says that he and Valliere arranged for CAPA to take over the symphony's back office support -- which freed up $750,000 in the budget.

In the last year and a half, CAPA has made similar arrangements with five other cultural organizations -- either handling their back offices or managing them outright. That's in addition to the four theaters CAPA owns.

CAPA now has 73 employees, and because it's bigger than most individual non-profit arts groups, it's able to attract more experienced professionals, Conner says. Having access to experienced marketing and development professionals matters a lot to Steven Anderson, artistic director of the Phoenix Children's Theater in Columbus -- one of CAPA's clients.

Advertising and promotions manager Terence Womble is one of those CAPA professionals. Rather than all these art groups having their own PR directors, Womble says: "I just work like a slave and do it all."

When Womble buys advertising space, he gets a better rate because he's buying in bulk. "We're sort of the Sam's Club of arts advertising and marketing," he explains.

"CAPA has some outstanding clients," says Russell Willis Taylor, president and CEO of the nonprofit National Arts Strategies. "They wouldn't be using CAPA's services if they weren't good."

Taylor says she likes the idea of CAPA, but she believes arts groups that rely on their services need to be careful about giving up key relationships.

"If you outsource not just ticket sales but also communicating with your audience, what's the opportunity cost of that?" Taylor asks.

People who work in the arts in Columbus joke that "CAPA's taking over." The local newspaper recently ran a cartoon of a man with the word CAPA on his suit. On his back he's holding up a heavy load: an orchestra, an opera company, a theater company and ... a botanical garden.