Warning: getimagesize(https://media.npr.org/books/summer/2007/member_stations/flynn/downtown200-3cb4f1f223c221e622a90e1c11a025026004d694.jpg): failed to open stream: HTTP request failed! HTTP/1.0 404 Not Found in /var/www/html/src/Views/CommonJsonldView.php on line 87
 Excerpt: 'Down Town' : NPR
Accessibility links
Excerpt: 'Down Town' Rooted in the oral traditions of Southern folklore, Down Town tells the tale of a small town south of Atlanta, spanning from the end of the Civil War to more than a century later. Recommended by St. John Flynn, host of GPB's Cover to Cover. 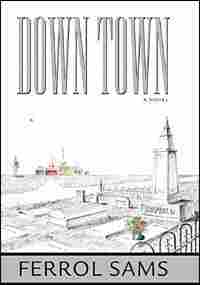 In the Deep South, Tall Tales and Tidal Emotions

Whenever Richard Cory went down town,
We people on the pavement looked at him:
He was a gentleman from head to crown,
Clean favored, and imperially slim.

Whenever Major Cofield went down town, believe you me, folks around here sure looked at him. He was different.

Where he had come from before the war was never clear in anybody's mind, but he had first appeared in our section of Georgia a few months ahead of the Battle of Kennesaw

Mountain and just after the gallant J. B. Hood of Texas played hell in Tennessee. Old man Higham Thompson let him and his platoon of Rebel soldiers camp in his pastures and use his barns for their horses. The Major and Mr. Thompson got to be friends, and he was always in the Big House when he and his men weren't scouting around for supplies for Joe Johnston's troops.

They all had to leave to fight at Kennesaw, it was said, and nobody heard a word from any of them until after Appomattox. In the meantime, Sherman had damned well ruined all of Georgia. Our town was out of his beaten path, but the old folks said you could see the smoke rising when he burned Atlanta. Old man Thompson died and left his wife, who everybody said was a heap younger than he, with a little baby girl and a thousand or so acres of land out east of town almost to the county line. Things quickly went from bad to worse for the widow Thompson.

Everybody in my generation has heard the horrors of Reconstruction, and we tried to match those legends with our own memories of the Great Depression, but in reality Reconstruction was worse. It was hard-scrabble existence rather than living, what with no labor for the farms, no salt, sugar, or coffee; everybody had to raise what they ate or else do without. The few men who did make it back after the war pretty well had their pick of women or young girls to marry, since most of the able-bodied young men had been killed; the Confederate cemeteries all over the South attest to that.

Well, soon as the fighting ended, here came old Major Cofield riding into town on as fine-a-looking horse as anybody had seen in many a year. He rode directly out to the Thompson plantation and within one week had married his friend's widow. There was a heap of widow women around, but unless they also had a heap of land, they didn't stand a chance against the pretty young virgins.

Major Cofield set tongues to wagging when he married Widow Thompson, and there were those who said he had got her big with that baby girl before he ever left for Kennesaw, since Higham Thompson had been married to his young bride for five years and never got her pregnant. Lo and behold, within ten years there were four little Cofield boys running around, and folks quit saying the Thompson plantation and started calling it the Cofield place.

Hundred-and-forty-year-old gossip may not jerk your neck, but it meant a lot to folks back then. About all they had to hang on to was inherited gentility and the love of Jesus Christ, and most of the time it wasn't even a dead heat between the two. Gentility always came out ahead, and it was supposed to be fostered, nurtured, and propagated by the womenfolk.

The names the Major hung on those boys have been a point of some interest to the more sophisticated Cofield watchers. Nobody ever assumed that Mrs. Cofield had a blamed thing to do with naming them or anything else, for that matter. Everybody assumed that the Major's creed was "Big I and Little U." The oldest boy was named Percy Putnam Cofield, and his brothers were John Deschamps, Edward Schofield, and Betsill Marmaduke Cofield. They all grew up being called by their first names, except for the youngest who was known by his initials, and in those days nobody thought anything about it.

Percy, the eldest, died of membranous croup when he was eight years old; there wasn't anything the doctor could do to save him. The Cofields were Methodists, and the Major had given the congregation three acres to build a church on one end of his farm where the land was too poor to grow cotton. He also gave them the lumber to build it. The Cofields didn't have kith nor kin, and the Major let it be known through church members that they didn't want any condolence calls when their boy died, and furthermore it was to be a funeral by invitation only.

Well, sir, there weren't any invitations. They only had the preacher and themselves, and the rest of the county felt shut out. Some were hurt and some were mad, but from that day on the Cofields have been prime targets for community interest, speculation, and gossip. There is still a marble angel with Percy Cofield's name on it out in the woods near the county line.

Mrs. Cofield lived on for about five more years, but folks say she just gave up and dwindled away. The youngest boy by then was one year old and the little girl was twelve and beginning to blossom. The Major figured he could raise the three boys by himself with some live-in help, but he sent the little girl, who was supposed to be a Thompson, to live with her mother's sister.

Turned out Mrs. Cofield was from Tennessee or some place like that, and how old man Higham Thompson met up with her in the first place is a big gap in the local folklore. There's no sense in asking any of the descendants at this late date, for by now everybody has discovered the new industry of genealogy, and it turns out nearly everybody in Georgia came down from nobility some place back there.

Through Virginia, of course; I sure haven't yet heard anybody bragging about landing here with Oglethorpe.

The three boys were sent to the little neighborhood school Miss Emma Cottongim had started up in one of her family's outbuildings. Miss Cottongim did not tolerate foolishness or mediocrity in her students. She was a spinster, the last survivor of a proud clan, and she was a gifted teacher and an impartial disciplinarian. There were no public schools in that era and hers was acknowledged as the very best. If a student misbehaved, she spanked him. If a student was lazy and would not apply himself, she dismissed the student, harnessed her horse to her buggy, took the student home to his parents, and refunded their money; always with the admonition that the parents should concentrate on teaching him manual skills, for he sure and certain would never make a living with his brain. If the child was brain-impaired, she still refunded the money but was much gentler in her advice.

Two of the Cofield boys finished Miss Cottongim's school at the seventh-grade level, which was as far as she took students. The youngest got a buggy ride from Miss Cottongim at the end of the fifth year; she didn't refund any money, but she gave her regular little talk to the Major. Gently. That woke up the other two, for they had a pretty graphic picture of how the Major interpreted manual skills. They all learned to read, write, and do arithmetic. They were especially good in addition, subtraction, fractions, and long division. They loved multiplication. That was genetic.

The only real anecdote I heard on the boys was about Johnnie, the middle one. When I knew him he was bald as an onion, but they told it on him that when he was young he had a real crop of red hair that grew every which way on account of so many cowlicks. One January morning he decided he was going to get it tamed and slicked down before he went to school. So he slipped in the kitchen after breakfast and got his hair all wet down good with ham gravy. He could comb it and even part it like his brothers, and he felt pretty good about himself. It was the middle of January with ice all over the ground, and by the time the boys had walked to school, the ham gravy had set up and congealed all over his head so that it looked like pink lard.

Miss Cottingim took pity on him, threatening to whip anybody who laughed, and she let him sit up close to the stove so his head could thaw. It did just that in a pretty big way, and his hair sprang up like a rabbit getting out of a trap. Everything would have been all right except that the melted gravy ran down his neck into his shirt and he smelled like breakfast for the rest of the day. He was grown and bald before he could laugh about it, but his brothers had fun with it.

Down Town: A Novel by Ferrol Sams, posted with permission from Mercer University Press. 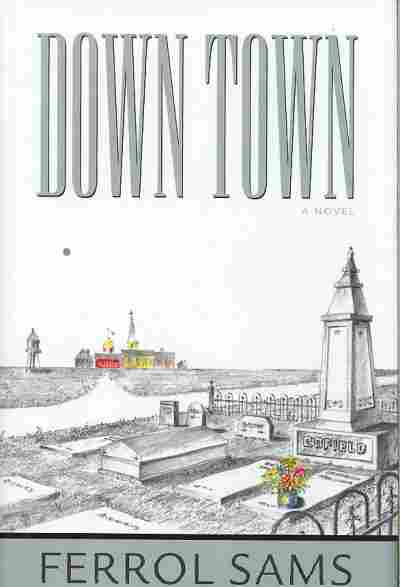