Accessibility links
Building A Medieval Castle In Arkansas Rural Arkansas may be a long way from France, but a French couple is bringing a structure to life there that's reminiscent of the Old World. Using only materials, tools and building techniques that existed in the Middle Ages, their dream of building a medieval castle in an Arkansas forest is taking shape. 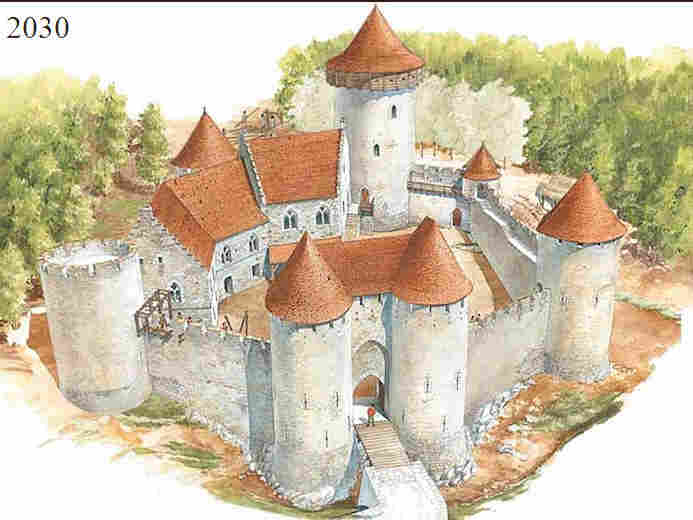 A sketch of the castle, expected to be completed in 2030. Courtesy of Ozark Medieval Fortress. hide caption 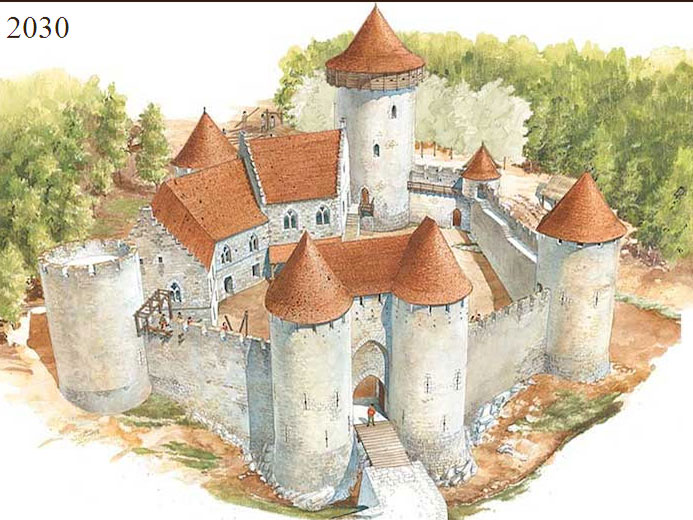 A sketch of the castle, expected to be completed in 2030.

If you've ever wanted to walk through a medieval castle in Europe but don't have the time or money, now you can skip the trans-Atlantic flight and take a road trip to Arkansas. That's right, Arkansas, where construction is under way on a medieval fortress.

For $12 a pop, visitors can stroll the grounds of the Ozark Medieval Fortress and see a stone castle being built using only tools, materials and techniques that existed in the Middle Ages.

The project began thanks to Jean Marc and Solange Mirat, a French couple who moved to Arkansas 20 years ago to be close to their grandkids. They broke ground a year ago and opened the site to the public on May 1.

So far, 14 investors, most of them French, have committed $1.5 million in start-up money, enough to hire staff and start work on the castle. Jean Revault d'Allonnes is among the investors. 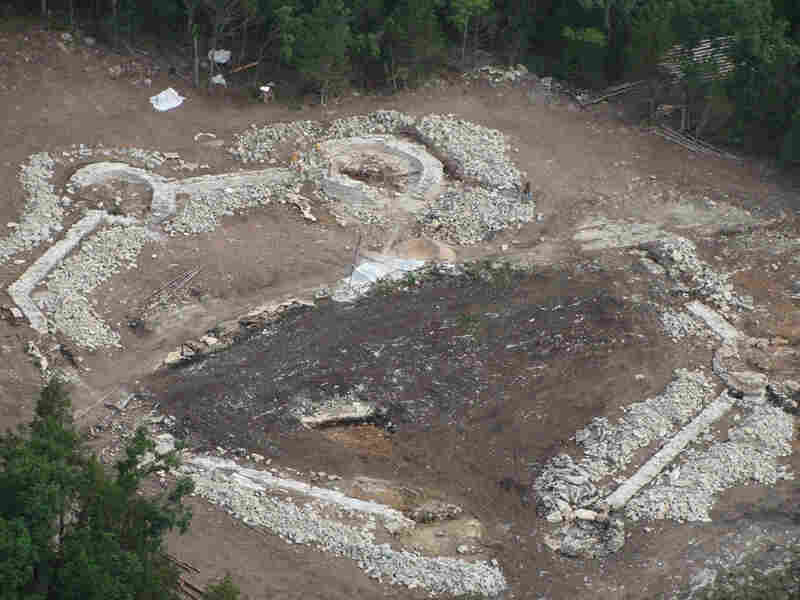 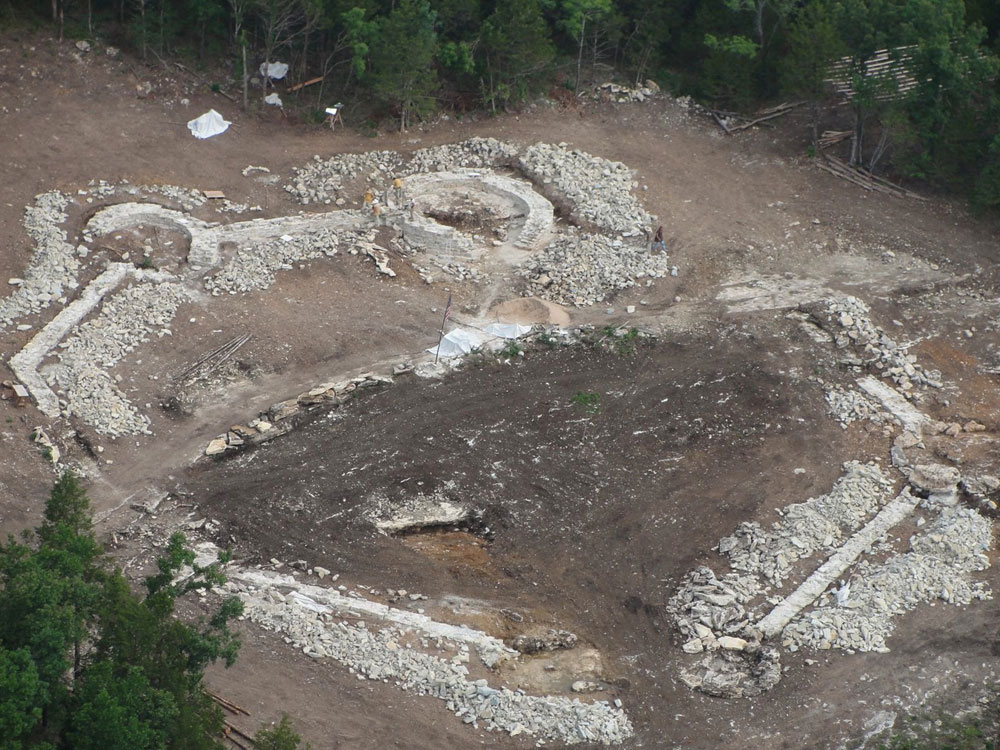 An aerial view of the building site.

"If we could earn more money, we will make something else around the castle, maybe a church, or abbaye as we say in French, or why not a medieval village?"

The Ozark Medieval Fortress hopes to welcome as many as 150,000 visitors this year. Tim and Joy Gilzow recently brought their 2-year-old son to watch the construction.

"I want my son to grow up with this opportunity, because how often do you get to see a castle get built over a lifetime?"

And there are plenty of things to see, including a Belgian horse named Honey moving stones by cart from a nearby quarry. This all takes time -- lots of time. When the project is finished, in an estimated 20 years, the fortress will have towers that are 24-feet high, a drawbridge and even a moat.