Accessibility links
Katrina And The Waves: 'Walkin' On Sunshine' With The Winning Lotto Ticket Every spring, as the sun starts to shine, DJs reach for Katrina and the Waves' "Walking on Sunshine." And since its release 25 years ago this week, just about everyone associated with the song has lived quite well off its success. As Katrina Leskanich explains, recording a timeless hit is a bit like winning the lottery. 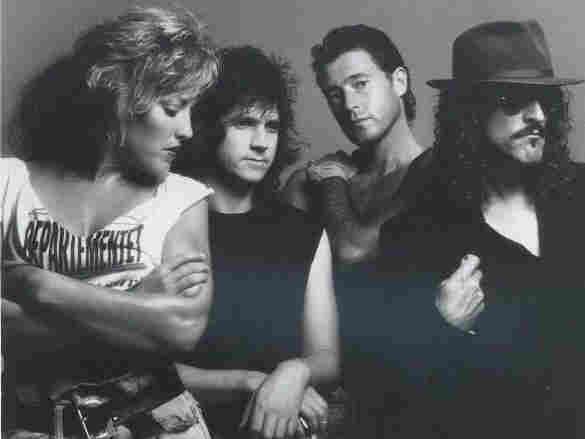 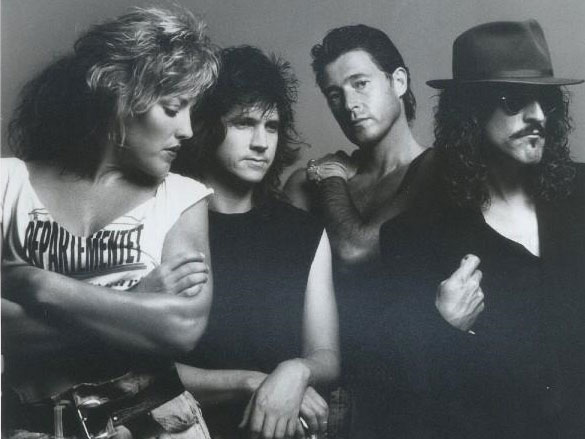 You may know Katrina and the Waves, but you definitely know the band's timeless hit song.

Every spring, as the sun starts to shine, DJs reach for the song "Walking on Sunshine." And since its release 25 years ago this week, just about everyone associated with the song has lived quite well off its success. It was recorded by Katrina Leskanich, and when people used to ask her what she did for a living, she'd say, "I'm a singer in Katrina and the Waves. Oh, never heard of it? You know, 'Walking on Sunshine'?"

After it was released in 1985, Leskanich says, "Walking on Sunshine" became one of those "it's never gonna go away" songs, around the world. Every time the song got played on the radio, it made a little more money.

Tim Lee heads up Tummy Touch Records, Katrina and the Waves' current record label. "Every time a song gets played on the radio, you get, what, a buck, a buck 50," Lee says. "If the song's played 2 million times, as 'Walking on Sunshine' has been, it really adds up."

Leskanich, who had been a dishwasher on an American military base in England, says it was a lot like winning the lottery. She says the band wisely decided to put itself on a salary rather than getting lump sums; she was able to put a down payment on a small house in England and bought a new car.

"The song became bigger than the group," Leskanich says, "and we did pretty much follow in the wake of its success."

After a couple of years, however, the record label wanted another hit, just like "Walking on Sunshine."

"They thought we were the new Monkees, The Beach Boys," Leskanich says of her former label. "But we weren't even that kind of band. We were cooler. I thought I was Nico from The Velvet Underground. Black turtlenecks, eyeliner, no smiling in photographs ..."

So the band was dropped, but the money from "Walking on Sunshine" kept coming in. In another wise move, Katrina and the Waves held on to the publishing rights. That's the money that typically goes to the songwriter, in this case the band's guitarist, Kimberley Rew. Lee says Rew shares that money with the rest of the band.

Over the years, the song showed up all over the place: in movies like American Psycho and High Fidelity, and in countless commercials, for everything from diapers to medicine.

"It has that kind of feel-good vibe that can just be applied everywhere," Mason says.

"If we had more songs which more people knew, that would be so much the better, but basically we're lucky to have one," Leskanich says.

The story of Katrina and the Waves did not end well; Leskanich says she was fired in 1998. Lawyers were involved, and she says she no longer gets a share of the money made from "Walking on Sunshine." But she does still sing it.