Accessibility links
Under Broadway: New York Holds Subway Auditions Once a year, New York City's Metropolitan Transit Authority holds open auditions for musicians of all kinds, from singers to string quartets. They're competing for a chance to play to one of the largest and toughest audiences in the world: New York subway riders. 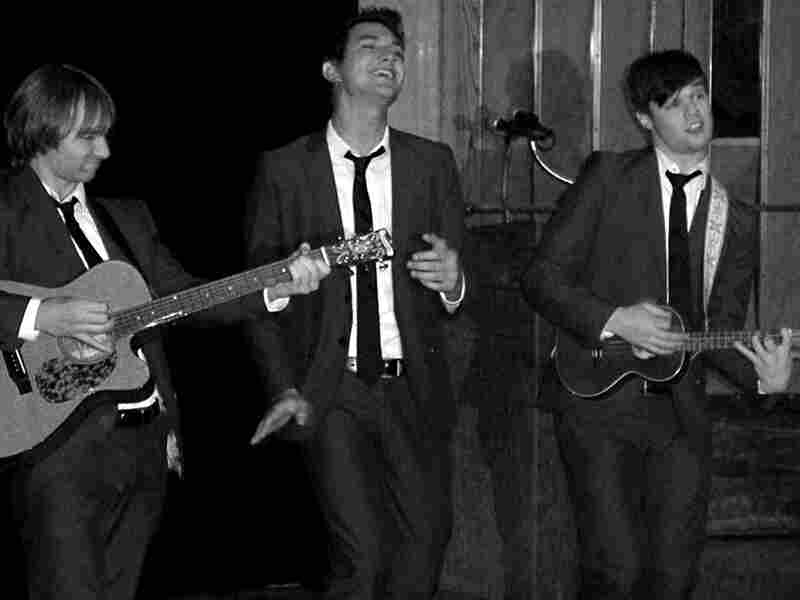 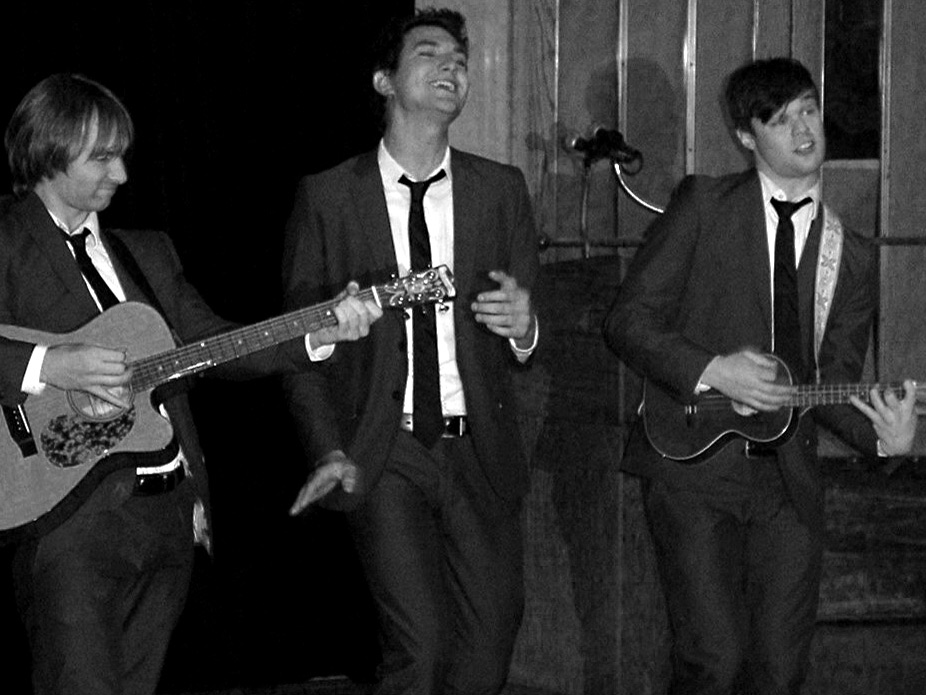 According to the song, if you can make it in New York, you'll make it anywhere. It turns out that's not only true for performers on Broadway; it also applies to the ones underneath Broadway. Once a year, the New York subway holds open auditions for musicians of all kinds, from singers to string quartets. They're competing for a chance to play to one of the largest and toughest audiences in the world: New York subway riders.

The mezzanine at New York's Grand Central Terminal has a beautiful view of the main concourse and its famous four-sided clock. But on a recent afternoon, about 20 men and women are sitting behind long tables looking in the other direction. They're talent judges, and they're paying attention to four musicians getting ready to show their stuff. It's group No. 44, the Bill Murray Experience.

It's a job they won't get paid for, and yet they're auditioning for it -- a chance to perform in the noise and chaos of the New York subway. Jessy Carolina sings and plays the washboard, and she's been there.

"The subway's where I got started playing all this music," Carolina says. "I love the subway."

Musicians do love the subway. Not so much for the money -- few people make a living playing for tips in the tunnels. Instead, it's the hope that, among the 5 million commuters who ride the trains each week, there's that one person who can help launch a career. In the 1980s, the Metropolitan Transportation Authority decided to do something about all the musicians cluttering the subways. But rather than kick them out, the MTA gave them permits and special places to play. The program is called Music Under New York, or MUNY.

Jay Walder, the MTA's chairman and CEO, says MUNY is one way to make subway riders happy without spending a lot of tax dollars.

So here's how the process works: In January, musicians can start sending in their resumes and sample recordings. This year, close to 300 performers took the plunge. Out of that number, Music Under New York selected 68 to audition. Each act gets five minutes to show the panel of judges what it can do. One after another, they perform, all morning long and into the afternoon. Bob Holman makes their introductions and tells them when their five minutes are up. He's been a fixture on the live poetry scene in New York as a performer and producer for decades. Holman says he likes these auditions, because you never know what to expect.

"It's the constant re-tuning of the ear," Holman says. "I like that kind of New York story."

The judges are music-industry professionals, fellow musicians, MTA workers, and a few come from New York cultural institutions. Jenneth Webster ran Lincoln Center's Out of Doors Festival for more than 20 years. She says the judges are looking for more than just good musicians.

"They need to be able to fit into the acoustics and the space," Webster says. "Otherwise, it's pointless to be down there."

If you want charisma and audience appeal, three guys in skinny gray suits with skinny black ties have got you covered. They call themselves Astoria Boulevard, and singer Dan Scott says he's not worried about the challenge of playing in the subway.

"It's kind of a joy to actually just play a song for people -- such a large group of people just kind of all passing through," Scott says.

Out of these 63 auditioners who showed up, just 27 will get letters in the mail telling them they're part of Music Under New York. They'll each receive a banner with their name on it, as well as a permit to perform in one of two dozen prime locations in the subway system. Singer Meghan McGary is part of a group that's been singing under the MUNY banner for four years. She says there's nothing like playing in the subway for getting up close and personal with an audience.

"I've had men break out into tears," McGary says. "It's a beautiful thing."

It's not a stretch to suggest that any of these artists could go on to greater things. After all, Steve Martin, Pierce Brosnan and even Kanye West were all once just playing for tips and a smile.

Postscript: Letters to all the musicians went out two weeks ago. The Metropolitan Transportation Authority says that both Astoria Boulevard and the Bill Murray Experience have been invited to become MUNY musicians in the subways of New York.