Accessibility links
Freshman Senators Settle Into 'The Upper House' In 2006, voters angry about Iraq and frustrated with President George W. Bush sent a new class of senators to Washington. In The Upper House, Terence Samuel profiles these legislators as they come to terms with the grunt work and gridlock of their new jobs. 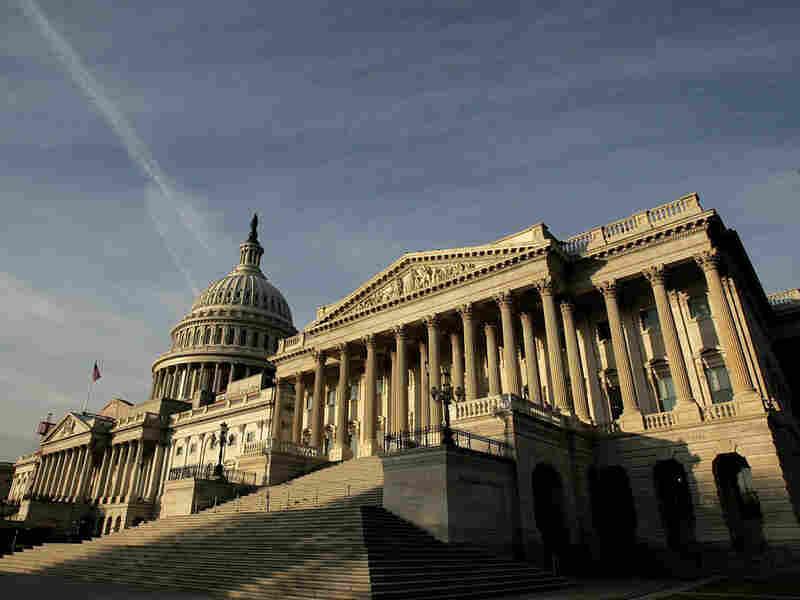 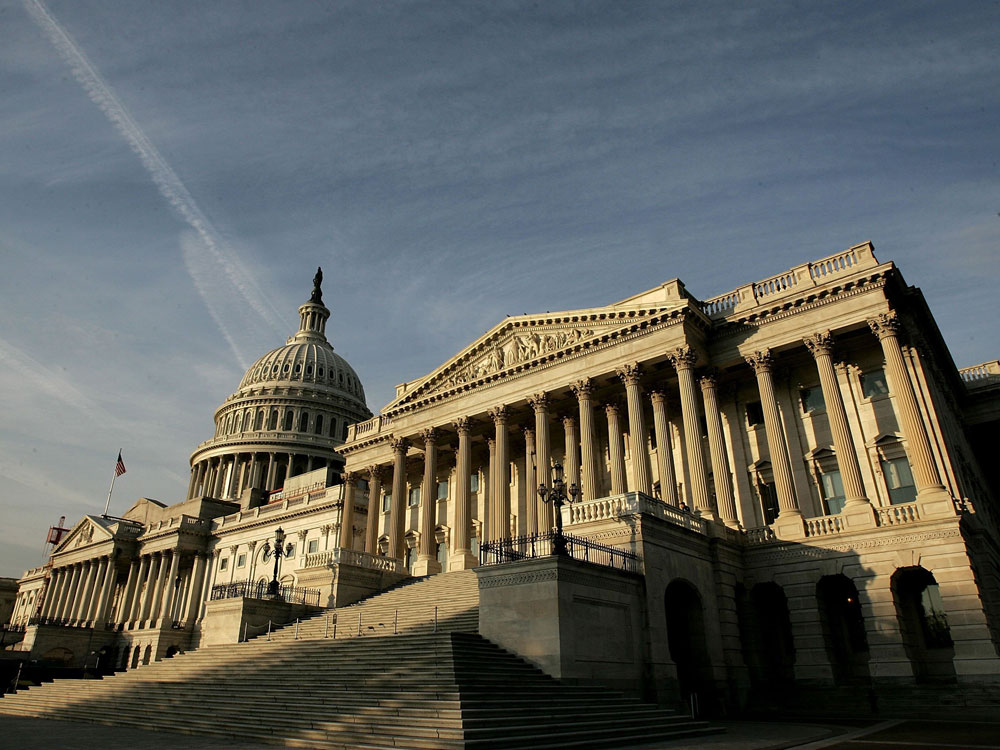 The early morning sun strikes the U.S. Capitol on the day before midterm elections in November 2006.

In 2006, voters angry about Iraq and frustrated with President George W. Bush sent a new class of senators to Washington.

In the years since that election, veteran Washington correspondent Terence Samuel has shadowed the Senate's 2007 freshman class. His new book, The Upper House, describes the day-to-day workings of the Senate -- where change happens very, very slowly.

Samuel focused his book on three Democrats -- John Tester of Montana, Amy Klobuchar of Minnesota and Jim Webb of Virginia -- and Republican Bob Corker of Tennessee.

"In some ways, it was a recall election," Samuel tells NPR's David Greene. "In 2006 you had this massive turnaround ... I think the switch in the control of the Congress was essentially about Iraq." 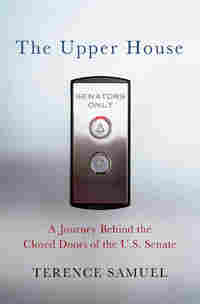 The Upper House: A Journey behind the Closed Doors of the U.S. Senate
By Terence Samuel
Hardcover, 256 pages
Palgrave Macmillan
List price: $26

The new senators arrived in Washington ready to enact change, but quickly encountered the challenging reality of working in a place like the Senate -- with its arcane rules and its slow, incremental pace.

Klobuchar was frustrated to find that just one senator -- James Inhofe (R-OK) -- could single-handedly block an amendment that she wanted to introduce into the energy bill.

"There was nothing she could do," Samuel says. "She tried to track him down. ... She said, 'I've tried to be nice, I've tried to be firm.' And in frustration one day, she just went to the floor and expressed her absolute shock that one senator could block this from happening."

Samuel followed the new U.S. legislators from the floor of the Senate all the way back to town hall meetings in their home states. He says it was interesting to track senators who hadn't -- as they say in the Senate -- "gone purple" yet.

"It's the royal purple, because there's always staff around you," Samuels explains. "You walk down the hall and doors open. But there is some grunt work involved in the Senate, and that job essentially falls to the freshman class of the majority."

It's a difficult transition for politicians who are used to being in charge in their home states. Corker was formerly the mayor of Chattanooga, Tenn., and said: "You mean I campaigned 25 months and two days to do this?" He lamented that "about half of what we do in the Senate is absolutely useless." 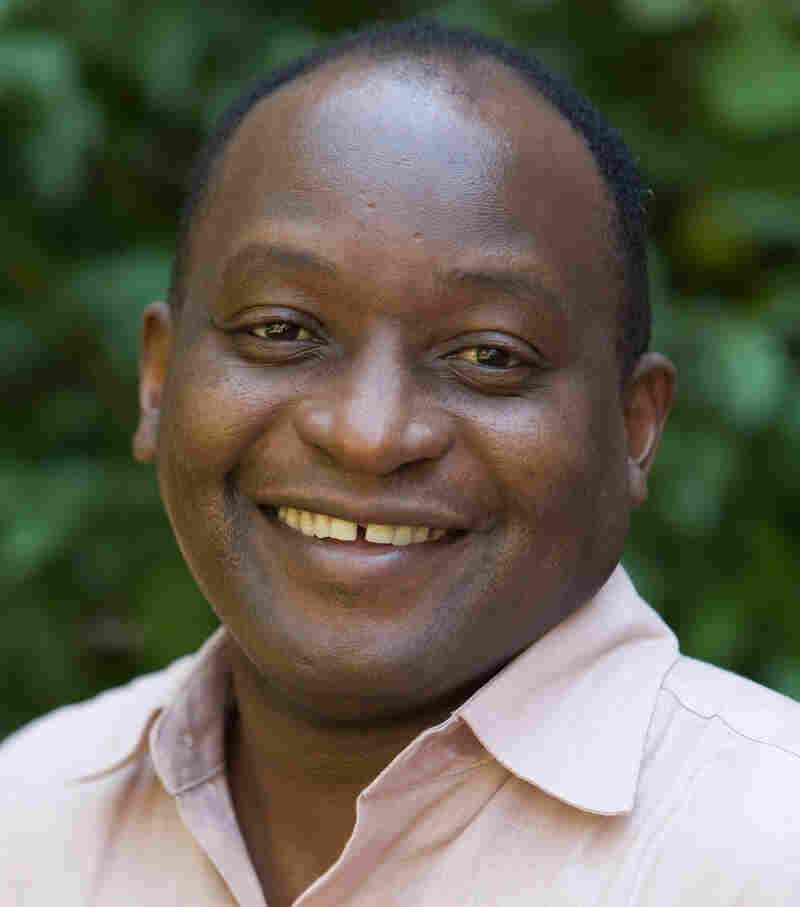 Veteran D.C. journalist Terence Samuel is a senior correspondent for The American Prospect and editor-at-large at The Root. hide caption 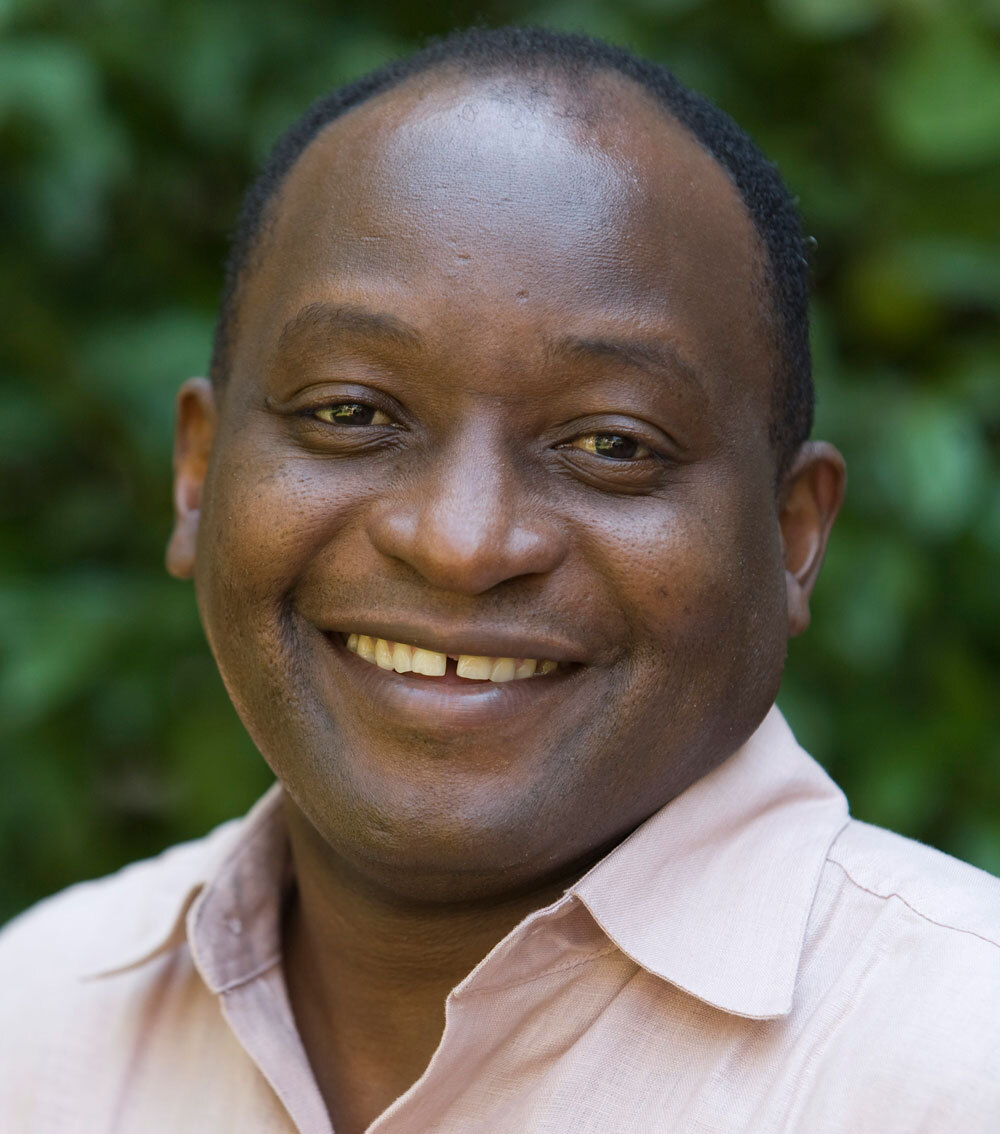 Veteran D.C. journalist Terence Samuel is a senior correspondent for The American Prospect and editor-at-large at The Root.

Corker had the added frustration of being in the Senate's Republican minority -- so his party didn't control the agenda. But Samuel says the "real power" in the Senate lies with the minority because they have "the power to say no" -- a power that the Republicans exercised frequently in the early part of 2007.

Today, Corker has a reputation as someone who works across the aisle, and Samuel says that reflects his experience as a first-term senator with a largely Democratic, change-oriented freshman class.

"This was the class that had been charged with changing the dynamics in Washington," Samuel says.

There's a sense in the book that when the Senate is moving slowly, it is, in theory at its most successful.

"In some ways, the Senate was intended to be an obstructionist institution," Samuel acknowledges. "It was a reflection of the mistrust that the founders had in how well we would govern ourselves."

He says the people who thrive in the Senate are the politicians who learn to live with frustration -- in a place where "gridlock seems like success."

The Upper House: A Journey behind the Closed Doors of the U.S. Senate
By Terence Samuel
Hardcover, 256 pages
Palgrave Macmillan
List price: $26

Senators' desks are assigned by seniority but also by the desires of the senior members. So, for example, Ted Kennedy sat in the back row of the Senate for his entire career, the same desk his brother Jack used. Klobuchar's was the same desk that Eugene McCarthy, George McGovern, and Barbara Mikulski once sat at. Claire McCaskill sat in a desk that Truman once had used in the Senate, and during the election, she had earned her own reputation as a straight talker in the same vein as her illustrious predecessor. In June 2007, McCaskill went to Baghdad to get a look at how the United

States was spending the $2 billion that was gushing out of the treasury each week for the war in Iraq. The former state auditor had been railing about the need for more congressional oversight since she got to Washington. She came back from Baghdad lamenting the "cost-plus" contracts that had enriched so many of the independent contractors doing business with the U.S. government in Iraq. Such contracts pay contractors a profit as a percentage of whatever the project costs. McCaskill said she had eaten in very nice mess halls and wanted to assure her constituents that the troops were eating well at least. But "cost-plus is a dangerous contracting device," she insisted in a conference call with reporters from Kuwait, "because what cost-plus says to someone is, 'The more you spend, the more you make.' And that's a dangerous thing to do around public dollars."

It was already clear at that point that the cost of the war was going to surpass a trillion dollars. "I think that, if there's any conclusions that I can draw about the contracting piece of this," McCaskill said on the same call, "it's that in an effort to succeed in the military mission, there was an abdication of stewardship as it relates to the way that the money was spent, particularly as it relates to some of the contracts, both on reconstruction and in supporting our troops." In other words, we overpaid to win battles that we have not won.

McCaskill's predecessor, Harry Truman, essentially established the model for this kind of congressional investigation during World War II with the Truman Committee, which exposed waste and fraud in military procurement and gave the until then little-known senator a very visible public profile. In an October 2007 press release, McCaskill wrote, "Late into the night when our amendment was finally brought up, miracle of all miracles, it passed without a single 'no' vote. As I said on the floor of the United States Senate that night, 'Harry Truman would be proud.'"

It was obvious that the war wasn't going that well militarily either. McCaskill said that all the troops she met with were proud of their work, but on the question of effectiveness, she was left with a "mixed bag" of reactions. "I think all of them were proud of the job they were doing and that certainly was my message to them, how proud we are of them in Missouri and in America," she said from Kuwait. "But, honestly, there were some that said, 'We need to get out. We're not doing any good over here. We need to get out immediately. We need to all get out.'"

McCaskill directly dismissed efforts by some to overdress the good news in Iraq. "I will tell you that anyone who has come over and spent time talking to the troops and comes home and says, 'They all think what we're doing is great and we need to stay here as long as it takes,' is not honestly talking to the troops," McCaskill said. "There are many of them at this point, especially those, I found, that have been deployed for the second or third time, that are very discouraged and do not believe that we are making meaningful progress in terms of what we're trying to accomplish over here."

Truman once tried to minimize his reputation as a confrontational rabble rouser by denying the appropriateness of his nickname, "Give 'Em Hell Harry." He said, "I never gave anybody hell! I just told the truth and they thought it was hell." Democrats had been taking heat because the focus had shifted from the war to other issues, like immigration and energy. But Iraq wasn't going away, and party leaders were aware of that. McCaskill said cleaning up the Iraq contracting mess, before and after the war ends, was going to take a long time. "It's going to take a fairly long attention span," she concluded. 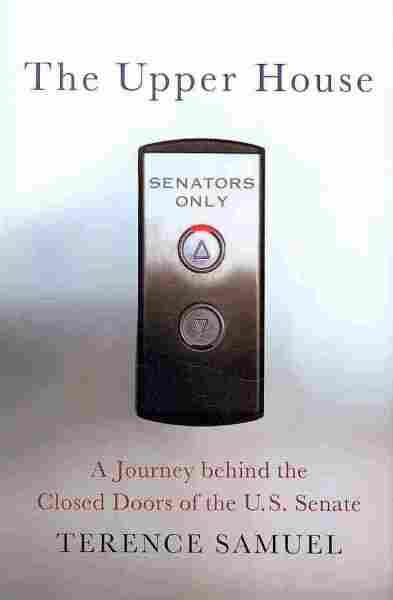 A Journey Behind the Closed Doors of the U.S. Senate

Title
The Upper House
Subtitle
A Journey Behind the Closed Doors of the U.S. Senate
Author
Terence Samuel