Accessibility links
BP To Continue Video Feed During 'Top Kill' Try In a statement, the company said the decision came after talks with Coast Guard Adm. Thad Allen, who is in charge of the U.S. response to the spill. Earlier, Rep. Edward Markey (D-MA) had said the company was planning to end the broadcast during the procedure. 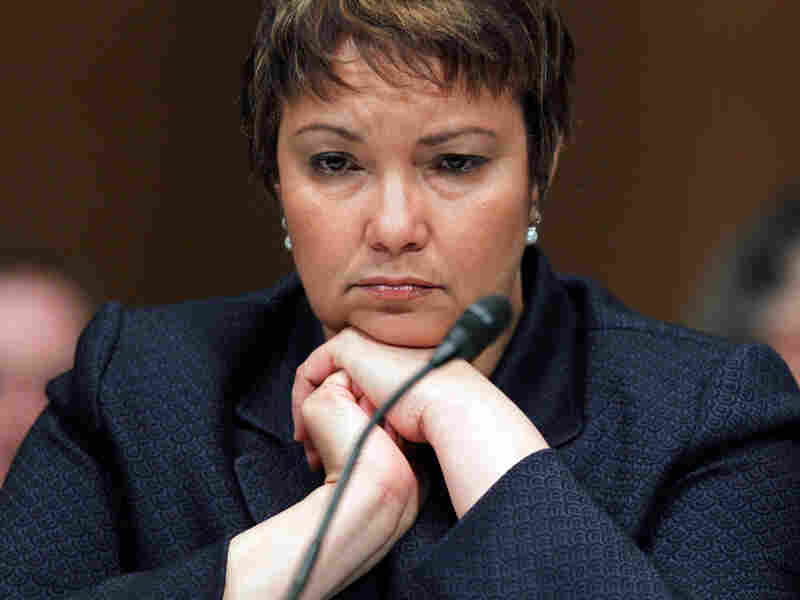 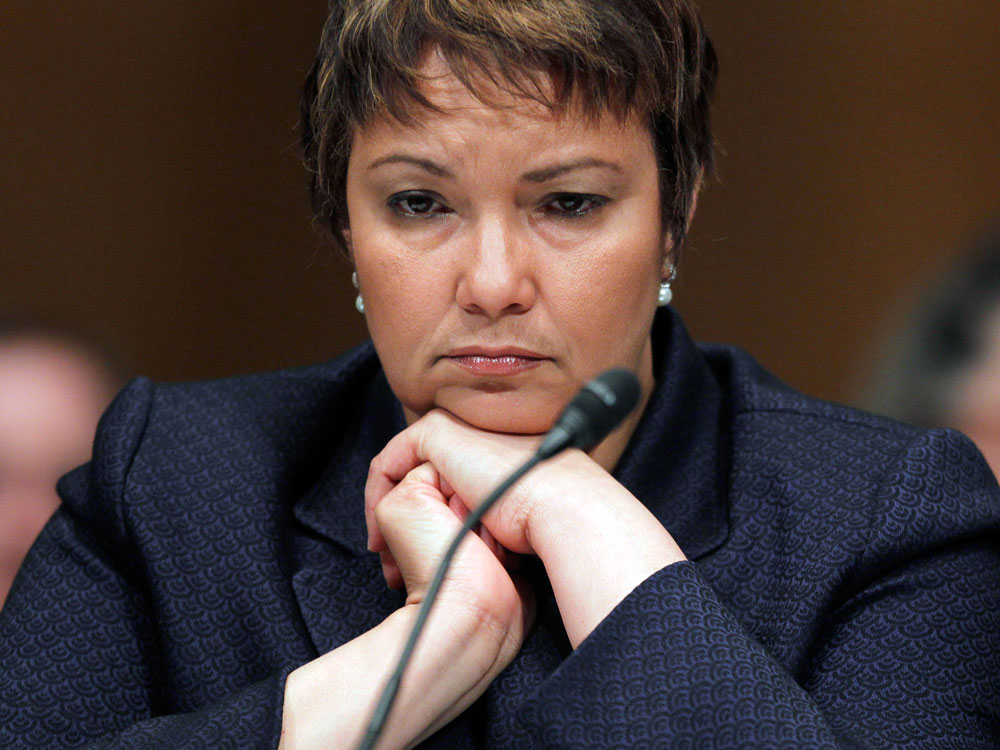 Energy giant BP said Tuesday that it will continue to provide a live video feed of the oil spill during a procedure called a "top kill," designed to choke off the leak in the Gulf of Mexico; earlier reports had said the company was planning to cut off the broadcast.

"Following detailed discussion with the National Incident Commander, Adm. Thad Allen, [BP] will continue to provide live video feeds from the seabed throughout the planned 'top kill' procedure," the company said in a statement on its website.

Markey, who was instrumental in getting BP to provide the live feed in the first place, had expressed anger.

"It is outrageous that BP would kill the video feed for the top kill," Markey said earlier.

The top kill procedure involves shooting heavy mud and cement into the well to plug it up. The procedure has never been tried a mile beneath the sea, and company executives estimate its chances of success at 60 to 70 percent

President Obama prepared to head to the Gulf on Friday to review efforts to halt the disastrous flow, but before that he is expected to call for tougher safety requirements for offshore drilling and a stronger inspections regime.

Also Tuesday, the head of the EPA defended the decision to allow BP to continue using a potentially toxic oil dispersant to minimize damage to Gulf coastlines after the Deepwater Horizon disaster off Louisiana.

In an interview with NPR, Lisa Jackson said the Environmental Protection Agency had ordered well operator BP to stop using Corexit 9500, but later agreed to let the company use a reduced amount because no suitable alternative is available.

Meanwhile, BP engineers were gearing up for another attempt to plug the undersea wellhead, this time by inserting mud and possibly other debris directly into the opening that has spewed oil into the Gulf of Mexico since the April 20 accident.

In a letter last week, the EPA ordered BP to stop using Corexit to disperse the oil. But the agency later stepped back from that decision, instead asking the oil giant to use less of the chemical until an alternative is found. BP is reportedly complying with the government's request.

The EPA's Jackson said the agency initially asked BP to produce a list of alternatives to Corexit within 24 hours, but the company said none were readily available. That's when the EPA told BP to scale back its use of Corexit.

"It's not second-guessing the original decision. It's saying, 'OK, what else is out there, and do we need to order it?' " she said.

"There's definitely an environmental trade-off," Jackson told NPR. "It's the trade-off between leaving the oil to rise to the surface and disperse naturally; or trying, especially in deep water, to get it to disperse more effectively so that it never reaches the shorelines."

Moving In For The 'Top Kill'

After several contingency plans failed to cap the blown-out well, BP is now pinning its hopes on the top kill method.

"We've connected all our subsea equipment and are in the final stages of pressure-testing it," Wells said in a conference call with reporters. He said the diagnostic tests would determine whether it was advisable to go ahead with the procedure.

On Monday, BP's chief operating officer, Doug Suttles, gave the top kill a 60 percent to 70 percent chance of success, but Wells was a bit more sanguine, echoing earlier statements the company has made about the difficulty of working at such massive depths.

The top kill procedure "has been done successfully in the past, but it has not been done at 5,000 feet," Wells said.

If the top kill should fail, he said, the next option would be to bring in another concrete cap that would go over the Lower Marine Riser Package. The LMRP is part of the blowout preventer that failed to function properly and is thought to have contributed to the April 20 accident.

The only permanent solution is a pair of relief wells that crews have already started drilling, but that task could take at least two months.

BP is briefing the federal government on an internal investigation into the Deepwater Horizon rig disaster, which killed 11 people. The probe focuses on two key areas as possible causes: the failure of the blowout preventer, and cement work being done at the wellhead hours before the explosion. BP said in a statement late Monday that no final conclusion has been reached. But the company did acknowledge that multiple control mechanisms should have prevented the accident.

Meanwhile, a new report by the Interior Department's acting inspector general found that staffers at the Minerals Management Service, which oversees offshore drilling, accepted tickets to sporting events and other gifts from oil and gas companies, and used government computers to view pornography.

In at least one case, an inspector for the MMS admitted using crystal methamphetamine and said he might have been under the influence of the drug the next day at work, according to the report. It follows a 2008 report alleging a culture of cronyism between regulators and the industry.

Interior Secretary Ken Salazar, who has called the findings "deeply disturbing," said several employees mentioned in the report have resigned, were fired or were referred for prosecution. All violations in the report occurred before the Gulf spill.

At a hearing of the Senate Energy and Natural Resources Committee on Tuesday, Chairman Jeff Bingaman (D-NM) said that a $75 million federal cap on damages "clearly is nowhere near the damages that … have resulted from this disaster."

"We need to ensure that those harmed by this accident are fully compensated and that a system is in place that properly allocates risks and losses," Bingaman said.

Louisiana Gov. Bobby Jindal has been critical of the federal government's response to the crisis, which has had its greatest impact so far on his state. He said he was going to call out members of the Louisiana National Guard to join state wildlife and fisheries agents to supplement the "inadequate" federal response.

Jindal singled out the U.S. Army Corps of Engineers for failing to sign off on a plan to build a chain of protective sand barriers, or berms, off the coast to help block the oil.

"We are not waiting for them. We are going to build it," Jindal said. U.S. officials say the Corps is nearing a final decision.

The governor warned of a far-reaching disaster if the ongoing efforts to stop the oil gushing into the Gulf of Mexico are unsuccessful. "This oil threatens not only our coast and our wetlands; this oil fundamentally threatens our way of life here in south Louisiana," he told reporters.

At Jindal's request, the Department of Commerce on Tuesday declared a commercial fisheries failure for Louisiana. The move clears the way for federal aid to commercial fishermen who have been hit hard by the spill.

At a town hall meeting this week attended by a BP claims representative in Chalmette, La., angry citizens, including many out-of-work fishermen, vented their frustrations about the effort to contain the spill.

"I'm not seeing BP coming to save my heritage yet," said Erwin Menesses. "That's important to me. Just as important as money."