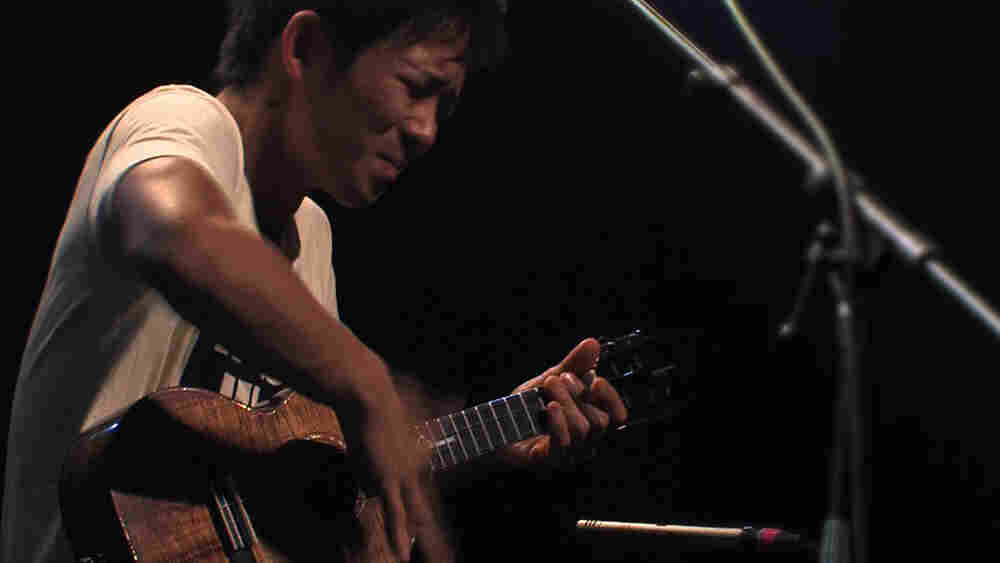 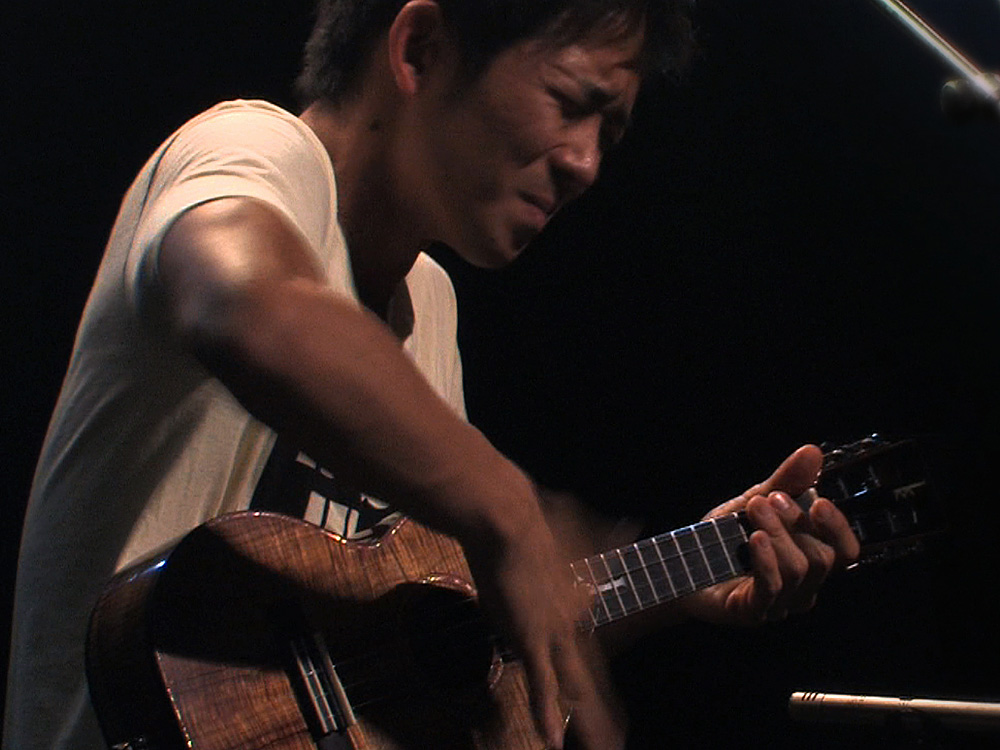 Watch Clips From The Documentary

The ukulele has a mixed bag of friends, including mega-zillionaire Warren Buffett, at least three Beatles and elementary-school students in Nova Scotia. Despite many thousands of fans the world over, the small four-stringed instrument has been the butt of countless jokes and insults. But as a new documentary demonstrates, the uke has made a comeback.

The Mighty Uke: The Amazing Comeback of a Musical Underdog opens with shots of Hawaiian virtuoso Jake Shimabukuro -- now 33 -- in New York City wearing jeans, sneakers and a T-shirt, playing his ukulele with brilliance and brio. Director Tony Coleman describes Shimbukuro's technique as "ukulele shock and awe. He's an athletic performer, full of expression." Shimbukuro's mother handed him a ukulele when he was 4, and a little more than two decades later, his version of George Harrison's "While My Guitar Gently Weeps" went viral on YouTube.

A New Generation Of Players

Tony Coleman traveled with the documentary's producer, Margaret Meagher, in search of all kinds of artists who now play the instrument. They followed uke clubs and orchestras in the U.S., Canada and other places around the world. They found artists like Shimbukuro and Canadian virtuoso James Hill, who is also featured in the documentary. Hill grew up in Langley, British Columbia, where he began playing when he was 8 -- though not necessarily by choice.

"When I got to grade 4, they just handed me a ukulele," he says. "It was part of your standard-issue kind of school equipment."

Hill adds that he thinks the little instrument creates community.

"When people come to a ukulele performance, more often than not they bring their ukuleles with them," he says. "And they'll sit there in the audience waiting for the moment where they are asked to join in. Contrast that with a symphony performance -- nobody brings their oboe."

So why are so many people coming back to the ukulele? Filmmaker Tony Coleman and uke enthusiast James Hill agree that the instrument can be inexpensive, it's fun to make music with lots of people, and it's easy. But as Hill says, "The uke is easy to play, but not easy to play well." That has some wondering whether the current spotlight on the uke will burn out in time. 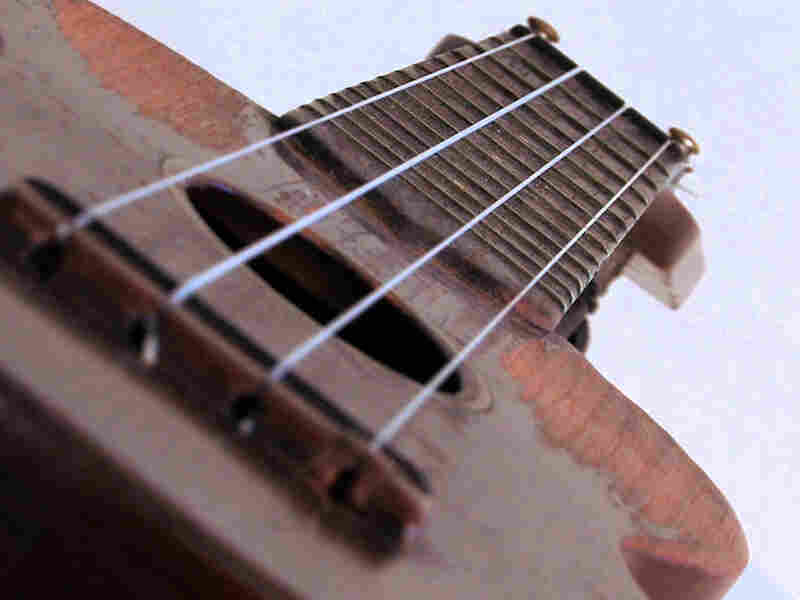 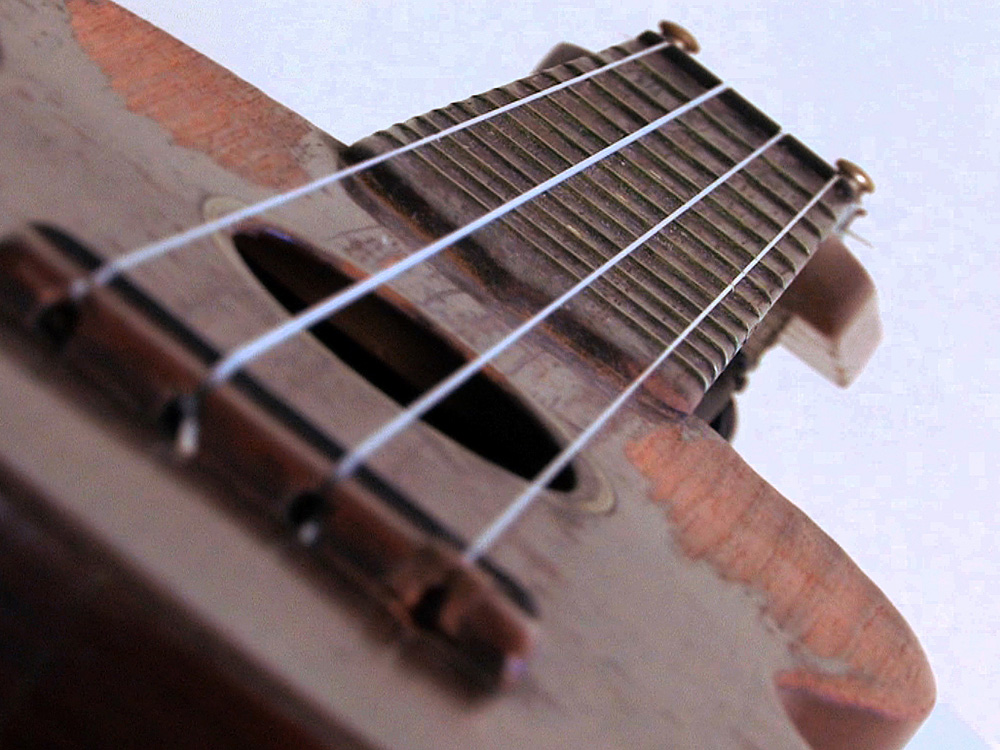 The Uke Revolution: Here To Stay?

Coleman says the uke's current wave of popularity probably started more than a decade ago, with Hawaiian artist Israel Kamakawiwo'ole. His ukulele version of "Somewhere Over the Rainbow" charmed audiences. But Coleman also credits Paul McCartney, who in 2002 performed a concert in tribute to the late George Harrison -- a big ukulele fan. McCartney brought out a ukulele Harrison had given him and sang "Something." The next day, Coleman says, the uke started selling and helped inspire a new generation of players.

"Initially," Coleman says, "when we decided to make the documentary, the thing I was interested in was the musical surprise. But I was blown away by the little instrument's power to bring people together."

Now there are uke clubs everywhere, Coleman says, and you often see many generations playing together, young and old.

Tony Coleman says he hopes his documentary will help ensure the lasting quality of this big-hearted little instrument, with its ability to create communities of happy music-makers.

"For centuries, music was an integral part of our lives. All of us played music or knew someone who did," Coleman says. "Then, at the beginning of the 20th century, the record player came along and all of a sudden we weren't good enough. We were encouraged to listen, to be passive listeners. And I think that we lost something very fundamental to our souls: making music together."