Accessibility links
Facebook's Dilemma: When Privacy Hits The Fan User anger against Facebook has been on the rise ever since the company made it harder to protect personal information. The social media giant will announce new privacy settings on Wednesday in an attempt to allay mounting concerns from consumers and Congress. 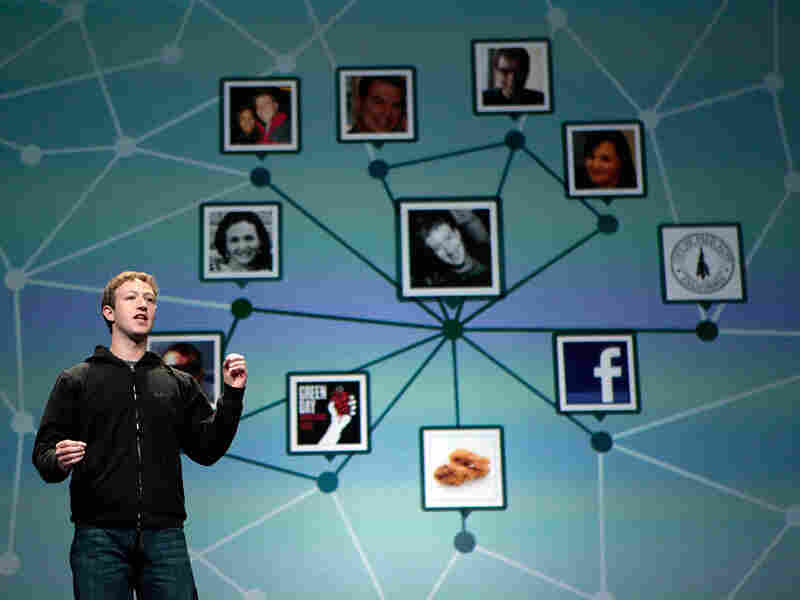 Facebook CEO Mark Zuckerberg has made it clear in recent days that the company plans to change its privacy settings in an attempt to satisfy concerns from users and Congress. Marcio Jose Sanchez/AP hide caption 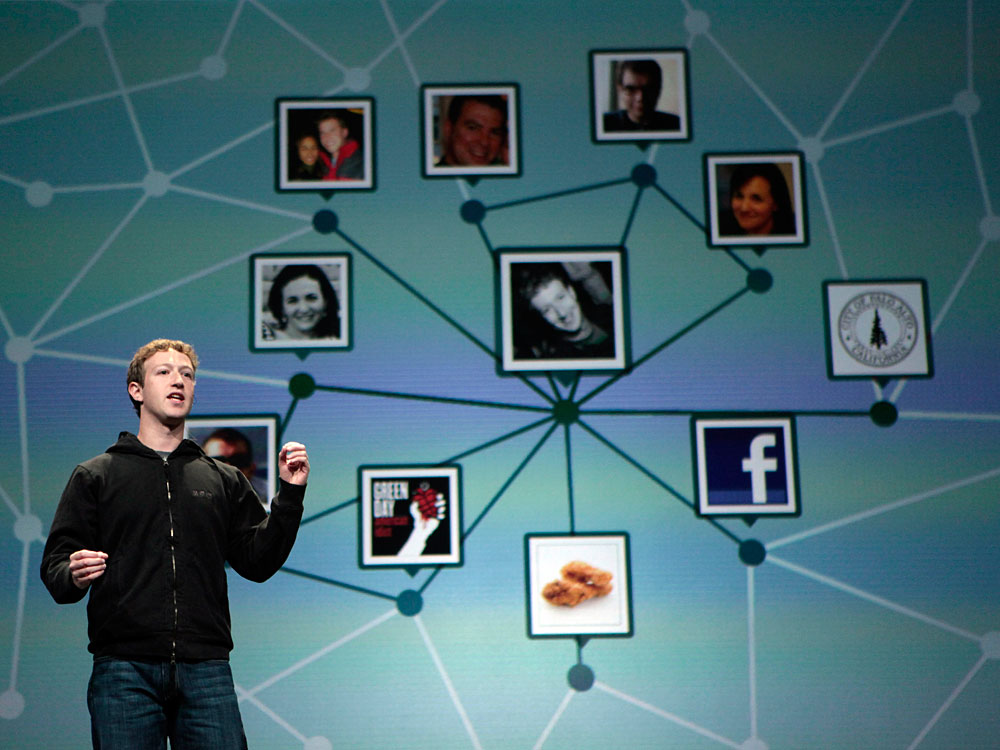 Facebook CEO Mark Zuckerberg has made it clear in recent days that the company plans to change its privacy settings in an attempt to satisfy concerns from users and Congress.

User anger against Facebook has been building since last year, when the social networking giant made it more complicated to protect personal information.

The company dismissed the criticism at first, but on Wednesday, Facebook will introduce new "improved" privacy controls.

"You can see some crazy things that people are sharing with the whole world," says Will Moffat, who runs the website Youropenbook.org.

It's an experiment: It searches "status updates" on Facebook -- those are the little paragraphs people write about what they're up to.

The results are mesmerizing. A search for "playing hooky" is kind of fun, but you get sadder results when you search for "divorce" or "cancer." Moffat says people are sharing more than they realize, because Facebook's privacy settings are confusing.

"Most people think 'everybody' means all of their friends," Moffat says. "They don't realize it means everybody on the Internet for all time."

To test that proposition, NPR searched youropenbook.org for the phrase "my new cell phone number" in order to randomly find someone who had updated their status with their new phone number.

Heidi Irbi in South Carolina was a little surprised that NPR was able to see her photo, her status update -- and her number. She thought that information went only to her Facebook "friends."

At the same time, Irbi says she doesn't really mind that her number went out to the rest of the world. Another woman whose number came up in the search, Judy Corley, was even less worried.

"I'm a gun-toting Texan, so I just don't have much concern about it," Corley says.

A Passion For Sharing?

The company wouldn't comment for this story and pointed NPR in the direction of friendly policy analysts instead.

Berin Szoka, a senior fellow at The Progress and Freedom Foundation, which just started receiving some of its funding from Facebook, says the company could make privacy the default setting, but at a cost.

"If everybody has to go to the trouble of opting in to make everything visible, well, the quality of the site is degraded," Szoka says.

Over the weekend, Facebook CEO Mark Zuckerberg sent an e-mail to a well-known tech blogger in which he admitted the company had made, in his words, "a bunch of mistakes."

Wednesday's unveiling of the new privacy controls is also aimed at Washington. That's because Congress has recently started talking about doing the one thing Facebook really doesn't want -- passing a law requiring that users "opt in" to have their information shared.