Accessibility links
Afghan Opposition Leader Sees Chance In Kandahar The U.S. strategy to control Kandahar, in southern Afghanistan, relies on a solid government that can take over when the Taliban leave. Opposition leader Abdullah Abdullah says that can happen -- but that it depends on President Karzai. 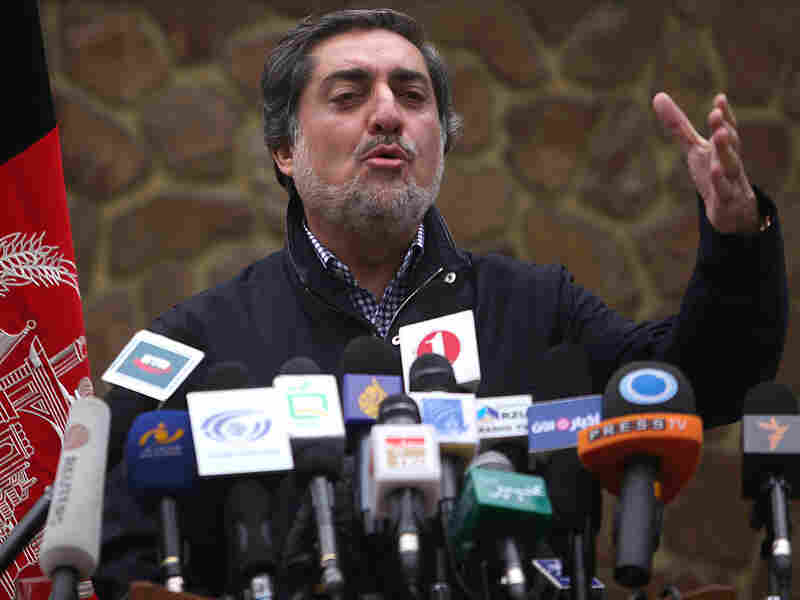 Despite his election loss, Abdullah Abdullah has remained the main political rival of Afghan President Hamid Karzai. Here, he holds a press conference at his residence in Kabul last month. AP hide caption 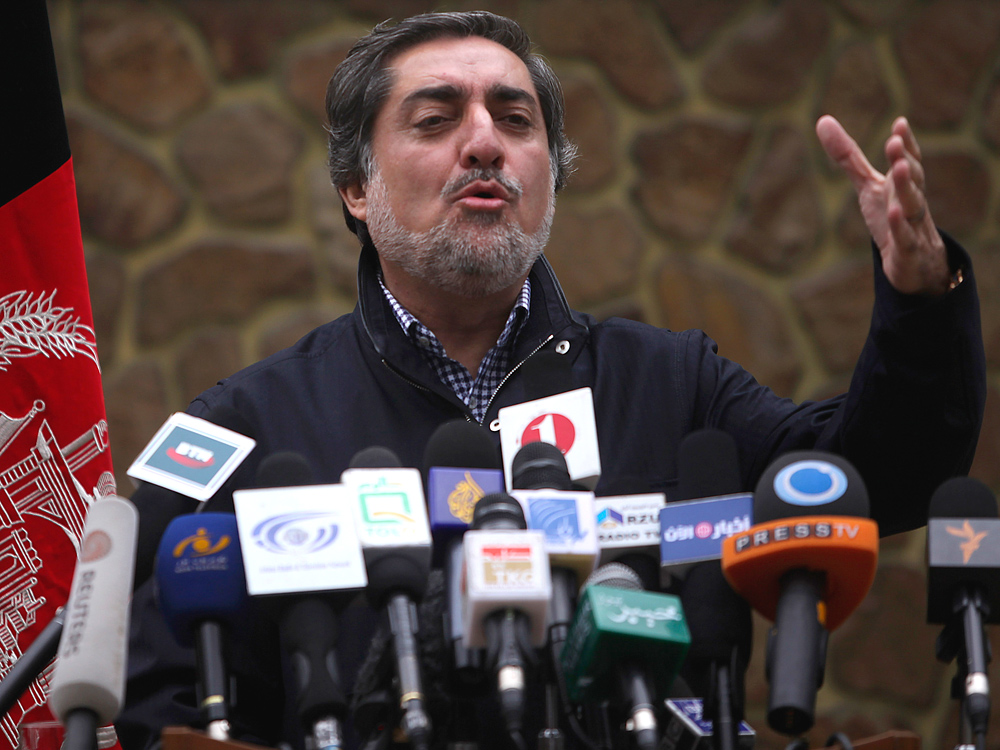 Despite his election loss, Abdullah Abdullah has remained the main political rival of Afghan President Hamid Karzai. Here, he holds a press conference at his residence in Kabul last month.

The NATO strategy to secure Kandahar, in southern Afghanistan, relies on a solid Afghan government that can take over when the Taliban leave. Opposition leader Abdullah Abdullah says that can happen -- but that it depends on President Hamid Karzai.

"It is absolutely possible" for a civilian government to rule the area, Abdullah told NPR's Renee Montagne during a visit to Washington, D.C.

"But at the same time, if we are talking about the political will in the Afghan leadership -- President Karzai included -- that's the question."

The issue is that Karzai doesn't see the area the same way as the residents of Kandahar, according to Abdullah.

"They rank corruption and bad government as the problem No. 1, even before Taliban and al-Qaida," he says. "That's in the eyes of the people in Kandahar. So, the government of Afghanistan is not looking at it from that angle. That makes it problematic."

Hopes For Democracy In Afghanistan

In his challenge to Karzai in Afghanistan's presidential election last year, Abdullah got millions of votes -- enough to come in second -- before walking away from a runoff that he said couldn't possibly be fair. He remains Karzai's vocal opponent.

Abdullah's campaign drew large crowds of people who were excited about his candidacy and the electoral process. Despite the election ending under a cloud of controversy, Abdullah has been allowed to form an opposition party.

Asked how much he expects to accomplish, Abdullah points to a new awareness in Afghanistan as an achievement in itself -- "awareness about the rights of citizens; women's rights; the right to vote."

"This democratic movement in Afghanistan cannot be stopped," he says.

His party will have a chance to gain parliamentary seats this fall, when Afghanistan is slated to have a round of elections. Asked if he has high hopes, Abdullah says, "We are hopeful -- but at the same time, we are concerned. We don't want to go through the same exercise as we went through during the presidential elections, in terms of fraud. That's the concern."

The War Against Militants

U.S.-led forces are preparing for a new military effort in southern Afghanistan, hoping to take control of the area from militants.

Gen. Stanley McChrystal, the top American commander in Afghanistan, recently said that in the military struggle for control of the country, the Taliban are not winning, but that the two sides are in a stalemate.

"Today, with over 40 nations having soldiers there and billions of dollars being pulled in, that's not a sufficient achievement," Abdullah says.

U.S. and NATO troops are scheduled to begin withdrawing in 2011. Asked if 2011 is too early for foreign troops to leave Afghanistan, Abdullah says that it all depends on the circumstances -- and on the Afghan government's commitment to succeed.