Accessibility links
Iran Protesters' Twitter Revolution On Display In Paris When Tehran banned the media from covering massive protests after the country's presidential election last year, ordinary Iranians used cell phones and social-networking and image-sharing websites such as Facebook and YouTube to communicate. Now, those images are on exhibit. 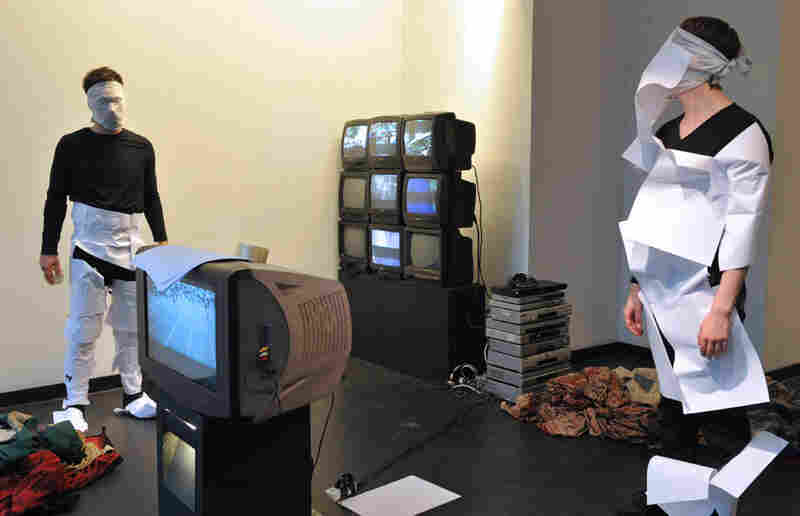 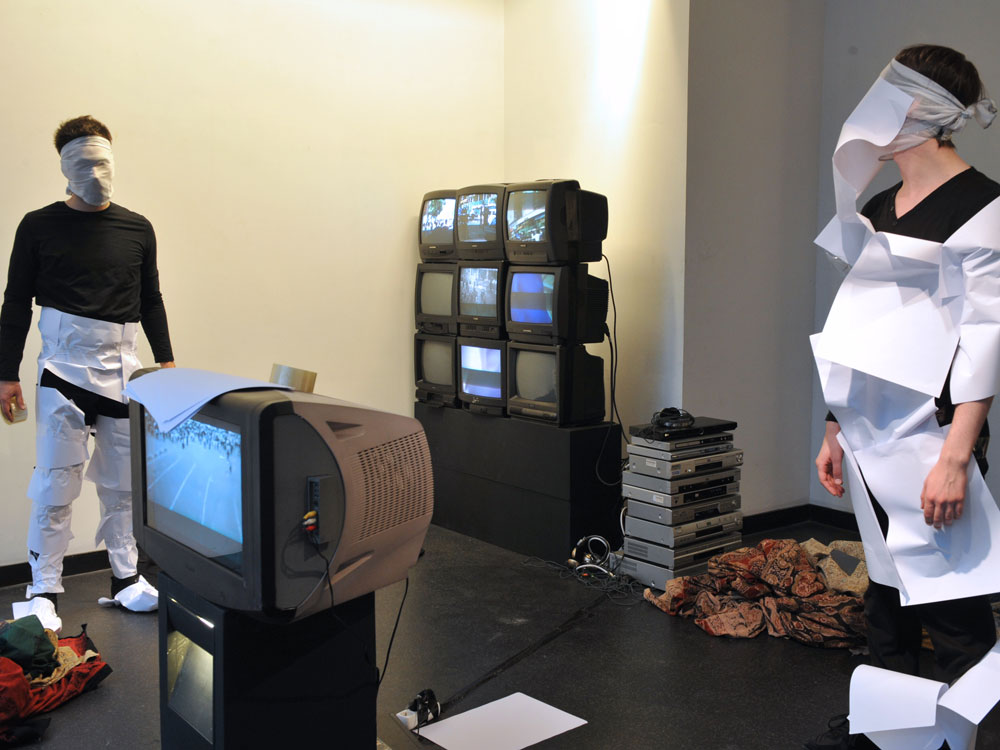 An exhibit in Paris brings together some of the thousands of mobile phone videos shot by anti-government protesters after last June's disputed presidential election.

Tehran largely banned international and Iranian media from freely covering the massive wave of protests over alleged fraud in the re-election of President Mahmoud Ahmedinejad.

The Paris exhibit, "Action 1," gives visitors a firsthand look at the demonstrations and the crackdown that seem to have changed the lives of millions of Iranians.

The exhibit's organizers viewed thousands of Internet videos before making the selection to display in 59 Rivoli, a gallery off Paris' busy rue de Rivoli. The group calls itself the Green Ribbon, after the symbol of Iran's opposition movement. It is made up of Iranians living in France as well as some French artists who came together after last year's election to support Iranian artists.

Orash, one of the Green Ribbon's leaders, came to Paris from Iran a year and a half ago. He doesn't want to give his last name in case he returns -- and out of solidarity with the exhibit's anonymous video artists. Orash says last year's demonstrations ended the isolation of millions of Iranians.

"Personally ... I thought that I don't want this regime, but I am the only one. It's no good to shout, it's no good to write, to create. But after these events, I saw that millions and millions of [people] are thinking the same way. So it gave new hope for Iranians all over the world, and it has created a solidarity beyond imagination," Orash says.

Scenes of violence play out on TV screens all over the gallery as black-clad Basiji militia beat people and chase crowds of young people through the streets. French subtitles translate some of the conversation of those filming. "They look just like the Gestapo," says one witness.

Scottish visitor Stephen Riley said he was seeing the footage for the first time.

"The contrast between the physical arms of the militia and the communication arms of the protesters, which seems to amount to mobile phones and cameras, is quite a striking paradox," Riley says.

Riley came to the exhibit with his friend, a 50-year-old Iranian who calls herself Aryan H., because she also fears giving her last name. Aryan H. has lived in Paris for 20 years. In 1979, she demonstrated to overthrow the shah and bring Ayatollah Khomeini to power. She says many young people still blame her generation for that.

"My generation, we [were] very ashamed, because it was our fault what's happened to them," she says, adding that the latest demonstrations have helped bring the two generations back together.

The exhibit has become a gathering point for Paris' Iranian community. Expats converse in Farsi on the sidewalk in front of the gallery.

Giant reproductions of some of the Twitter messages sent during the protests hang in the gallery's tall windows. "It's getting harder to log on to the Net," reads one. "Our phone line was cut and we lost Internet," says another.

The gallery's top floor is pitch dark, except for some tiny electric candles placed around the floor. The room is filled with the sound of people chanting "Allahu akbar," or "God is great," from the rooftops of Tehran.

Another Green Ribbon member, Azam, 27, says this chanting went on every night for more than six months after the June 12 election, turning what was once a mantra of the Islamic revolution into a call for protest. She says the nightly ritual brought people closer.

These young Iranians say they believe it is only a matter of time before the movement that began last summer leads to real change in Iran.