Accessibility links
New York Program Helps Young Musicians 'Face The Music' Face the Music is inspiring teenagers to look more closely at contemporary music. The program trains teens in traditional classical music and allows them to work with living composers such as 29-year-old Nico Muhly. Face the Music will perform at Merkin Concert Hall Thursday night, and at the Bang on a Can Marathon next month. 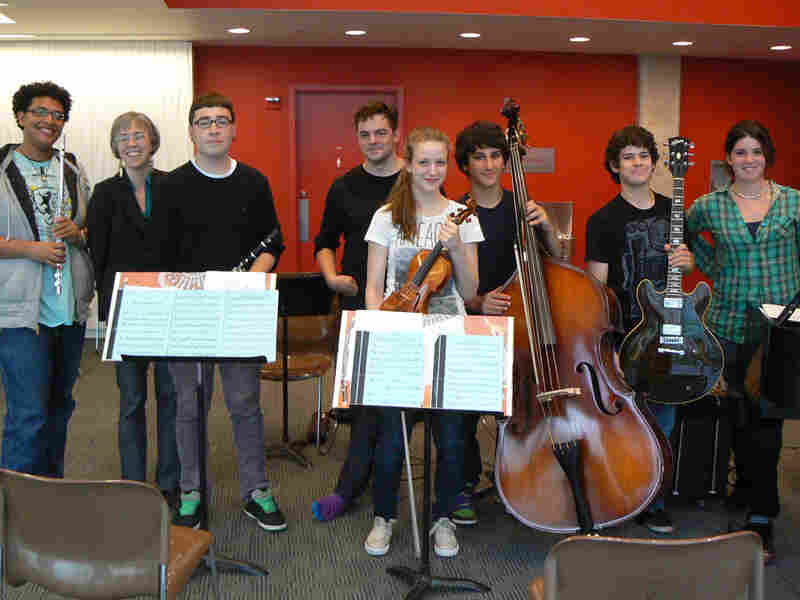 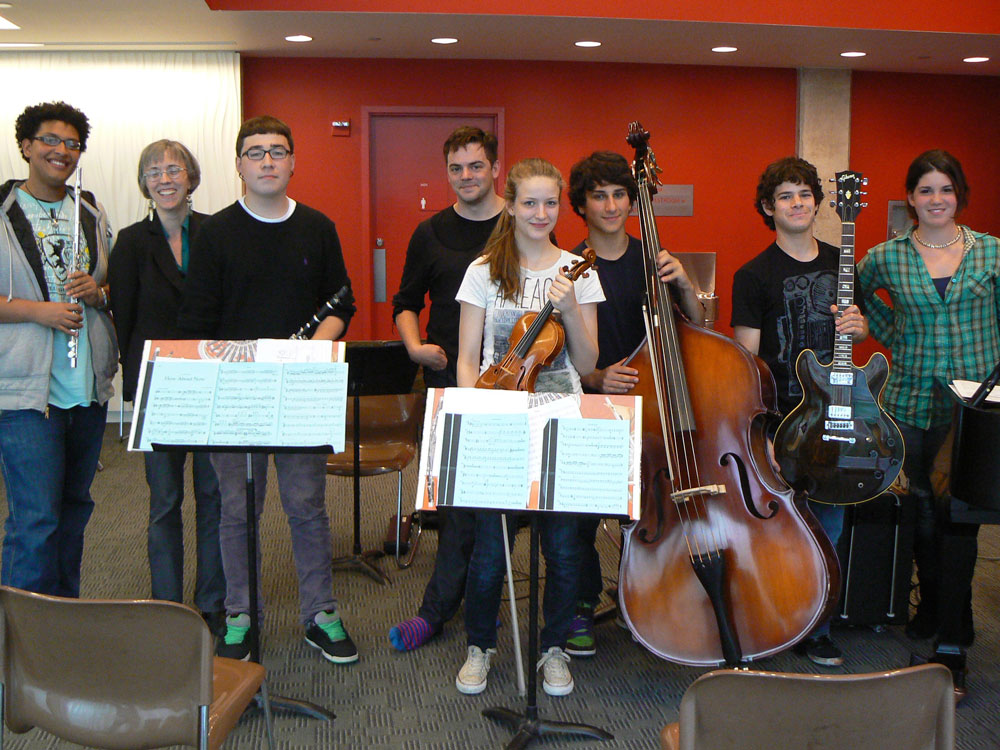 Watch Performances By Face The Music

This past Monday, a group of teenagers nervously gathered at Merkin Concert Hall on New York's Upper West Side. They were there to rehearse for a concert featuring several pieces by 29-year-old composer Nico Muhly, one of the bright young stars in the classical music world. He's feverishly working on several compositions, including a commission for the Metropolitan Opera, but on Monday, his attention was focused on these teens.

The teenagers are part of New York's Face the Music, a program in which young musicians play exclusively contemporary music and often get the chance to work directly with composers.

Haley Gillia is a 15-year-old from Brooklyn who has been playing violin since she was 4. She's been part of Face the Music for several years now.

Face the Music is the brainchild of Jenny Undercofler, who runs the Special Music School, a New York City public school for gifted young musicians. Most of their training focuses on traditional classical music, but Undercofler says she wanted to expose kids to contemporary music and living composers.

"What is amazing to me is how enthusiastic they are about it, how engaged they are, how tough they are," Undercofler says. "I am convinced that it's a big thing. I'm convinced that if we can engage more students like this, that we will eventually be changing the music profession itself."

Muhly says he comes away from rehearsal impressed by the young musicians.

"Dealing with them has been akin to dealing with professionals," Muhly says. "Weirdly, it didn't feel that much different than dealing with the Philharmonic or something. They were just like, 'We're here to work, we'll do what you say. We can do this weird rehearsal technique if you want.' It was great."

In a few years, Muhly might find himself working with some of the children as professional musicians. Luis Diaz, a 16-year-old flute player, says Face the Music has made him think seriously about focusing on a career in contemporary music.

Face the Music will perform at Merkin Concert Hall on Thursday night, and at the Bang on a Can Marathon next month.