Accessibility links
Obama Halts Drilling Projects, Defends Actions At a White House news conference, the president announced new steps in the aftermath of the disaster, as administration officials awaited the results of the "top kill" attempt to close the well spewing oil into the Gulf of Mexico. 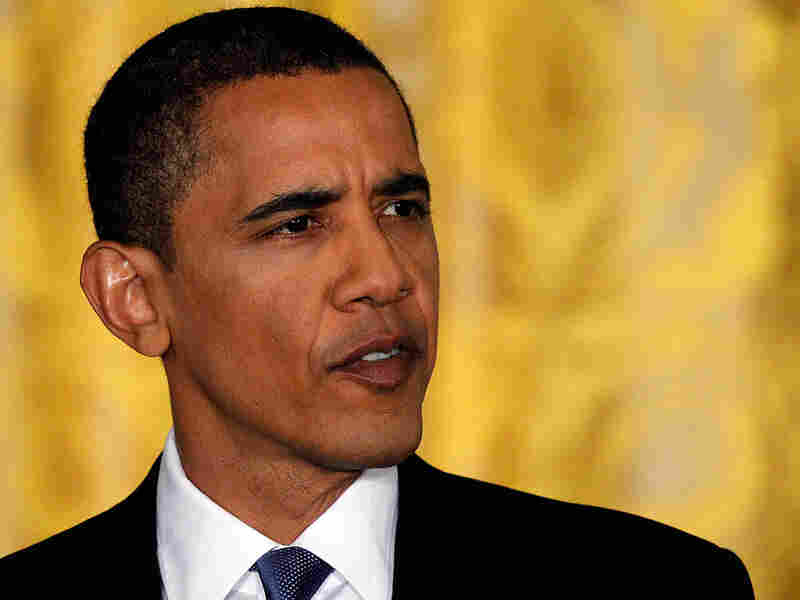 President Obama said on Thursday the U.S. government would ensure that BP paid for everything involved in stopping the oil leak in the Gulf of Mexico. Alex Brandon/AP hide caption 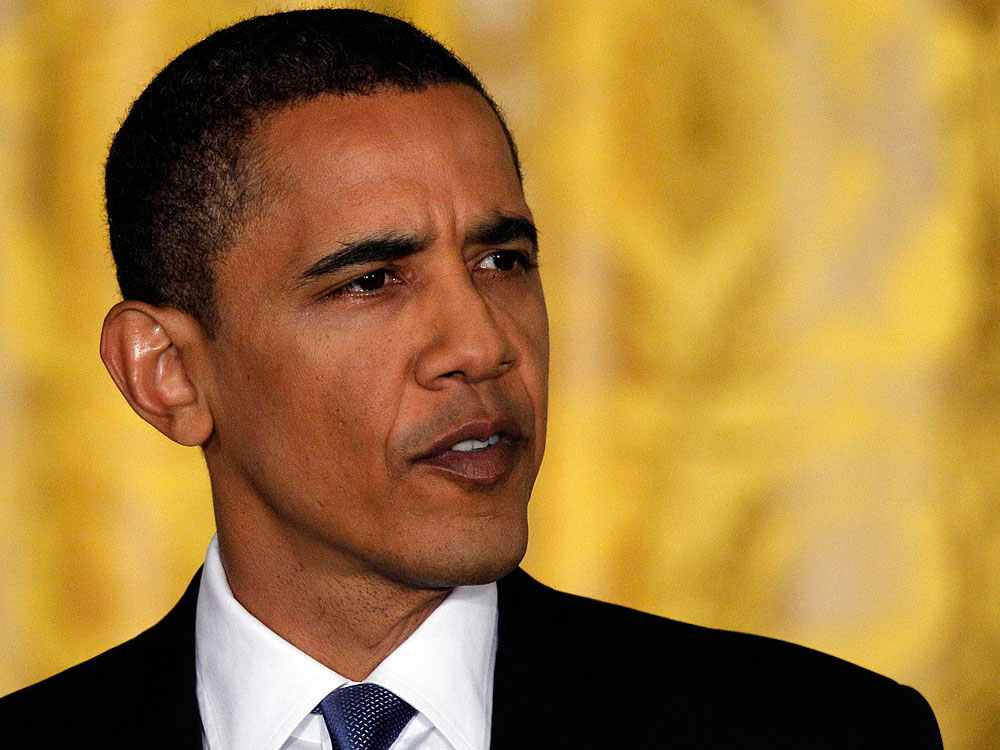 President Obama said on Thursday the U.S. government would ensure that BP paid for everything involved in stopping the oil leak in the Gulf of Mexico.

President Obama vigorously defended his administration's response to the Gulf spill on Thursday, but he said he was mistaken in thinking that oil companies were adequately prepared to respond to such a disaster.

The president said he believed that oil companies such as BP, the operator of the Deepwater Horizon oil rig that exploded and sank last month, "had their act together when it came to worst-case scenarios."

"I was wrong," he conceded.

During the White House news conference, Obama announced new steps in the aftermath of the Gulf spill, including extending a moratorium on drilling permits for six months. He also said he was suspending planned exploration drilling off the coasts of Alaska and Virginia and on 33 wells currently being drilled in the Gulf of Mexico.

Some proposed lease sales off the coasts of Alaska and Virginia and the Gulf Coast will be delayed or canceled.

Those steps, along with new oversight and safety standards, are the results of a 30-day safety review of offshore drilling conducted by Interior Secretary Ken Salazar at Obama's direction.

In March, Obama and Salazar canceled a planned 2011 lease sale in Alaska's Bristol Bay, where oil development was proposed by the Bush administration. They also canceled four scheduled lease sales in the Chukchi and Beaufort seas and said no additional leases would be offered there until more scientific data are collected.

In Thursday's East Room address, Obama also hit back at critics who have accused his administration of taking a hands-off approach to the Gulf spill. He said the White House had been "singularly focused" since the disaster began.

"The day the rig collapsed and sank into the ocean, I had my team in the Oval Office. I'm briefed every day," the president said. "Those who think that we were either slow on our response or lacked urgency don't know the facts. This has been our highest priority since this crisis occurred."

In response to a question about why it took so long to get resources in place to combat the spill, Obama said authorities had a difficult time "understanding what the worst-case scenarios could be."

"What is true is that when it comes to stopping the leak down below, the federal government does not possess superior technology to BP," he said.

Obama also clarified that BP is taking orders from Coast Guard Adm. Thad Allen, who is directing the federal response to the spill: "Make no mistake; BP is acting at our direction."

The president noted that some 1,400 National Guard troops from four states have been deployed to help tackle the containment and cleanup. Federal officials also have approved part of Louisiana's proposal to erect sand barrier islands to try to keep the oil from washing ashore.

The Gulf disaster highlights the needs to develop alternative sources of energy, Obama said. The House recently passed a bill to move the nation toward a clean energy economy, and a similar bill is being considered in the Senate.

"If nothing else, this disaster should serve as a wake-up call that it's time to move forward on this legislation," he said.

"It's time to accelerate the competition with countries like China who've already realized the future lies in renewable energy, and it's time to seize that future ourselves. So I call on Democrats and Republicans in Congress, working with my administration, to answer this challenge once and for all."

Obama denounced what he called the oil industry's "cozy and sometimes corrupt" ties with government regulators. He spoke shortly after the head of the Minerals Management Service, the troubled agency that oversees offshore drilling, resigned under pressure. The departure of Director Elizabeth Birnbaum was announced hours before the news conference began.

But Obama was careful to emphasize that the problems at the agency predated his administration, noting that "when Secretary Salazar took office, he found a Minerals and Management Service that has been plagued by corruption for years."

Asked about inevitable comparisons between his administration's handling of the disaster with his predecessor's handling of Hurricane Katrina in 2005, Obama said: "I'll leave it to you guys to make those comparisons. ... What I'm thinking about is how do you solve the problem."