Accessibility links
Lingua Globa: How English Became 'Globish' English rose from humble beginnings to become a language that's spoken by people from every corner of the Earth. In Globish, Robert McCrum tells the story of how a mongrel language slowly took the world by storm. 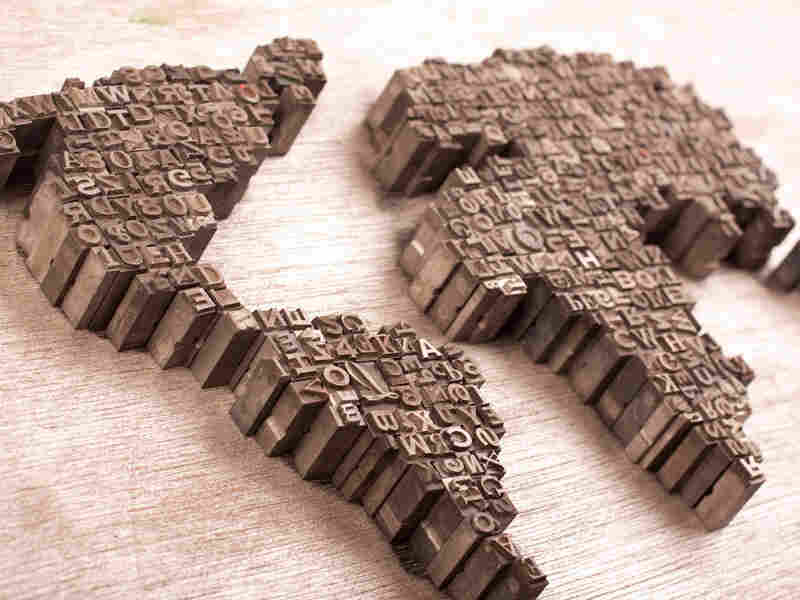 How did a mongrel tongue born on a small island in the north Atlantic become the globally dominant language now known as English?

That's a question Robert McCrum tries to answer in his new book, Globish, which explores the way English took the world by storm over the course of several centuries. It's a story that begins back in the first millennium, when the language spoken in England wasn't even called "English."

The Britons, who first inhabited the isle of Britain, spoke Celtic languages. Their culture was forever altered when Anglo-Saxon raiders began invading England around 500 A.D., bringing with them their own Germanic speech.

"Although they came as raiders and were warriors when they landed, they soon became farmers and artisans and a kind of pastoral people," McCrum tells NPR's Renee Montagne. Pastoral Anglo-Saxon words -- "sheep," "earth," "plow," "dog," "wood," "field" -- provide the "building blocks of the language we use today," says McCrum. 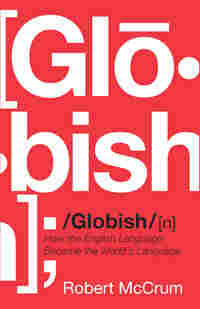 But English is much more than just a combination of Celtic and Anglo-Saxon. Nordic invaders from Scandinavia followed the Anglo-Saxons, altering the language of Britain just as those earlier raiders had. And then, in 1066, came the Norman invasion of England (which McCrum calls "the mother of all invasions.")

The French Normans, led by William the Conqueror, crossed the Channel and imposed a French way of life on the English people with what McCrum describes as "tremendous zeal" and "some ferocity." Norman words that survive to the present day, such as "fortress," "siege," "assault" and "prison," indicate the cruelty of the invasion.

But while the Normans used their native French as the language of the court and of literature, English became the language of England's common, conquered people. Compare English words that come from that time -- "fire," "work," "strong," "heart" -- to French words from that era: "glory," "cordial," "fortune," "guile" and "sacred." As McCrum explains, English disappeared from the written record, but survived "underground on the lips of ordinary people." As a result, the language became democratized very early on.

That democratic character, according to McCrum, is partially responsible for English's eventual global domination. While French imperialists forcefully imposed their own language on foreign countries in a "top-down" manner, English imperialists took a "bottom-up" approach. English would not be "imposed from above by the government" in the colonies, says McCrum. Instead, "the troops would arrive, and the language would flow again from the ordinary people." 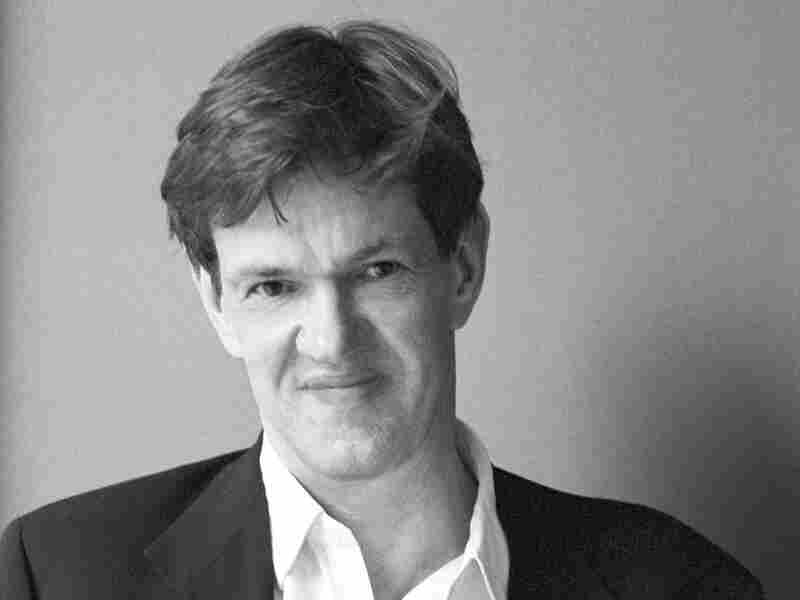 Robert McCrum is an editor at The Observer in London. W. W. Norton & Company hide caption 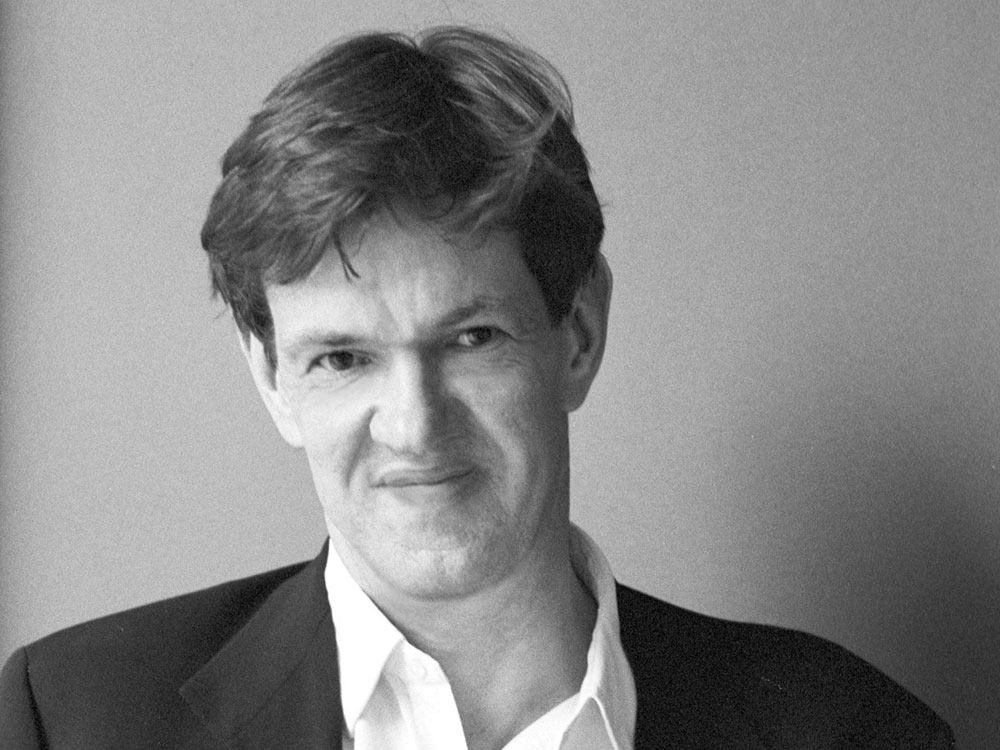 Robert McCrum is an editor at The Observer in London.

It sounds nice and democratic, but McCrum isn't arguing that British Empire was a "benign" or "culturally beneficial" influence. "Clearly, the British Empire has much to answer for," he says. "But at the level of language, the way in which it operated was very effective from the point of spreading English."

Today, English is "everyone's second language," says McCrum. "It is completely global. It is the default position -- if one foreigner meets another foreigner and they can't communicate, they are very likely to default to English. And so we might as well know where it came from."

In the Beginning: Four Invasions And A Cultural Revolution

Excerpted from 'Globish: How the English Language Became the World's Language'

I felt an unconscious thrill, as if something had stirred me, half-wakened from sleep. There was something very remote and strange and beautiful behind those words, if I could grasp it, far beyond Ancient English.
— J. R. R. Tolkien

Our story begins with a human sacrifice. Stranger than this, it starts in a Danish swamp. Perhaps strangest of all, we owe this information about the violent origins of the English-speaking world to the Roman historian Tacitus, the author of Germania, 'On the Origin and Character of Germany'. The German tribes, wrote Tacitus, love freedom, their women are chaste, and there is no public extravagance; the Tencteri excel in horsemanship; the Suebi 'tie their hair in a knot', and so on. But no picture is perfect. There are, Tacitus continues, seven tribes about whom there is 'nothing noteworthy' to say, except that they worship Nerthus, the goddess Mother Earth, 'a ceremony performed by slaves who are immediately afterwards drowned in the lake'. One of these seven barbarous tribes was 'the Anglii', better known to history as the Angles.

Tacitus turns out to have been a good witness. Peat has a curious property, and the savage rituals of the Anglii have not been entirely forgotten. In 1950, two Danish peat-cutters, working in the neighbourhood of Tollund, unearthed the body of a man. But when the police came, their response was to summon the local archivist, not the coroner, and the investigation quickly took on a historical dimension. These Moorleichen (swamp corpses), unmistakably sacrificial victims, still on display in Danish museums, are astonishingly well preserved. One man has been strangled. Another's throat has been cut: you can see the stubble on his chin. Amid those far-off horrors, speech was dumb in the presence of a cruel death, but if, by some rough magic, you could restore their speech, you would hear a language that distantly echoes our own. These leathery corpses are the remote ancestors of the -English-speaking peoples, and the discovery of their remains is a reminder that, to this day, traces of the English language can sometimes be found in the most surprising places. The other lesson of this snippet from a Dark Age police blotter is that English was originally a foreign tongue. Albion, the ancient word for these islands off the north-west coast of Europe, comes from British roots, Celtic (albio) and Gaelic (alba), with connotations of 'whiteness' that may invoke Britain's white cliffs. Albion was a place of chalky giants, primitive sorcery, sun worship and sea monsters. Albion is where England and its story begin.

The making of a recognizable Englishness, the painful transition to Anglo-Saxon 'Englaland', is a history of four invasions and a cultural revolution. English, of course, is not unique. French, German and Russian all have obscure and violent origins. But English was slightly different, by virtue of its location. English was a mirror to its island state, an idiosyncratic mixture of splendid isolation and humiliating foreign occupation. On the positive side, the first invasion, by the Romans, connected the island to a European Latin tradition that would linger for more than a thousand years. The second, by the Anglo-Saxons, established an independent vernacular culture. The third invasion, by the Vikings, would inspire a strong sense of national identity. Each contributed to the mongrel character of English culture, a quality that plays well in a multicultural world. Meanwhile, the arrival of Christianity sponsored a cultural transformation whose influence persists to the present day. Finally, all of these upheavals would be trumped by the Norman Conquest, the mother of all invasions. Daniel Defoe, the author of Robinson Crusoe, summarizing the first millennium, described 'your Roman-Saxon-Danish-Norman English'. From 55 BC to AD 1066 the traditions of the place evolve, but there was never any doubt of the country's identity: it was an island (properly, an archipelago) whose inhabitants were never further than a hard day's ride from the sea.

The tides and climate of the sea shaped the making of English in countless ways. At the outset, the sea was not just the most effective natural defence known to man and a great natural highway, it also made the tribes it protected separate, proud, watchful and self-conscious. Islanders are not like other people; they have different psychic and physical horizons. It is no accident that the English were the first in Europe to produce a vernacular account of their exploits, the Anglo-Saxon Chronicle. But insularity does not automatically sponsor an appetite for trade. Plenty of island cultures, Japan for example, have cultivated isolation. However, in this story, trade and culture became intimately related. The sea did more than just define the English, it inspired them to become sailors, merchants, explorers and empire-builders. Language and culture reflected this experience and gave English its highly interactive character. The sea linked Liverpool to Dublin and Charleston, Whitby to London and New South Wales, and Bristol to Jamaica, Philadelphia and Calcutta. In the making of an English consciousness, it is impossible to overestimate the importance of the sea. There is, as the historian David Miles has put it, another way of looking at this: ‘The outside world does not bounce off the white cliffs of Dover; rather it washes around them and into the inlets of the Thames, Ouse, Humber and Trent, the Tyne, Forth, Clyde, Dee, Mersey, Severn and Shannon.' All the climactic moments of British history -- the Armada of 1588, the battle of Trafalgar in 1805, the battle of Britain, 1940 -- owe their significance to one thing: the defence of the realm conducted around the approaches to the English Channel, southern, western or aerial. The first of these historical milestones occurred in the late summer of 55 BC when Rome's all-conquering general, Julius Caesar, launched a seaborne landing on the south coast.

Reprinted from Globish: How the English Language Become the World's Language by Robert McCrum Copyright 2010 by Robert McCrum. Used with permission of the publisher, W.W. Norton & Company, Inc. 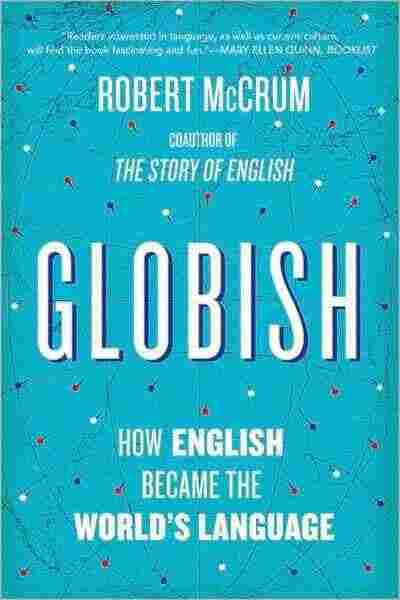 How the English Language Became the World's Language