Accessibility links
Eurovision 2010: The Continent's A Stage The annual Europe-wide singing competition, which pits country against country and artist against artist, takes place this weekend. People across the continent take it very seriously. William Lee Adams, editor-in-chief of wiwibloggs.com, recently spoke to David Greene about the contest. 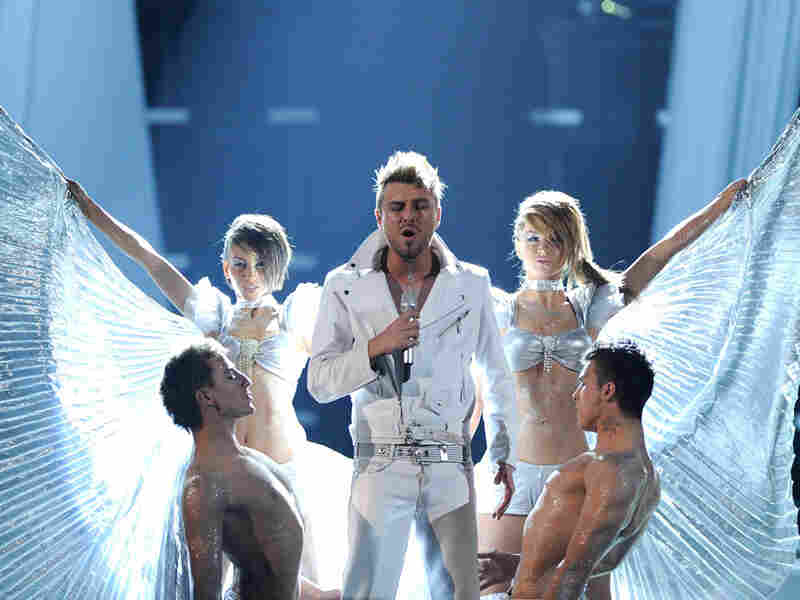 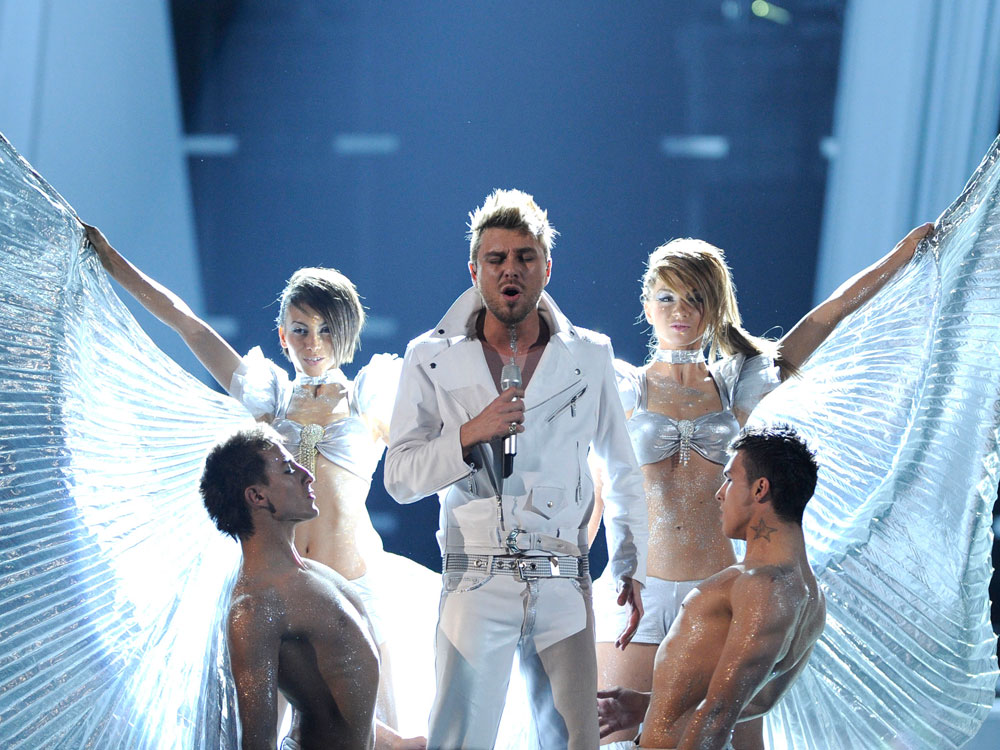 Miro, Bulgaria's contestant, rehearses for the semifinals of this year's Eurovision Song Contest.

Watch the video for Eva Rivas' "Apricot Stone" on YouTube.

It's Eurovision time again. The annual Europe-wide singing competition, which pits country against country and artist against artist, takes place this weekend. People across the continent take it very seriously. William Lee Adams, editor-in-chief of wiwibloggs.com, recently spoke to Morning Edition guest host David Greene about the contest, which has gone on every year since 1956.

"Each country has a national selection process," Adams says. "And then that candidate goes to the Eurovision competition and competes against contestants from the rest of Europe."

This year, Congolese immigrant Jessy Matador is competing for France. Unlike most of the other contestants, he sings "Allez, Ola, Ole" in the language of his country. Though there's no rule about which language to use, most contestants use English. Adams says "they think it gives them more of a chance to get votes from people who speak English, which is most of the continent."

The contestants from both Azerbaijan and Armenia sing in English, but that's where the similarities end. Azerbaijan's contestant is a 17-year-old girl named Safura. Her song "Drip Drop" is about realizing she can't love her boyfriend after she's smelled another woman's lipstick on him. Armenia's Eva Rivas sings "Apricot Stone," a song that uses Armenia's national fruit to represent love of homeland.

When Eurovision began in the wake of WWII carnage, people thought the contest would dissolve barriers. But Adams says that hasn't been the case.

"If anything, I think it's flamed those passions," he says. "If you read blogs, you see people spewing incredibly racist and bigoted comments about singers from other countries."

"It's true that 125 million people across Europe are going to be doing the exact same thing: watching Eurovision this Saturday evening," Adams says. "Perhaps it strengthens bonds within a nation, but as far as creating peace and understanding between them, I'm pretty doubtful."