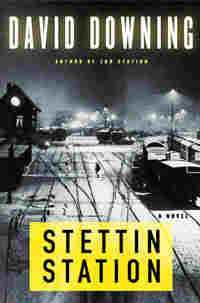 There was no doubt about it -- two years into the war, the Third Reich was beginning to smell.

The U-Bahn was unusually ripe that morning, John Russell thought, though it was only the sheer severity of the pong which gave rise to any surprise. Berliners seemed increasingly reluctant to use the hyper-abrasive standardised soap, which removed both dirt and skin, and there was no alternative to the chemical-rich standardised food, which had created a city-wide epidemic of flatulence. Some laid particular blame on the grey, clayey bread, others on the miracle ingredient which turned the ersatz butter yellow. But whatever the cause, the U-Bahn was the place to experience the consequences, and several of his fellow passengers were travelling with their noses buried deep in scarves and handkerchiefs. At the far end of the violently rocking car -- adequate suspension was a casualty of the rubber shortage -- two middle-aged men in leather coats were looming over an attractive woman and her young child. They were all smiles, but her rapidly changing facial expressions bore all the unease of a potential victim, and her relief at reaching her stop was obvious to all but her unwitting tormentors.

The Gestapo seemed to be all over the capital these days, their numbers rising steadily since the onset of the Russian campaign and the economic downturn which had soon accompanied it. Over the last month, since the announcement of victory in early October and the subsequent collapse in morale when that had proved a mirage, the swelling numbers of leather-coated myrmidons had been ever more noticeable, and the fact that these two were pestering women on the U-Bahn offered clear proof that the bastards' numbers had outstripped the availability of their beloved black Mercedes.

The impression of political screws tightening was the main reason why Russell had finally decided it was time to get out. There was, however, no point in applying for an exit permit -- with his history, the Germans wouldn't let him go until the United States formally entered the war, and maybe not even then. Even if they did prove unexpectedly willing to abide by international conventions in his particular case, Russell foresaw months of internment, trapped in a camp somewhere, waiting and wondering whether any of the freshly arrested were coughing up his name along with the blood and the broken teeth. It was not a pleasant prospect. Nor were there any circumstances in which the Nazis would let his girlfriend Effi go. She might not be Marlene Dietrich, but her name and face were recognisable to a lot of Germans, and Joey Goebbels would never allow such a public defection. And if the authorities did, for reasons best known to themselves, let Russell go, they could always use her as a hostage for his good behaviour. All the stories he had not been allowed to file, the stories he hoped to tell once he escaped the cage, would have to remain untold. His exit -- their exit -- would have to be an illegal one.

The Americans wouldn't offer any real help, despite his years of admittedly half-hearted time in their employ. Russell's main contact at the Consulate had said that they would try to get him out, but that there was nothing they could do for Effi; the two of them were not married, and even if they were, well, surely Russell could see the problem. He could. These last few weeks, with the undeclared war escalating in the Atlantic, the German security agencies were no longer respecting the diplomatic rules, and had even invaded the Consulate on one occasion. If he and Effi sought sanctuary there, it seemed more than likely that Heydrich's goons would simply stride in and drag them back out.

Only the comrades remained, and the emergency telephone number he'd been given more than two years ago. This belonged to a photographic studio in Neukolln which he had used for work in his freelance days, and the burly Silesian named Miroslav Zembski who owned and ran it. Russell had used the number once in September 1939, and had thereafter deemed it prudent to avoid all contact with Zembski and his studio. Until the previous Friday, that is, when he'd called the number from a public telephone on the Ku'damm.

Someone had answered, at least in the sense of picking up the phone. A slight intake of breath was all Russell heard at the other end, and he had probably imagined the whiff of malevolence seeping down the wire. He had put the phone back after a few seconds, and concluded that a personal visit to the studio would be unwise. But three more days of ominous news from Washington -- Japan and the US really did seem to be sliding into war -- had reignited his sense of urgency, and put him on this train to Neukolln. He knew he was being reckless: if Zembski wasn't there, then at best he had disappeared, at worst he was under arrest, and Russell would gain nothing from finding out which it was. Yet here he was, needing to know. Like a moth to a very real flame.

He told himself that Zembski would probably be there, that his own telephone call could have been picked up by a child or an idiot while the fat Silesian was busy taking pictures, that he was, in any case, an innocent customer with a film in his pocket to prove it, a highly appropriate set of shots of his son Paul at a Jungvolk passing-out parade. The risk was negligible, he told himself, the potential prize enormous.

He emerged from the U-Bahn entrance on the western side of Berlinerstrasse, and walked under the S-Bahn bridge in the direction of the studio. The last time he had visited it, the street had been full of traffic, the air full of savoury smells, the buildings awash with neon and full of things to sell. Now it reminded him of a German colleague's words, that these days the capital had all the colour of a corpse. The lights were out, the odours dubious, the shop windows at least half empty. The sky seemed to be clearing, a state of affairs which Russell and his fellow-Berliners had once anticipated with some relief, assuming -- fools that they were -- that such conditions would make it easier for the RAF to see and hit their industrial and transport targets. But no, the British pilots seemed incapable of hitting anything relevant to the war effort. Their bombing campaign was like an Italian lottery in reverse -- your chances of losing were extremely remote, but no more remote than anyone else's. Some dear old grandmother in her suburban apartment was as likely to catch it as IG Farben -- in fact probably more so, because the pilots were presumably targeting the chemical giant. Russell stopped outside the restaurant which sat across the road from Zembski's. The photographer's name was still above the door, but the drawn blackout curtains precluded any view of the interior. Was there anyone in? There was only one way to find out.

Crossing the empty road, Russell pushed open the door with what he hoped was the brashness of innocence. There was nobody behind Zembski's counter, on which lay a tripod, still attached to a clearly broken camera. A middle-aged man in a dark grey suit was sitting on one of the chairs which the photographer had used for family portraits, his leather coat draped across another, his hands cradled in his lap. His younger partner was sitting almost behind the door, arms folded across the front of his coat. A gun lay on the cabinet beside him.

'How can I help you?' the older man asked with a heavy Bavarian accent. He was about forty, with sharpish features that ill-suited his general bulk, rather in the manner of an over-inflated Goebbels.

'Is the studio closed?' Russell asked. 'Where is Herr Zembski?' he added, realising a few seconds later that acknowledging an acquaintance with the studio's owner might prove unwise.

'He is no longer here,' said the younger man. He was a Berliner, dark and thin, with the sort of face that would always need shaving.

'He has gone out of business,' the first man said. 'Please sit down,' he told Russell, indicating a chair and taking a notebook and pencil from the inside pocket of his jacket. 'We have some questions.' 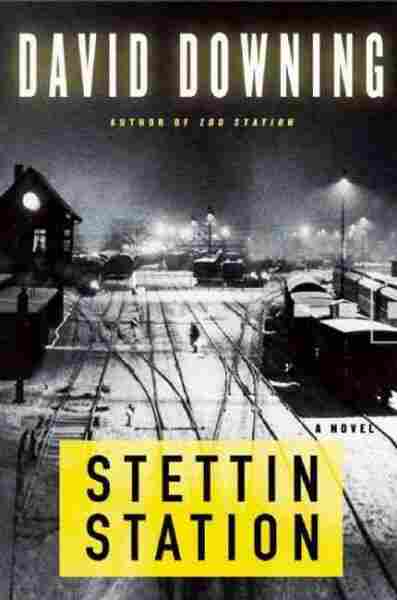