Accessibility links
Laura Poitras, Puzzling Over A Jihadi's Journey The filmmaker's documentary The Oath tells the story of two men who both worked for Osama bin Laden and then wound up in incredibly different spots: One drives a taxicab in Yemen, while the other sits in solitary confinement at Guantanamo. Poitras how she gained access to the story -- and why questions still remain about the film's protagonist. 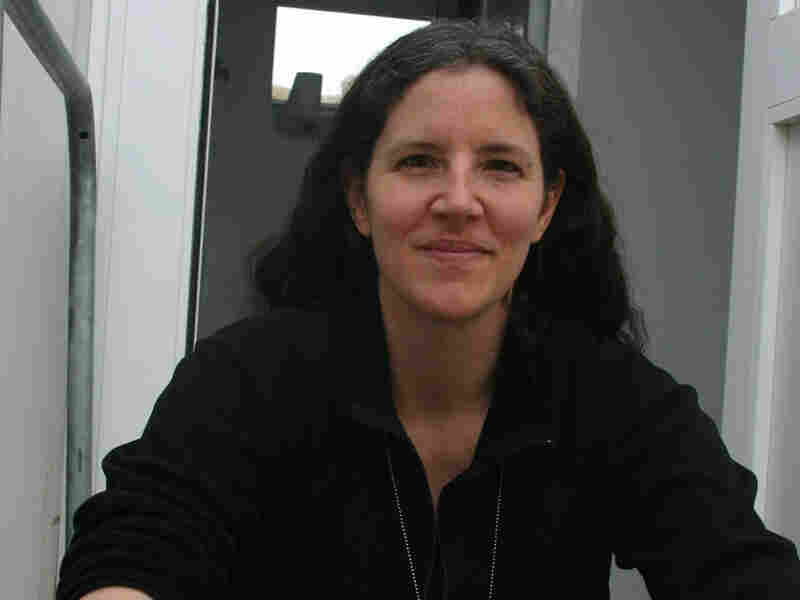 Laura Poitras was nominated for an Academy Award for her documentary My Country, My Country, an intimate portrait of Iraqis living under U.S. occupation. Zeigeist Films hide caption 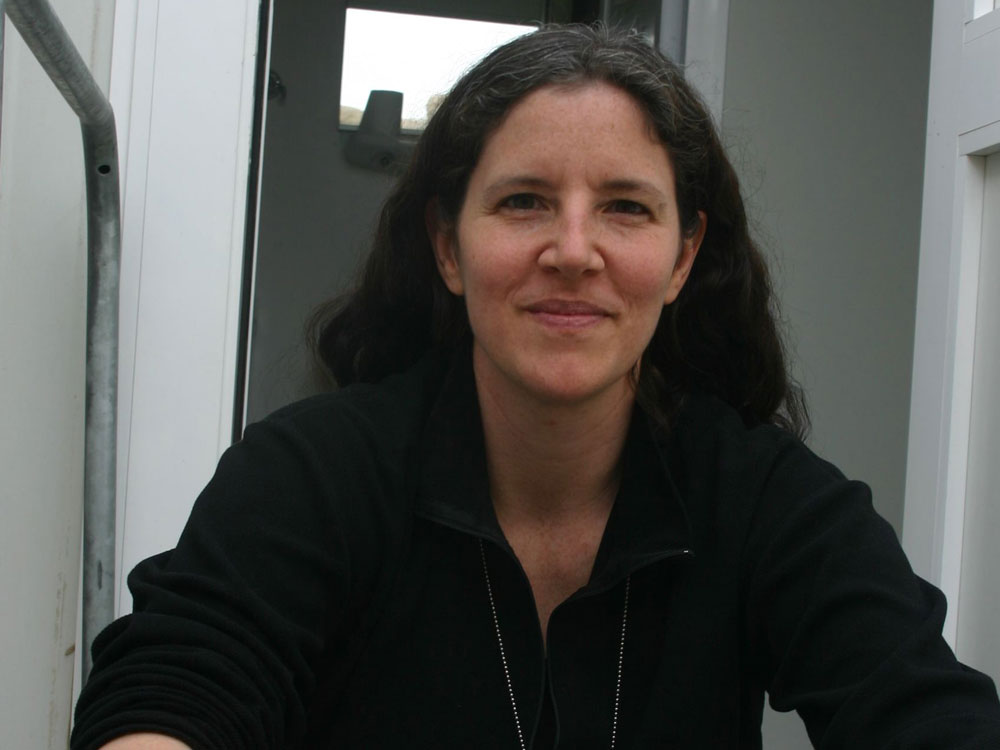 Laura Poitras was nominated for an Academy Award for her documentary My Country, My Country, an intimate portrait of Iraqis living under U.S. occupation.

Laura Poitras' documentary The Oath tells the story of two men, Abu Jandal and Salim Hamdan, who both worked for Osama bin Laden at one time in their lives.

At bin Laden's urging, Jandal and Hamdan married two sisters, and became brothers-in-law. They worked together in the late 1990s for al-Qaida leader, who was recruiting and training young men for terrorist missions. Jandal was his personal bodyguard and ran guest houses for new recruits; he later recruited Hamdan, who joined al-Qaida to become bin Laden's driver.

And then, Hamdan and Jandal's lives diverged.

Hamdan was captured in Afghanistan in 2001 and held in Guantanamo Bay, where he became the first person tried under a military tribunal. He later became a defendant in Hamdan vs. Rumsfeld, a landmark case in which the Supreme Court eventually ruled that the use of military commissions for trying Guantanamo detainees violated the Geneva Convention.

"He actually feels very guilty that he recruited Hamdan who was then imprisoned," says Poitras. 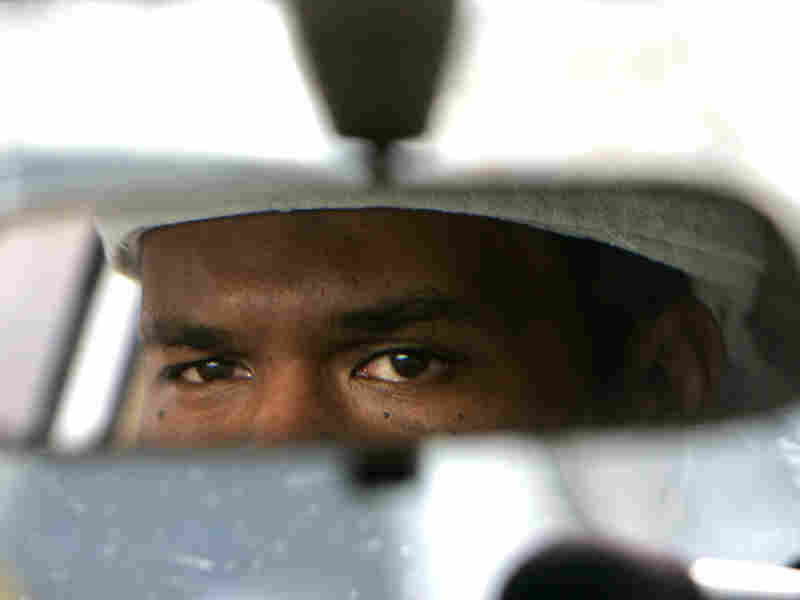 Abu Jandal was Osama bin Laden's bodyguard before he became a cab driver in Yemen. Laura Poitras' documentary The Oath is a psychological portrait of Jandal -- and at one remove, of his brother-in-law Salim Hamdan. Zeitgeist Films hide caption 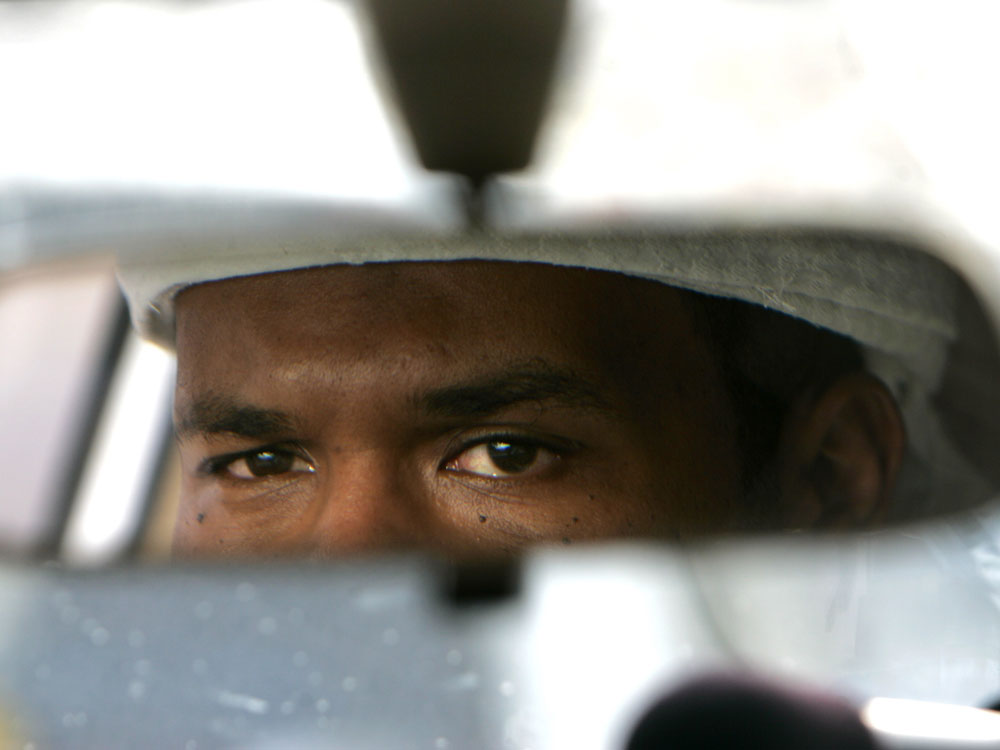 Abu Jandal was Osama bin Laden's bodyguard before he became a cab driver in Yemen. Laura Poitras' documentary The Oath is a psychological portrait of Jandal -- and at one remove, of his brother-in-law Salim Hamdan.

For two years, the filmmaker followed Jandal in Yemen while keeping track of Hamdan's trial in Guantanamo Bay. Poitras says Jandal, who freely spoke about his belief in bin Laden's version of jihad, was a charismatic, persuasive man -- and a somewhat enigmatic one.

"What we tried to do in the film was take you into the psychological mystery of what does this guy believe, where does he come from, and how is he surviving now?" she says. "We wanted the audience to be drawn into his charisma, because this is a guy who ran a guest house [for bin Laden]. And young men seek him out for teaching. ... He has this sort of a power, and he actually talks about it -- the art of influencing people.

"So we want to draw you in, but also, he's a very untrustworthy protagonist. We show that he's also a very good liar and that he's media savvy. And so, there's a bit of a push-pull between drawing you in and giving you clues [to not] always trust what you're hearing. And also make you question what you're listening to."

Poitras' previous film, My Country, My Country, about occupied Iraq, was nominated for an Oscar. She received a Peabody Award for Flag Wars, a documentary about gentrification. Before making documentaries, she worked as a professional chef.

"I think the pressures of a kitchen are a good training ground for the documentaries I do now," she says. "When I have stress dreams, they're often about cooking. It's 6:00 and I'm not set up. And they're not about being in Baghdad. So I think it was a useful way to manage stress."