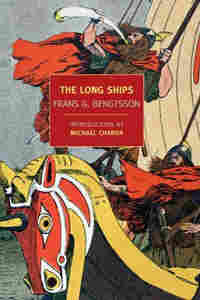 Chapter One
Concerning Thane Toste And His Household

Along the coast the people lived together in villages, partly to be sure of food, that they might not depend entirely on the luck of their own catch, and partly for greater security; for ships rounding the Skanian peninsula often sent marauding parties ashore, both in the spring, to replenish cheaply their stock of fresh meat for the westward voyage, and in the winter, if they were returning empty-handed from unsuccessful wars. Horns would be blown during the night when raiders were thought to have landed, so that the neighbors might come to the assistance of those attacked; and the stay-at-homes of a good village would occasionally even capture a shop or two for themselves, from strangers who had not been sufficiently prudent, and so have fine prizes to show the wanderers of the village when the long shops came home for their winter rest.

But men who were wealthy and proud, and who owned their own ships, often found it irksome to have neighbors on their doorstep and preferred to live apart; for, even when they were at sea, they could keep their homes defended by good warriors whom they paid to stay in their houses and guard them. In the region of the Mound, there were many such great lords, and the rich thanes of that district had the reputation of being the proudest in all the Danish kingdom. When they were at home, they readily picked quarrels with one another, though their homesteads lay well spaced apart; but often they were abroad, for they had been used from their childhood to look out over the sea and to regard it as their own private pasture, where any whom they found trespassing would have to answer for it.

In these parts there lived a thane called Toste, a worthy man and a great sailor who, though he was advanced in years, still commanded his ship and set out each summer for foreign shores. He had kinsmen in Limerick in Ireland, among the Vikings who had settled there, and he sailed west each year to trade with them and to help their chieftain, a descendant of Ragnar of the Hairy Breeks, to collect tribute from the Irish and from their monasteries and churches. Of late, however, things had begun to go less well for the Vikings in Ireland, ever since Muirkjartach of the Leathern Coats, the King of Connaught, had marched round the island with his shield-arm toward the sea as a sign of defiance. For the natives now defended themselves better than before and followed their kings more willingly, so that it had become a difficult business to extort tribute from them; and even the monasteries and churches, that had previously been easy to plunder, had now build high stone towers to which the priests betook themselves and from which they could not be driven by fire or by force of arms. In view of all this, many of Toste's followers were now of the opinion that it might be more profitable to go a-viking in England or France, where times were good and more might be won with less effort; but Toste preferred to do as he had been used to do, thinking himself too old to start journeying to countries where he might not feel so well at home.

His wife was called Asa. She came from the border forest and had a ready tongue, besides being somewhat smart of temper, so that Toste was sometimes heard to remark that he could not see much evidence of time having smoothed out the wrinkles in her nature, as it was said to do. But she was a skillful housewife and took good care of the farm when Toste was away. She had borne him five sons and three daughters; but their sons had not met with the best of luck. The eldest of them had come to grief at a wedding, when, merry with ale, he had attempted to prove that he could ride bareback on a bull; and the next one had been washed overboard on his first voyage. But the unluckiest of all had been their fourth son, who was called Are; for one summer, when he was nineteen years old, he had got two of their neighbors' wives with child while their husbands were abroad, which had been the instance of much trouble and sly gibing, and had put Toste to considerable expense when the husbands returned home. This dejected Are's spirits and made him shy; then he killed a man who had chaffed him overlong for his dexterity, and had to flee the country. It was rumored that he had sold himself to Swedish merchants and had sailed with them to the east, so he might meet no more people who knew of his misfortune, but nothing had been heard of him since. Asa, however, had dreamed of a black horse with blood on its shoulders and knew by this that he was dead.

So after that, Asa and Toste had only two sons left. The elder of these was called Odd. He was a short youth, coarsely built and bowlegged, but strong and horny-handed, and of a reflective temper; he was soon accompanying Toste on his voyages, and showed himself to be a skillful shopman, as well as a hard fighter. At home, though, he was often contrary in his behavior, for he found the long winters tedious, and Asa and he bickered continually. He was sometimes heard to say that he would rather be eating rancid salt meat on board shop than Yuletide joints at home; but Asa remarked that he never seemed to take less than anyone else of the food she set before him. He dozed so much every day that he would often complain that he had slept poorly during the night; it did not even seem to help, he would say, when he took one of the servant-girls into the bed-straw with him. Asa did no like his sleeping with her servants; she said it might give them too high an opinion of themselves and make them impudent toward their mistress; she observed that it would be more satisfactory if Odd acquired a wife. But Odd replied that there was no hurry about that; in any case, the women that suited his taste best were the ones in Ireland, and he could not very well bring any of them home with him, for if he did, Asa and they would soon be going for one another tooth and nail. At this, Asa became angry and asked whether this could be her own son who addressed her thus, and expressed the wish that she might shortly die; to which Odd retorted that she might live or die as she chose, but would endure with resignation whatever might befall.

Although he was slow of speech, Asa did not always succeed in having the last word, and she used to say that it was in truth a hard thing for her to have lost three good sons and to have been left with the one whom she could most easily have spared. 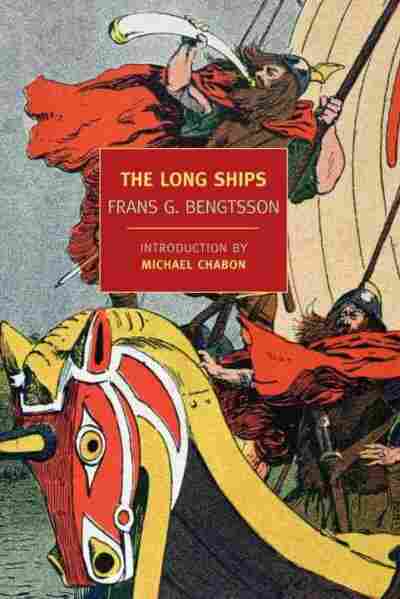