Accessibility links
From Elvis To Lady Gaga: Playing With Shock Value In Music For decades, musicians have used shock value to provoke their audiences. Elvis swung his hips, Madonna sang about her nonexistent virginity and Marilyn Manson named himself after a convicted killer. Now, there's a new crop of rabble-rousers on the scene. Lady Gaga, M.I.A. and Erykah Badu are among the artists continuing the tradition of shock value in music today. 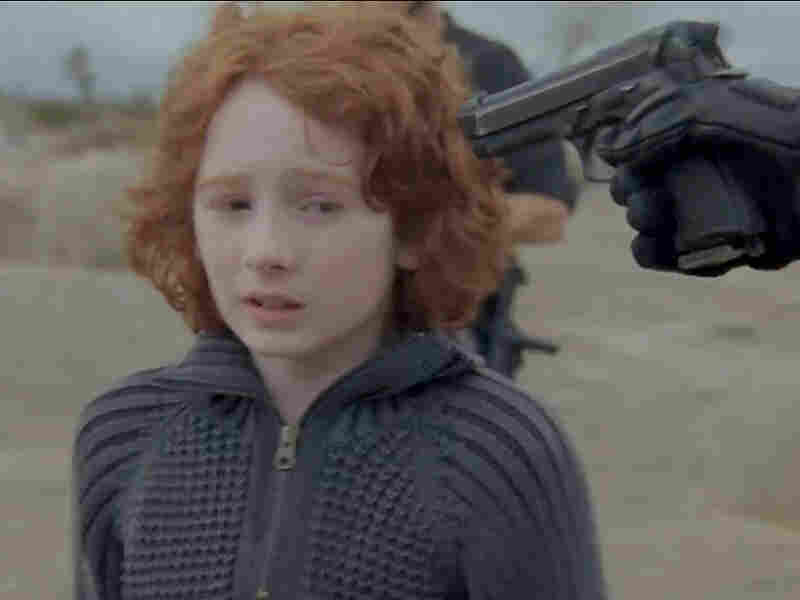 A still from the video for M.I.A.'s video for "Born Free," in which soldiers round up red-headed young men and kill them. courtesy of the artist hide caption 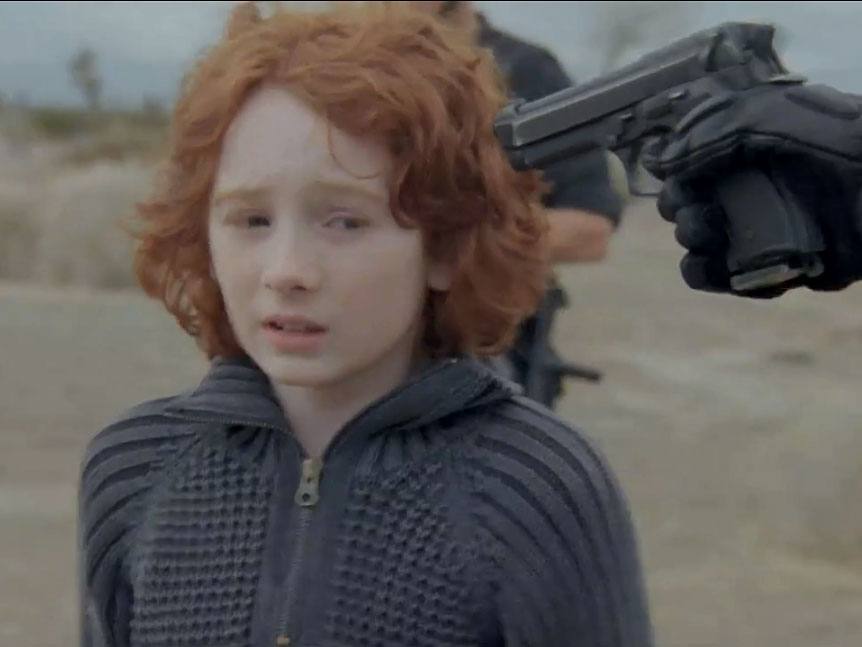 A still from the video for M.I.A.'s video for "Born Free," in which soldiers round up red-headed young men and kill them.

Musicians have long used shock value to pump up interest in their music. Elvis Presley swung his hips, Ozzy Osbourne bit the head off a bat, Madonna sang about her nonexistent virginity and Marilyn Manson named himself after a convicted killer. But how much has shock value changed since the days when Osbourne supposedly bit the bat? And what would have happened if the Internet had been around?

The story is something of an urban legend, and that's part of its power, says Tavia Nyong'o, a professor of performance studies at New York University. No one had cameras in their phones back then, so the shock came from repeating the story. "Did you hear? Ozzy Osbourne bit the head off a bat!"

Advisory: These videos contain explicit language and subject matter not suitable for all ages.

"Telephone" by Lady Gaga on Vimeo

Shock On The Internet

Pop musicians have always played with shock value, and Internet videos give them a new way to deploy it. Three controversial videos -- "Telephone" by Lady Gaga, "Born Free" by M.I.A. and Erykah Badu's "Window Seat" -- were recently banned or censored by MTV and YouTube, but they're still easily accessible online. Cultural critic Ronda Penrice says she sees a difference between the way musicians used shock value in the '80s and how they use it today.

"I think it's increasingly harder to shock people, but what is relevant with these three works is that they're by women," Penrice says. "And I don't think in the time of Ozzy Osbourne, women could make as strong a statement as these three women are making now."

It used to be much harder to find the kinky images that used to be a shortcut to shock. Now, you just have to Google it. It's also easier to access cutting-edge avant-garde work -- for example, the video by Matt & Kim that inspired Badu's vision for "Window Seat."

The video begins innocently enough, with Badu strolling through Dallas. As it progresses, she begins removing her clothes, and by the time she's fully naked, she appears to get shot right where John F. Kennedy was assassinated.

Badu was later charged with disorderly conduct by Dallas police and fined $500 for her public display. Nyong'o says the shock of the singer's nudity was amplified by her location in Dealey Plaza, a sort of hallowed ground and a site of profound shock in American political history, and that's what made it inspired.

"Shock itself is part of our daily life -- the risk of a shock, terrorist attack or natural disaster," he says.

The Reality Behind Shock

Our fear and anticipation of those kinds of shocks may sit closer to the surface than in Ozzy Osbourne's heyday. Terrorism is a theme in M.I.A.'s video for "Born Free."

In her video, soldiers violently round up insurgents -- all redheaded young men -- and kill them. Nyong'o says that, as a political allegory, it sounds more fantastical than shocking.

"I mean, it's hard to laugh at it, but when one describes the U.S. Army going in and grabbing everyone redheaded and [putting them] in internment caps, you can see the absurdity, if not the humor, in that," he says.

Nyong'o says M.I.A. and her director, Romaine Gravas, are part of a long tradition of artists who use shock in the service of nudging people into considering real issues that can be hard to talk about. Not all shock has deeper motivations, though. Some people shock just for the fun of pushing buttons, though that can have political consequence, too, says Vaginal Davis, a well-respected performance artist who admits to dabbling in shock.

It may not surprise you to learn that his work plays on race, queerness and gender. While that's well-trod turf in the shockosphere, Davis says real shock demands surprise, which in turn demands a kind of subtlety.

"If you're trying hard to shock people, it just comes off as lame and tired," he says.