Accessibility links
8 Million Portraits In The Naked City They say there are 8 million stories in New York City, and artist Jason Polan wants to sketch all of them. He's trying to draw every single person in the city -- even if it takes him the rest of his life. 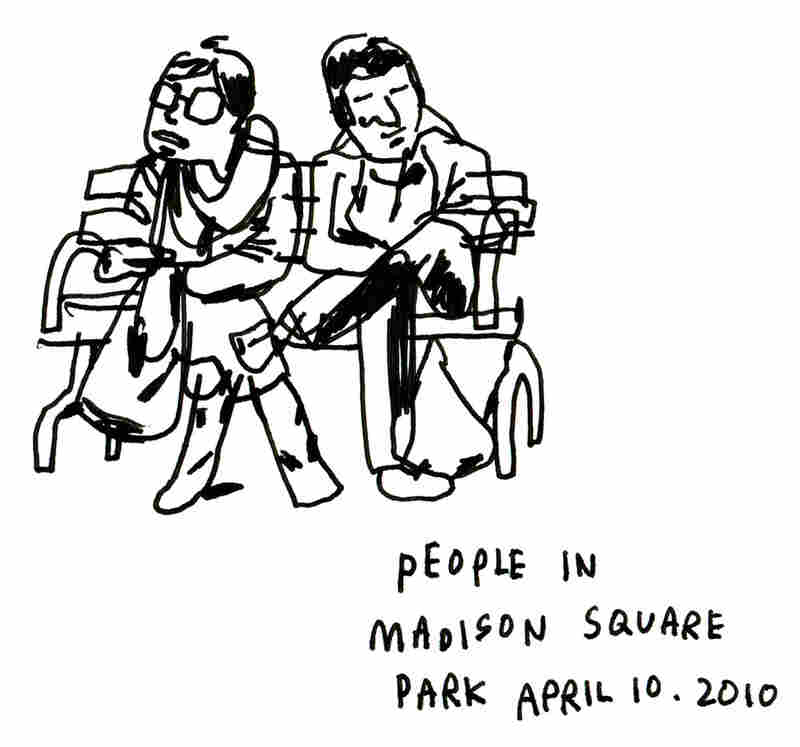 They say there are 8 million stories in New York City, and Jason Polan wants to draw them all. On park benches, in movie theaters, in Taco Bell, on the No. 6 train and at the pet store, you can find Polan and his sketchbook.

Polan makes his living as an artist, illustrating stories in Esquire and The New York Times. In his spare time, he's trying to sketch the portrait of every single person in New York.

He stays well away from his subjects, in fact, most of them never realize they're being immortalized on paper. "The drawings end up just being better if it's more natural," he says, "like if someone's leaning a particular way, and they don't notice that I'm drawing them." Polan posts the drawings every night on his blog. Often, that's the only way people ever find out he's been sketching them.

Now, if you've found Polan's blog, and you want to have your portrait done (by the way, that's me at the bottom of the page), you can e-mail Polan for an appointment. It takes about two minutes. Polan asks only that you spend those two minutes standing somewhere conspicuous and don't expect to see him lurking in the crowd. 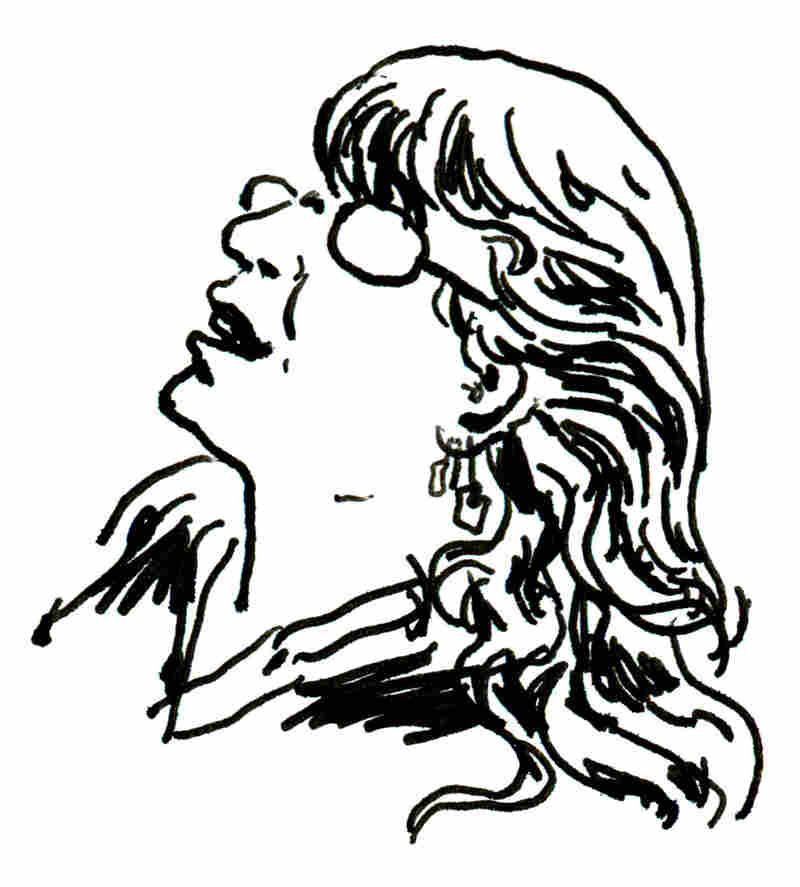 Yup, this is me, looking up at one of the rooftop sculptures that surround Madison Square Park. Jason Polan hide caption

This is not the first enormous project Polan has taken on. He started off drawing every single item in the Museum of Modern Art, and then moved on to a slightly more manageable challenge: a bag of popcorn. "I drew every piece of popcorn," he says, "every little kernel in a bag of popcorn."

Now, if you're drawing every kernel in a bag of popcorn, it's relatively easy to make sure you're not drawing the same salty fragment twice. Not so easy if your canvas is an entire city.

"I find that I have been drawing the same people over and over again," Polan says. "I assume there are people I've drawn several times, but I think that's OK."

Two years into the project, Polan has about 10,000 drawings. "I think I'll be working on it for the rest of my life, and I don't know if I'm going to finish," he says, "but I'm kind of willing to work on it forever."