Accessibility links
Geoengineering: 'A Bad Idea Whose Time Has Come' Driving a Prius and putting up solar panels aren't the only options for cooling the earth's climate. More radical ideas include brightening clouds, creating giant algae blooms in the ocean and launching spacecraft to deploy giant sunshades. It might sound a bit far-fetched, but scientists are considering ideas like these — known as geoengineering — to alter the climate. 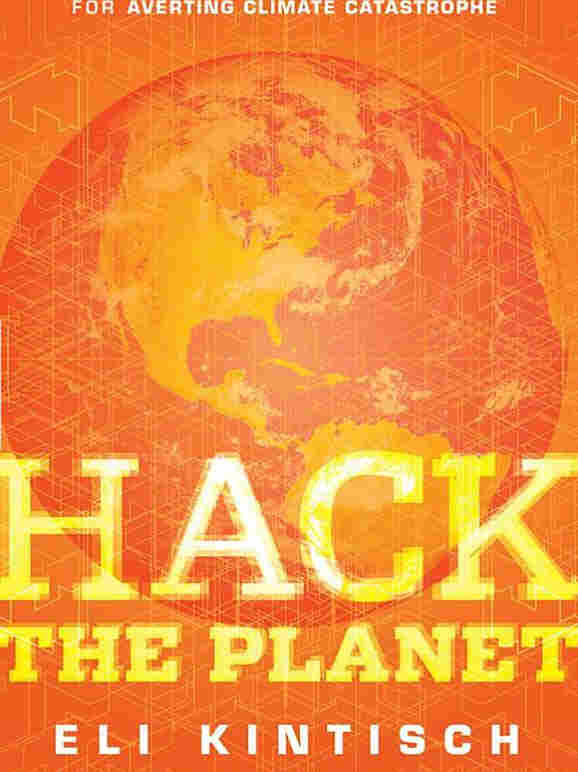 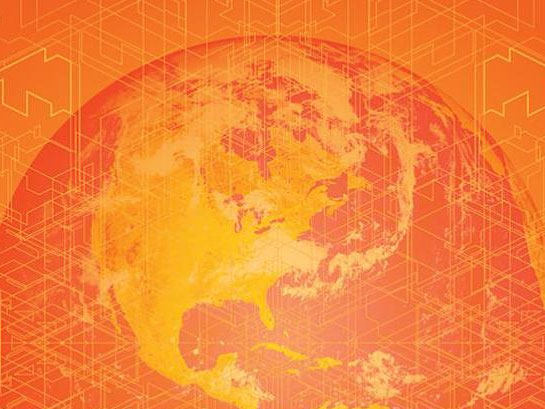 Some scientists are taking a more radical approach to cooling the earth's climate, like dumping iron dust into the ocean, hoping to grow algae blooms that suck up carbon. Or putting a giant lens between the Earth and the sun to reflect some of the sun's rays away from Earth.

It's all part of a controversial field known as geoengineering, and science writer Eli Kintisch spent three years following the men and women who believe it can work for his new book, Hack the Planet: Science's Best Hope -- or Worst Nightmare -- for Averting Climate Catastrophe.

Kintisch tells NPR's Guy Raz that many scientists see geoengineering as a sort of insurance policy. "We might face emergencies in the future which driving a Prius or putting up a windmill or putting up a solar panel will not answer," he says.

So, those scientists argue, we have to have backup plans.

One of those backup plans is known as the "Pinatubo Option." The name refers to a 1991 volcanic eruption that spewed more than 10 million tons of sulfur dioxide into the atmosphere. That blocked a small percentage of the sun's rays and cooled the planet by 1 degree Fahrenheit. One scientist imagines mimicking this volcanic cooling effect by spraying more sulfur dioxide at high altitudes.

"But cooling the planet with something like the Pinatubo Option doesn't address the underlying issues," Kintisch says. It also could have serious side effects.

"You might actually damage the ability of solar panels to take in energy, because you are blocking direct sunlight that those panels need to create energy," Kintisch warns. "So by doing geoengineering and removing direct sunlight from the planet's system, you're actually undermining the alternative energy we need to get off our fossil fuel addiction."

Another scientist is taking a different approach to geoengineering. Instead of looking to the sky for solutions, he's looking to the ocean. Victor Smetacek, a German oceanographer, is trying to cool the planet by growing carbon-absorbing gardens in parts of the ocean with little life.

In 2009, Smetacek and a team of Indian and German scientists added 6 tons of iron into a section of the Southern Ocean, which rings Antarctica, to see if they could get a massive bloom of algae to flourish. Algae growing in the ocean cools the planet by sucking in carbon dioxide. The team did get algae to grow, but it was the wrong kind of algae.

The 10-week experiment, called project LOHAFEX, is the world's largest geoengineering project to date, and, like many other geoengineering attempts, was controversial. Greenpeace and other environmental organizations demanded that LOHAFEX be stopped from the start, saying that pouring iron into the ocean amounted to pollution and violated international agreements. Some scientists feared the unintended side effects of the project.

"In the case of fertilizing the ocean," Kintisch explains, "you might create areas that are deprived of oxygen. You might alter ecosystems in ways you don't understand. You might actually create organisms in your algae patch that put up greenhouse gasses more potent than the carbon dioxide, like methane."

Despite the potential drawbacks of geoengineering, major science organizations such as the American Geophysical Union, the Royal Society in London, and the National Academy of Sciences have all called for more geoengineering research.

"It's a bad idea whose time has come," Kintisch says.

David Battisti had arrived in Cambridge, Massachusetts, expecting a rout, a farce, a bloodbath. So had many of the other scientists who had joined him that frigid morning from around the country. It was an invitation - only workshop on climate science in November of 2007 for which they convened at the American Academy of Arts and Sciences, an airy temple to diligence and scholarship one block from Harvard University. Battisti shuffled out of the Massachusetts morning air and into the Academy’s expansive premises.

The workshop’s unholy topic was geoengineering: the concept of manually tinkering with Earth’s thermostat to reverse global warming. Organizers had arranged the event to find out whether respected climate scientists such as Battisti might support research into the controversial idea. In a button - down shirt opened two buttons down, Battisti poured his coffee and watched the scientists fiddle with their muffins. One couldn’t take planethacking seriously, he figured, because there’s no way we’ll ever know enough about the atmosphere to claim we can control it. Just because the radical notion had made it from the outer fringes of Earth science all the way to Cambridge didn’t mean the group was going to legitimize it, he thought.

Since the 1960s, a handful of scientists had dreamed up various schemes to intentionally alter the atmosphere on a global scale: flying enormous sunshades above Earth, creating billions of thicker clouds at sea, or spewing light - blocking sulfate pollution at high altitude to mimic the cooling effects of volcanic eruptions. Ecologists imagined brightening the planet’s dark surfaces to reflect more sunlight, by spreading white plastic across certain deserts. Marine biologists explored growing algae blooms to suck billions of tons of carbon dioxide from the sky.

Each concept took a smidgen or two of sense and added scientific optimism and a dollop of whimsy. Mostly back - of - the - envelope affairs, the papers that described them included just enough observations or calculations to suggest the ideas might work. The scientists who wrote them knew the concepts were raw and with few exceptions understood them to be options reserved for worst - case scenarios. To the broader community of climate scientists, proposing even to study deliberately altering the atmosphere was a heretical idea.

As Battisti poured himself coffee, he saw one of the heretics standing beside the buffet table. “That guy is scary,” Battisti whispered to a colleague. It was Lowell Wood, a nuclear physicist with a broad, reddish beard and a dark jacket. His wide torso was bisected by a tie featuring the periodic table of elements. From his perch at a California nuclear weapons lab, Lawrence Livermore National Laboratory, Wood had won notoriety, if not ridicule, for proposing in 1997 to control the atmosphere's thermostat by scattering chemicals in the atmosphere. He had done so in collaboration with his aging mentor Edward Teller, the father of the hydrogen bomb. Teller, whose conservative views had often put him at odds with the left - leaning scientific establishment, had advocated in the same year that geoengineering was a better way to tackle the climate crisis than the Kyoto accords.

Reprinted from Hack the Planet: Science's Best Hope -- or Worst Nightmare -- for Averting Climate Catastrophe with permission from Wiley. Copyright 2010 by Eli Kintisch. 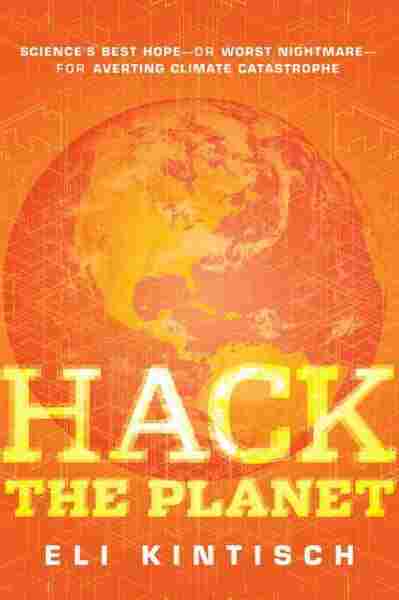