Accessibility links
Florida Fishing Town On Edge Over Gulf Oil Spill No oil has yet been found on any Florida beaches. But the huge spill in the Gulf of Mexico is taking a toll on tourism and the seafood business. Concerns are rising in Apalachicola, a fishing town on Florida's Panhandle, just as the summer vacation season begins. 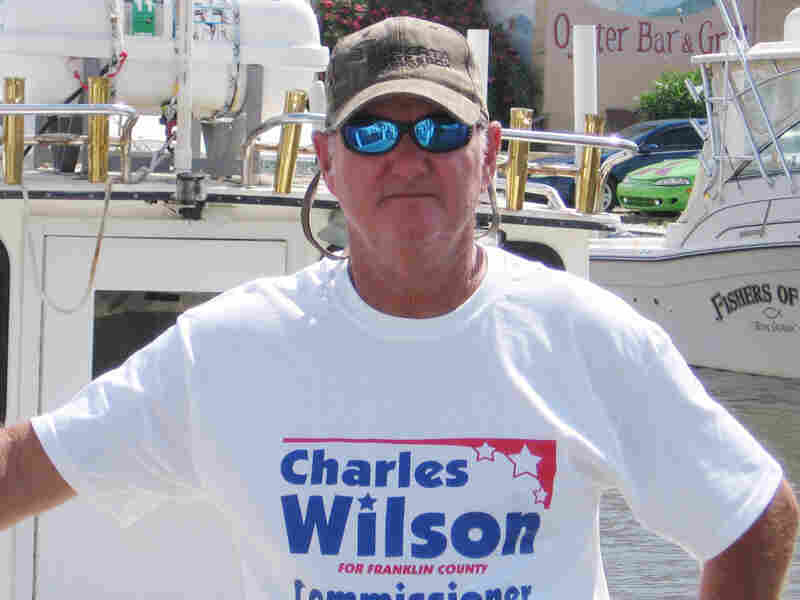 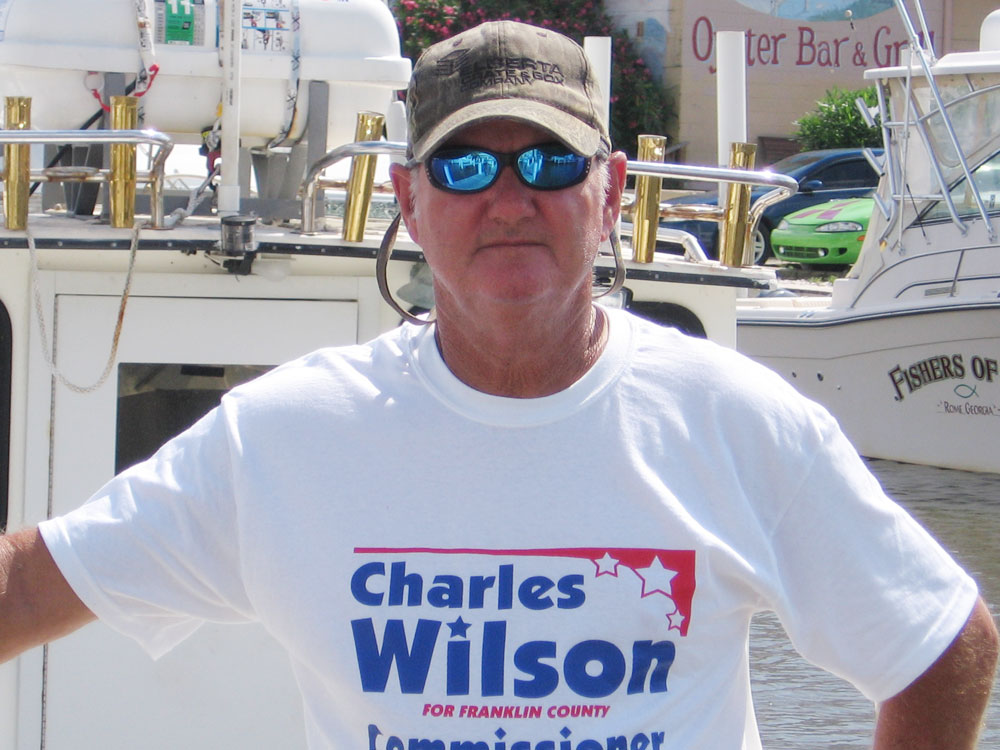 Charter captain Charles Wilson estimates the spill has already cost him $12,000 in cancellations and lost bookings.

Florida so far has escaped the direct impact of the oil spill in the Gulf of Mexico. No oil from the Deepwater Horizon has been found on any of the state's beaches. Even so, the spill is taking a toll on communities that make their living from the Gulf Coast.

In Apalachicola, a fishing town on the Florida Panhandle, nerves are raw and uncertainty hangs heavy over daily activities. Ninety percent of Florida's oysters are harvested in Apalachicola Bay, a nearly pristine estuary.

State and federal officials say they don't think the oil will hit the area. But, hedging their bets, authorities agreed to open oyster season 11 days early.

'Mother Nature Can Do Weird Things'

At a processing plant, Tony Millender talked while he unloaded 16 bushels of oysters he'd caught that morning. The oysterman wasn't in favor of the early start, but said he shared the worry of many that the oil could eventually make its way to Apalachicola Bay.

Everyone knows here that a shift in the winds -- or a hurricane -- could immediately change the picture and bring the oil slick to Apalachicola.

But in the meantime, the oystering is good. In the shucking room at David Barber's seafood facility, 20 men and women are in constant motion -- opening oysters that will be shipped to restaurants and retail markets.

I would give odds that we're going to see some form of oil here sometime in the near future.

Usually at this time of year, Barber says, he buys oysters from Louisiana for processing. Because of the spill, almost all of those oyster beds are closed. Barber says about the only Gulf oysters available now are coming out of Apalachicola Bay.

"It's boosted our sales some," Barber says. "But Apalachicola Bay is not a large area for oysters. It won't sustain a lot of harvesting going on for very long. The oyster beds just aren't big enough.”

Nearly everyone in Apalachicola makes their living from the water, either by tourism or fishing. The head of the county commission, Joe Parrish, also manages Buddy Ward & Son's Seafood, a shrimp processing facility that freezes and ships shrimp around the country.

A Call For Preventive Action

Parrish was at an emergency meeting recently where fishermen, businessmen and county officials called on BP and the state to have a boom on hand in Apalachicola so it could be deployed quickly at the first signs of oil.

Parrish says the oil company and the state said it's not possible. "Basically, there's not enough boom to go around,” he says. "We had some boom they were supposed to stage here, but as the oil come ashore in Louisiana, they saw the need for more boom out there.”

"I would give odds that we're going to see some form of oil here sometime in the near future," Rash says.

Rash says that after an exploratory oil well blew out in 1979 in Mexico's Bay of Campeche, tar balls washed up on Florida Panhandle beaches months afterward.

He joined with other businesses in the area to file a lawsuit against BP. It seeks class action status to compensate businesses for losses related to the current Gulf spill. He believes it will take months, maybe years, to calculate all the losses.

"We have customers that are telling us now they don't want to buy snappers out of the Gulf now because they're concerned they may be contaminated.”

Florida's biggest problem with the spill now is one of public perception. Especially along the Panhandle, where the summer vacation season is just beginning, the next three months are critical.

At the Scipio Creek Marina in Apalachicola, charter captain Charles Wilson estimates the spill has already cost him $12,000 in cancellations and lost bookings.

"People are afraid," Wilson says. "And if they're afraid they say, ‘Well, we don't have to go to Apalachicola. We can go elsewhere.' "

Along the Panhandle, it's a similar story with hotels, fishing guides and charter boats all taking a hit.

But despite the angst and business losses, people here know they're lucky. If their luck holds out, and the oil slick is stopped before it hits Florida's beaches and prime fishing grounds, Wilson believes Apalachicola may end up like Forrest Gump.

In the movie, after Hurricane Carmen struck the Gulf Coast destroying the fishing fleet, his was the only shrimp boat left.