Accessibility links
Vermont Farm Takes On Border Fight With U.S. The government plans to seize a farmer's land to build a $5 million border post on a quiet country road. The community is fiercely opposed, and the Department of Homeland Security is under fire for planning expensive projects that some say isn't needed. 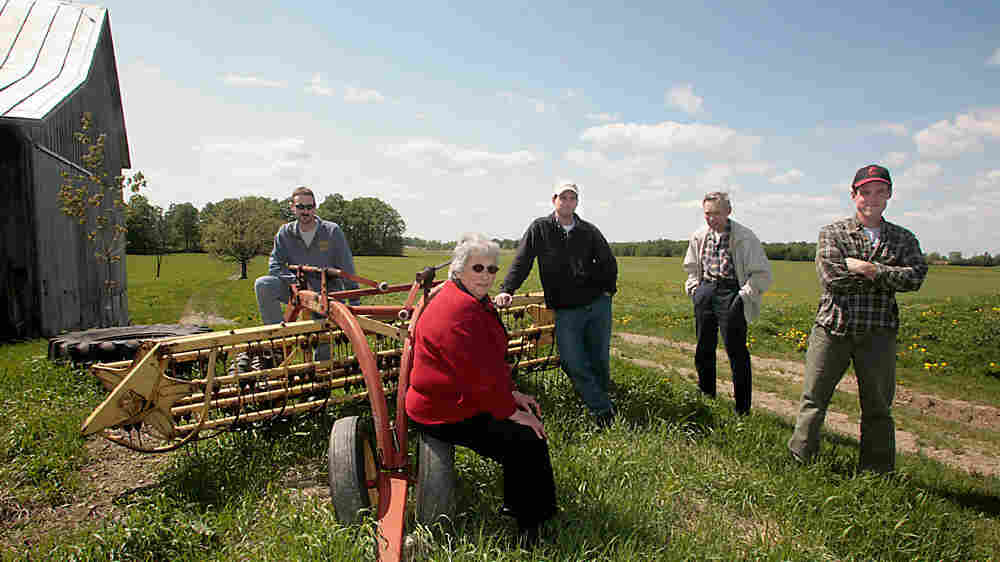 The U.S. government wants to seize five acres of the Rainville family's farm. The family and their community intend to fight. Herb Swanson hide caption 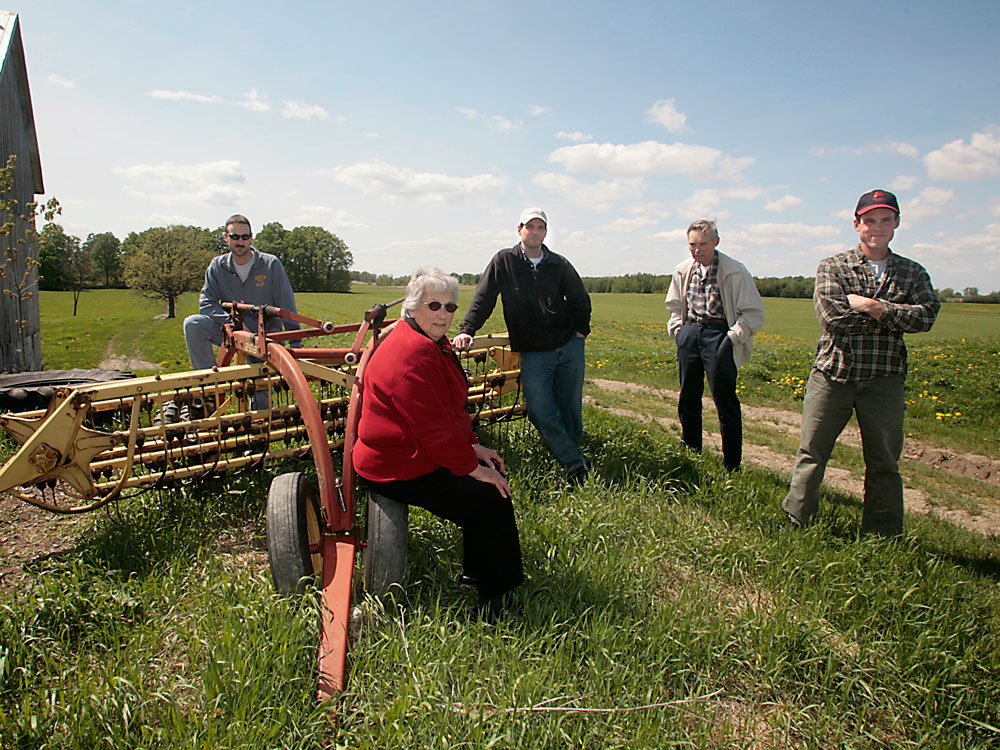 The U.S. government wants to seize five acres of the Rainville family's farm. The family and their community intend to fight. 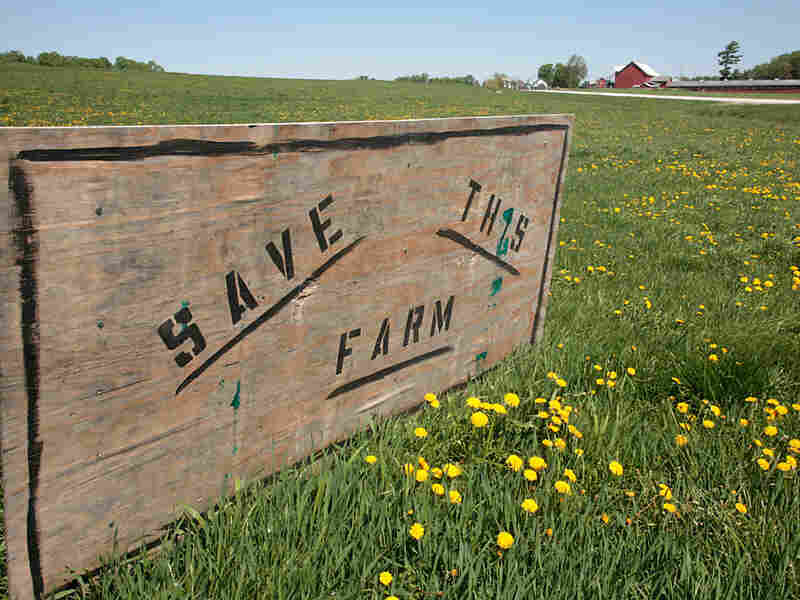 A sign on the Rainvilles' farm. Herb Swanson hide caption 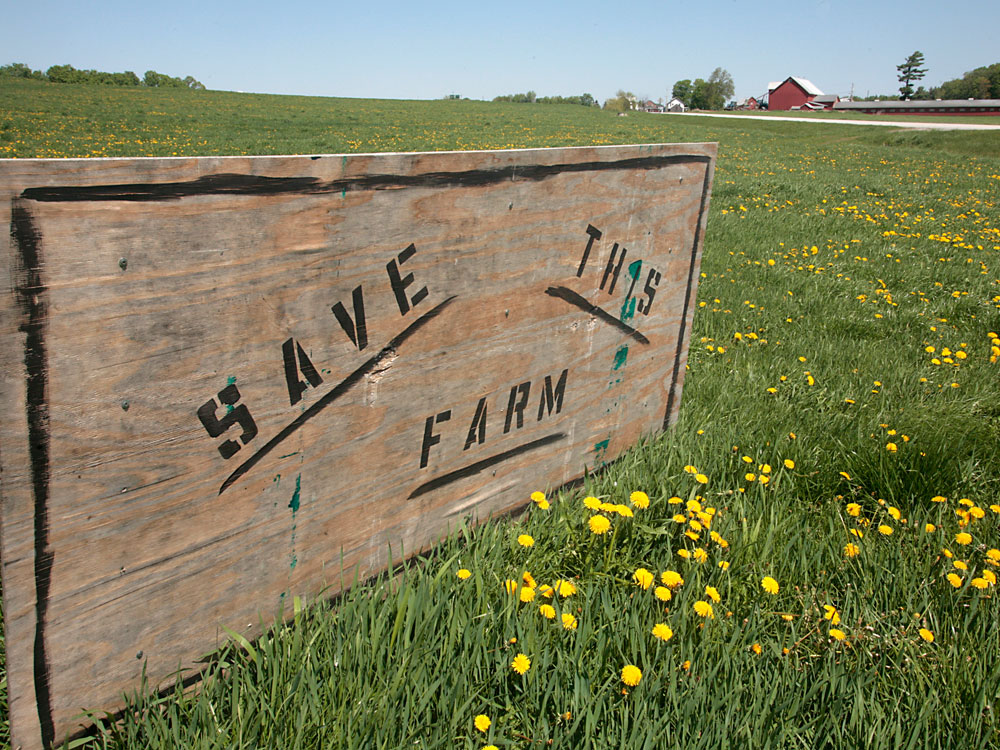 In Vermont, the federal government plans to seize a farmer's land to build a $5 million border post on a quiet country road. The community is fiercely opposed, and the Department of Homeland Security is under fire for planning expensive projects that some say isn't needed.

The hamlet of Morses Line is just a dot on the Canadian border in the small northern Vermont town of Franklin. A quiet country road leads to the existing brick border station at the edge of a hayfield.

In about two hours on a recent afternoon, one truck and two cars go by. One was a Customs officer arriving for his shift.

"Last night was a little busier because you had bingo at the church in the neighboring town," says Brian Rainville. The land the U.S. government wants is part of his family's dairy farm. Rainville goes through a box full of documents and pulls out the architectural drawings for the new border post.

"So we're looking at putting in a storm water pond, a traffic turnaround, covered parking, three designated traffic lanes, two stages of radiation detectors, a two-story building with a fitness center on the second floor. It all strikes me as a little much for Morses Line," he says.

"I'm not quite sure how Morses Line, with a traffic rate of 2 1/2 cars an hour, is a matter of national security and utmost budgetary importance."

There's a rhythm to life on a dairy farm. By late afternoon, the milking machine drums out a steady beat to mark the end of the day's work.

Clement Rainville, Brian's father, leads his large Holsteins through the milking parlor, eight cows at a time. The 70-year-old has lived on this farm since 1946. He says the farm has endured through three generations of hard work and careful management.

The farm has a herd of about 130 cows. The original farmhouse dates back to the 1840s. Clement Rainville and his family are fighting the government's plans to seize 5 of their 130 acres of cropland for the new station.

Five acres may not seem like much, but Clement Rainville says the hay and corn that the land produces is a big piece of the farm's self-sufficiency.

A Lot Of Money For A Little Station

Similar controversies are playing out across the 3,000-mile border with Canada, where the Department of Homeland Security plans to spend $355 million to fortify 22 border stations.

Federal money is hard to turn down, but the Vermont congressional delegation opposes the Morses Line project. And in North Dakota, Democratic Sen. Byron Dorgan has also criticized plans to spend an average of $16 million on border stations that see just a few cars per hour. 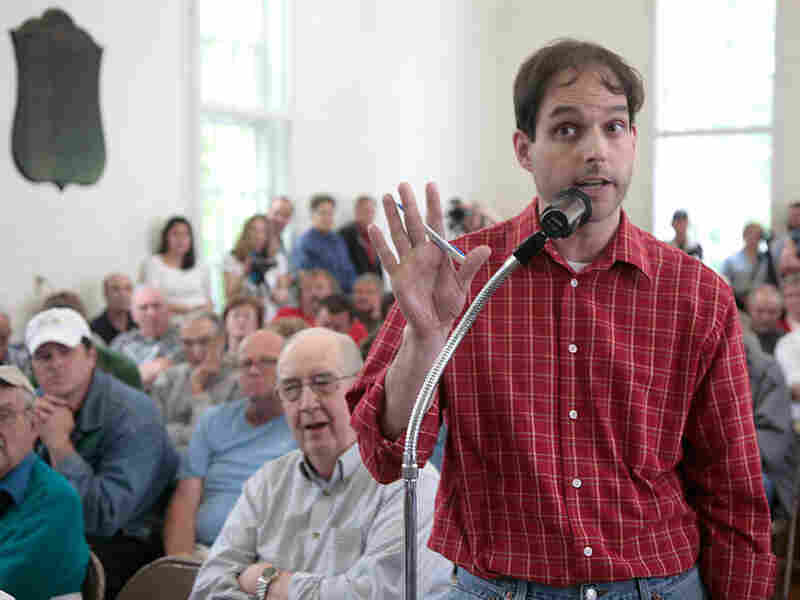 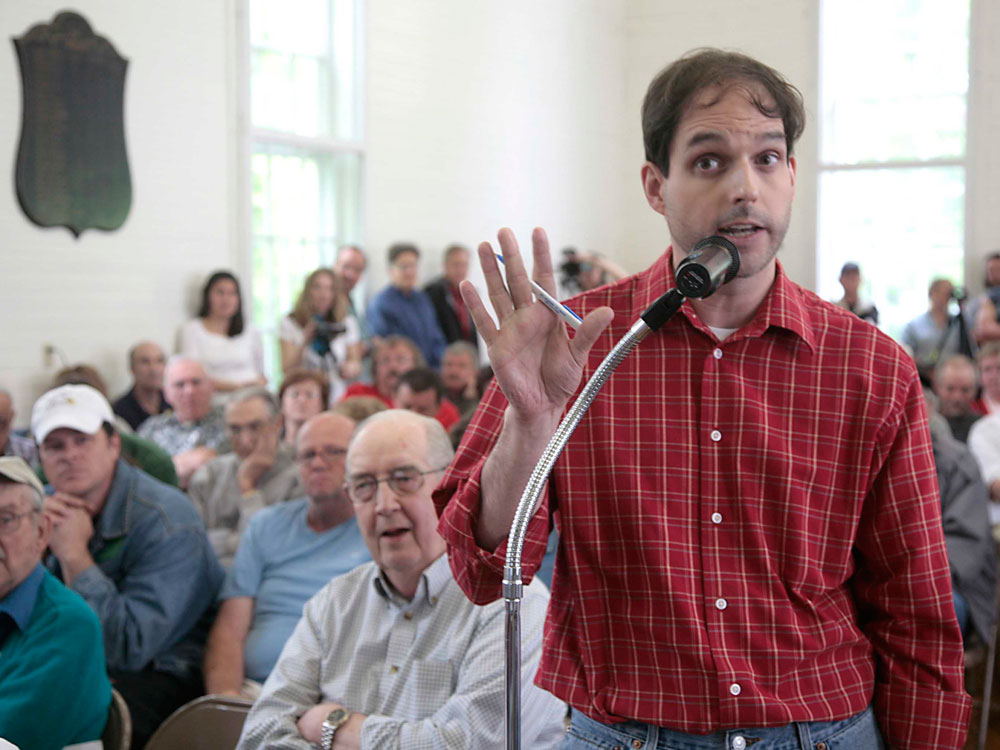 At a recent town hall meeting, Brian Rainville speaks about the proposed border station on his family's farm.

The government says the projects are needed to meet the challenges of a post-Sept. 11 world. "Our homeland security is only as strong as each individual port of entry," says Marco Lopez, a spokesman for Customs and Border Protection. "That is why we are committed to making sure that we are able to provide the technology and the infrastructure requirements that this new threat environment demands of us."

Officials say the existing Morses Line customs building has a leaky roof and not enough space to inspect vehicles or hold prisoners.

But the Rainvilles say that the little-used facility should be closed, and that the money should be spent on improving a much busier border station, 10 miles to the west.

Homeland Security officials counter that closing a border crossing is a complicated procedure, involving negotiations with Canada. Officials say they plan to go to court to seize the Rainvilles' land.