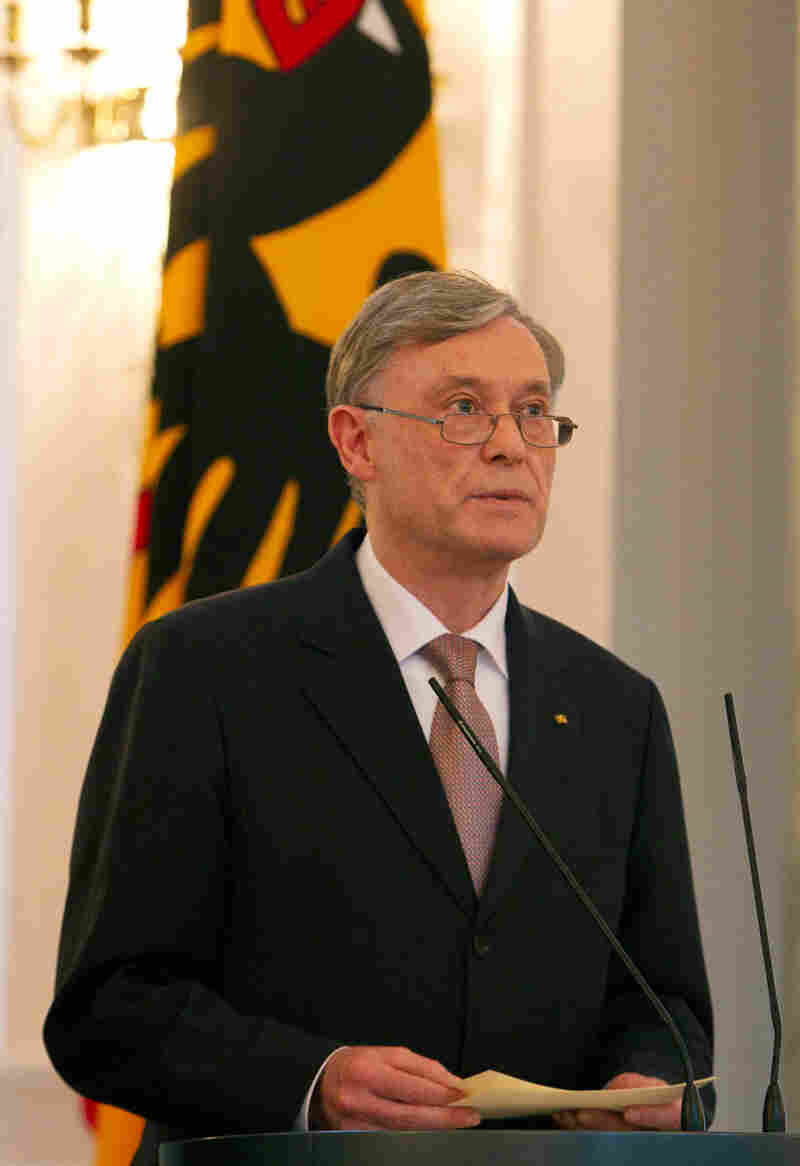 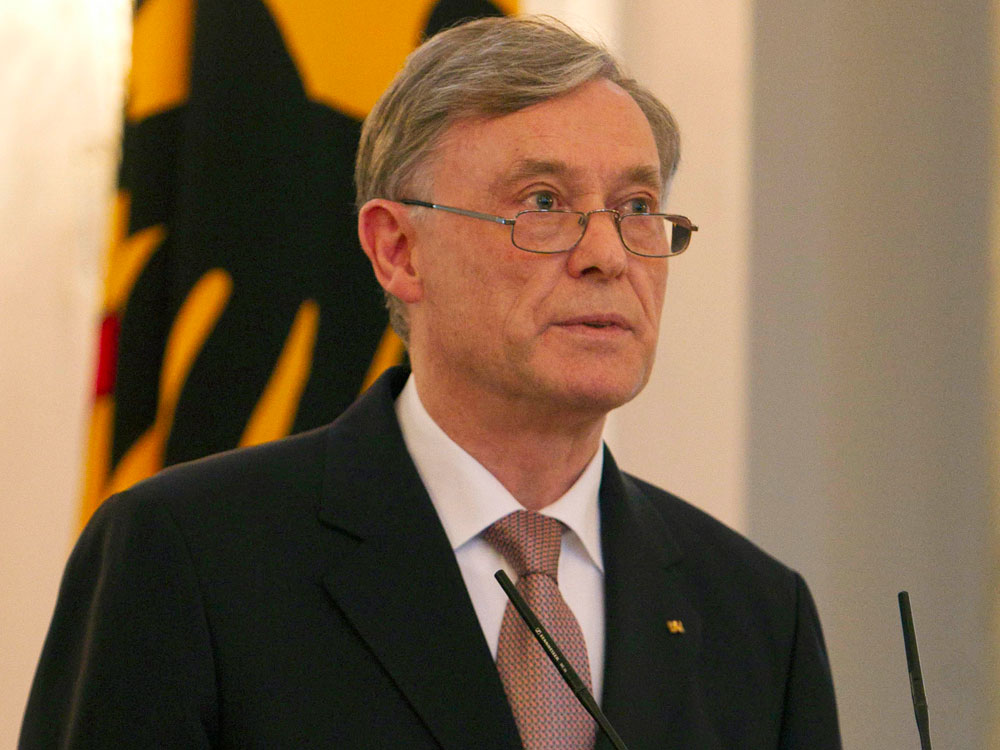 The resignation, effective immediately, came a year into Koehler's second term as the largely ceremonial head of state. Merkel's center-right alliance installed the former International Monetary Fund boss as president in 2004, and his departure is a symbolic blow.

A new president must be elected within 30 days. German politicians now have to figure out quickly who should replace Koehler even as they are preoccupied with trying to make budget cuts amid Europe's government debt crisis.

"I was surprised by his phone call and I tried to talk him around, but unfortunately I didn't succeed," Merkel said. "I think people in Germany will be very sad about this resignation."

She said that "with his wide international experience, he was an important counselor, particularly in the economic financial crisis -- and so of course I will miss that advice in future."

The resignation comes on top of a much-criticized start for Merkel's second-term government, an embarrassing state election loss in May, the euro debt crisis -- complete with two unpopular rescue packages -- and a prominent conservative state governor's resignation.

"It is a difficult situation for Merkel," said Gero Neugebauer, a political scientist at Berlin's Free University. "It is not clear whether she will be able to push through her own candidate."

The president is chosen by a special assembly of lower-house lawmakers and representatives of Germany's 16 states, in which the center-right is expected to have a majority. Merkel gave no hints on a possible successor. The post is supposed to be above the political fray, traditionally functioning as the nation's moral voice.

Koehler, a member of Merkel's Christian Democrats, cited a week of criticism over a radio interview he gave following a visit to German troops in Afghanistan.

In that broadcast, he said for a country with Germany's dependency on exports, military deployments could be "necessary ... in order to defend our interests, for example free trade routes."

That was taken by many as relating to Germany's unpopular mission in Afghanistan, although his office later said he was referring to anti-piracy patrols off the coast of Somalia.

Germans are often uneasy about deployments abroad, given the country's militaristic past, and the mission in Afghanistan makes many particularly uncomfortable.

Opposition politicians had urged Koehler, 67, to take back the remarks and accused him of damaging public acceptance of German military missions abroad.

"I regret that my comments in an important and difficult question for our nation were able to lead to misunderstandings," a strained-looking Koehler told reporters at the president's Bellevue palace.

Koehler complained that some critics suggested he supported "missions that are not covered by the constitution."

"This criticism lacks any basis," Koehler said in a statement delivered alongside his wife, Eva Luise. "It also is lacking in the necessary respect for the presidential office."

He added "it was an honor to serve Germany as federal president" then walked off without taking questions.

Koehler positioned himself as an outsider to the political elite and long enjoyed high popularity ratings. He occasionally refused to sign bills into law due to constitutional concerns and didn't always make himself popular with the government. Last year, he described financial markets as a "monster" that hadn't yet been tamed.

The controversy over his military remarks had appeared to be petering out.

Sigmar Gabriel, the opposition Social Democrats' leader, suggested Koehler had felt he wasn't getting enough support from his own center-right colleagues. Koehler's comments on the military were "unfortunate" but no reason to quit, he said.

One of Koehler's predecessors, Heinrich Luebke, stepped down 10 weeks before his term ended in 1969.