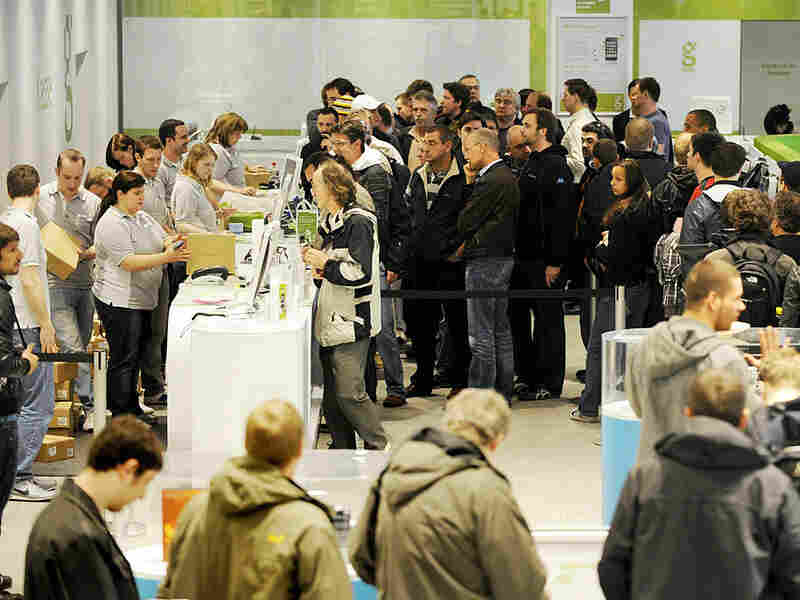 Customers line up Friday to buy Apple's new iPad as it is launched in Berlin. AFP/Getty Images hide caption 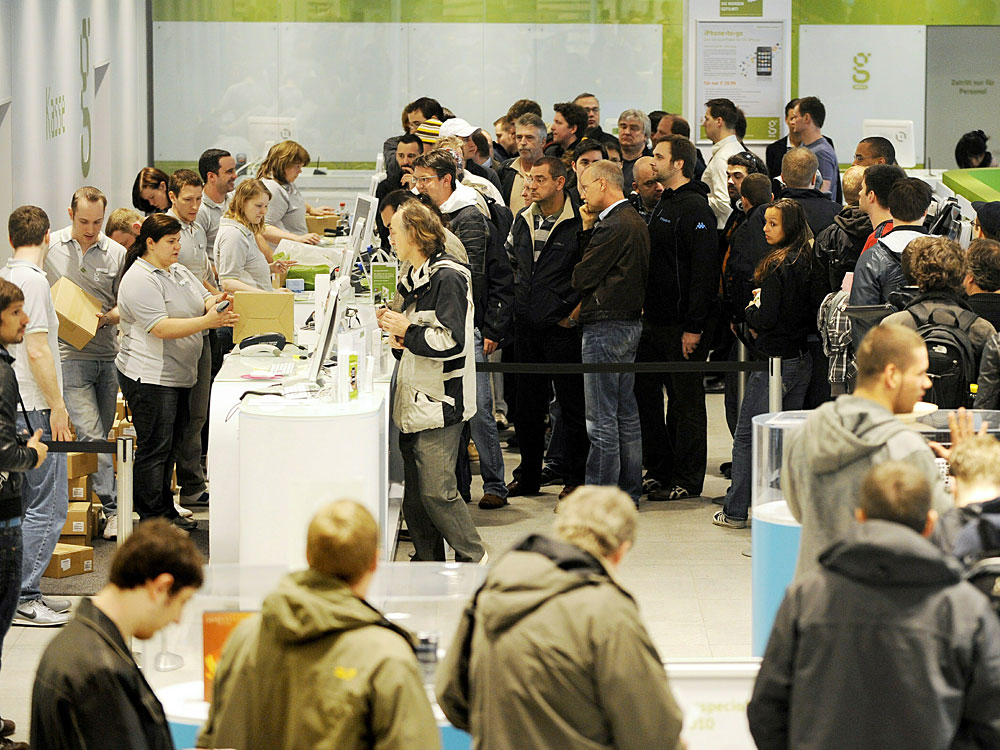 Customers line up Friday to buy Apple's new iPad as it is launched in Berlin.

The Cupertino, Calif., company began selling the iPad on Friday in Asia and Europe. The iPad launched April 3 in the United States April 3.

The company does not publicly break out sales figures by region, according to Natalie Harrison, an Apple spokeswoman.

The company had previously said it sold 1 million iPads in the United States just 28 days after its launch. As a result of the strong demand at home, Apple had pushed back the start date of its international sales.

The iPad can be used to send e-mails, draw pictures and play games. It can also be used as an electronic reader. The basic model costs $499 in the United States, not including extras.

The company said the device will be available in nine more countries in July and additional countries later this year.

Technophiles mobbed Apple stores in Europe and Asia on Friday in a quest to snatch the iPad.

"If I was a music fan, it would be like the launch of a Lady Gaga album in the U.S.," said comedian Stephen Fry.

Publishers have seized upon the device as an opportunity to finally make large numbers of readers pay for online content.

In hopes of better times, Britain's Financial Times newspaper launched its iPad version at a swank press event at a hotel overlooking Lake Geneva in Switzerland, claiming the app has already been downloaded over 100,000 times in the United States.

"I think it's going to be an extremely lucrative device for us," he said.

But the rollout has not been without its problems. A string of suicides at a Chinese factory that churns out iPads and other high-tech items has raised concerns about conditions for workers who face tremendous time pressures and harsh discipline for mistakes.

In response, Apple issued a statement expressing commitment to ensuring that conditions "throughout our supply chain are safe and workers are treated with respect and dignity."

The bad publicity did not hurt launches in Europe and Asia. Besides Britain, the device was unveiled Friday in Australia, Canada, France, Germany, Italy, Japan, Spain and Switzerland.

In Tokyo, where the love of gadgetry reigns supreme and consumers have devices more sophisticated than those available in the U.S., about 1,200 people lined up in the Ginza shopping district. They chanted a countdown ahead of the Apple Store's 8 a.m. opening and then gushed over the tablets, saying they couldn't wait to start using them.