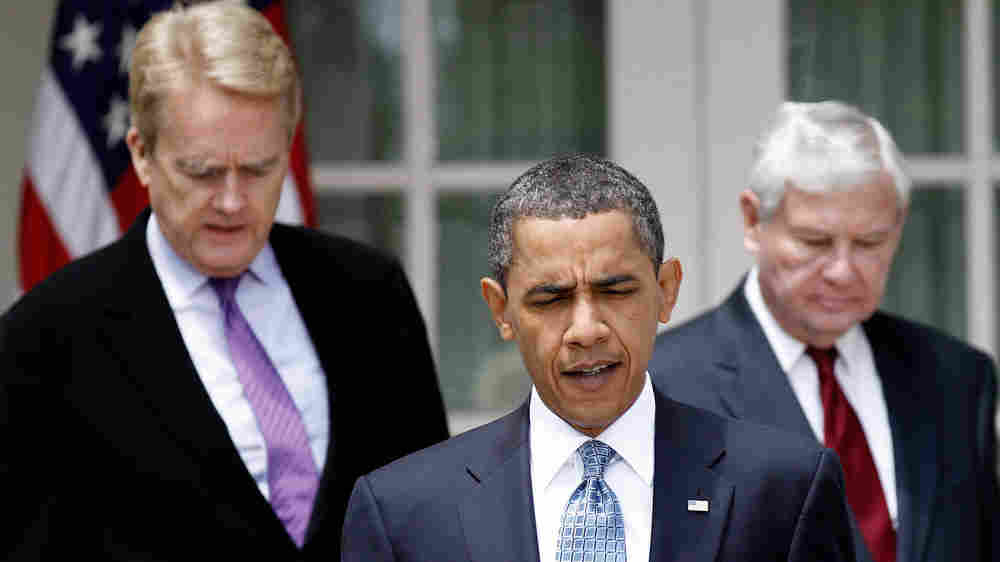 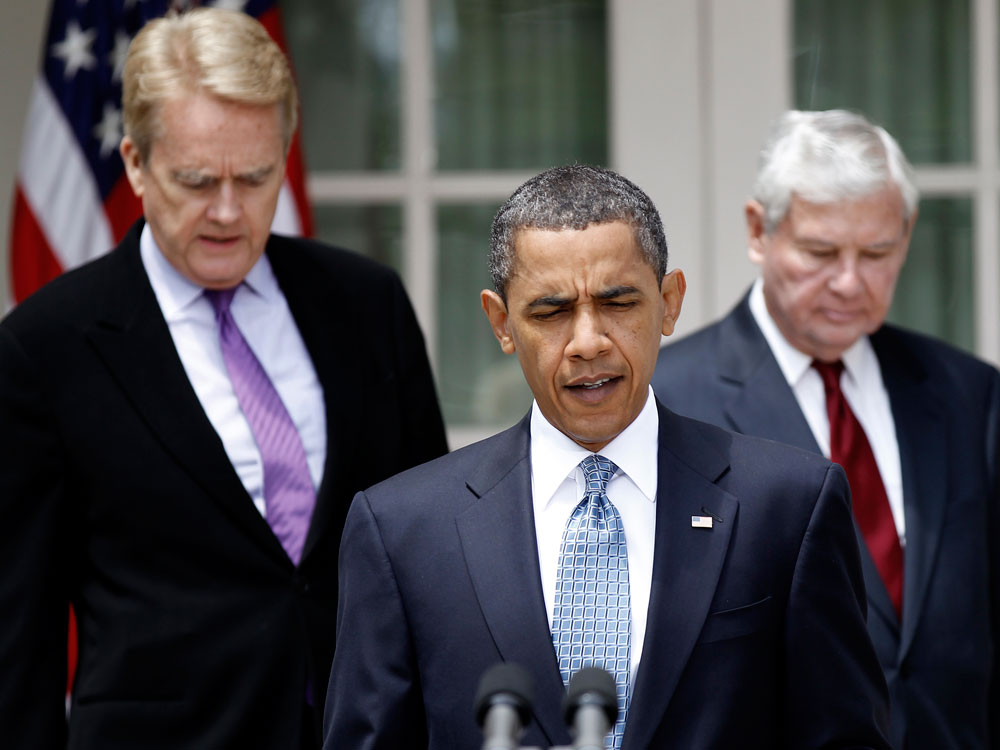 President Obama spoke Tuesday in the Rose Garden of the White House. He was flanked by the co-chairmen of the BP Oil Spill Commission, former EPA Administrator Bill Reilly (left) and former Florida Sen. Bob Graham.

Holder would not specify which companies or individuals might be the targets of the investigation, but he said federal clean air and pollution laws give him the power to open the investigations.

Holder confirmed the investigation after meeting with attorneys general from Louisiana, Mississippi and Alabama.

Under the laws, the government must only prove that the companies engaged in simple negligence.

Meanwhile, President Obama pledged that an independent commission investigating the Gulf oil spill will follow every lead "without fear or favor" and -- if U.S. laws were broken -- bring those responsible to justice.

Obama spoke in the Rose Garden after meeting with the co-chairs of the panel looking into the April 20 accident and the subsequent effort to control and contain the undersea gusher that has poured untold barrels of crude into the Gulf of Mexico.

"If the laws on our books are insufficient to prevent such a spill, the laws must change. If oversight was inadequate to enforce these laws, oversight has to be reformed," the president said.

The commission, headed by former Sen. Bob Graham of Florida and former EPA Administrator Bill Reilly, will take "a comprehensive look at how the oil and gas industry operates," Obama said. It has the authority to go "wherever the facts may lead, without fear or favor."

Obama reiterated that rig operator BP would be held accountable for paying all claims related to the spill, which has fouled the Louisiana shore and threatens to do the same in other Gulf coast states. He noted that more than 20,000 people, including 17,000 National Guard troops, have been deployed to help with the containment and cleanup.

"We're continuing our efforts on all fronts," the president said.

Later, White House press secretary Robert Gibbs said the administration would "continue to push BP to do whatever we feel is necessary to respond to the leak … and make sure they pay for it."

He said the early estimates released by BP of the amount of oil coming out of the undersea breach compared with much higher estimates from the government last week could have something to do with the oil company's liability.

"Because fines for BP will largely be determined by the amount of pollution emitted, they may not altogether have the same transparent public interest that we do in insuring that the public knows ... what is coming from the well," Gibbs said.

Also Tuesday, the Coast Guard replaced the admiral who has been the federal on-scene coordinator in the region.

The spill's unified command center said that Rear Adm. Mary Landry will return to duties as commandant of the 8th Coast Guard District in New Orleans to focus on hurricane season preparations. She will be replaced by Rear Adm. James Watson, who joined Landry as deputy on-scene coordinator three days after the rig exploded.

Coast Guard commandant Adm. Robert Papp said in a statement that Landry's relief had been planned since the start of the response.

BP shares plummeted Tuesday, the first trading day since the so-called top kill approach to stop the flow of oil was deemed a failure. The company's shares have lost a third of their value, dropping to their lowest level in a year as it became clear that the cost of the containment and cleanup would exceed $1 billion.

BP is moving forward with a new plan to capture the oil and gas by using robotic submarines to slice off a bent-over riser pipe to make way for a cap known as the Lower Marine Riser Package. The device is supposed to pipe the oil and gas to a ship on the surface. Engineers also plan to modify some of the gear on the seafloor they used in the unsuccessful top-kill effort. That gear will be adapted so it can provide a second pipe to the surface.

But Allen confirmed that the procedure would temporarily increase the flow of oil by about 20 percent. He said it was important not to put too much pressure on the well bore.

"We don't know the condition of it," he said.

Tuesday was the official start of the Atlantic hurricane season, and Allen said plans to deal with the possibility with a minimum interruption to containment efforts were "being finalized now."

BP Managing Director Bob Dudley told NBC's Today show Tuesday that the company was already "well into" the latest operation to cap the well, which is actually a variation on the initial approach using a containment dome.

"We learned a lot in the first containment dome that we tried," Dudley said. "The engineering on this, while it's never been done at 5,000 feet, is more straightforward."

The latest temporary fix is aimed at slowing or stopping the flow until a relief well can be completed and a permanent such down of the undersea gusher can take place.

For the relief well to succeed, the bore hole must precisely intersect the damaged well, which experts have compared to hitting a target the size of a dinner plate more than two miles into the earth. If it misses, BP will have to back up its drill, plug the hole it just created, and try again.

"The probability of them hitting it on the very first shot is virtually nil," said David Rensink, incoming president of the American Association of Petroleum Geologists, who spent most of his 39 years in the oil industry in offshore exploration. "If they get it on the first three or four shots they'd be very lucky."