Accessibility links
Eliminating Al-Qaida's No. 3, Again And Again Al-Qaida announced Tuesday that its third in command, Mustafa al-Yazid, was killed in a drone attack last month. While U.S. officials are calling his death a big blow to the terrorist group, it might not be such a seminal event. Al-Qaida has lost six so-called No. 3 officials since 2001. 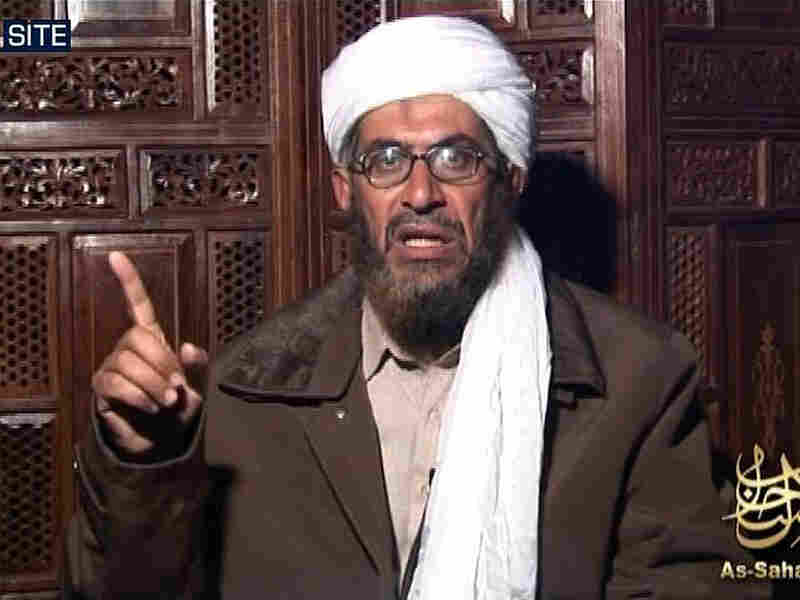 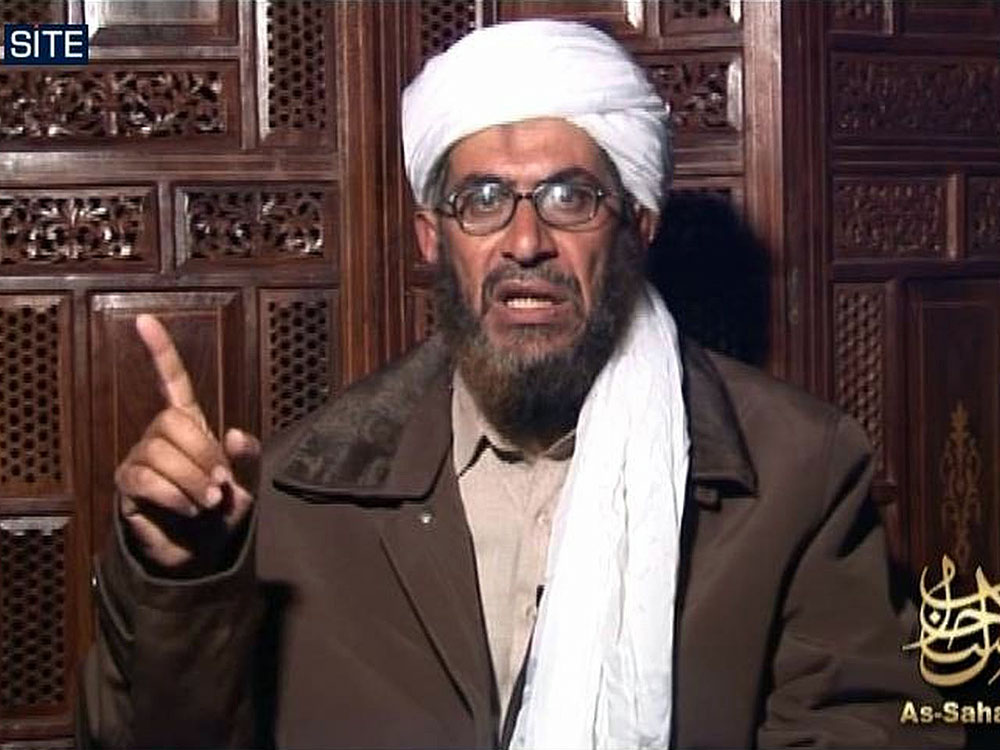 Mustafa al-Yazid, also known as Sheik Saeed al-Masri, is seen in this undated video image. The Egyptian-born Yazid was a founding member of al-Qaida.

In an usual announcement, al-Qaida confirmed Tuesday that one of its high-ranking members was killed in a drone attack in Pakistan. His name was Mustafa al-Yazid, and the U.S. says he was widely viewed as the No. 3 figure in al-Qaida's operation.

Last August, Yazid became the face of al-Qaida. He starred in many of its propaganda videos and eulogized fallen comrades. He gave interviews to selected journalists and was said to be in charge of al-Qaida's operations in Afghanistan and Pakistan.

U.S. intelligence says Yazid, who is also known as Saeed al-Masri, was killed in a drone attack May 22 in Pakistan's tribal areas, near the border with Afghanistan. He, his wife and other members of her family were hit in the village of Boya, close to Miram Shah, the main town in North Waziristan.

"This time it sounds like intelligence officials have higher confidence that he's actually been killed," says Matthew Waxman, a law professor at Columbia University and a former Pentagon and National Security Council official.

His death marks the seventh time since 2001 that a so-called No. 3 of al-Qaida has been killed.

One thing we've seen since 9/11 is al-Qaida decentralizing even further into a looser structure of franchise operations all over the world, and that makes it very difficult to assess the impact of a strike like this.

While that sounds impressive, Waxman says it isn't clear that Yazid's death will affect al-Qaida that much.

"One thing we've seen since 9/11 is al-Qaida decentralizing even further into a looser structure of franchise operations all over the world, and that makes it very difficult to assess the impact of a strike like this," he says.

A joke in terrorism circles is that the fastest way to get killed is to become the No. 3 in al-Qaida, given the number of so-called No. 3s who have been killed.

"I think we use the term 'No. 3 in al-Qaida' pretty broadly," he says. "I think it is often used as a label for any leadership figure who has a pretty substantial role in operational planning."

U.S. officials started giving Yazid the No. 3 designation after he was made al-Qaida's operational commander in Pakistan and Afghanistan. He decided on attacks and strategy while Osama bin Laden and Ayman al-Zawahiri stayed behind the scenes.

American intelligence officials say there are about 50 members of al-Qaida's core leadership who are still alive. Among that group, only a handful have a long, personal history with bin Laden and Zawahiri.

Yazid was one of those people.

"You could almost think of him as a kind of long-standing cabinet secretary in al-Qaida," says Sam Rascoff, a law professor at New York University and a terrorism expert. "He's been something like the secretary of the treasury, he's been something like the secretary of state, and more recently he's been the head of military operations in Afghanistan. So he's clearly a trusted adviser, someone who has had a number of very significant jobs over the years."

Rascoff says that while Yazid's death is significant, it is unlikely to be hobbling. Al-Qaida has always been able to find replacements after attacks on its leadership.

"Truth be told, there have been a lot of other successful drone attacks against other high level al-Qaida operatives in the past, and it has been very difficult to say with any precision that this or that attack has led to this or that diminution in the organization's operational capacity, for example," Rascoff says.

Al-Qaida has yet to say who Yazid's successor will be.