Accessibility links
Fake Mars Mission: 'Real World' Meets Space Travel Six men will enter a mock interplanetary spaceship in Moscow, close the hatch and then live inside for more than 500 days. They'll conduct the first ever full-duration simulation of a mission to Mars. 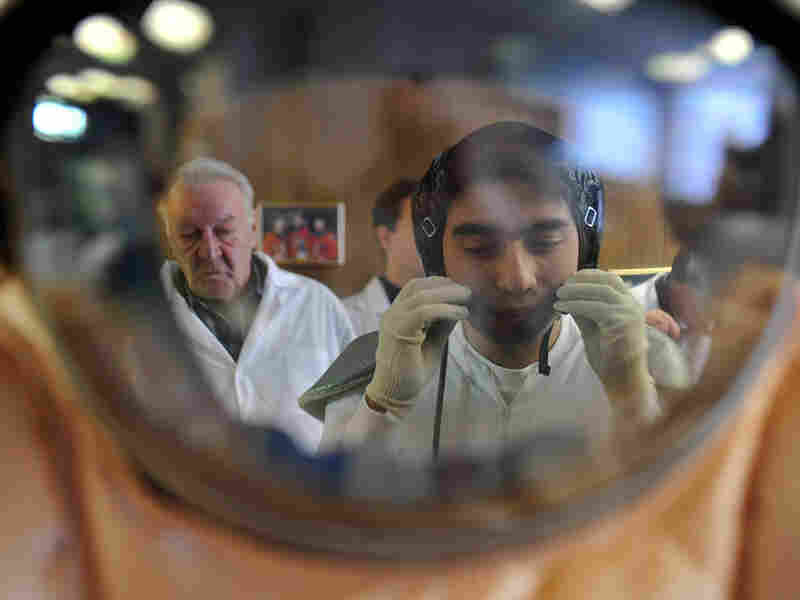 Six men will enter a fake interplanetary spaceship in Moscow, close the hatch, and then live inside it for more than 500 days. S. Corvaja/ESA hide caption 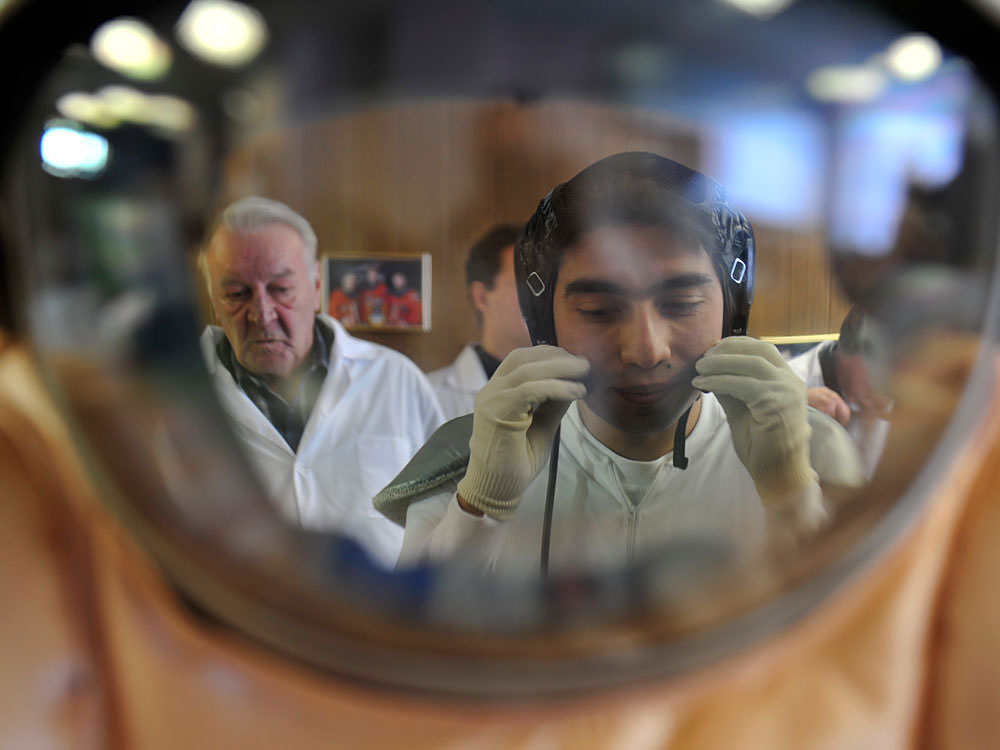 Six men will enter a fake interplanetary spaceship in Moscow, close the hatch, and then live inside it for more than 500 days.

A fake mission to Mars is getting under way at a research institute in Moscow, where six men will spend the next year and a half inside a mock spaceship.

The international "crew" includes two men from Europe, one from China and three from Russia. They'll spend the next 520 days living inside just a few bus-sized modules at Russia's Institute for Biomedical Problems.

The team will have to put up with endless astronaut food, the grind of exercise and maintenance work, science experiments, fake emergencies -- plus extreme isolation from the outside world.

"We get to see what happens to them over the course of an awful long time, and that's not been done before," says Nick Kanas, a psychiatrist at the University of California, San Francisco who worked on a 105-day pilot study leading up to this new Mars simulation.

"The notion of being with the same people, without escape, for a long period of time, is perhaps more stressful than a lot of people can think," says Kanas.

Kanas has studied the psychology of space station crews who have spent up to seven months in space. But he notes that a real mission to Mars would take far longer -- probably about 2 1/2 years.

That means the crew would be too far away to enjoy things that NASA uses to cheer up space station astronauts. There'd be no resupply missions, so no fresh food or surprise presents. And forget about talking to Mission Control in real time.

"On Mars, you ask a question, you've got to wait a half an hour or longer to get the answer," says Kanas.

That's why the new Mars500 study will include a 20-minute time delay for communications with the outside world. Researchers will carefully monitor the crew's physical and psychological condition as the men pretend to travel to Mars, explore the Martian surface, and then head home.

Some things can't be simulated -- like microgravity. And real space travelers to Mars would have to deal with the psychological impact of facing actual danger.

But in this Mars simulation, if there's a serious medical or psychiatric problem, researchers could just open the hatch, says physician Christian Otto, who has worked with NASA to study how people are affected by sensory deprivation and social isolation.

Otto has done two yearlong postings in Antarctica and notes that when you're there in winter, with no chance of rescue, "you know that the rest of your crewmates and yourself are going to have to solve any problem that comes up." That's not true for the Mars500 crew.

Still, Otto thinks this study is important and unique because of its long duration. He knows from his own experiences that people's mood and performance decline as isolation stretches past six months to a year.

Just a few Russian cosmonauts have spent more than a year living continuously in space, says Otto, and no American has done so.

The current American record-holder for the longest single space mission is Michael Lopez-Alegria, who spent 215 days in orbit. He says he found it surprisingly OK.

"I think what keeps people interested and happy is being busy, and we were certainly busy for the whole time we were there," he says.

He did find himself missing ordinary social things, like getting to see different people, and having conversations about sports or politics over dinner. But he could always look out the window and gaze back home.

"Looking out the window and seeing the Earth below, and seeing places you recognize and where you grew up and places you visited has a lot to do with keeping sane, so to speak," Lopez-Alegria says.

That's a view the fake spaceship in Moscow won't have. But the first real mission to Mars wouldn't have it either. From so far away, the crew would see the Earth as just a tiny speck in space.

"No human being ever in the history of man has seen the Earth as an insignificant dot in space," says Kanas. "And what the impact of that kind of isolation will be is hard to predict at this point."