Accessibility links
Senators Fed Up With Secret Blocks On Nominees President Obama is still struggling to get scores of his key executive and judicial branch appointees confirmed by the Senate, where lawmakers are stalling them anonymously. Now Democrats and even some Republicans say they want to curtail the use of "secret holds" or do away with the practice altogether. 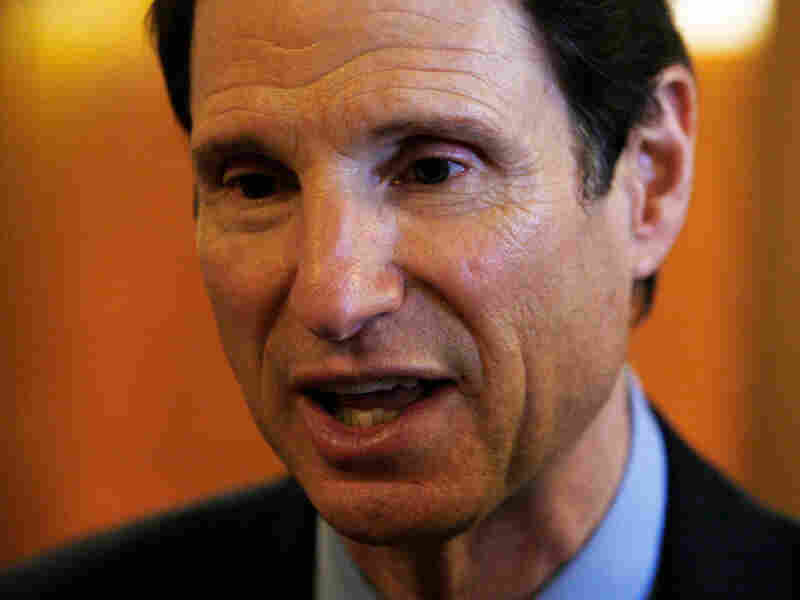 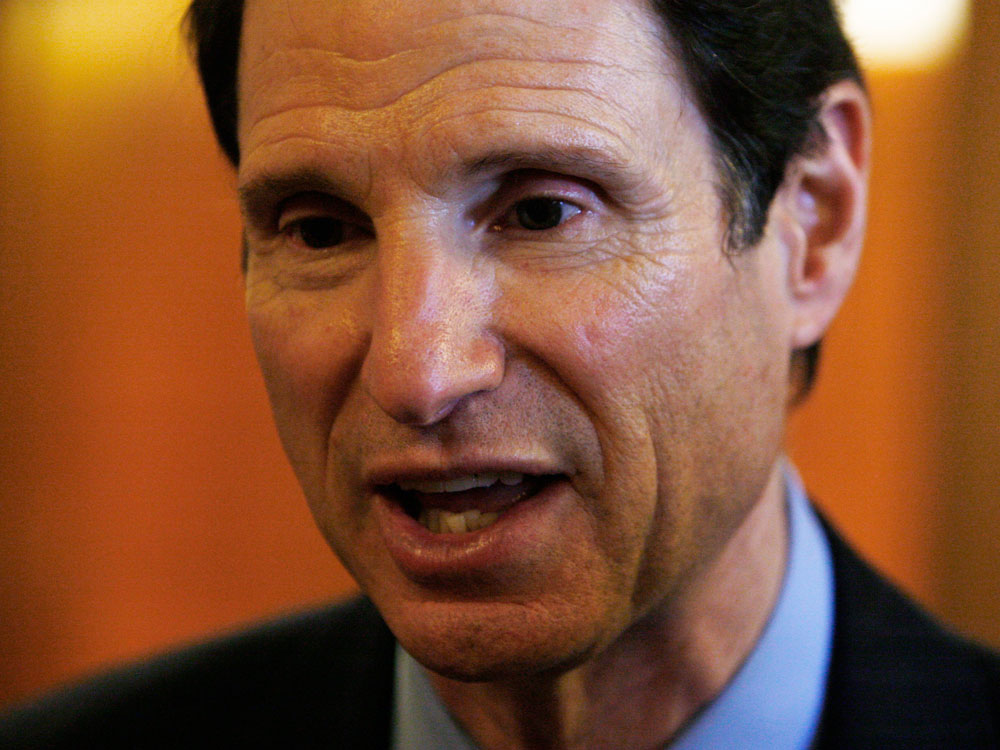 Sen. Ron Wyden (D-OR) has co-sponsored a bill with Sen. Charles Grassley (R-IA) to change the rules regarding secret holds.

Nearly a year and a half after taking office, President Obama is still struggling to get scores of his key executive and judicial branch appointees confirmed by the Senate. Almost all of those nominations have been stalled by unnamed Republican senators using what's known as the "secret hold." The practice, which has been around a long time, is essentially an anonymous threat to filibuster any attempt to vote on a bill or nomination.

But now Democrats -- and even some Republicans -- say they've had it. They want to curtail the use of secret holds or do away with them altogether.

"There is a clear, systemic attack here on the Obama administration's ability to staff its administration and thus govern," said Democratic Sen. Sheldon Whitehouse of Rhode Island.

Here, a list of President Obama's 69 executive and judicial nominations on hold — mostly anonymously — as of June 23.

Democrats say the secret hold has never been used -- or abused -- as much as it has been since Obama was sworn in. At a comparable time in 2002 when George W. Bush was president and Congress left for its Memorial Day recess, only 13 nominations had been pending in the Senate for more than two days. This Memorial Day, 120 of Obama's nominees awaited confirmation, and most were held up anonymously. The nominees who have gotten confirmed have had to wait on average more than 100 days after winning approval in committee.

Before Congress left town last week, Senate Democrats tried several times to force votes on stalled nominations. Sen. Amy Klobuchar of Minnesota noted that as oil has gushed into the Gulf of Mexico, two nominees for vacancies on the Marine Mammal Commission have been blocked by secret holds for more than two months.

"We're dealing with marine issues right now, extreme marine issues of what's going to happen to our wildlife in the oceans," she said. "Why would anyone hold up members of the Marine Mammal Commission?"

Sen. Tom Coburn (R-OK) did not say why, but he objected to moving forward on behalf of an anonymous colleague with a secret hold.

"I intend to object to every one of these, not because I personally have an objection, and I want my colleagues to know that," he said. "But one of the considerations of courtesy on the Senate floor is that if somebody else does, you will honor that."

Sen. Claire McCaskill (D-MO) responded tersely: "This is what drives America crazy about this place."

McCaskill has been leading an effort to ban secret holds, which she says are wrong. "The senator from Oklahoma knows it, and I guarantee most of his colleagues do," she said.

Two years ago, the Senate voted to require that the names of those placing secret holds be made public within six legislative days. But the rule has rarely been honored. Sen. Ron Wyden (D-OR) now wants the names of the secret holders revealed within two days -- or the senator who objects on their behalf will own the hold. Wyden said secret holds have become a powerful tool not just for senators but for lobbyists as well.

"In fact, if you can get a United States senator to put an anonymous hold on a bill, it's almost like hitting the lobbyist jackpot," Wyden said. "Not only is the senator protected by the cloak of anonymity, but so is the lobbyist."

Wyden's co-sponsor, Republican Sen. Chuck Grassley of Iowa, said curbing secret holds may not have been a high priority in the past, but now the pileup is "influencing the productivity of the United States Senate."

But when Grassley and Wyden tried last week to have a vote on their secret holds measure, South Carolina Republican Jim DeMint objected.

"There are a lot of pressing issues that we face as a country," DeMint said. "But one of them is not secret holds."

Meanwhile, McCaskill is circulating a petition to abolish secret holds altogether. So far, 64 senators have signed it, including six Republicans. That's three shy of the 67 needed for a change in the rules.

"We are definitely in the red zone, but we are not to the goal line yet," she said, adding that it's not a matter of if -- but when.