Accessibility links
'The New Marijuana': From Back Alleys To Main Street In 1996, California legalized medical pot and set off a nationwide trend. Now, the state is preparing for a ballot referendum that could make recreational pot legal for anyone 21 or older. Are we seeing the start of another movement that could sweep the country?

'The New Marijuana': From Back Alleys To Main Street

'The New Marijuana': From Back Alleys To Main Street 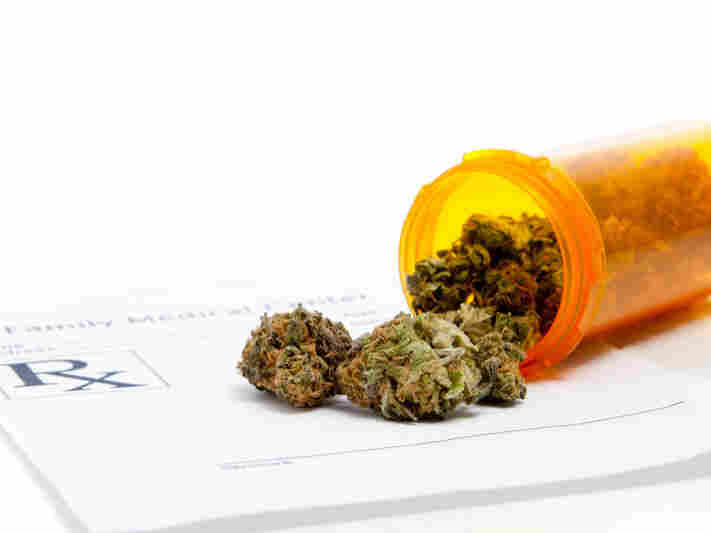 Prescription For Change? What happens in the Golden State this year could have a big impact on the rest of the country. iStockphoto.com hide caption 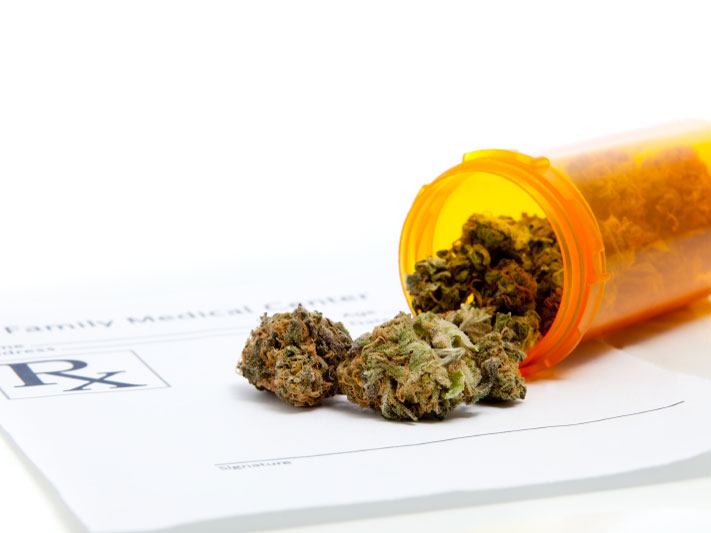 Prescription For Change? What happens in the Golden State this year could have a big impact on the rest of the country.

In less than a generation, marijuana has gone from a forbidden drug in America to a readily available commodity. It started when California legalized medical marijuana in 1996, launching a trend that's now spread across more than a dozen states.

Today, as a result, pot has never been easier to get -- and without the risk of relying on some shady street-corner dealer.

Los Angeles, for example, is infamous for having more medical marijuana dispensaries than Starbucks coffee shops. These are the storefronts that sell medicinal pot, typically offering an assortment of designer varieties with names such as Super Bubba Kush, Granddaddy Purple and Hollywood OG. At Venice Beach, one dispensary has become something of a tourist attraction by using carnival-style pitchmen to lure in customers.

You can't legally buy medicinal pot in California without a note from a doctor, called a recommendation. But anyone suffering as much as a hangnail can find a physician who'll say yes. It means that virtually any adult Californian who wants weed can get it. And while Los Angeles is moving to drastically reduce the number of dispensaries there, no one imagines that medical marijuana will suddenly become scarce after the crackdown.

On Morning Edition: When California voters decide this fall whether to legalize marijuana for everyone 21 or older, it'll be largely because of the money and efforts of 47-year old Oakland businessman Richard Lee. He made a fortune in the medical marijuana business and invested more than $1 million to bankroll the petition drive that got the pot issue on California's November ballot.

On All Things Considered: Fourteen states and the District of Columbia allow people to use marijuana to treat a wide variety of ailments. Each law is different, but if you look at them in chronological order, a pattern emerges: The laws are becoming stricter. The states passing laws today include more regulation than the early adopters did.

What impact is this new accessibility having on public policy, law enforcement and marijuana consumption? And as California now prepares for a statewide ballot referendum that could make recreational pot legal for anyone 21 or older, are we seeing the start of another movement that could sweep the country?

These are some of the questions we explore in an extensive collaboration between NPR News, Youth Radio and an assortment of member station journalists in our weeklong series, The New Marijuana.

Many states have tough standards for deciding who gets to buy, sell and grow medical marijuana. But in California, the place where the national movement started, the law is so ambiguous that cities and counties are left to set their own guidelines. In Los Angeles, the lack of a coherent and sustainable policy led to the unfettered rush of marijuana dispensaries that only now is being brought under control.

But while some cities see the expanding marijuana industry as a threat, Oakland looks at medicinal pot and sees dollar signs. City officials there licensed four dispensaries that gladly tax their products and pass along the revenue to Oakland.

Richard Lee, 47, the most prominent entrepreneur in the city's "Oaksterdam" neighborhood, is now the driving force behind a new effort to legalize recreational pot in California. Lee bankrolled the petition drive that got the marijuana issue on the state's November ballot, even though the measure most likely would violate existing federal law. He's counting on pragmatism to prevail at a time when California faces an unprecedented fiscal crisis. It's forcing officials to take a meat cleaver to their budgets for public schools and universities, social welfare programs and state parks.

Lee touts the fact that making marijuana a legal, taxable product could add a billion dollars a year in revenue to the state's bottom line. Not a cure for what ails California, but no drop in the bucket, either.

What happens in the Golden State this year could have a big impact on the rest of the country. If California decides to make all marijuana legal and starts reaping tax revenue, other states may be tempted to follow, as they have before.

But then, what will the federal government do? Pot remains an illegal drug under federal law. The Justice Department, under the Obama administration, in most cases has no desire to go after medical marijuana. But it's highly doubtful that recreational pot will get the same free pass from the feds.