Accessibility links
A Percussionist's Life: Beating The Drum For Gigs Full-time musicians typically have to have an entrepreneurial spirit, juggling multiple opportunities to make ends meet. That's the case for Ivan Trevino, a recent graduate of the Eastman School of Music, who plans to teach and perform to start paying back $60,000 in student loans. 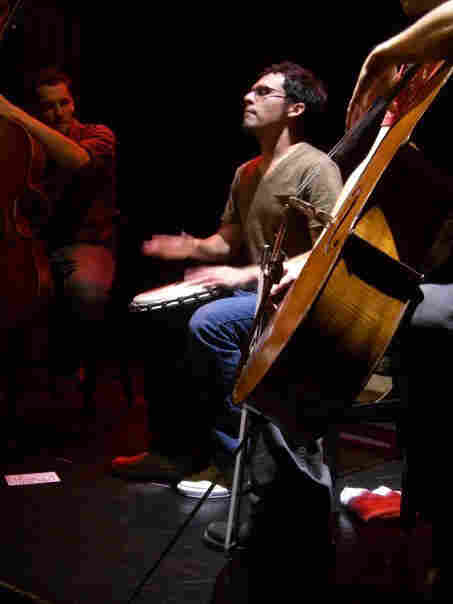 Students graduating from college this spring are entering perhaps the toughest, most uncertain job market in generations. In this series, we meet recent grads, who share the frustrations and fears they face as they set out in search of work.

Most students just stress out about final exams. But earlier this spring, 26-year-old graduate student Ivan Trevino was also worried about graduation, a gig in New York City, and an upcoming wedding where he was to perform an original composition.

Trevino is a percussionist who just graduated with his master's degree from the prestigious Eastman School of Music in Rochester, N.Y.

The employment prospects for new graduates are grim. It's a tough job market in most fields, but for musicians the options are always limited. For any given instrument, there are likely to be only three or four openings at orchestras across the country.

Just two days before the wedding, Trevino was working feverishly to fine-tune his composition.

"But basically the idea is that the marimba part and cello part are very different from each other; one's in a different meter -- the phrasing is all different, but somehow when they play together it seems to make more sense than it does when they're apart," Trevino says. "And that's kind of the same idea with my two friends who are getting married."

Trevino is used to pulling all the pieces together and making them work. He plays percussion in a cello rock band called Break of Reality.

On top of touring and recording, the group played South by Southwest this year, and it's in the running to do a film score. 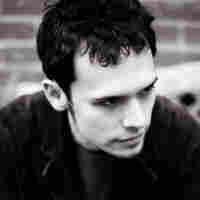 — Job Goal: To make a living teaching and performing as a musician

The Life Of A Full-Time Musician, Bills To Pay

Trevino says juggling all of this stuff is just how life is if you want to be a full-time musician and pay off your student loans.

"You know you gotta be able to do a lot of things," Trevino says. "Play and do the music business thing too, so you have to make yourself as well-rounded as possible. I think that's the way to go."

Trevino says he has to be an entrepreneur. But he doesn't have the luxury to go long periods of time without making money. His bills for $60,000 in student loans will start showing up in November.

As a result, stability is attractive to Trevino. He even briefly considered joining the National Guard band before deciding he didn't really want to go through basic training.

"Hopefully I'm not spreading myself too thin, but I don't think I am," Trevino says.

He says percussionists tend to be pretty laid back. "I mean, if all else fails and I can’t find a job, I’ll find some job. I'll just have to get a normal job for the first time in my life."

Heidi Shierholz, an economist with the left-leaning Economic Policy Institute in Washington, D.C., says when people like Trevino -- who started drumming in his family's touring gospel band as a little kid -- follow their dreams, it's better for the economy.

"There's no crystal ball; we don't know what's going to be the winner industry going forward. But what we do know is that as an economy, if young people are going into things that they enjoy and that they're good at, that's how the economy will work best," Shierholz says.

Shierholz acknowledges that some sectors, like health care and education, are more stable during recessions.

Musicians might have to find refuge during hard times. But for Trevino, that's not actually a bad thing. He doesn't mind settling down in Rochester.

"I love to teach, probably even more than playing," Trevino says. "And I think what I need to do is, you know, let people know that I'm staying, let people know, almost annoy people with the fact that I'm going to be here and I really want to help."

By September, he says, he wants to know for sure what he'll be doing to make ends meet.

But if he doesn't know by the fall, he figures he'll find some gig even if it's just a "normal" job.

After all, musicians are used to improvising.