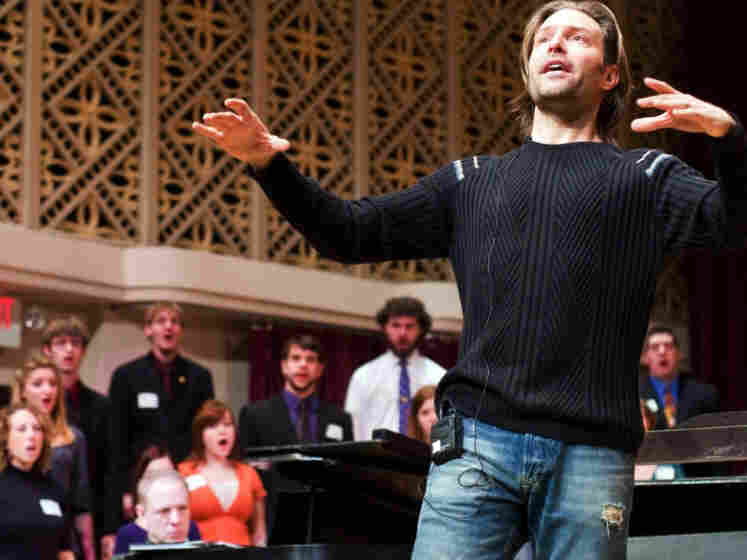 Composer and conductor Eric Whitacre had no formal music training until he was 18. Now, at 40, his choral works are enormously popular. courtesy of the artist hide caption 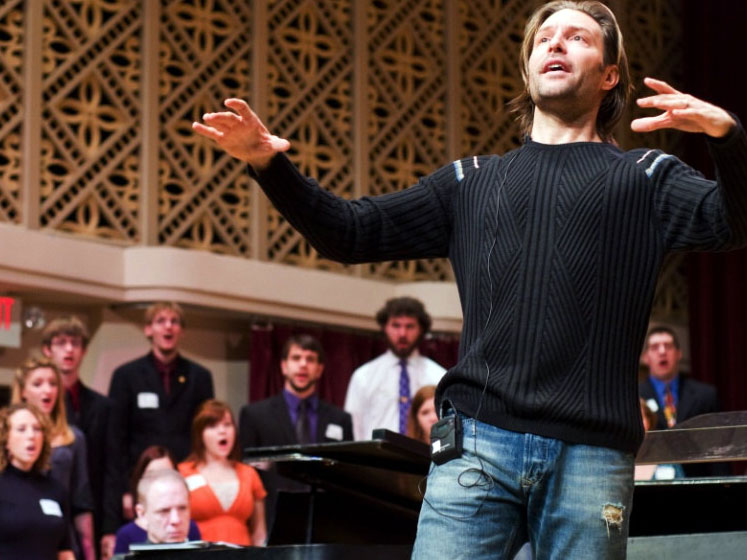 Composer and conductor Eric Whitacre had no formal music training until he was 18. Now, at 40, his choral works are enormously popular.

I can't possibly forget the first time I heard about the music of Eric Whitacre -- it was moments after the inaugural concert at Los Angeles' brand-new Walt Disney Hall, in 2003. I'd had the honor of co-hosting an NPR live broadcast that night and was leaving the hall when I bumped into an old friend, the L.A. Philharmonic's audio producer, Fred Vogler. Fred, in turn, introduced me to a friend of his, a young man named Eric Whitacre who looked exactly like a rock star -- long dirty blond hair, a hint of stubble on his chiseled face.

"He's one of the most frequently performed choral composers of our time," Vogler said. I nodded politely, thinking, "Of course he is, Fred. And I'm Clara Schumann."

Only a few weeks later, my son, a high-school choral singer, brought home a recording of "Water Night," and I was mesmerized by its otherworldly beauty and chromatic harmonies that seemed to float in some mysterious musical landscape. I learned that "Water Night" was Eric Whitacre's music, and that, indeed, choirs around the world were singing it.

Whitacre, who just turned 40, proudly credits The Beatles and electronic music as influences, but this particular masterwork was also inspired by Whitacre's gratitude toward a mentor, Bruce Mayhall. It was Mayhall who convinced Whitacre during a dark time to stay in music. This brilliant piece, written in less than an hour, is the very least Mayhall deserves. The performances on this gorgeous new release are by the Elora Festival Singers, and they've never sounded better.