Accessibility links
Obama Urges Continued Support For Economic Recovery While the U.S. economy is moving in the right direction, President Obama says, the recovery still needs help from the federal government, including things like extending unemployment benefits. But his approach is meeting resistance from Republicans -- and some Democrats. 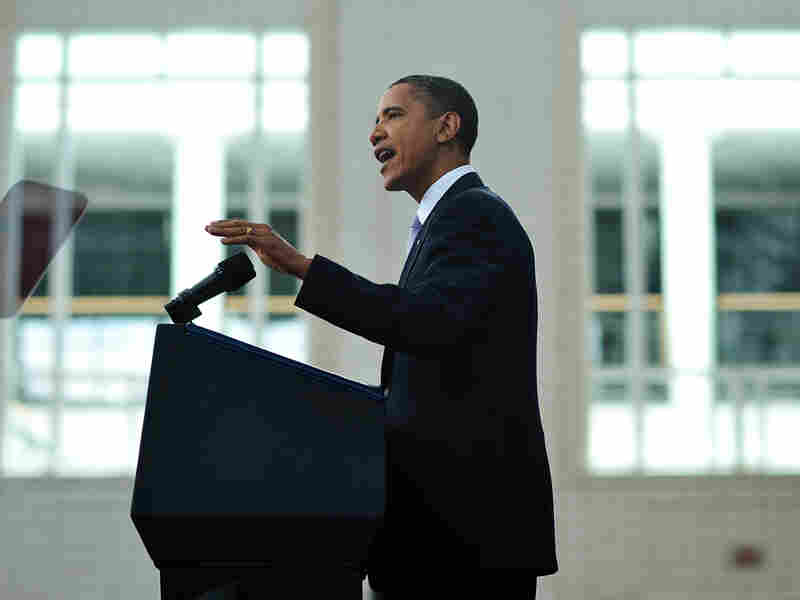 President Obama said he expects to see strong national job growth in May, as he spoke about the economy at Carnegie Mellon University in Pittsburgh. Mandel Ngan/AFP/Getty Images hide caption 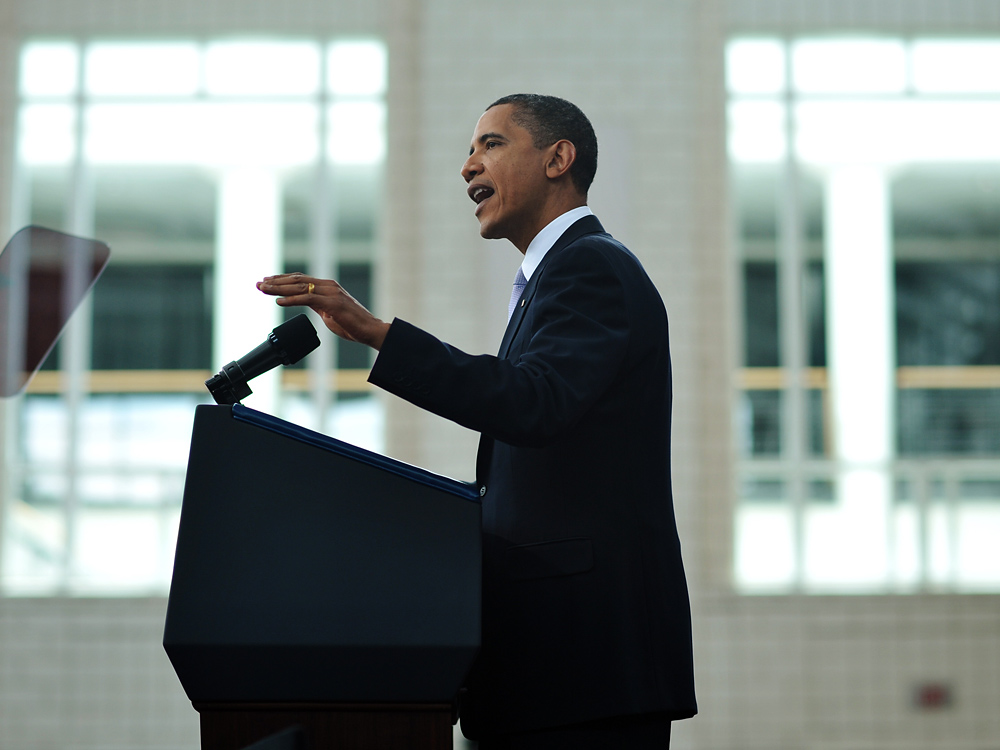 President Obama said he expects to see strong national job growth in May, as he spoke about the economy at Carnegie Mellon University in Pittsburgh.

President Obama says that stopping the oil spill in the Gulf of Mexico and containing its damage are, by necessity, his top priorities right now.

But Wednesday, Obama took time to discuss another pressing concern: the economy. Speaking at Carnegie Mellon University in Pittsburgh, he said the economy is moving in the right direction, no thanks to Republicans in Congress.

The economy does appear to be in the midst of a U-turn: Economic output is on the rise. Consumer confidence is up. When the employment report for May comes out Friday, it's expected to show more than half a million new jobs. And Obama is claiming some of the credit for that turnaround.

"This economy is getting stronger by the day," Obama said Wednesday. But, he cautioned, "that doesn't mean this recession is by any means over for the millions of Americans who are still looking for a job, or a way to pay the bills. Not by a long shot."

Obama says the nascent recovery still needs all the help the federal government can muster. That includes extended unemployment checks for people whose benefits have run out, more subsidies for health insurance, and more aid to cities and states, so dwindling tax revenues don't mean more layoffs for cops and schoolteachers.

"The economy is still fragile. So we can't put on the brakes too quickly," he said. "We have to do what it takes to ensure a strong recovery."

But Obama is beginning to meet resistance, even from members of his own party, who wonder how long the federal government can afford to keep pumping up the economy with borrowed money. Last week, the House had to scale back on a jobs bill in order to secure the votes of fiscally conservative Democrats.

Economist Diane Lim Rogers of the deficit watchdog Concord Coalition says it's time for the government to start thinking about how to gracefully withdraw its economic lifelines.

"We are in recovery. We just need to get to a place where we show signs that we have a plan to pay our bills," Rogers says. "And that is a concern right now -- that we don't have a plan."

Others argue that fixing the deficit can wait. Larry Mishel, who heads the labor-backed Economic Policy Institute, notes that unemployment is still painfully close to 10 percent. He would like to see the federal government borrow more money, if necessary, to put more people back to work.

"This is not the moment you want to switch to doing deficit reduction," Mishel says. "If you want to build a new foundation for growth, as the president suggests, first we need jobs."

That "new foundation" is a blueprint President Obama first sketched out more than a year ago, in a Georgetown University speech calling for fundamental changes in health care, education and Wall Street regulation.

On Wednesday, the president was able to boast of some progress on those fronts. Health care overhaul is now the law. And new rules for Wall Street could soon be enacted, as well.

But, Obama told his audience, "some of you may have noticed that we've been building this foundation without much help from our friends in the other party."

Obama countered -- in a theme likely to be repeated between now and November -- that there are times when only government can do what individuals can't, and what corporations won't.

"That's how we have Social Security, and a minimum wage, and laws to protect the food we eat and the water we drink and the air we breathe," Obama said. "That's how we have rules to ensure that mines are safe. And yes, that oil companies pay for the spills that they cause."

Obama used the BP oil spill to push for another plank in his new foundation: cleaner, alternative sources of energy. He promised his support for a comprehensive energy bill, now before the Senate, that would put a price on carbon emissions.

"The votes may not be there right now, but I intend to find them in the coming months," Obama said. "I will continue to make the case for a clean energy future, wherever and whenever I can."

Obama says that Senate bill includes Republican ideas, even though at this point, it has no Republican support.