Accessibility links
First Listen: Laurie Anderson, 'Homeland' The pieces on the singer's new record emerge from performances she's given on tour in recent years; they deal with foreign policy, freedom and cynicism with surprising and disarming humor. On Homeland, Anderson gets help from other provocative innovators, including Antony Hegarty, Lou Reed, John Zorn and Tuvan throat singers. Hear the album in its entirety until its June 22 release. 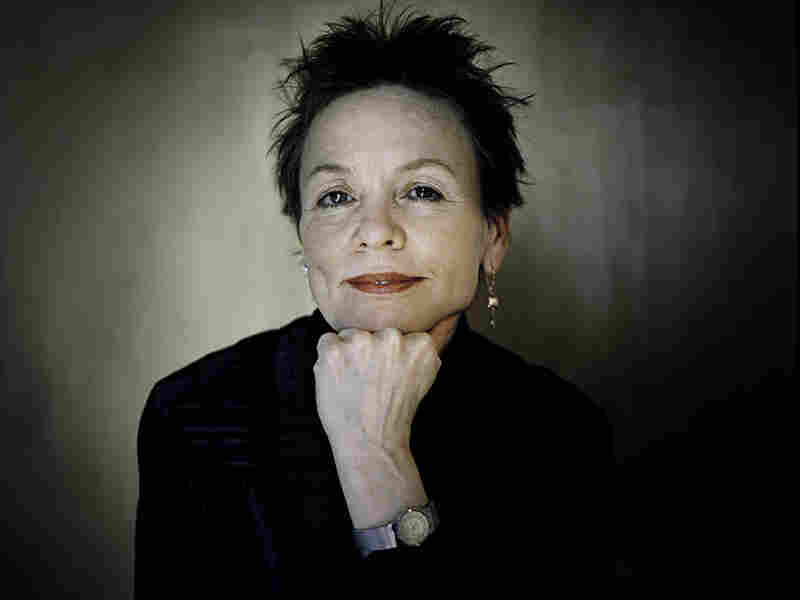 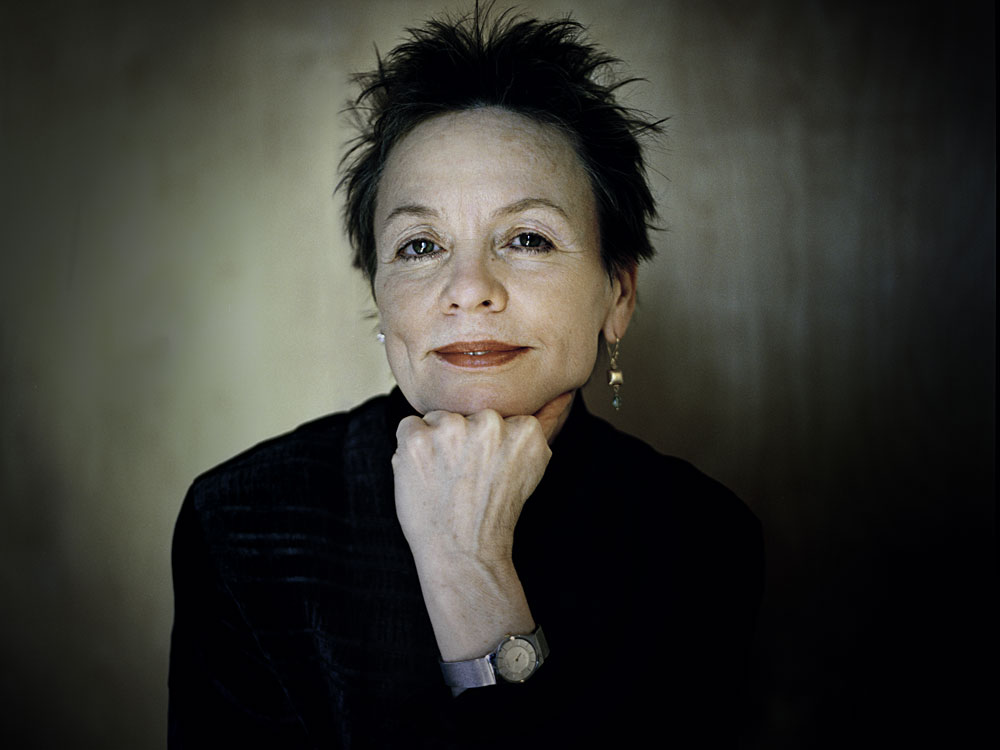 For those who've never heard Laurie Anderson's music, it's best to approach it like film: Listen to the words as dialogue; hear the music as a soundtrack or score. The music guides the stories, helps the characters unfold and sets the tone. You won't find any hits or hear a whole lot of catchy numbers, but there's a lot to take in and remember. This is all foreground music -- it doesn't recede into the background easily, if at all. Anderson makes art with sound, infused with politics that are personal. Hers aren't abstract statements; her politics have arms, legs and heart, without sloganeering or simple answers.

On her new album, Homeland, Anderson gets help from a lot of similarly provocative innovators: vocals by Antony Hegarty, Four Tet's Kieran Hebden on keyboards, Lou Reed on guitar, John Zorn on saxophone and vocal assistance from Tuvan throat singers. And, through application of an effect she calls "audio drag," Anderson even turns to her male alter ego, Fenway Bergamot.

Anderson's performance pieces can be mind-altering; when they work, they can change the way you see the everyday. The pieces on Homeland come out of performances she's given on tour in recent years, dealing with foreign policy, freedom and cynicism with surprising and disarming humor. It's not an everyday record, but Homeland does draw on the everyday, in new and inventive ways.

Homeland will stream here in its entirety until its release on June 22. Please leave your thoughts on the album in the comments section below.