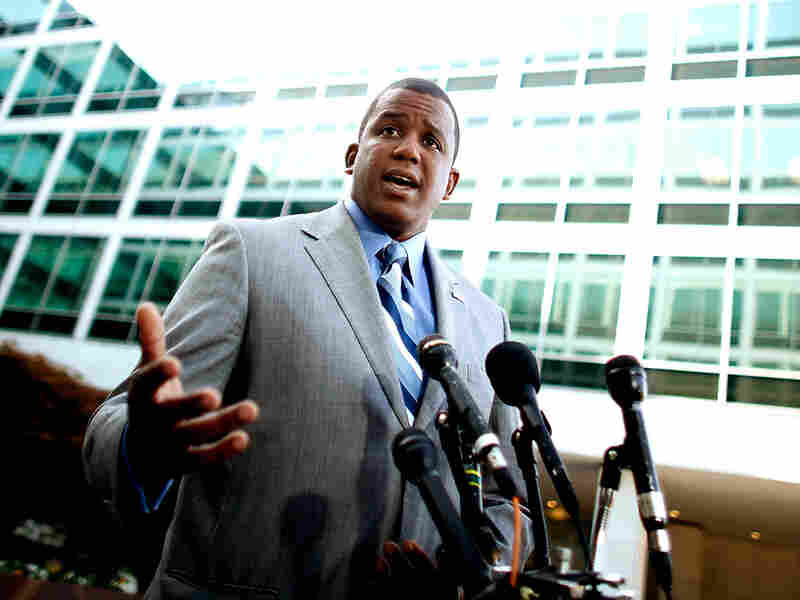 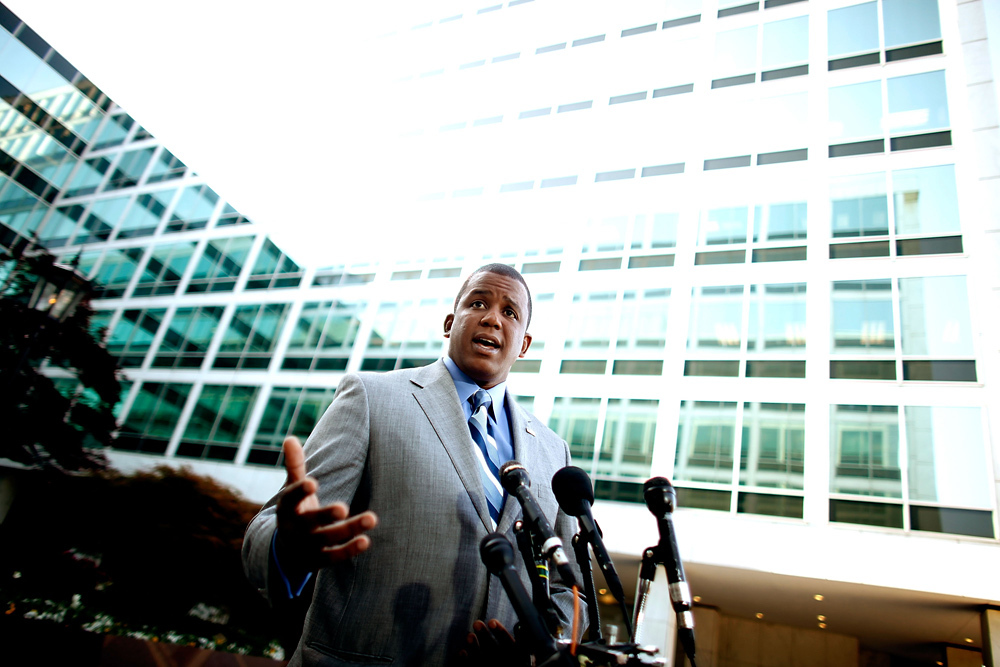 One of the most closely watched elections this fall will be for the open Senate seat in Florida. Up to now, most of the attention has been on the Republican side, where the momentum of conservative Marco Rubio forced the state's popular governor, Charlie Crist, to drop out of the primary and run as an independent.

For more than a year, Rep. Kendrick Meek has been running for the Democratic nomination, but he's still not that well-known outside of his South Florida congressional district. Meek has been in Congress for eight years now, holding a seat he all but inherited from his mom, Florida political icon Carrie Meek.

So far, Meek hasn't spent any money on ads, largely because he hasn't had to. Until recently, his only opponent was former Miami Mayor Maurice Ferre, who's raised little money and not had much impact.

But in the past few weeks, the race for the Democratic Senate nomination has changed. Meek is now facing a new challenger from within his party: billionaire real estate investor Jeff Greene.

On a recent afternoon in the clubhouse at Wynmoor Village, a retirement community north of Fort Lauderdale, the ballroom is almost full. This is the monthly meeting of the Wynmoor Democratic Club -- an important stop for any Democrat looking for votes in Broward County. Meek is the meeting's featured speaker.

"I'm running to be your next United States senator and I'm excited about that," he tells the crowd.

Meek's name recognition hasn't been helped by the battle between Crist and Rubio -- who for several months largely monopolized media coverage. But Meek says that in coming weeks, his candidacy will gain more visibility.

"People are going to get to know who I am on a grass-roots basis," Meek says. "We will run commercials. We will do all of those things that candidates do. But, we can't afford to do those things now in early June."

Meek's not doing bad on the fundraising front -- he has about $4 million on hand, roughly the same as Rubio and about half as much as Crist.

But Greene's entry into the Senate primary race has changed things.

Greene is a newcomer to politics, and to Florida. He made his money on credit default swaps that paid off when the subprime mortgage market went belly-up.

Since Greene entered the primary race last month, he's spent more than $1 million a week running ads statewide. In one spot, he focuses on helping Florida's economy. Painting himself as an outsider, Greene says, "I'm tired of career politicians who are only worried about their own jobs."

Mitch Ceasar, the chairman of Broward County's Democratic Party, says that even with Greene's controversial business background, he has the potential to change the race.

"And you have to take that candidacy seriously," Ceasar says. "Whether he spends the money wisely and runs the campaign intelligently remains to be seen. But anyone with an unlimited pocketbook has to be given respect."

Meek says he welcomes the primary challenge -- and that may be at least partially true. It's raised the Democratic race's profile, and is finally getting him some media coverage, in Florida and nationally.

But if he wins the Democratic nomination, Meek still faces many hurdles. No African-American has won statewide in Florida since Reconstruction. He also faces the possibility of losing Democratic voters to Crist, a former Republican who declared himself an independent. A recent survey showed Crist polling 5 points better among Democrats than Meek.

But Meek says to wait until the general election, when he'll be able to draw on the influence of the state Democratic Party and President Obama.

Still, there are other factors in the race. Meek has been forced repeatedly to explain what he knew about his mother's ties to a developer who has been charged with stealing $1 million in public and private loan money.

And then there's what some local bloggers call the "anybody but Rubio" effect. Unless Meek can show he's competitive, in the final weeks of the campaign, Democratic donors, fundraisers and voters may find the independent Crist more and more appealing.

LeMieux Won't Back Crist In Florida; Another Dem Gets In Race April 30, 2010
Florida's Crist Changes Dynamics Of Senate Race April 27, 2010