Accessibility links
The New Republic: Let Al And Tipper Gore Start Over Michelle Cottle says it is saddening that the Gores didn't turn out to be the til-death-do-us-part romance that we clamored for, but she says Al and Tipper are clearly thinking not in terms of the years behind but the years ahead.

The New Republic: Let Al And Tipper Gore Start Over

The New Republic: Let Al And Tipper Gore Start Over 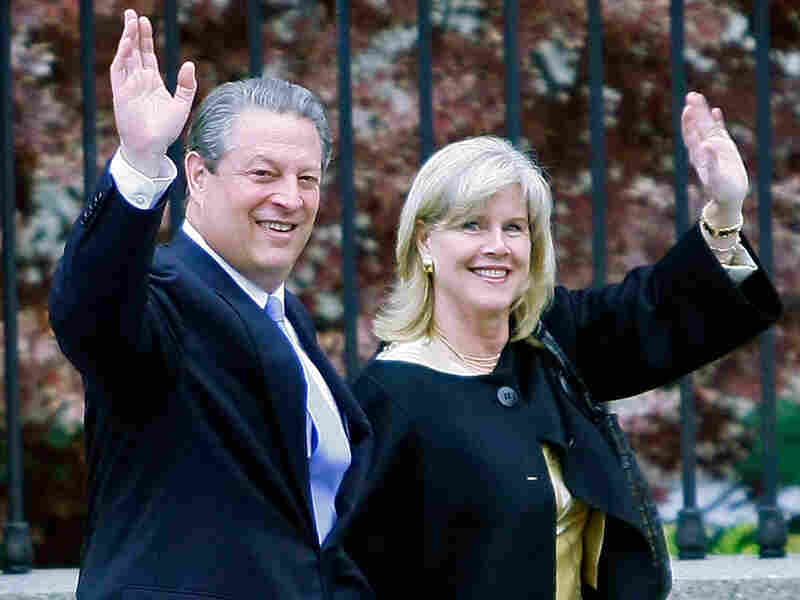 Former Vice President and Nobel Peace Prize winner Al Gore and his wife Tipper Gore wave as they walk down a sidewalk in Washington DC. The couple recently announced they will be ending their marriage. Mark Wilson/Getty Images hide caption 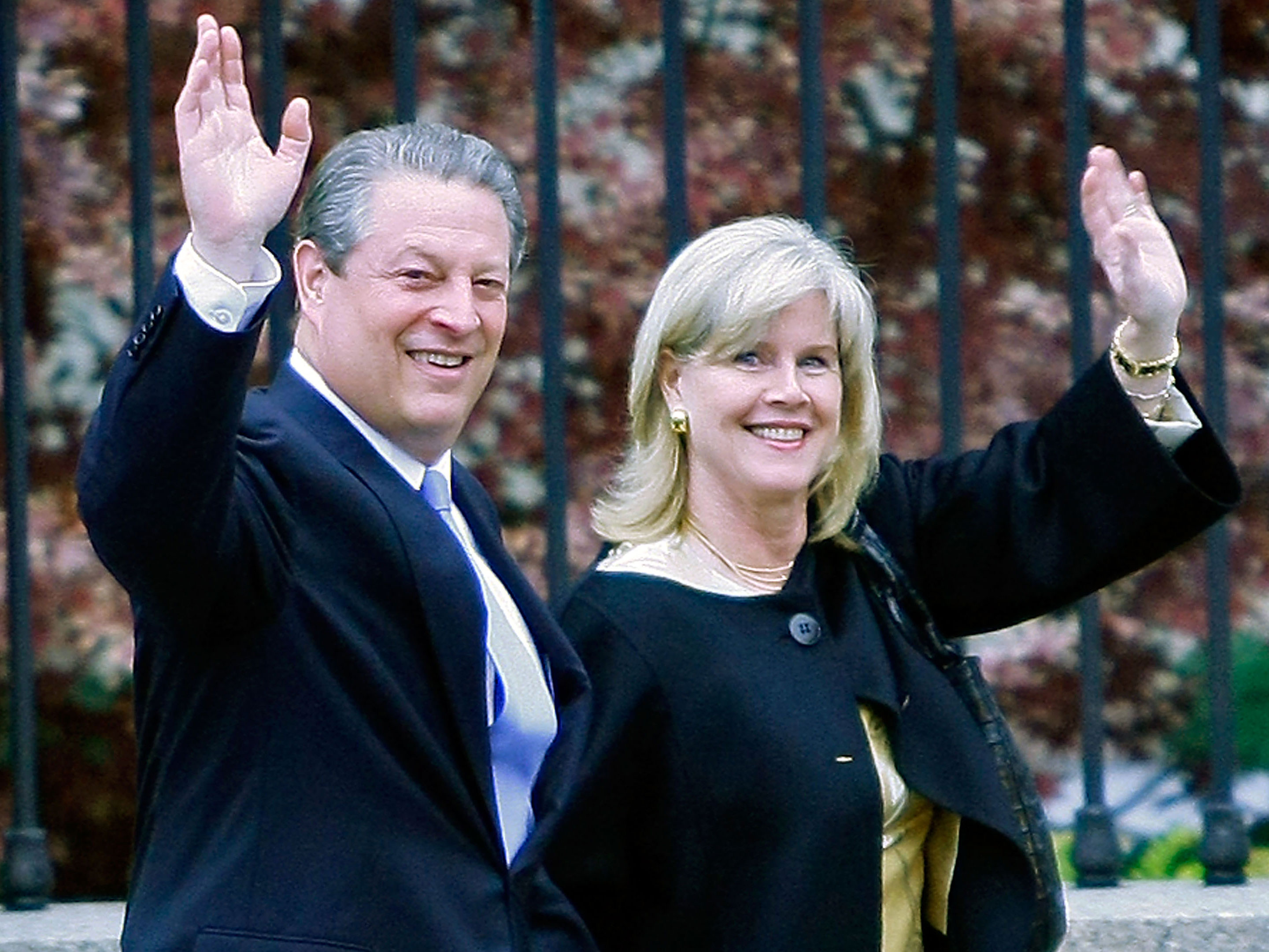 Former Vice President and Nobel Peace Prize winner Al Gore and his wife Tipper Gore wave as they walk down a sidewalk in Washington DC. The couple recently announced they will be ending their marriage.

The Gores always seemed to have a storybook marriage. They were Mom and Dad: reliable, comforting, occasionally goofy, and totally icky to watch mack in public. Their lives had plenty of high drama, but it never centered on their marriage. High school kids when they fell in love, the Gores long stood as (the increasingly rare) marital grownups on the political stage.

Now it is over. And the overwhelming response from the constitutionally snarky Beltway crowd -- regardless of ideology -- is neither outrage nor schadenfreude but sadness. This split, in a way arguably unique in recent memory, has touched off a widespread mourning among the chattering class, a mix of shock, depression, and disquiet. "Al and Tipper Gore's separation makes us fear for our parents, ourselves," wailed a Washington Post headline. (Opening entreaty: "Please Al and Tipper don't do this. For our sakes -- don't.") Or as Salon's Rebecca Traister bemoaned, "You get through forty years -- of ill-behaved children and ill-behaved bosses and stolen elections -- and then you split? This is precisely the kind of mysterious and inexplicable narrative of marriage thing that scares the bejesus out of people who are newly or not yet married. Forty years?"

This may in fact be the most common theme now circulating: After all these years, after all they've been through together, why throw in the towel now? Note this rambling exchange Wednesday between "American Morning" co-anchors John Roberts and Kiran Chetry:

ROBERTS: It really is -- it's such a shock. It's so sad and it's really kind of disappointing, too.

CHETRY: Yes. When you make it through so much in life, and then --

ROBERTS: What's the purpose in breaking up? Wow.

On some level, the question makes perfect sense. But, more than offering insight into the Gore's domestic life, it challenges our most basic assumption about marriage: namely, that it is something you work at for years -- enduring all sorts of trials and tribulations -- so that you'll have someone to grow old with. Yeah, marriage can be tough, at times even heartbreaking. But no one wants to die alone, right? So what in god's name is going on when a couple goes through all this stuff together -- much of it in the unblinking hell of the public eye -- only to bail out when the home stretch is finally coming into view? The kids are all grown. The grandkids are toddling around waiting to be spoiled rotten. The professional grind is largely behind them. They have damn little left to prove to anyone. Why discard the life they've built and start from scratch?

But here's the thing: While four decades is an impressive chunk of time to spend together, it is not the lifetime it once was, when people viewed 60 as the start -- or even shank -- of their golden years. Al (62) and Tipper (61) are, as many have pointed out this week, Baby Boomers. And while I don't buy the nutty notion, floated by some history professor in The New York Times, that divorce is "the iconic Baby Boomer act" and this split is part of Gore's "psychic competition" with Bill Clinton over who is more representative of their generation, in marriage as in everything, Boomers don't see 60 as the time to kick back and settle into the big fade. Just because Al and Tipper weathered 40 years together doesn't mean they have the inclination to try for another 20 -- or 30.

As for the argument that they have already been through so much, that cuts both ways. An awful lot of baggage can pile up over 40 years. (Hell, most couples I know have amassed a scary amount after a mere 10 or 15.) Once you no longer have to worry that separating will scar the kids or derail your career, maybe starting all over again seems less rather than more daunting. And it's not as though the split cancels out those decades. The shared experience will be with both of you forever (which, let's face it, may well be a big part of the desire to move on).

It is disappointing, of course, that the Gores didn't turn out to be the til-death-do-us-part romance that we, from the looks of the public response, so desperately needed them to be. (Perhaps no one craves marital idols more than we who spend our days watching self-important pols chase tail and discard wives like used Kleenex.) But still I can't bring myself to join in the chorus of Why now, after everything? Al and Tipper are clearly thinking not in terms of the years behind but the years ahead. For them, there is still a whole lot of "everything" to come. It may not be the fairy tale, but it is a classically American tale, with its themes of hope and promise and new beginnings.

Even if it does depress the hell out of the rest of us.