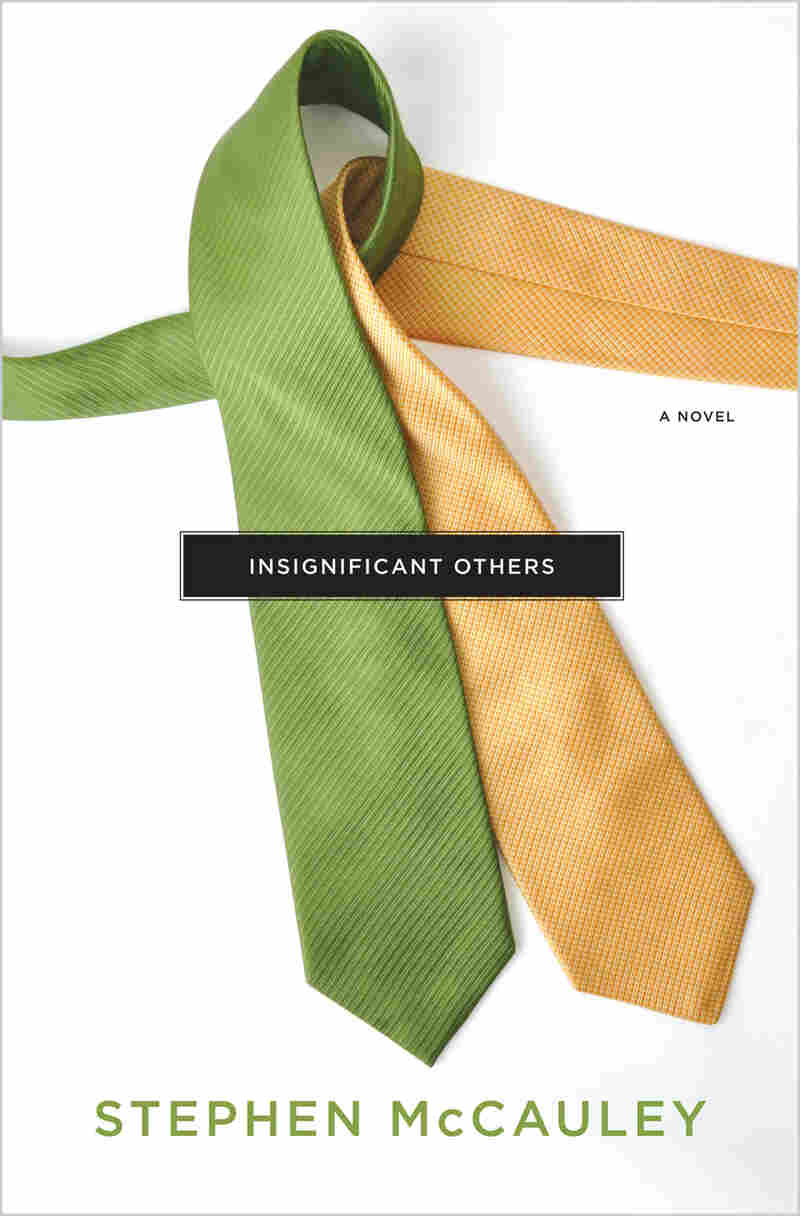 Beginning with his delightful 1987 debut, The Object of My Affection, Stephen McCauley has helped revive and update the modern comedy of manners by unleashing his considerable wit on unconventional domestic arrangements. His is a world where gay men fall in love with married straight men, straight women are drawn inconveniently to gay partners, and even people who do not always behave admirably still elicit our sympathies.

Following his highly praised Alternatives to Sex, which concerned real estate and the rub between the desire to do good versus the even stronger desire to feel good, his sixth novel, Insignificant Others, takes a gently satiric look at what it means to see someone on the side of a serious relationship, and whether there really is such a thing as an insignificant other.

McCauley's narrator, Richard Rossi, is a 50-something, gym-addicted psychologist and social worker who gave up private practice for a well-paying but soulless job in human resources at a Massachusetts software company called Connectrix. Having lost the HIV-positive love of his life to an unrelated melanoma, he's been living for eight years with blond, arrogant, younger but no longer young Conrad Mitchell, an art consultant for wealthy clients. When Richard discovers that Conrad has been seeing an older man on his business trips to Columbus, Ohio, he's not entirely surprised. In fact, he can hardly object, as he himself has been meeting a still-closeted married man, Ben, for the past three years in an apartment they call the Club, for long lunches that are "like a series of one- and two-hour vacations on a calm, lovely island." 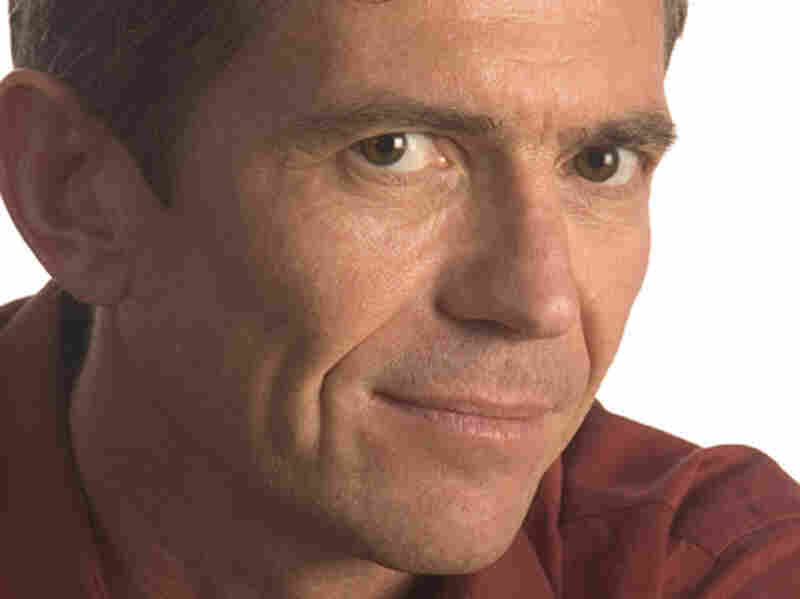 Stephen McCauley is the author of six novels, including The Object of My Affection. hide caption 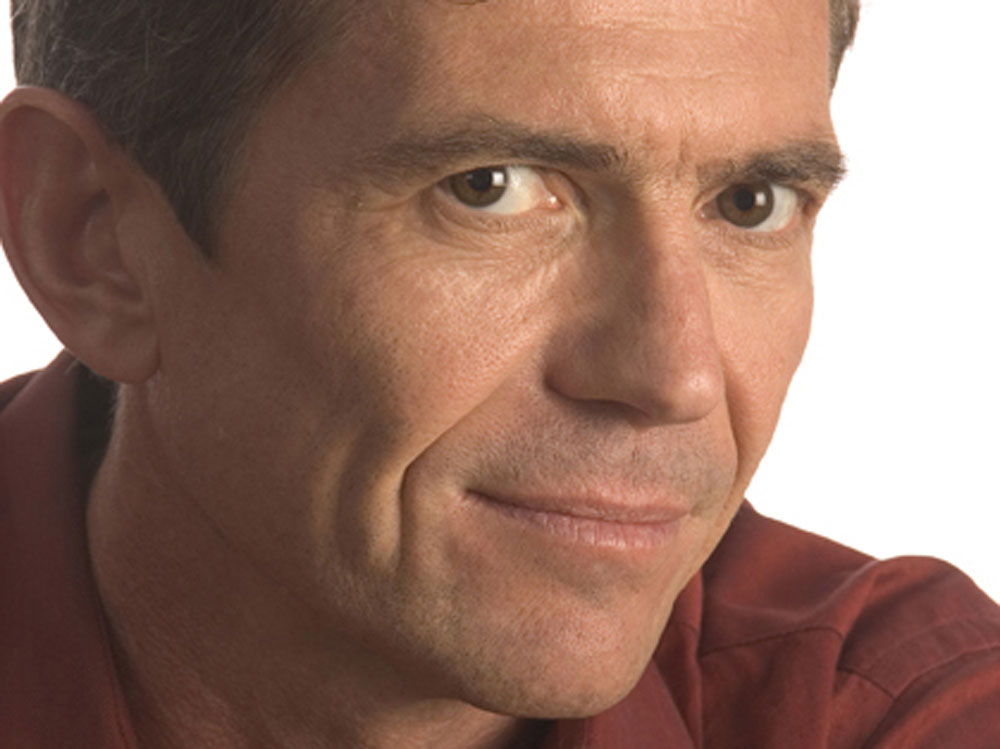 Stephen McCauley is the author of six novels, including The Object of My Affection.

Richard consoles himself about life's disappointments -- including the limits of his relationships with both Conrad and Ben -- with what he calls his "At Least List … a litany of compensatory clauses" that "helped me believe I was organizing my disappointments and betrayals, a lesser accomplishment than overcoming them but better than nothing." Some typical examples: "My funds are going down, but at least I've still got money to lose"; "My face might look like a topographical map of the Andes, but at least I don't have skin cancer"; or, cutting closer to the core, "We officially ended things, but at least I told him how I felt about him."

McCauley is a sparkling writer. He tosses off witticisms with the alacrity of a Noel Coward and Oscar Wilde freed from cultural restraints on homosexuality. His protagonist describes a golf swing as "a spinal twist, yoga without the spiritual claptrap," and comments about his elastic definition of monogamy: "Even though it's usually not acknowledged, at a certain point in most relationships, discretion supplants fidelity as a guiding virtue."

Set during the Bush years, which Richard equates with the waning of the American empire and a loss of "moral authority," Insignificant Others is also (on a deeper level) about being "headed for a fall" and regaining one's moral bearings just in time.

When I learned that Conrad, my partner of eight years, was seeing someone on the side, I wasn't completely surprised. A couple of years earlier, I'd noticed that the word "monogamy" had fallen out of our vocabulary, and I assumed he had as many reasons for no longer using it as I did. Even though it's usually not acknowledged, at a certain point in most relationships discretion supplants fidelity as a guiding virtue.

The slow, silent fade of monogamy in our lives reminded me of something that had happened with a particularly flavorful baked chicken dish we used to make. The chicken was spiced with cumin and ground caraway seeds, preserved lemons, and a handful of musky herbs I'd picked up at a Lebanese grocery store. It filled the entire apartment with a smell that was both exotic and homey, and it came out of the oven glistening, looking nourishing and vaguely pornographic. Conrad and I both liked it a lot -- after the third or fourth year of cohabitation, it was among the few things we agreed upon wholeheartedly -- and he or I ended up cooking it a couple of times a month. I took a great deal of comfort and delight in sitting across the table from him and talking in bland terms, like a long-married and slightly bored couple, about the honest pleasures of the meal. Then one day, I was rummaging around in the kitchen cabinets and came across the ground caraway seeds and realized that without discussing it or consciously crossing it off a list, we hadn't served it in over a year. I suppose both of us just got tired of the wonderful flavor. It happens.

While we'd stopped using the word "monogamy," significantly, we hadn't stopped using words of affection and fondness. We hadn't stopped saying "I love you" at the end of long-distance phone calls or when one of us was half asleep and wanted to signal the other to turn out the lights. Surely, those were the more important points. Conrad frequently traveled for work, and when business was good, he sometimes spent ten or more days a month out of town. How could I have been surprised that he had an Insignificant Other as a source of entertainment? There are only so many ways to amuse yourself in a hotel room, and Conrad had never been a big one for CNN.

It was my own fault I learned about the I.O. Conrad had been striving for discretion. I was dashing around our bedroom stuffing my clothes into a backpack on a winter night, running late for an exercise class at one of the gyms I belong to, when I heard the buzzing of his cell phone. I was so shocked to realize it was on the bureau and not with him as it always seemed to be, and so distracted by my own uncharacteristic tardiness, I picked it up. There was a text message on the screen from an Ohio area code that read: Can't fucking WAIT for you to get here. Conrad was leaving for Columbus in two days.

Conrad Mitchell and his friend Doreen McAllister ran Mitchell and McAllister, a consulting business. They traveled to cities all over the country where there was lots of new money and an attendant lack of taste -- they practically lived in Florida and Texas -- and advised people building multimillion-dollar houses on the artwork they should hang on their expensive walls. I could understand a client being excited about acquiring a Warhol, but the caps, even more than the "fucking," were a dead giveaway that the message was about something else.

Because he traveled so much, and because he was a highly organized and precise person, Conrad kept a small suitcase packed with toiletries, handkerchiefs, and clean underwear in the closet. It was an expensive black leather item capable of consuming vast quantities of clothes and supplies without ever appearing bloated. It was aging well, too -- in any case, better than I was. From where I stood at the bureau in our small bedroom, I could see the suitcase leaning against the paper-bag-colored wall. (Conrad had chosen a hypermasculine decor and color scheme for the bedroom, an example of protesting too much, I'd always thought.) Suddenly, the black valise had a malevolent appearance, like a slim priest who was hiding explosives under his cassock.

Conrad was at the dining room table organizing a portfolio by slipping photographs of paintings and expensive sculptures into plastic covers, his lank and pretty blond hair hanging across his face. I left the apartment without mentioning the text message, hoping he wouldn't be able to tell I'd seen it. I wasn't eager to admit I'd looked at his phone, and more to the point, I didn't want to open up a discussion that would make me late for class. After decades of perpetually running behind schedule by eight or ten minutes, I'd reset my inner clock a few years earlier and was now fanatically punctual. Being prompt is one of those lesser qualities -- like sending thank-you notes, wearing deodorant, and tipping the mailman at Christmas -- that you can will into being with a little discipline. They don't rank up there with Talent, Intelligence, and Goodness, but past the age of fifty, they become essential if you want to get invited to dinner parties or have your sagging jowls overlooked.

No matter what, I was never late for exercise class. For about four years, I'd been struggling with a minor compulsion related to working out. At times it was a heavy burden, but it did have its advantages. Sneaking off to the gym six or more times a week to lift weights, take spinning classes, and listen to my personal trainer's relationship problems took up a lot of time I could have spent studying a language or reading George Eliot, but on the plus side, even at my fifty-something stage of life, I never had to worry about all the time it otherwise would have taken me to get back in shape.

The gym I belonged to near the Beacon Hill condo Conrad and I shared -- versus the one I belonged to near my office in Cambridge -- was a grimy basement, and the spinning classes were held in a corner room without light or ventilation. I appreciated the darkness and the privacy it conferred. The only people who crow about spending as much time as I do exercising are the ones who never get off the couch. Those of us who can't stop ourselves tend to exercise furtively and try to pass off our lean bodies as the product of genetics. As I pedaled in the dark, getting nowhere, trying to tune out the shrill voice of the instructor and the thumping music that I liked to pretend I was speeding away from, I reasoned that I had little to worry about. Conrad's eager friend lived in Columbus. I'd been to Columbus a number of times and had nothing against the city, but knowing Conrad's limpid snobbery, I knew someone from there was not a threat the way a paramour from New York or Los Angeles would have been. 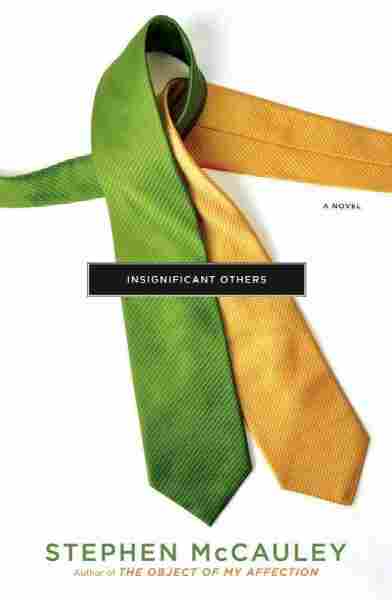