Accessibility links
John Grisham Tackles Writing Suspense For Kids In Theodore Boone: Kid Lawyer, the best-selling author writes about a 13-year-old amateur attorney. Grisham says writing his first book for young readers was a challenge because he didn't want to talk down to his audience. He tells NPR's Michele Norris that kids are "a tougher crowd" than adults. 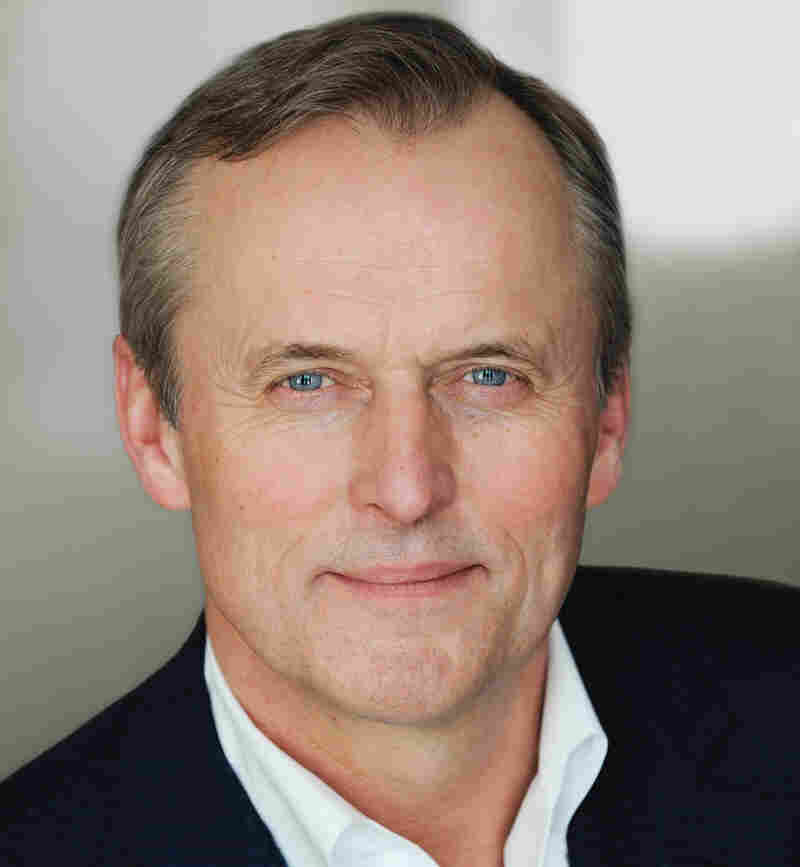 John Grisham is the author of 24 books, including The Firm and The Pelican Brief. The legal thriller Theodore Boone is his first children's book. Bob Krasner hide caption 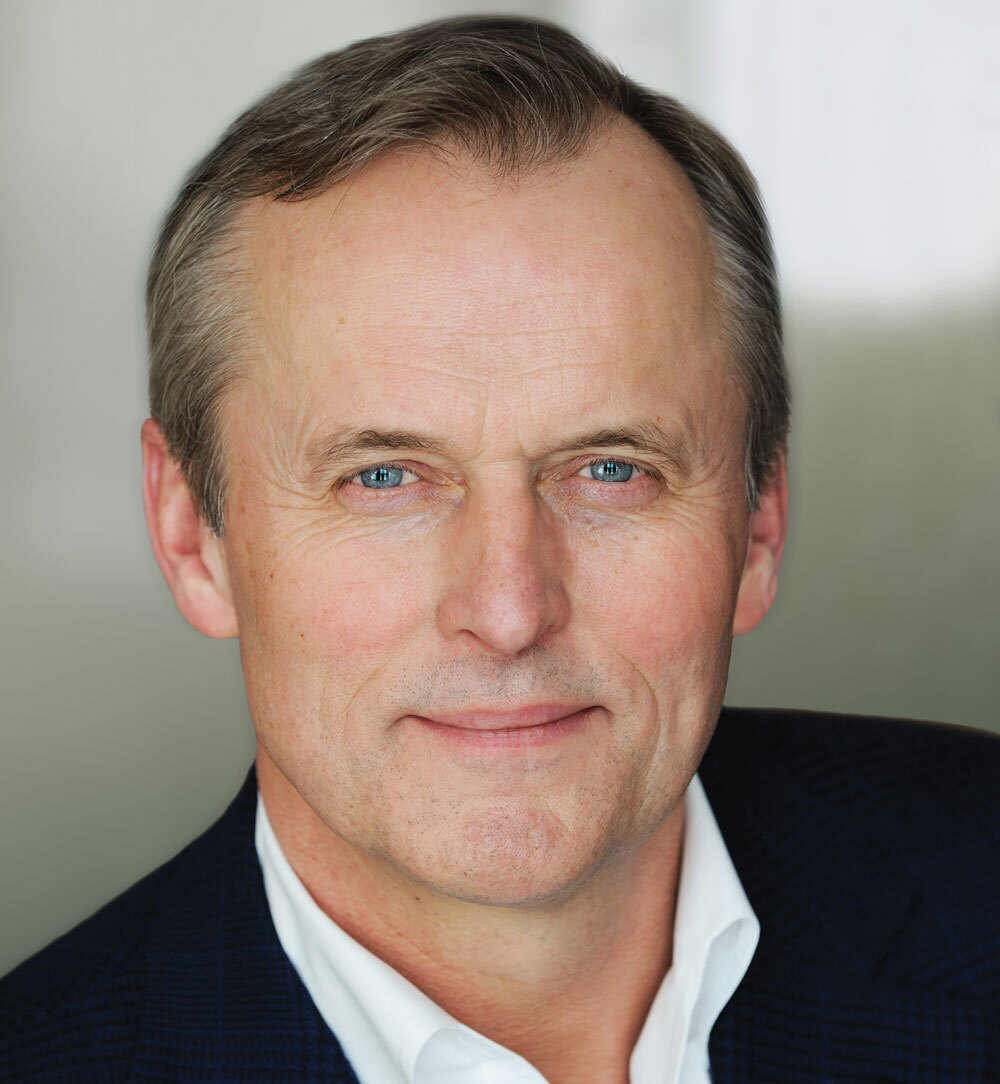 John Grisham is the author of 24 books, including The Firm and The Pelican Brief. The legal thriller Theodore Boone is his first children's book.

Best-selling author John Grisham has written another legal thriller -- and this one is for kids.

Grisham has 24 books under his belt, many of which were turned into movies, including The Pelican Brief and A Time To Kill. But he says writing for a young audience created a special challenge, mostly because he didn't want to underestimate their abilities.

"It's not necessarily any easier than adult fiction," Grisham tells NPR's Michele Norris. "It's easier in that it's shorter; the plot is not nearly as complicated.

"But the biggest challenge I found was the ability to try to tell the story without talking down to kids. Because I think that's what a lot of writers do, and they don't like it. Kids don't like it. They want you to treat them as your equal and tell them the story."

The book, Theodore Boone: Kid Lawyer, focuses on a 13-year-old only child who loves everything about the legal system. His parents are lawyers who have a small firm, Boone & Boone, where Theo also has an office. There, Theo gives legal advice to his friends -- and he gets into all kinds of trouble, Grisham says. 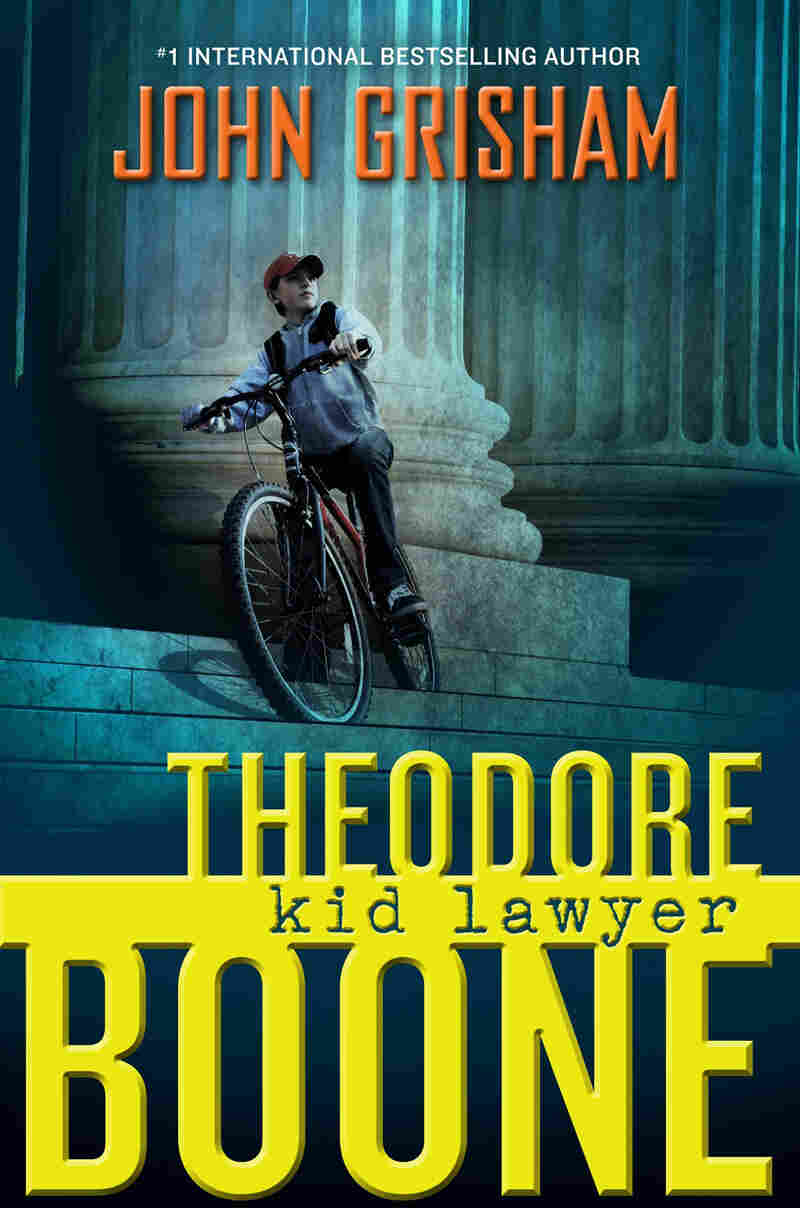 At first, Grisham says, he was reluctant to put Theo in actual physical danger, so he toned down his suspense. But an editor at Penguin who read his first draft told him it's OK to put kids in danger.

"I remember thinking back to my favorite book as a kid, which was The Adventures of Tom Sawyer [by Mark Twain]. And I loved that book, and I loved it when I was 12 years old. Tom and Huck were always in trouble, often in danger, and it made the story that much more entertaining," he says.

The suspense in Theodore Boone: Kid Lawyer builds after someone in town is murdered. Theodore's classmate Julio, who is from El Salvador, lives in a homeless shelter where Theo and his parents serve food. And Julio's cousin, an illegal immigrant, may have seen something "that he was not expecting to see" at the time the murder occurred, Grisham says.

Grisham says in writing such plots -- and he hints that there may be another kids' book in the works -- he has to remind himself of the world he is portraying.

"Who am I writing for? I've never had to think about that before," he says. "With 24 books now, I've never thought about who the audience is. It's always been, you know, the audience, adult fiction. This is a lot different. I think this is a tougher crowd."

Theodore Boone was an only child and for that reason usually had breakfast alone. His father, a busy lawyer, was in the habit of leaving early and meeting friends for coffee and gossip at the same downtown diner every morning at seven. Theo's mother, herself a busy lawyer, had been trying to lose ten pounds for at least the past ten years, and because of this she'd convinced herself that breakfast should be nothing more than coffee with the newspaper. So he ate by himself at the kitchen table, cold cereal and orange juice, with an eye on the clock. The Boone home had clocks everywhere, clear evidence of organized people.

Actually, he wasn't completely alone. Beside his chair, his dog ate, too. Judge was a thoroughly mixed mutt whose age and breeding would always be a mystery. Theo had rescued him from near death with a last-second appearance in Animal Court two years earlier, and Judge would always be grateful. He preferred Cheerios, same as Theo, and they ate together in silence every morning.

At 8:00 a.m., Theo rinsed their bowls in the sink, placed the milk and juice back in the fridge, walked to the den, and kissed his mother on the cheek. "Off to school," he said.

"Do you have lunch money?" she asked, the same question five mornings a week.

"And your homework is complete?"

"Be careful," she said. "And remember to smile." The braces on his teeth had now been in place for over two years and Theo wanted desperately to get rid of them. In the meantime, though, his mother continually reminded him to smile and make the world a happier place.

Theo, still smiling in spite of being called "Teddy," flung his backpack across his shoulders, scratched Judge on the head and said good-bye, then left through the kitchen door. He hopped on his bike and was soon speeding down Mallard Lane, a narrow leafy street in the oldest section of town. He waved at Mr. Nunnery, who was already on his porch and settled in for another long day of watching what little traffic found its way into their neighborhood, and he whisked by Mrs. Goodloe at the curb without speaking because she'd lost her hearing and most of her mind as well. He did smile at her, though, but she did not return the smile. Her teeth were somewhere in the house.

It was early spring and the air was crisp and cool. Theo pedaled quickly, the wind stinging his face. Homeroom was at eight forty and he had important matters before school. He cut through a side street, darted down an alley, dodged some traffic, and ran a stop sign. This was Theo's turf, the route he traveled every day. After four blocks the houses gave way to offices and shops and stores.

The county courthouse was the largest building in downtown Strattenburg (the post office was second, the library third). It sat majestically on the north side of Main Street, halfway between a bridge over the river and a park filled with gazebos and birdbaths and monuments to those killed in wars. Theo loved the courthouse, with its air of authority, and people hustling importantly about, and somber notices and schedules tacked to the bulletin boards. Most of all, Theo loved the courtrooms themselves. There were small ones where more private matters were handled without juries, then there was the main courtroom on the second floor where lawyers battled like gladiators and judges ruled like kings.

The main lobby was already busy on this Monday morning, as if the lawyers and their clients wanted an early start to the week. There was a crowd waiting by the elevator, so Theo raced up two flights of stairs and down the east wing where Family Court was held. His mother was a noted divorce lawyer, one who always represented the wife, and Theo knew this area of the building well. Since divorce trials were decided by judges, juries were not used, and since most judges preferred not to have large groups of spectators observing such sensitive matters, the courtroom was small. By its door, several lawyers huddled importantly, obviously not agreeing on much. Theo searched the hallway, then turned a corner and saw his friend.

She was sitting on one of the old wooden benches, alone, small and frail and nervous. When she saw him she smiled and put a hand over her mouth. Theo hustled over and sat next to her, very closely, knees touching. With any other girl he would have placed himself at least two feet away and prevented any chance of contact.

But April Finnemore was not just any girl. They had started prekindergarten together at the age of four at a nearby church school, and they had been close friends since they could remember. It wasn't a romance; they were too young for that. Theo did not know of a single thirteen-year-old boy in his class who admitted to having a girlfriend. Just the opposite. They wanted nothing to do with them. And the girls felt the same way. Theo had been warned that things would change, and dramatically, but that seemed unlikely.

April was just a friend, and one in a great deal of need at the moment. Her parents were divorcing, and Theo was extremely grateful his mother was not involved with the case.

The divorce was no surprise to anyone who knew the Finnemores. April's father was an eccentric antiques dealer and the drummer for an old rock band that still played in nightclubs and toured for weeks at a time. Her mother raised goats and made goat cheese, which she peddled around town in a converted funeral hearse, painted bright yellow. An ancient spider monkey with gray whiskers rode shotgun and munched on the cheese, which had never sold very well. Mr. Boone had once described the family as "nontraditional," which Theo took to mean downright weird. Both her parents had been arrested on drug charges, though neither had served time.

"Are you okay?" Theo asked.

She had an older brother named August and an older sister named March, and both fled the family. August left the day after he graduated from high school. March dropped out at the age of sixteen and left town, leaving April as the only child for her parents to torment. Theo knew all of this because April told him everything. She had to. She needed someone outside of her family to confide in, and Theo was her listener.

"I don't want to live with either one of them," she said. It was a terrible thing to say about one's parents, but Theo understood completely. He despised her parents for the way they treated her. He despised them for the chaos of their lives, for their neglect of April, for their cruelty to her. Theo had a long list of grudges against Mr. and Mrs. Finnemore. He would run away before being forced to live there. He did not know of a single kid in town who'd ever set foot inside the Finnemore home.

The divorce trial was in its third day, and April would soon be called to the witness stand to testify. The judge would ask her the fateful question, "April, which parent do you want to live with?"

And she did not know the answer. She had discussed it for hours with Theo, and she still did not know what to say.

The great question in Theo's mind was, "Why did either parent want custody of April?" Each had neglected her in so many ways. He had heard many stories, but he had never repeated a single one.

"What are you going to say?" he asked.

"I'm telling the judge that I want to live with my aunt Peg in Denver."

"I thought she said no."

"My mother would say that you should choose your mother. I know she's not your first choice, but you don't have a first choice."

"But the judge can do whatever he wants, right?"

"Right. If you were fourteen, you could make a binding decision. At thirteen, the judge will only consider your wishes. According to my mother, this judge almost never awards custody to the father. Play it safe. Go with your mother."

April wore jeans, hiking boots, and a navy sweater. She rarely dressed like a girl, but her gender was never in doubt. She wiped a tear from her cheek, but managed to keep her composure. "Thanks, Theo," she said.

"And I wish I could go to school."

They both managed a forced laugh. "I'll be thinking about you. Be strong." 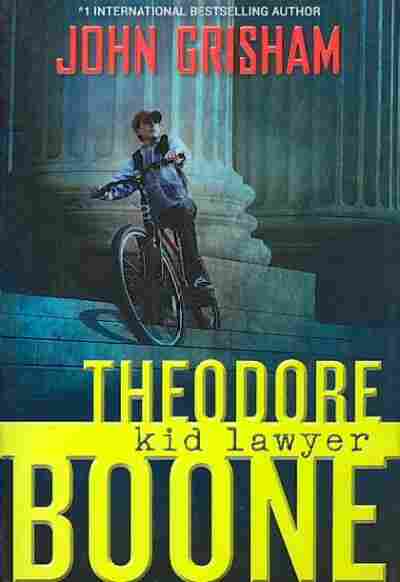