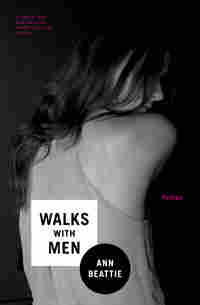 In 1980, in New York, I met a man who promised me he'd change my life, if only I'd let him. The deal was this: he'd tell me anything, anything, as long as the information went unattributed, as long as no one knew he and I had any real relationship. At first it didn't seem like much of a deal, but my intuition told me he knew something I didn't yet know about the way men thought -- and back then, I thought understanding men would give me information about the way I could make a life for myself. I liked his idea that nobody would know we meant anything to each other: not the college where he taught, or the magazine where he was on staff. Not my boyfriend in Vermont.

"You give me information, and I give you what?" I said.

"You give me a promise that nobody can trace anything back to me. I explain anything you want to know about men, but nobody can know I'm the source of your information."

"You think men are that special?"

"A different species. One I understand very well because I've sheltered myself there to stay out of the rain," he said. "You're smart, but you're missing basic knowledge that will eventually stop you dead in your tracks."

"Nobody talks to anybody this way," I said.

He said (thumb gently rubbing my wrist): "You don't think I know that?"

Neil had been the writer assigned to provide a perspective on statements I'd made when I was interviewed by the New York Times, about why my generation was so disillusioned, but unlike most subjects and commentators, we met. Soon afterwards, he made his offer, and I didn't say no. I was interested. I'd only had two long-term relationships, and I had never had an affair.

We walked in the rain. I wore a Barbour jacket Neil bought for me on Lexington Avenue, in a store on the same block as my hotel. He expressed shock that I, a person of such good taste, didn't already have one. This was the second time we'd met, and it wasn't exactly a romantic occasion. He'd rounded me up at Mount Sinai after I had a laparoscopy. It was a minor procedure: in in the morning, out by early afternoon; apparently, my wooziness and vomiting on the sidewalk had not been anticipated by the doctors because it was not part of the usual scenario. ("A different species.")

Neil and I had first met at lunch, when an editor of the Arts and Leisure section of the New York Times suggested the three of us get together (there had been quite a few letters to the editor after my interview, and his "perspective" piece). When he found out I had plans to return to New York later in the month, he insisted on meeting me at the hospital. Afterwards, we took a cab to my hotel and sat shoulder-to-shoulder on the love seat staring into an empty fireplace with a sign above it saying that under no circumstances should the fireplace be lit (did they imagine travelers might get into a snit and destroy old love letters, or that they packed logs?). I felt woozy and headache-y; Neil -- who I would soon find out thought often about presents, as ways to cheer people up -- started thinking aloud, saying that while I called my mother and stepfather to tell them I was okay, he would go out and get me a better scarf to go with my jacket. What was that nubbly wool thing around my neck? It should be used to buff a car. And wasn't the hotel room drab? ("Never trust a hotel that's been renovated until the second year.") Thus began my tutorial: a young woman who'd graduated from Harvard with honors, considering the advice of an older man. The medical procedure had gone well; I was okay, what about a glass of wine (he called it "a drink," and told me that announcing what drink you'd order wasn't done: one always said, simply, "a drink") at the bar downstairs, and then he would tuck me in bed and get me a Burberry scarf -- durable and stylishly understated; good enough for the Queen, it should be good enough for me -- and then we could prop up in bed and begin our more serious talk. If I thought of the right questions, he promised to give honest answers, and . . . what? Everything would be known, between someone who was about to turn twenty-two, and the older man she was infatuated with, who was forty-four, all in the honorable cause of the young woman's enlightenment, so she would no longer make the mistakes she had made -- might continue to make -- if someone (Neil), the right person, didn't intervene?

Italics provide a wonderful advantage: you see, right away, that the words are in a rush. When something exists at a slant, you can't help but consider irony.

I became something of an overnight sensation, when I was twenty-one, for an interview I gave the New York Times, in which I -- one of that year's summa cum laude Harvard graduates -- disparaged my Ivy League education, at graduation, in the presence of President Jimmy Carter, and stated my intentions to drop out and move to a farm in Vermont. Neil, a Barnard professor, had been hired to elucidate the issue of my generation's dissatisfaction with the Establishment, writing a piece for the Times in which he contextualized my angst by quoting Proust, Rilke, Mallarmé, and Donald Barthelme. Then -- though it had not been implied in the assignment -- he concluded the piece by offering me a return to "the old ways," with a facetious proposal of marriage. I dropped him a note when I read it, saying I'd let him know my answer soon. I didn't get it: the ironies within ironies, certainly not the fact that he was only sending up a speculative thought balloon that I mistook for an advertising dirigible.

At the time this relationship began, I had been living in a tiny town in Vermont with a man named Benjamin Greenblatt, who'd graduated from Juilliard and gone to work on a dairy farm, doing chores, growing and canning vegetables, and milking goats to make cheese (a fisherman; a wanderer; a hiker; a sometimes poet; a bass player). By the time I met Neil, though, the novelty of living in the country had worn off, and I was tired of trying to learn to play the pump organ so I could accompany Ben singing lyrics he wrote on napkins and notepads, or took down in shorthand on the palm of his hand. I'd had a yearlong bellyache I didn't think was metaphorical, and had finally been referred by a doctor in Burlington to an OB-GYN (courtesy of my stepfather's intervention) in New York.

The day I met Neil, I had almost signed with a literary agent who'd contacted me after the Times piece, and was scheduled, after lunch, to go to the studio of a photographer at the Gulf & Western Building near Columbus Circle. There was instant chemistry between Neil and me, and the presence of the section editor who was with us that afternoon was as annoying as a soggy cocktail napkin. I went to the photographer's studio (the agent wanted me to have good photographs in hand; I didn't think about the fact that she gave me no writing assignment), then met Neil at the place he'd written inside the matchbook: Grand Central. Not anywhere specific, just "G. Central." He did not mention what time I should be there. I imagined he must know how long it would take to be photographed. When it was over, I rode the subway (good instructions from the photographer) and entered the station. I scanned the huge space, then stood by the Information booth, having decided on the most predictable meeting place. Eventually he came toward me, smiling, carrying a bag that held two chocolate cupcakes. The hotel key was already in his pocket.

I was young, and I wasn't used to being secretive with my women friends. Some met us later that week for coffee (I lied to Ben and told him I needed to rest in the city before I could travel). During those hectic few days, my friend Ruby came over to a store where Neil was looking for old jazz albums, and afterwards the three of us went to Washington Square and sat on a bench and drank Cokes. Christa (who had gone to grade school with me and worked for a brokerage firm in the city) went to Mary Boone with us and looked at paintings. Later, when he and I started seeing each other, I found out that the editor who'd been at lunch had called Neil the next day, saying she had an extra ticket to hear Spalding Grey.

"What do you want me to do?" he would eventually say to me, "about your friend X, who called me at work and asked me to have a drink with her?"

You make the reasonable assumption that two egotistical people had found each other, shipwrecked like millions of others on the island of Manhattan. It was 1980. Carter was committing adultery in his heart and not getting the hostages freed from Iran, and everyone felt unsettled. The seventies were grinding to a halt like stripped gears. When the talk wasn't about the number of days the hostages had been held, it was about money. Being disenfranchised had about as much cachet as paying for things with cash. Bon Temps Rouler did not exist then -- or, rather, it did, though it was not yet the name of a restaurant in lower Manhattan.