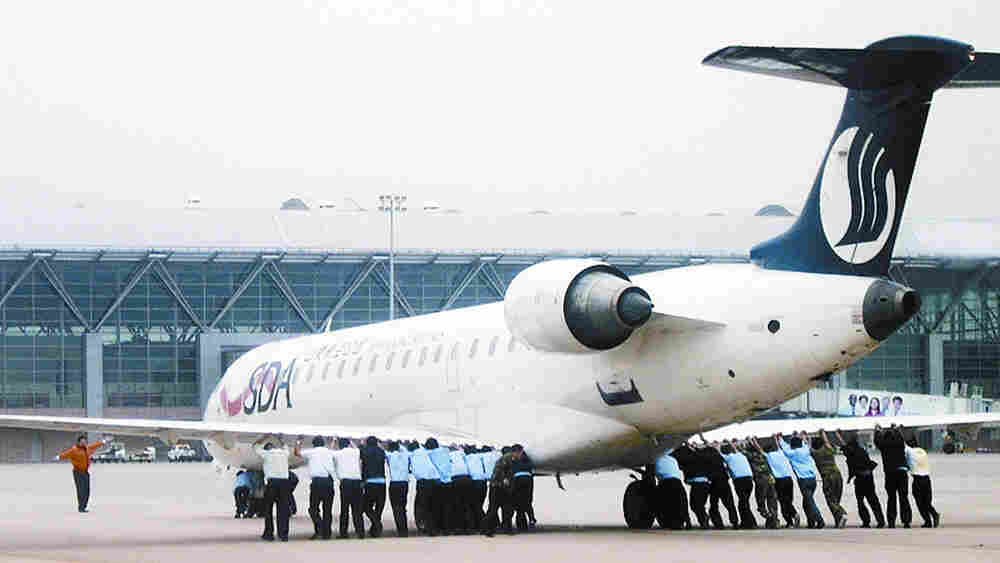 Chinese carrier Shandong Airlines won the Titanic Award for "Most Demanding Taxi." Passengers were asked to push the 20-ton plane half a mile when it broke down shortly after landing. Europics/Alloverpress hide caption 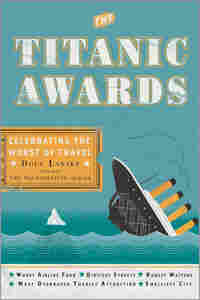 Travel writer Doug Lansky sees a disconnect between the articles he reads about exotic destinations and the stories he and fellow writers trade over beers at the bar.

Glossy tales of lying on the beach drinking coconut milk make it into the magazines, he tells NPR's Liane Hansen, but privately, travel writers like to swap war stories: "juicy nuggets of when you were trapped on this island and the ferry stopped working, or [the] toilet from hell."

So Lansky decided to change that. In The Titanic Awards, he delivers a lighthearted shot across the bow of the travel industry, celebrating the biggest underachievers and funniest failures in travel.

"Ugliest Hotel" went to the 105-story Ryugyong Hotel in North Korea, the biggest eyesore Lansky has ever seen. In fact, he says, "It's so ugly they've actually airbrushed it out of a number of postcards of the city." Construction on the hotel began in 1987 and stopped five years later when money ran out. This year marks its 18th no-grand opening.

Through his research, Lansky learned of some common gripes that hoteliers should heed if they're interested in improving customer satisfaction. "Like hotels that will charge you $5 to bring a fax to your room, or charge you $20 or $30 for a breakfast that you have to pay for, because there's nothing else in the vicinity." Charges like that may earn a hotel its very own Titanic Award. 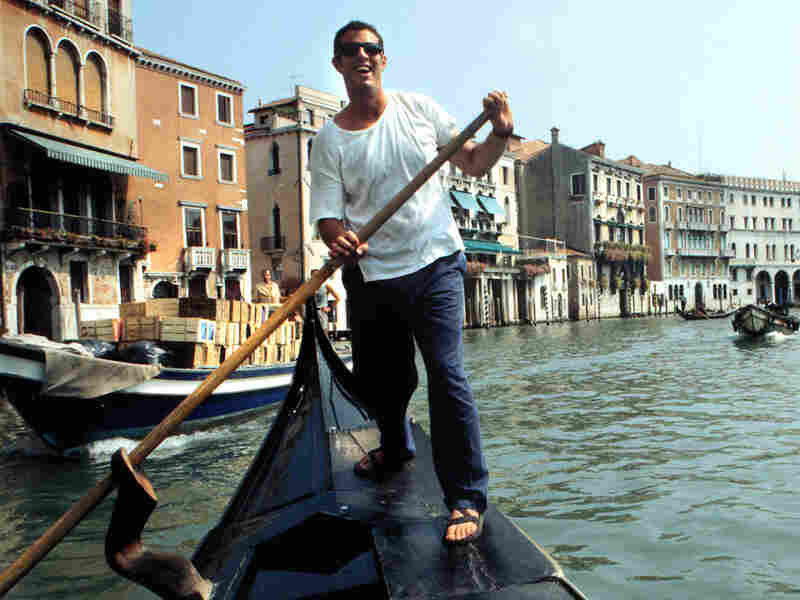 During his time abroad, writer Doug Lansky has endured dysentery and being run over by a car. And still, he loves to travel. Courtesy of Doug Lansky hide caption 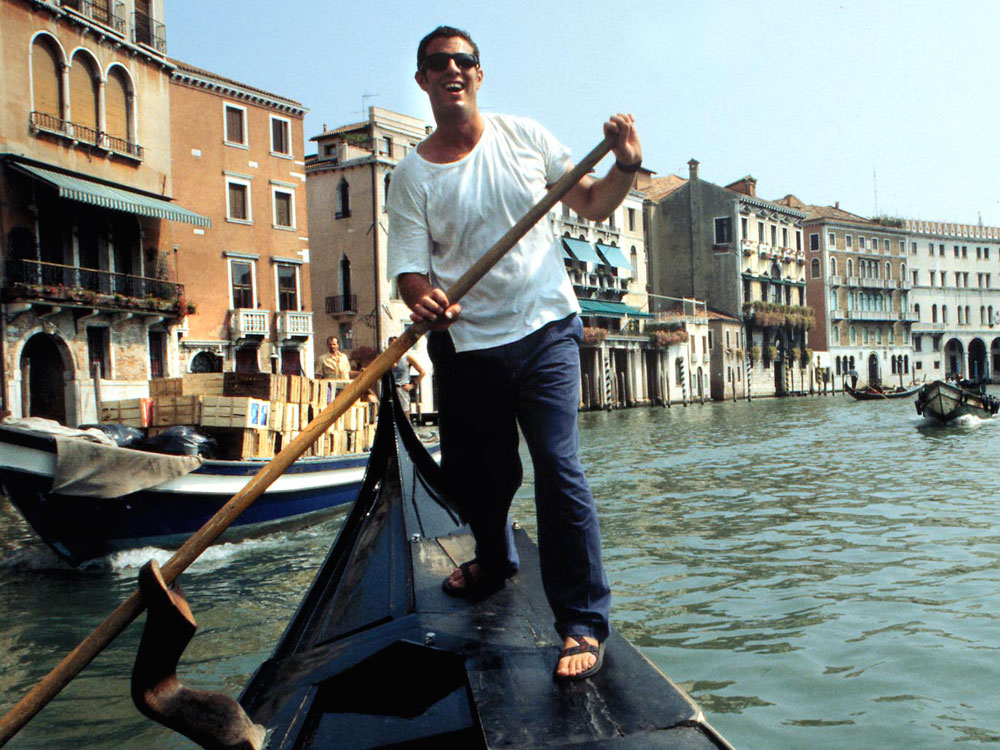 During his time abroad, writer Doug Lansky has endured dysentery and being run over by a car. And still, he loves to travel.

So what can travelers do about bumps along the road? Lansky offers simple advice: "Roll with it."

If you can, he says, you may just wind up happening upon your most memorable experiences. For example, he says, "when a bus breaks down in a small town and it forces you to spend the night there, that's where it's easy to meet the locals."

And "at the very, very least, if you've had to have suffered through this thing, you'll at least get a good bar story out of it."

DUMBEST REASON TO GET THROWN OFF A PLANE

After an 11-hour layover at Bush Intercontinental Airport in Houston, Kate and her 19-month-old son, Garren, finally got on their Continental ExpressJet flight home. Kate was trying to keep her son occupied during the preflight procedures and pointed out another aircraft out the window. "Bye, bye, plane," Garren said. He repeated this many times while a flight attendant went over safety instructions.

After the safety demo, the flight attendant leaned over the man sitting in the aisle seat and said to the mom: "Okay, it's not funny anymore. You need to shut your baby up." Kate explained she was simply distracting her son until he fell asleep, which he would be doing shortly. The flight attendant suggested giving the child an allergy medication to help him sleep. Kate refused to drug her child at the flight attendant's request, and their discussion escalated into an argument.

The flight attendant told the captain that a woman had threatened her (Kate denied making any threats), so he agreed to taxi back to the airport. A witness on the flight said she heard the flight attendant brag to Kate that "We're going back to the gate." Other passengers came to the defense of Kate (and her now sleeping son) to try to keep them from getting thrown off, but to no avail. She was told the police would remove her if she didn't disembark immediately. Kate and her son had no choice but to exit the plane and try to find a place to spend the night.

An ExpressJet spokeswoman merely recited the standard line that any passenger compromising the safety of the other passengers or crew or undermining a crew member's authority may be removed from the aircraft. Though the airline was happy to explain to the media that they "take any complaints about these issues seriously."

A.C. reportedly made an appointment to meet with his lawyer later that afternoon to decide on an appropriate course of action.

The service on most American Airlines flights makes Ryanair look like Concorde.

AIRPORT WITH MOST CONFUSING LAY OUT (OF 50 BIGGEST)

EUROPEAN AIRLINE WITH MOST CONSISTENT DELAYS (SHORT AND MEDIUM-HAUL FLIGHTS)

Its most impressive quarter was Q3 2007, when a noteworthy 57.5 percent of its flights had delays.

Flew to Ireland despite a severe head cold. As the landing approached, I desperately yawned, huffed, etc. But as my wife gazed out the window at that gorgeous green countryside for the first time, my eardrum burst. Significant pain. (But there's good news -- they grow back.)

Its most impressive quarter was Q3 2007, when it managed to delay 30 pieces of luggage per 1,000 transported.

Source: Association of European Airlines Consumer Report (Most recent year with statistics available: Q2 2007 -- Q1 2008; calculation was made based on average quarterly ranking)

This is an easy one. Miami. To me, it's the last flight out of Saigon every time I go through the place. The only redeeming thing in the entire airport is the great Cuban food at La Carreta, which you'll be eating since you stand an excellent chance of not going anywhere fast.

When British Airways flight 268 departed Los Angeles en route to London with 352 passengers and 18 crew, the 747 pilot soon realized that only three of the four engines were operating. How did he know? Perhaps it was when the entire number two engine burst into flames before the plane even left L.A. County airspace. Faced with the choice of flying with three engines for the remaining 11 hours or dumping $30,000 in fuel to make an emergency landing (and possibly paying upwards of $275,000 to compensate passengers for a late arrival), the British Airways home office suggested the pilot go for it. The pilot then told the control tower in L.A. that he and his crew would try to "get as far as we can." The control tower officer, which had witnessed the flames coming from the plane, was stunned. Impressively, the plane nearly made it to London. Low fuel levels deterred that plan and forced the pilot to make a safe emergency landing in Manchester. Surprised by the decision? The Air Accident Investigation Branch, part of the UK's Department of Transport, found that continuing after an engine failure occurred on 15 other BA flights in the last five years.

A pilot flying a Boeing 737 for the Turkish airline Anadolujet left the cockpit to use the bathroom. No problem there. But he left the controls in the hands of a 15-year-old boy. Small problem.

The pilot was likely unaware of a similar incident in 1994 that killed 70 people on an Aeroflot flight when the pilot's son turned off the autopilot.

Anadolujet, much to its credit, sacked the pilot, but not before picking up a Titanic Award.

The worst has to be in Douala, Cameroon. Aside from the bribes, there's the complete lack of air-conditioning, chairs, facilities, and organization. Charles de Gaulle runs a tough second.

Reprinted from The Titanic Awards by Doug Lansky by arrangement with Perigee, a member of Penguin Group (USA) Inc., Copyright 2010. 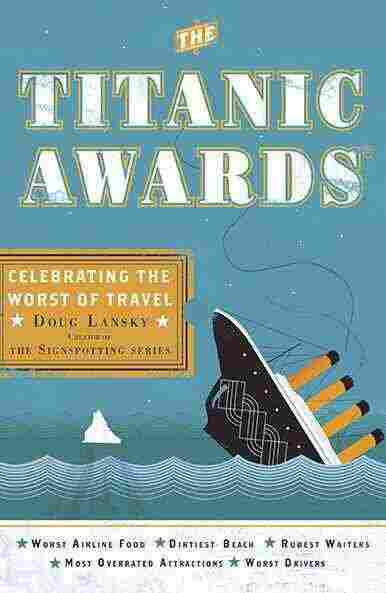 Celebrating the Worst of Travel