Accessibility links
Lincoln Urges Ark. Voters Not To Run Her Off It doesn't seem to matter whether you're a Republican or a Democrat -- if you're a political incumbent and your place of business is Washington, D.C., your name is mud. One incumbent in serious trouble is Arkansas Sen. Blanche Lincoln, who is heading into a runoff Tuesday against Lt. Gov. Bill Halter to decide the Democratic nomination. 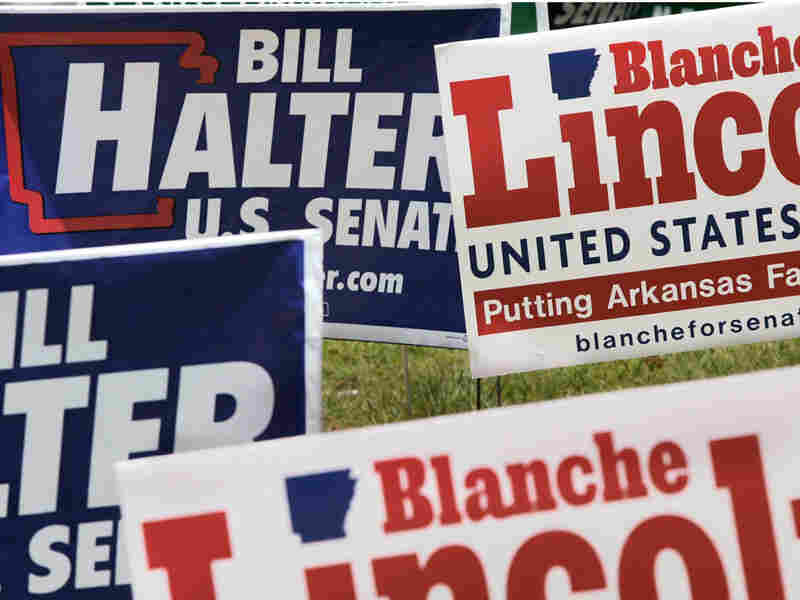 A cluster of Bill Halter and Blanche Lincoln campaign signs at an intersection in Little Rock, Ark., on Tuesday. Danny Johnston/AP hide caption 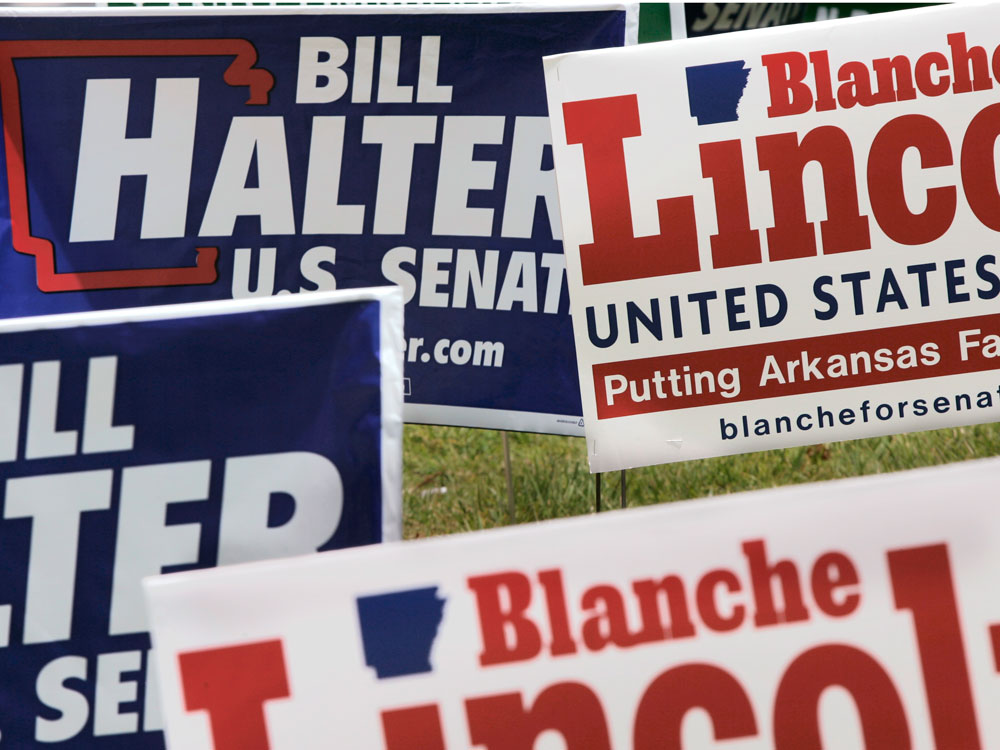 A cluster of Bill Halter and Blanche Lincoln campaign signs at an intersection in Little Rock, Ark., on Tuesday.

It doesn't seem to matter whether you're a Republican or a Democrat -- if you're a political incumbent and your place of business is Washington, D.C., your name is mud.

One incumbent in serious trouble is Arkansas Sen. Blanche Lincoln, who is heading into a runoff Tuesday against Lt. Gov. Bill Halter to decide the Democratic nomination.

A week before the primary vote on May 18, polls showed Lincoln with about a 9-point lead. But those polls were wrong. Lincoln barely beat Halter and came nowhere near the 50 percent margin she needed to win outright.

Two weeks later, Lincoln is hoping the polls are wrong again -- because now they show Halter slightly in the lead.

It is not easy being an incumbent these days. Voters are unhappy about the economy, the deficit, the oil spill, the wars in Iraq and Afghanistan, the job situation, the bank bailouts -- it's an extensive list. 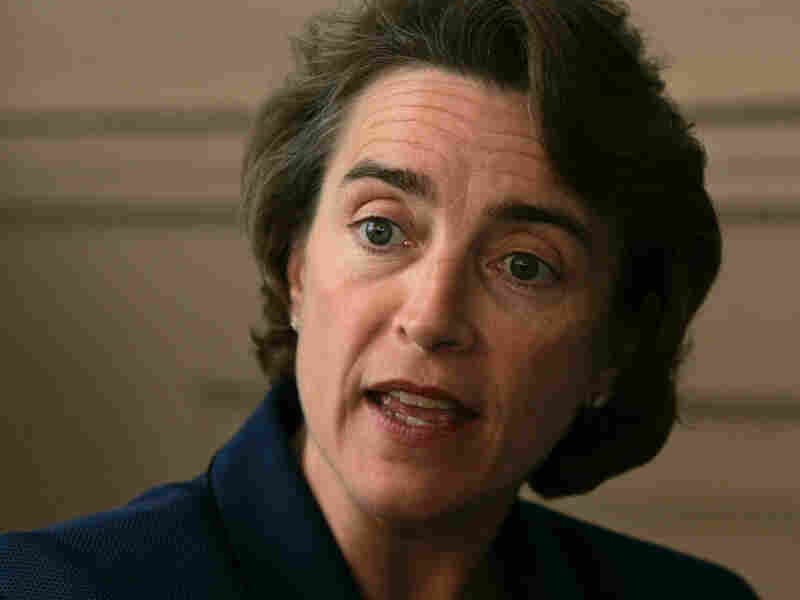 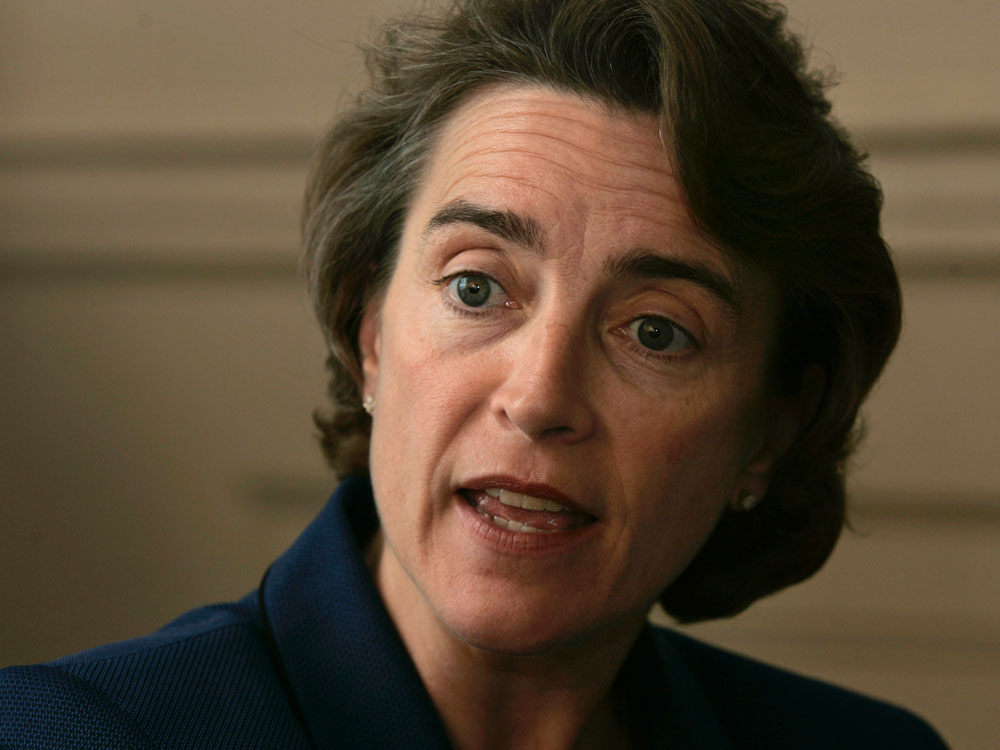 If voters don't know exactly what they would have done differently had they been in charge, they know they have seen enough of those who have been calling the shots. In Lincoln’s latest ad, she acknowledges the widespread discontent.

"I know you’re angry at Washington. Believe me, I heard you on May 18," she says in the ad. "But I won’t back down to the Washington unions or the Wall Street banks that don't care about Arkansas. And I won’t back down as the chairman of the Agriculture Committee in fighting for child nutrition and family farms. ... I’d rather lose this election fighting for what’s right than win by turning my back on Arkansas."

During a recent campaign stop at an early voting location in Conway, Ark., Lincoln finds a group of about 25 supporters. "How’s our early voting going?" she asks.

In a parking lot, the senator subtly points out that while voters are angry with elected officials, there is a flip side to the incumbency coin.

"I share their anger; I share their frustration. I went to Washington to make change and I think I’ve worked hard to get into places where I can," she says. "I produced the toughest bill on Wall Street of anybody up there. I also took over as chairman of the Ag Committee and produced the largest increase in child nutrition in the history of the program."

Lincoln knows if rural Arkansas is going to develop economically, federal money is going to have to be a big part of that. Many in the small crowd are Lincoln staff or volunteers, but one man has made his way here to ask the senator for her help.

He asks Lincoln if she's familiar with a central Arkansas water project, and Lincoln assures him that money is in the pipeline to keep the project going. 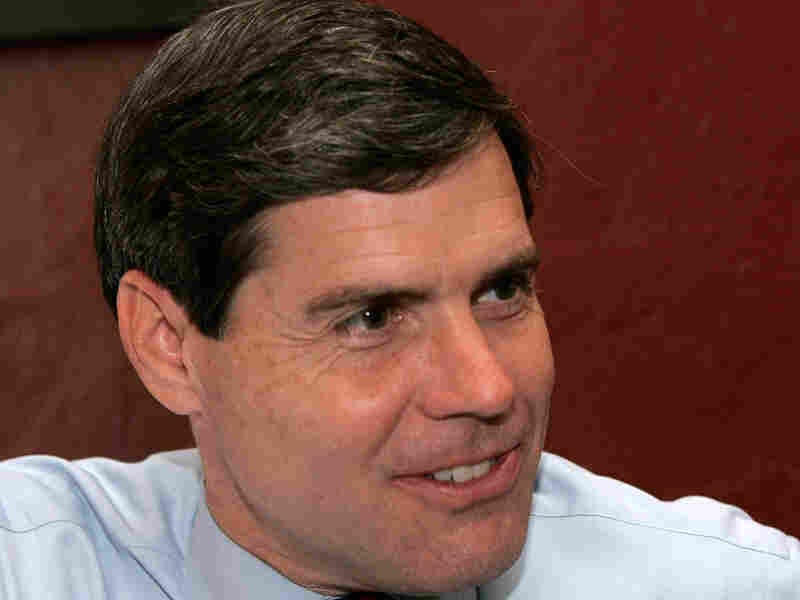 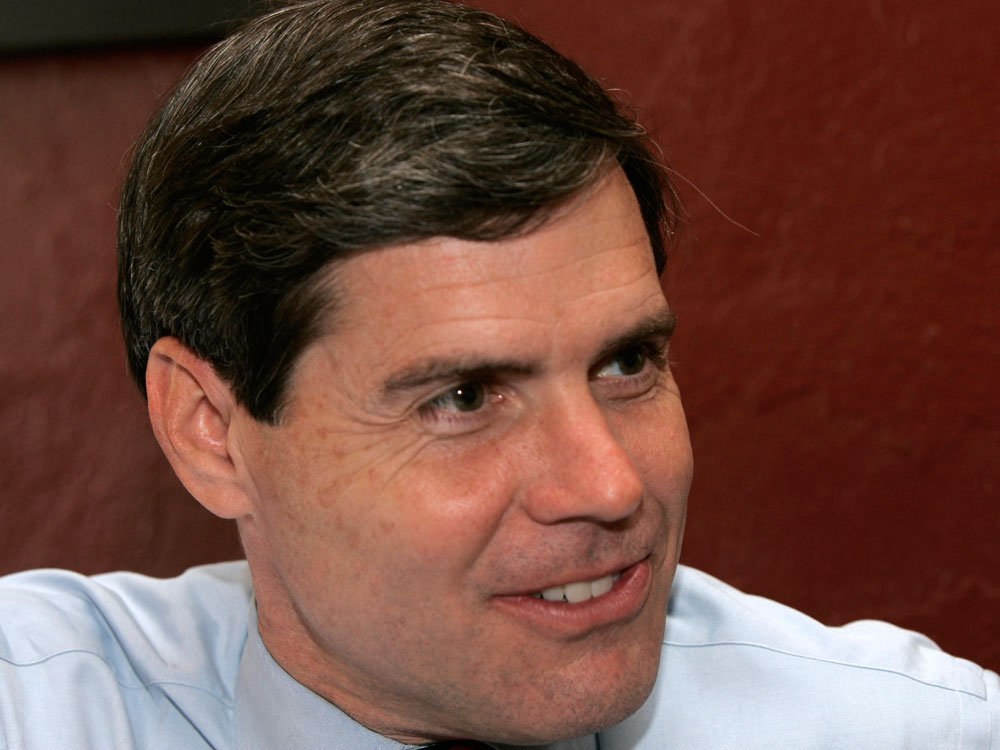 Arkansas Lt. Gov. Bill Halter is running as a populist outsider and has attracted support from trade unions and progressive groups.

Thirty miles away in Little Rock, Lincoln’s opponent is standing outside his campaign headquarters, getting reports from the field.

Halter’s candidacy and success might seem improbable in state like Arkansas. He’s running as a populist outsider and has attracted support from trade unions and progressive groups like MoveOn.org. His candidacy is partly a response to Democratic frustration with Lincoln’s inconsistency on the health care bill and her refusal to support the Employee Free Choice Act.

Halter's good looks and articulate style have resonated to a degree that has surprised many pundits here, and he has positioned himself as an advocate for working- and middle-class voters.

"I’ve said that the first bill that I will introduce as United States senator is a bill to remove the tax incentives that currently encourage American companies to ship jobs oversees and to replace those tax incentives with tax credits for those companies that create jobs here in Arkansas or across America," he says. "That is something that resonates strongly with Arkansas voters."

Unlike most challengers, Halter also has had plenty of money for television advertising -- including a recent spot blasting Lincoln for accepting campaign contributions from oil and gas companies.

By attacking corporate elites and their political allies in Washington, Halter has garnered support from some surprising places. Like rural Arkansas, for example, where Lincoln, chairman of the Agriculture Committee, was expected to trounce Halter -- but didn’t.

"Well, that’s the beautiful and strange thing here. I would bet that a lot of those rural white swing voters don’t know that Halter owes his candidacy to labor unions and organizations like MoveOn.org," says Janine Parry, a political science professor at the University of Arkansas and director of the Arkansas Poll. "On his TV ads, he was very effective about beating the drum about Washington being broken. And that was very attractive to those rural white swing voters who make or break elections here in Arkansas."

The contest is so close it is within the margin of polling error. The current political wisdom is that Lincoln and Halter are simply vying for the right to get trounced by the Republican candidate, John Boozman, come November.

But as Halter has already proved, Arkansas politics can be unpredictable, and November is many months away.