Accessibility links
A Little Bird Mired In Oil Illuminates A Big Problem One photo is drawing eyes around the world -- and may become the defining image of an environmental disaster. It's of a tiny bird -- called a laughing gull -- covered in horrific gunk that looks like melted chocolate. But there's a bit of good news, according to the bird rescue center where it was taken: The little guy should survive. 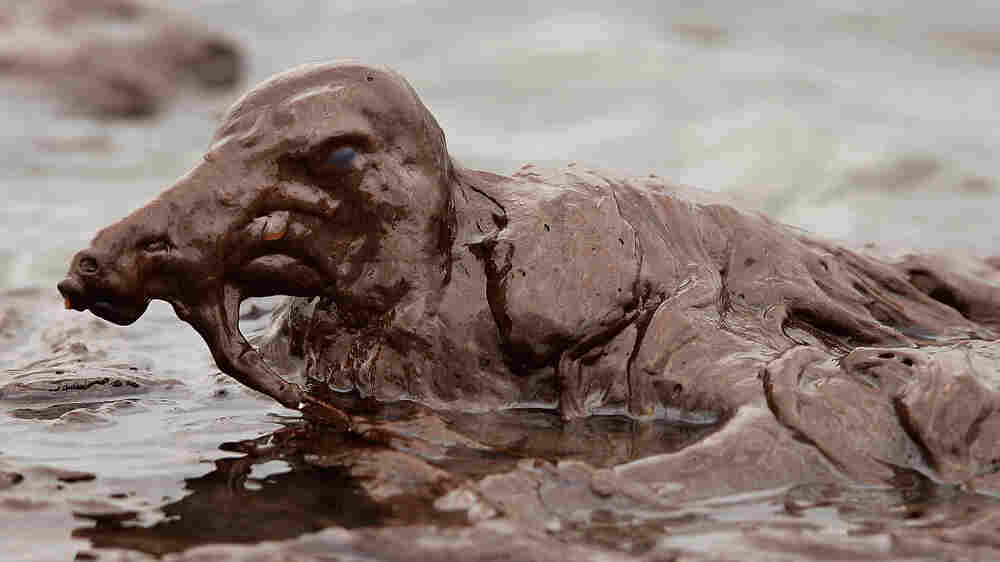 Underneath all this oily gunk is a little bird known as a laughing gull. It was rescued Thursday from a beach on East Grand Terre Island along the Louisiana coast. Charlie Riedel/AP hide caption 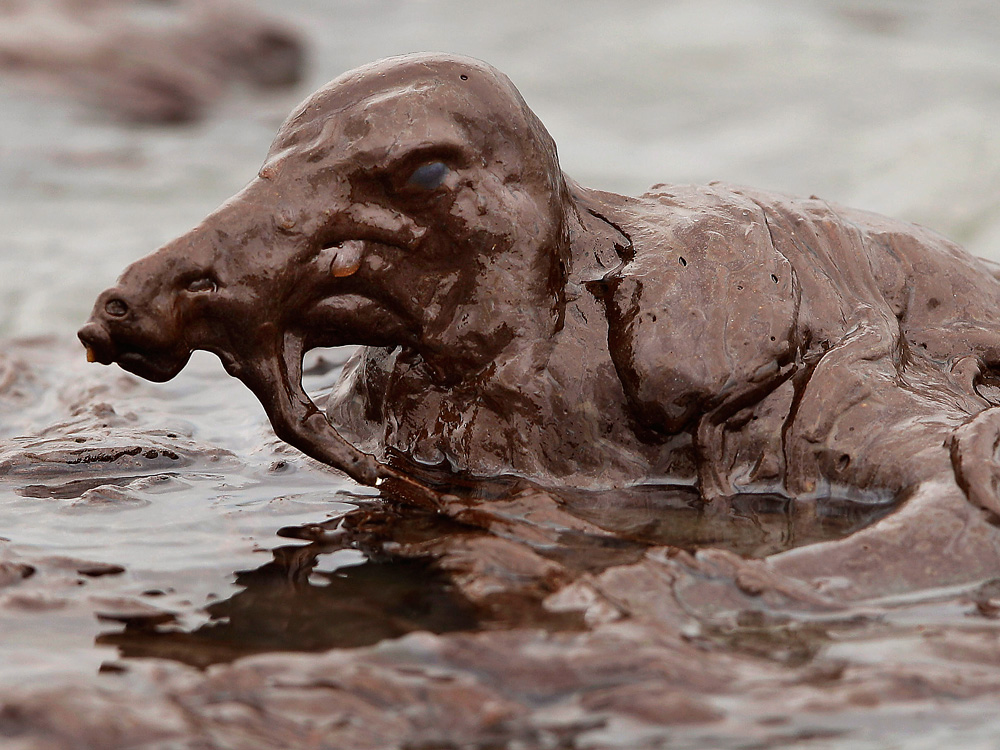 Underneath all this oily gunk is a little bird known as a laughing gull. It was rescued Thursday from a beach on East Grand Terre Island along the Louisiana coast.

Sometimes a single picture has a way of capturing an important news story in a way that remains fixed in the public’s imagination and defines that story.

That happened Friday, when people around the world picked up newspapers or clicked on computers to see a heartbreaking image of a single bird covered in a layer of gunk that looked like melted chocolate.

That gunk, of course, was oil, and that bird was found along the coast of East Grand Terre Island, La.

And despite the horrific image, that little bird -- a laughing gull -- is lucky, according to Jay Holcomb, executive director of the International Bird Rescue Research Center, where the creature is being treated.

Holcomb tells NPR’s Michele Norris that the bird was rescued early -- “so even though it’s covered in oil and it’s tired, it’s in relatively decent shape.”

But the little gull is the symbol of a scary turning point for wildlife on the Gulf Coast, Holcomb says. Yesterday, a big swath of surface oil broke free of the main slick and headed toward shore.

“People started picking up these birds that were really diving into it and trying to catch fish,” Holcomb says. “Pelicans and gulls, they don’t see oil and anything other than something floating on the surface like sea foam or plants or whatever.”

And at the center, cleaning them is a serious challenge. “This is really gooey oil, and it’s not easy to get off. We really have to scrub the birds to get it off.”

But for the 29 brown pelicans and 15 laughing gulls brought into Holcomb’s bird rescue center yesterday, the news was generally good. He says they were rescued early, before hypothermia and exhaustion could set in. And that, he says, means they have a good chance of surviving.