Accessibility links
How Times Have Changed, Ex-Playboy Bunnies Say The first Playboy Club opened in Chicago in 1960. On the 50th anniversary of the clubs, host Scott Simon speaks to two former Playboy Bunnies who experienced the glamor and the disdain. 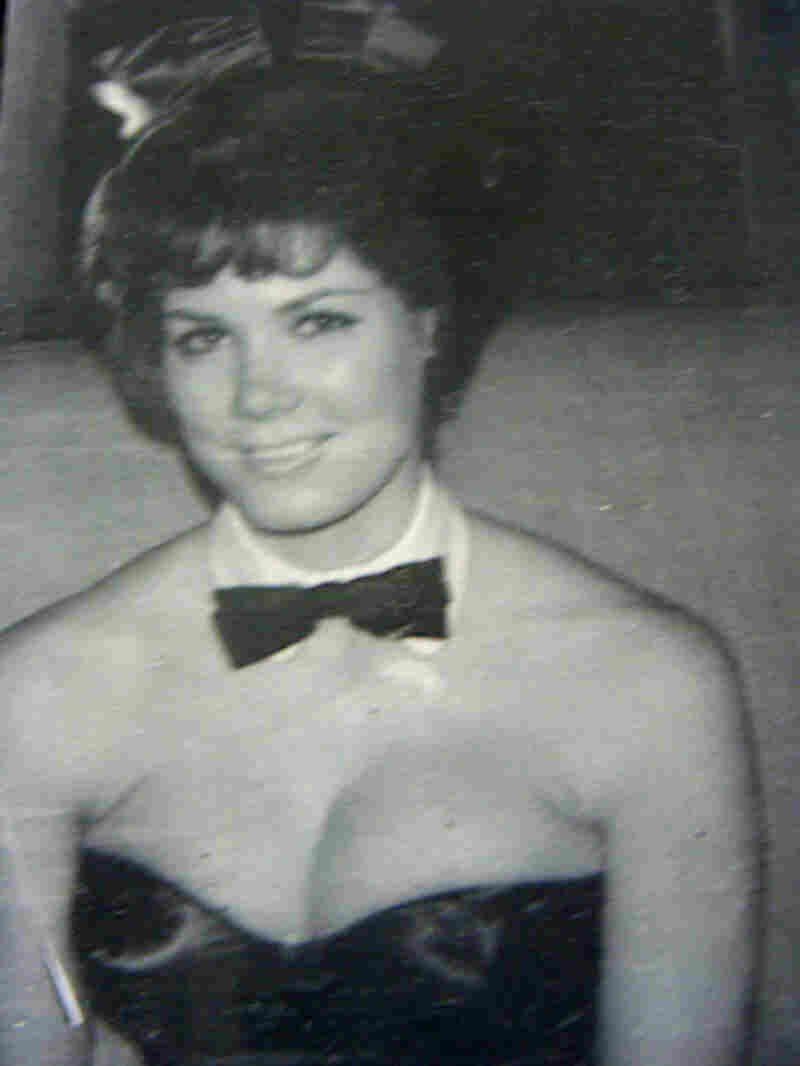 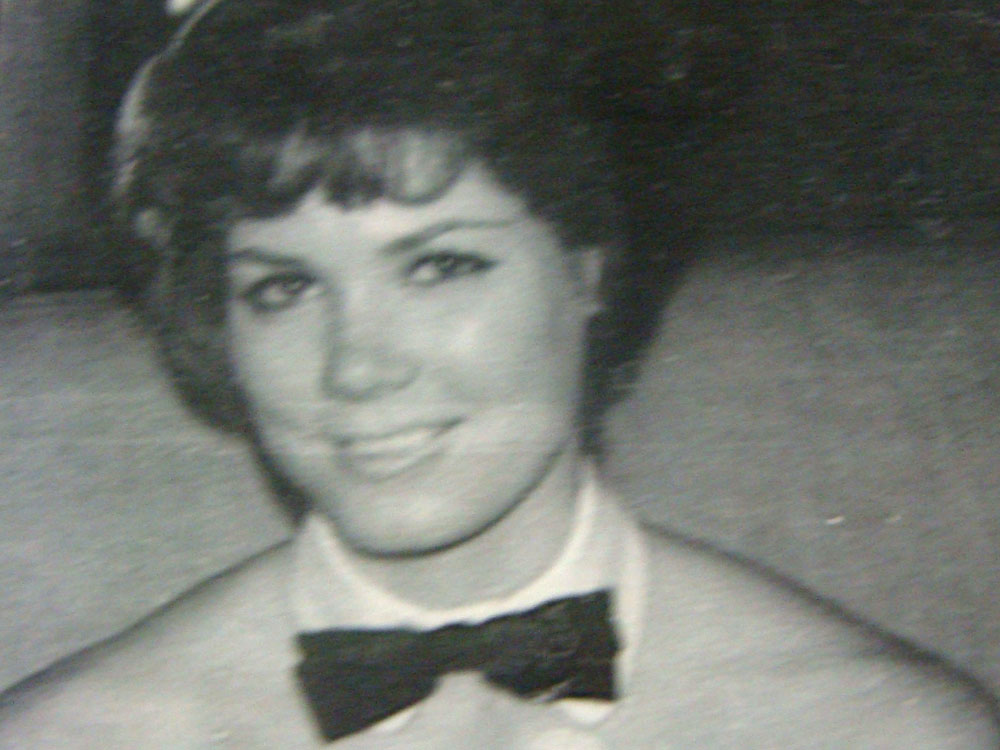 Nancy Downey Caddick as a Playboy Bunny in the 60s.

I went to Chicago's Playboy Club for my 21st birthday. We had good family friends, Auntie Abba and Auntie Jeri, who helped teach Bunnies at the Chicago Playboy Club how to walk and serve food and drinks, including the famous "Bunny Dip" that ensured modesty.

Being a Bunny was considered good work; Hugh Hefner insisted that his customers behave. Those who didn't -- be they big-rollers, simple boors or Hollywood Stars -- got the toss.

Gloria Steinem worked at the Manhattan Playboy Club and later wrote the expose that helped make her a star in journalism. Actress Lauren Hutton was a Bunny, as was singer Deborah Harry and Kimba Wood, who trained at the London Club before heading off to Harvard Law. She is now federal Judge Wood.

But by the 1980's, Playboy Clubs were failing. What once seemed glamorous and daring had become hokey -- and degrading to women.

Two Playboy Bunnies Then And Now

Nancy Downey Caddick was one of the first women to work at the Chicago Club. She's a clinical social worker at Northwestern Memorial Hospital and now lives in the Chicago area. She became a Playboy Bunny in the early '60s because she heard it was fun.

"I heard that you could make a lot of money, and I wanted it to be a sort of transition before I decided what it is I want to do with the rest of my life," she says. 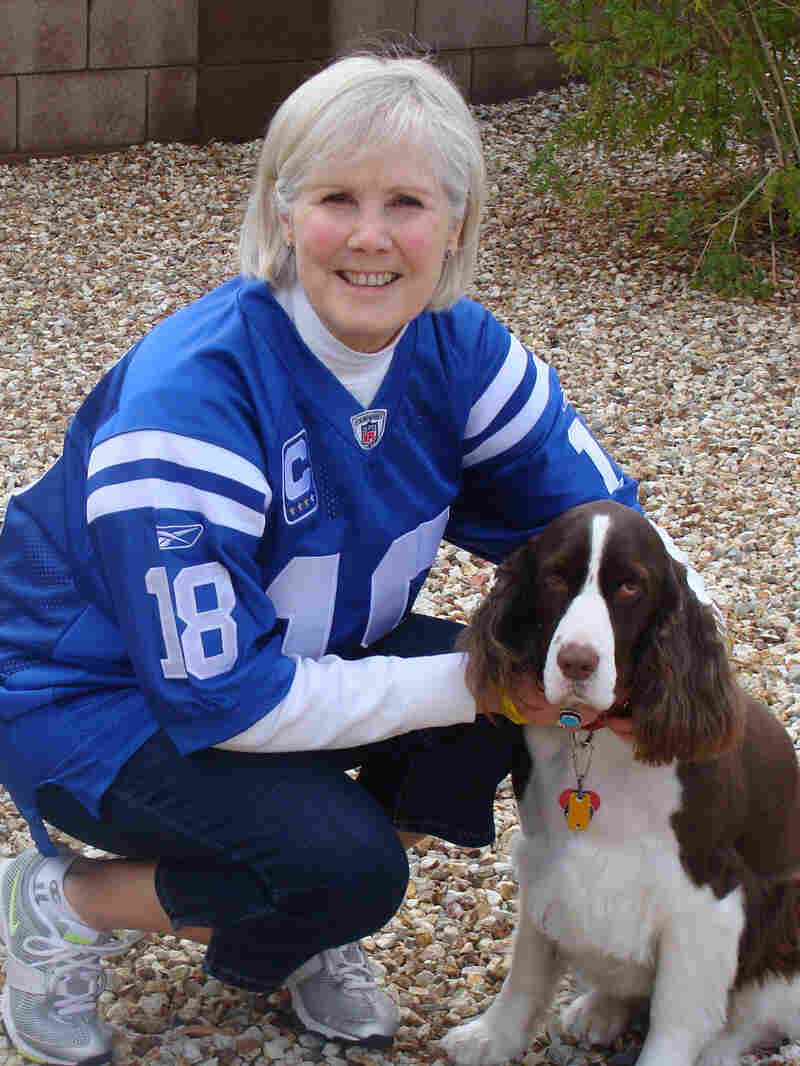 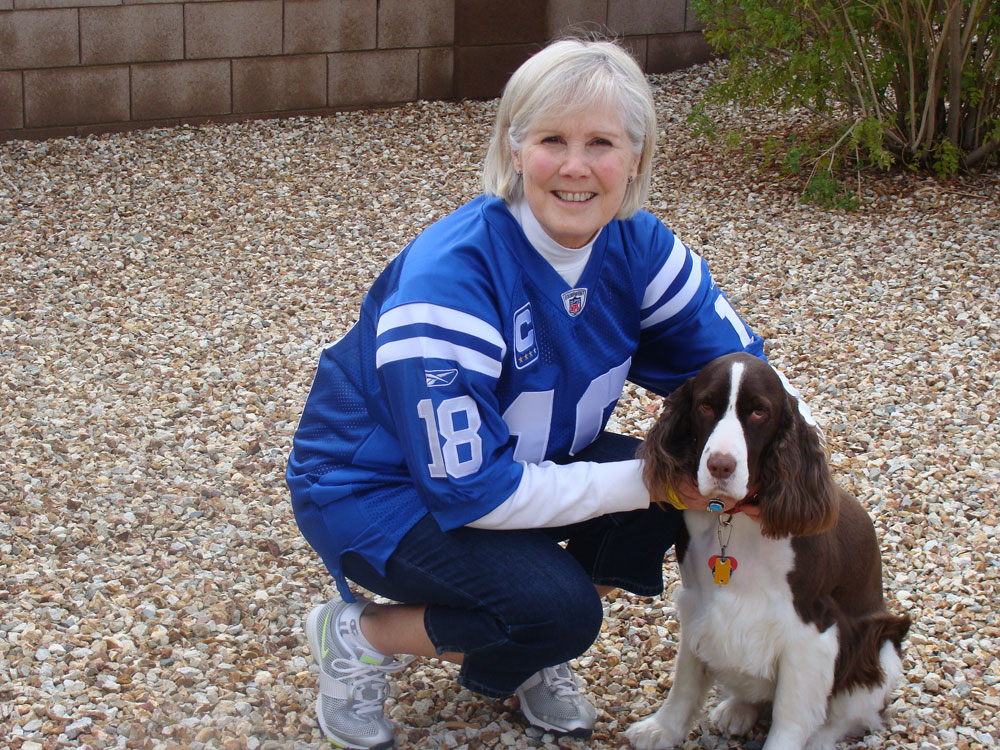 Mary Chipman of South Florida worked at the New York and London Playboy Clubs. She now works for Microsoft as a computer program writer and has written books on programming. She became a Bunny in 1971. Ms. Chipman says she was on an adventure.

"I arrived in New York City with basically $6 to my name to see a friend who was writing and producing a Broadway musical -- which closed after one night. And I loved New York, and I said, 'I gotta stay here.' And, of course, I didn't have any clue as to what I would do for a living, so I walked into the Playboy Club and they hired me on the spot."

In the 60s, Ms. Downey Caddick says, the club's atmosphere was that of a private men's club, with jazz music playing and top-notch entertainers. "The atmosphere was fun," she says. "It was glamorous. It was the place to be in Chicago."

But things were different by the time Ms. Chipman arrived.

"The club had seen better days," she says. "The clientele, they weren't really the high rollers. The girls who made a lot of money had been there a long time. There was a very powerful union that protected seniority, so they only had to work a couple of nights a week in the showrooms, whereas the rest of us slaved, you know, five or six nights a week, basically hanging around and hoping for people to come in so we could make a living."

"You had the whole women's lib thing going on as well," Ms. Chipman says. "It wasn't really that cool to be a Playboy Bunny. It had been glamorous 10 years before, but it wasn't so much at that point."

The difference between the two Bunnies extends to their trademark outfits, which come complete with rabbit ears and a tail. Ms. Downey Caddick found the costumes amusing.

"The first one in the '60s was a merry widow corset that they fitted you in," she recalls. "They would ask your cup size, and you would tell them, and they would always go smaller. And they were tight, this costume was very tight. I have to tell you, the first time I put on the ears, I thought, 'Oh, my!'

"But the customers loved it. They loved the tails, and I particularly loved the cuffs and the cufflinks. And the bow tie."

Ms. Chipman came in at a more feminist age. She loathed every aspect of the costume. "I really did. It wasn't the sexiness of it, which was OK, it was the whole idea of the ears and the tail -- I just thought it was very degrading.

"Once you make yourself into this Bunny -- which isn't really a woman, it's kind of just this hybrid creature -- people felt entitled to take liberties with you. People would feel entitled to pull your tail or touch you.

"Of course, the management would protect you from all of this, but you know, still, that was the natural impulse," she says. "The usual social barriers of treating women with a certain amount of respect were somewhat dissolved by the costume, I felt."

Ms. Downey Caddick found the most difficult customers to be the women, not the men.

"I would have a couple of incidents where a woman would pull my tail," she says. "Another one would just continue to make all kinds of nasty statements to me as I'm trying to serve them."

Nothing Ms. Downey Caddick said seemed to please one of her female customers. "So I mentioned it to my colleagues and I said, ‘I don't know what to do.'"

"'I do,'" another coworker said. They set up a tray of sticky drinks like brandy Alexanders and grasshoppers. Ms. Downey Caddick headed toward the customer's table carrying it. Passing by, another coworker tipped the tray and it fell right in the woman's lap.

"Of course, she was screaming and carrying on, and of course the manager, the room manager, apologized and I thought, ‘Well, she may not come back again, but if she does, maybe she'll rethink how she communicates with the Bunnies!'"

A Time To Remember -- Or Maybe Not

Both women took different approaches to their Bunny past when it came time to change careers. Ms. Chipman kept it secret.

"I don't tell them," the computer programmer says. "It doesn't do you any good, really. The industry I work in is a very young industry; most of the people I work with are so much younger, they have no idea what it was. It's a curiosity -- kind of dates you."

But as she gets older, she finds her perspective changing. Now, she says, she just doesn't care. "I had a colorful, adventurous life, and that was one part of it, and that's who I was -- who I am.

"But it doesn't do any good to put it on your resume."

"I have a different experience," Ms. Downey Caddick says. "I was applying for a position at Northwestern Memorial -- this is before I [became] a social worker -- and the position was for an office manager in respiratory therapy and I decided to put my years as a Bunny on the bottom of the resume.

"I got a call that afternoon, I got an interview the next day, and I was hired that day because they liked my looks. And this particular manager had fond memories of Playboy."

Both women hope the new generation of Bunnies cherishes the adventure. Ms. Chipman regrets how she felt about being a Bunny. "I wish I had had a more playful attitude about my Bunny experience at the time," she says now. "I think I took myself way too seriously."

"Who we are is a combination of all these experiences," she says. "These are great stories to tell my grandchildren and to have a feeling, at the end of life, that one has really had a view of it."

With that, Ms. Chipman says, she absolutely agrees.